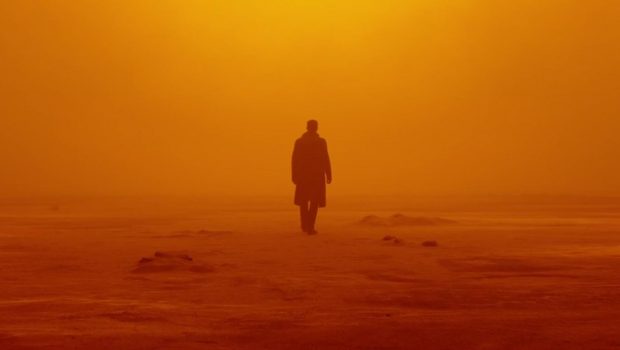 Early in the 21st Century, the Tyrell Corporation created artificial humans known as Replicants. While originally used as slave labour in the off-world colonies, they were declared illegal on Earth after the violent mutiny by a group of Replicants known as Nexus 6. The police units tasked with hunting down Replicants were called Blade Runners. After the failure of the world’s ecosystems and the subsequent collapse of the Tyrell Corporation, Niander Wallace (Jared Leto) engineered and developed the superior Nexus 8. On assignment to apprehend a rogue Nexus 8 replicant, the Blade Runner known as Agent K (Ryan Gosling) uncovers a secret with dangerous links to the past and present industry of replicant production.

Based on the novel Do Androids Dream of Electric Sheep? (1968) by renowned science fiction author Philip K. Dick, the original Blade Runner (1982) film was a bold interpretation of a novel that explored the responsibility and morality of creating life and the empathy of both sides of that creation. Los Angeles was represented in Blade Runner as an encompassing, grime-filled, neon-soaked, fading metropolis. Director Ridley Scott molded his adaptation as a futuristic noir, effectively aided by elaborate production design and a synthesizer lead soundtrack composed by Vangelis.

Blade Runner arrived in cinemas to mixed reviews and moderate box office success. Despite packing the star power of Harrison Ford, the dark tone and the meditative pacing of the film left audiences conflicted, as they were more comfortable with seeing Ford as the wise-cracking Han Solo. Opinions remain divided and discussed over the outcome of Ford’s character Rick Deckard, mostly due to multiple edits being released since the first theatrical run. The final edit, aptly named Blade Runner: The Final Cut, arrived on the 25th anniversary of the film in in 2007; it stands as the director’s clearest and most deliberate vision of the film to date. Time has enriched the thought-provoking experience of watching Blade Runner, which now exists undeniably as the visual benchmark for dark and dystopian science fiction cinema.

The Los Angeles of 2049 continues to breathe as a darkened, overcrowded and industrialised hive teasing at dreams of life on off-world colonies. Through Agent K’s eyes, this time we are privy to this futuristic L.A. during the glaring daylight hours as well. Director Denis Villeneuve brings us into a familiar place, but through his design choices he isn’t afraid to shine a light on a different view of this well-established world. 2049 has immediate cinematic echoes of Blade Runner but it is clear from the opening that it’s not a straight reproduction. Like a Replicant, it’s a creation that has its own personality.

Visually, 2049 differs greatly from its predecessor by engraving a new identity that opens the world in confronting but beautiful ways. The indoor scenes with Agent K are well lit and sleek. These scenes are simply constructed and reflect the life he leads. Exterior scenes in LA remain dark and polluted, befitting of the danger around him. The familiar streets and sidewalks seem even more overbearing and the weather, falling relentlessly upon the city, has only worsened during our time away. Scenes late in the film also contain a refreshing colourwash inspired by the 2009 Sydney dust storm. Embracing iconic imagery and razor-sharp sound design, these scenes are a highlight that bring together the old and new in more ways than one.

2049 doesn’t completely avoid its detective noir roots, but stylistically attempts a broader cinematic reach. The obvious absence of darkness will deter many fans who connected with the over-shadowed noir aesthetic of the first film. Another change in style comes from the absence of the original Vangelis soundtrack. Hans Zimmer and Benjamin Wallfisch have created an initially impacting electronic score that opens to beautiful effect alongside Roger Deakins’ cinematography but it soon falls into familiar territory as the horn section of the orchestra blasts into overly loud banality. The score gradually fails to personalise and link the characters to strong themes, therefore never complementing the film as successfully as the original Vangelis score. The lack of any memorable themes or creative continuation from the uniquely classic soundtrack leaves this score as the film’s biggest downfall. 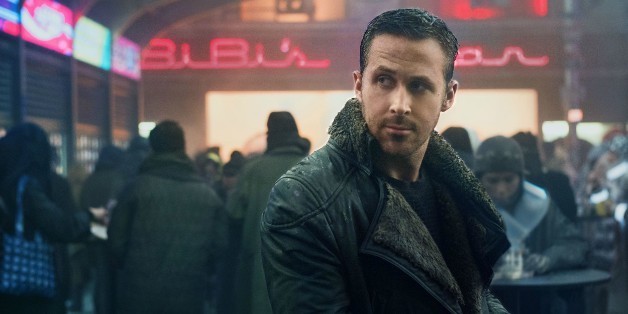 Ryan Gosling with his thousand-yard-stare was an obvious casting choice to wield the deadly hand cannon of the Blade Runner. His performance of Agent K has a measured subtlety and progresses with a sturdy and fitting nuance. Despite his success, the actor has many detractors, and while he is onscreen, his abilities will never cease to be a topic of debate. The actor’s skill lies in stillness and the ability of knowing the end result of the relationship an actor shares with the cinematographer. His scenes with Ford are a highlight with Gosling standing toe to toe against the legendary original Blade Runner with poise and fitting gruffness.

After the juvenile and completely torturous experience that was Indiana Jones and the Kingdom of the Crystal Skull (2008) and his overly nostalgic kick-to-the-heart return as Han Solo in Star Wars: The Force Awakens (2015), it was with trepidation that many looked at Ford returning to another classic character. Ford’s age shows, which will raise many questions about Deckard that won’t be spoilt here. By bringing his age and experience to the older Deckard character, the actor reveals much through his expressions. Lines are delivered slowly and with the usual Ford charm, albeit a little more than beaten down this time. Ford is commanding with a few well-scripted lines for him to have fun with and his presence adds a compelling gravitas to the film. Giving how we left his character, it’s an emotional moment for his on-screen return but one can’t help thinking that Deckard would have gone completely mad given the circumstances and the emotional fallout of his character’s experiences.

Sylvia Hoeks as the replicant Luv is a standout in the supporting cast because she is menacing, calculating yet controlled and professional. She is a chilling new addition to the Replicant family and leaves the audience wanting to know more about her character. Villeneuve has stated that he wanted David Bowie for the role of Niander Wallace, but in his passing Jared Leto was cast. Following in the footsteps of Joe Turkel, Bowie would have been a perfect casting choice especially given his science fiction lineage as The Man Who Fell to Earth (1976). The role of Wallace would have benefited from someone more seasoned to counterweight the performances of Turkel and now Ford. The ill-fitting age gap, coupled with the distracting and completely unnecessary computer effects used with his character, leaves Leto’s performance falling short, especially when considering the mirroring scenes in the Tyrell corporation from the original film. 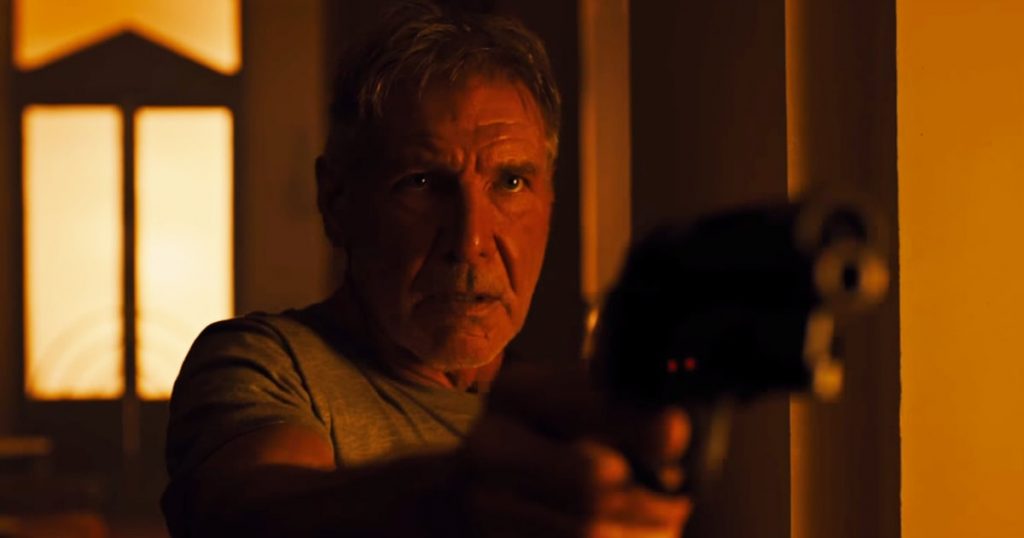 Ana De Armas as Joi would have benefited from more character development. Her role is supposed to be of a serving nature but there was more room to move, especially within this genre. When the writers try to push her character in a stronger emotional direction in the final act, it doesn’t have the emotional pull that’s needed to benefit the story. Robin Wright puts in a weighty performance with steely delivery. She and Gosling work well together and she is well cast and fitting within the universe.

Denis Villeneuve has constructed a number of sophisticated films throughout his career, including Prisoners (2013), Sicario (2015) and most recently Arrival (2016). He has tackled multiple genres with proficiency by allowing the genre of the work to never override the importance of the characters. He was the perfect choice to take on Scott’s legacy (Scott returns as a producer) and has wisely given this film its own identity while managing to keep a hold on the past. His partnership with Roger Deakins is the captivating heart here. The two re-introduce us to a familiar world through a new frame. Blade Runner is adored for its visuals as much as its story and themes and 2049 can proudly stand next to the original in inspiration and continuation of its filmic style.

Viewing these new characters from different corners in a familiar universe is unarguably an alluring collision of expectation versus experience; however, over thirty years on it is abundantly clear that Blade Runner never required a sequel. The questions it asked added weight to the story, supported the themes and helped the film span across generations of cinema-goers. It has been studied, dissected, re-edited, argued and enjoyed as a captivating and polarising standalone piece of cinema. Blade Runner 2049 had huge expectations but falls short of the near-impossible task of being on par or better than the original film. A lower budget aided by a completely new story would have pushed this film into a stronger and fresher direction. Being bogged down in the continuation of Rick Deckard’s story helps push the nostalgia angle, but makes it glaringly obvious this film was made for the cash, not the art.

Despite its flaws, the film remains engaging and at times breathtaking. Strong direction, cinematography, and production design have given Blade Runner 2049 its place alongside the original, even if it remains slightly lower on the podium. The film has been created with passion and a deep understanding of what has come before it. While not as visceral, gritty or as dangerous as the original, Blade Runner 2049 is a striking cinematic experience that unquestionably benefits from multiple viewings and discussions.

Summary: Despite its flaws, the film remains engaging and at times breathtaking. Strong direction, cinematography, and production design have given Blade Runner 2049 its place alongside the original, even if it remains slightly lower on the podium.

On the Rocks Film Review →