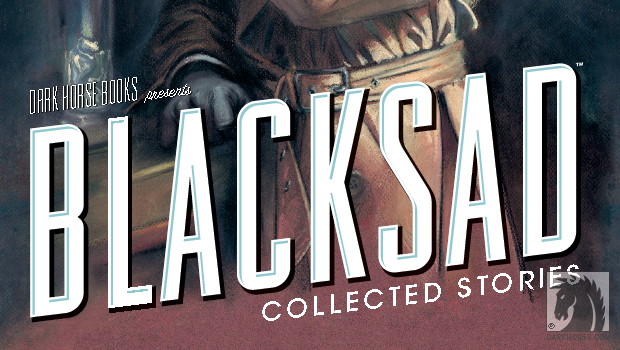 Summary: Pulp detective fiction gets an anthropomorphic make over.

A little while back I reviewed the game for Blacksad and at the time I think I wrote that the game was likely to be enjoyed by those familiar with the books… having now read this collection I stand by that claim even more. Juan and Juanjo have created an impressive world for their characters to live in and that detective pulp fiction atmosphere works so well with the anthropomorphized characters. This collection provides a number of stories that really let the reader sink into the world of Blacksad and almost feel like they are right there with him in the midst of it all.

If you have any interest in some of the classic detective stories, such as works by Dashiell Hammett, then this is likely to be right up your dark alley. Blacksad is portrayed as someone who can hold their own, is competent but frequently getting into situations that either see him getting a bit physically roughed up or at the very least a bit psychologically scarred. The characters are all given life and they have their strengths and weaknesses, tough decisions aren’t glossed over and the harsh realities of the underbelly of certain areas aren’t hidden from our eyes. There’s a lot of depth to the stories and they feel meaningful rather than simple fluff.

As much as this collection could stand on the writing alone… the artwork is just stunning. For anyone who has tried their hand at representational art they know how hard it can be to get a likeness. Not only does Juanjo create images of animals that are instantly recognizable but also blends those animals with humans in a resulting form that looks plausible. The world is almost like a Planet of the Apes in which all animals replace humans as the dominant species and live their lives as if they were humans. That melding of human and animal doesn’t detract from some of the harsh visuals that find their way into some of the panels, characters with harsh lives, beatings, abuses of various sorts all shown in a visceral way that transcends species and hits the viewer quite emotionally at times.

I thoroughly enjoyed this collection and would love to read and view more. It really is a simple equation, if you like detective stories then go and grab a copy. If you like great artwork with compelling stories… grab a copy.

Basically what I’m saying is… grab a copy!