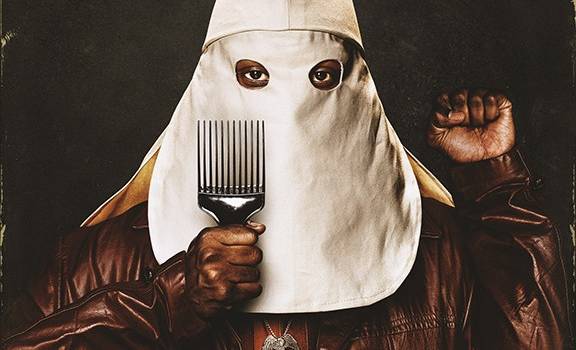 Spike Lee is refreshingly candid when lambasting racism in mainstream filmmaking and underlining the general contemptuousness of the US government. Most recently, he slammed Donald Trump at the Cannes Film Festival for his failure to condemn right-wing terrorists and Neo Nazis following the murder of a counter-protestor during the Charlottesville riots.

Lee prolongs his cinematic exploration of injustice and racism with BlacKkKlansman, which is his rebuttal to white supremacy in the Trump era. It’s an interesting, topical film but it also falls short of greatness.

It is based on the true story of a black policeman in Colorado Springs who managed to infiltrate the Ku Klux Klan in the 1970s. His name is Ron Stallworth (John David Washington) and after he is assigned a boring desk job he is disrespected by his fellow officers. He requests to be transferred to the undercover division.

One of his first assignments is to infiltrate a black protest group while wearing a wire. He works with his surveillance team, which includes Flip (Star Wars: The Force Awakens’ Adam Driver) and Jimmy (Michael Buscemi). They listen in as Ron meets a college activist, a young woman named Patrice (Laura Harrier) with whom he starts a relationship.

Ron’s most dangerous task is secretly infiltrating the Klan. He sees an ad in the newspaper and then rings up to enlist. He uses his real name but doesn’t tell the leader, Walter (Ryan Eggold), that he is black. He then arranges to meet Walter but sends Flip in his place, posing as a white Ron. Walter is reasonably calm and welcoming of Flip. His friend though, Felix Kendrickson (Jasper Pääkkönen), is more suspicious.

He interrogates Flip aggressively about whether he is Jewish. These tense undercover missions take Flip and Ron closer to the top of the Klan. Ron soon converses with the head of the Klan, David Duke. Yet as Felix closes in on the truth, it places Ron and his relationship with Patrice in danger. She is unaware that he is a police officer, and when she questions him he denies it.

The second meaning is that both black and white people are losing their sense of self and identity during this period where the US is being torn apart by racial divisions. This crisis is at the dramatic and comedic forefront of Lee’s film and is what troubles its characters the most.

Each time that Flip undertakes an infiltration mission, his only means of avoiding danger is by denying who he is. In a rare moment of guilt, he stresses to his colleagues that he was raised as Jewish without embracing it and is now openly denying his roots. Similarly, during the comedic setup where Ron tricks the Klan, he hides his identity as an African American man. 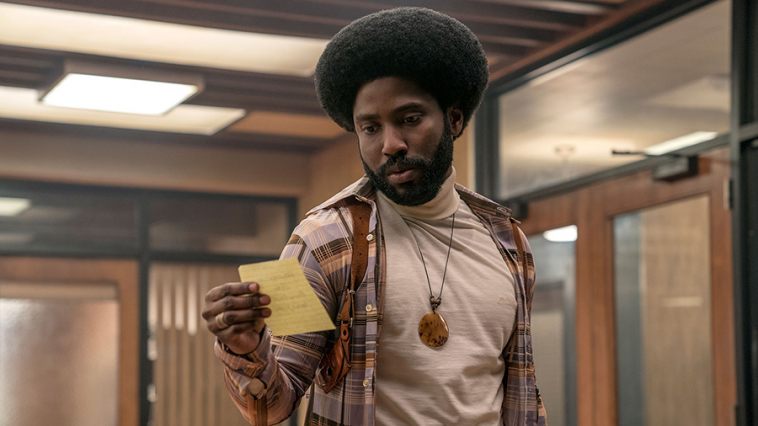 In another scene, civil rights activist Stokely Carmichael recalls seeing Tarzan movies and cheering for Tarzan to beat the natives. This echoes a James Baldwin theory about African Americans growing up and accepting themselves as movie villains because it was the only way they had ever seen themselves represented.

Through these thematic patterns, Lee’s statement is clear: we are complicit with fascism and racism if we fail to combat it and deny who we are. The idea of colour being removed from the US flag is therefore symbolic of this identity crisis.

Another tightrope for BlacKkKlansman is staying truthful while still taking liberties to be an entertaining crime movie. It’s true that not only did Ron trick the Klan into becoming a member using his real name, but he also spoke with the KKK leader David Duke who helped forward and sign his membership. There are some fabrications though. Patrice was not a real person, which means that the ‘movie plot’ involving a bomb is dramatised. 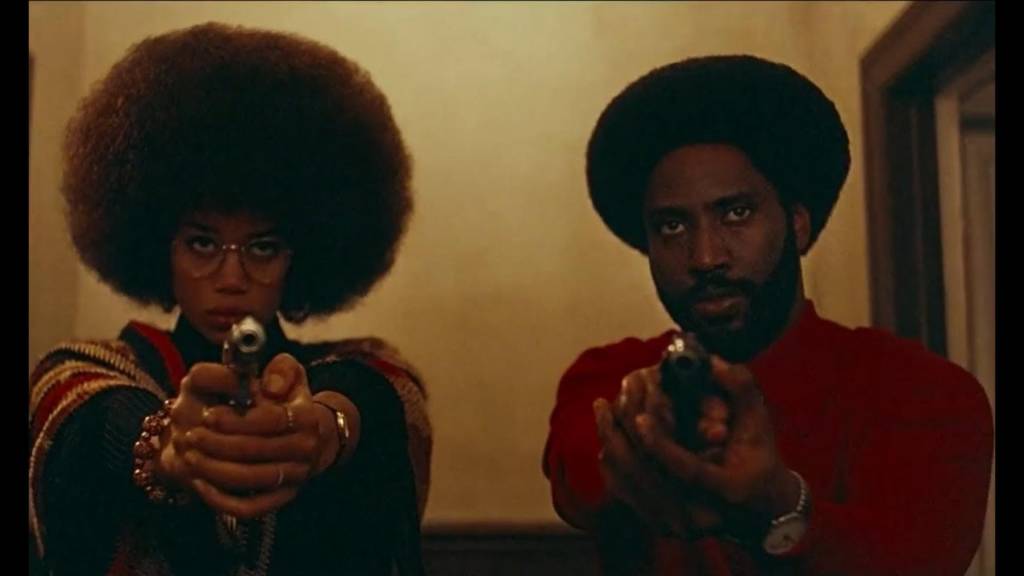 When viewed strictly as a movie, irrespective of facts, some of Ron’s agency is weakened. The film opts to follow Flip into the Klan’s group meetings while Ron takes photographs from his car. The situation isn’t nearly as extreme as the film’s brilliant poster, which shows Ron disguised by a white hood over his head. For a movie about combating racism, Get Out (Jordon Peele produced this film) delivered a more empowered black hero.

The film is effective in utilising claustrophobic spaces, but Lee’s direction needed more panache. The infiltration scenes are very intense as Flip’s identity inevitably fades. I cared about the dramatic outcomes of the mission too. Yet because most scenes take place indoors and in cars, the setups are dialogue-based rather than image-driven. This denies the film the opportunity to have a wider visual spectrum, which is only visible late in the piece.

One of the funniest and most ridiculous images is the Klan members sitting together in their hoods waiting to be blessed. Another belated shot shows a burning cross outside a window. Ron and Patrice are dragged in slow-motion towards the window by the camera, which suggests the impending danger closing in on them. Lee also uses a split-screen during the calls to create symmetry between the police and the Klan and to frame the gag (Duke’s unawareness that he’s talking to a black man). More flair in the blocking of the scenes would have countered the static framing of the actors and the drab colours.

The most entertaining facet of Lee’s style is countering the contemptuousness of the racism with humour. The racial abuse of the Klan is dialogue-driven rather than physical. There’s little violence until the end. Is this a compromise from Lee? The Klan’s actions would have been horrifically violent during the 1970s. Regardless, the abusive dialogue is hard to stomach when hearing various races being insulted, which also makes it realistic.

Fortunately, there are some very funny moments, such as a cop calling Ron ‘a wet fart’, and Ron and his friends barely containing themselves while talking to Duke on the phone. One of the biggest laughs was when Ron adamantly states that US will never elect a man like David Duke as President.

In another good scene, Flip must rehearse his lines to mimic Ron and completely butchers it, which is funny. John David Washington brings a light, energetic touch to these moments that makes him likeable and as charismatic as his father, Denzel. I liked his character because he was funny and brave no matter what his superiors threw at him. ‘Born ready!’ he declares. 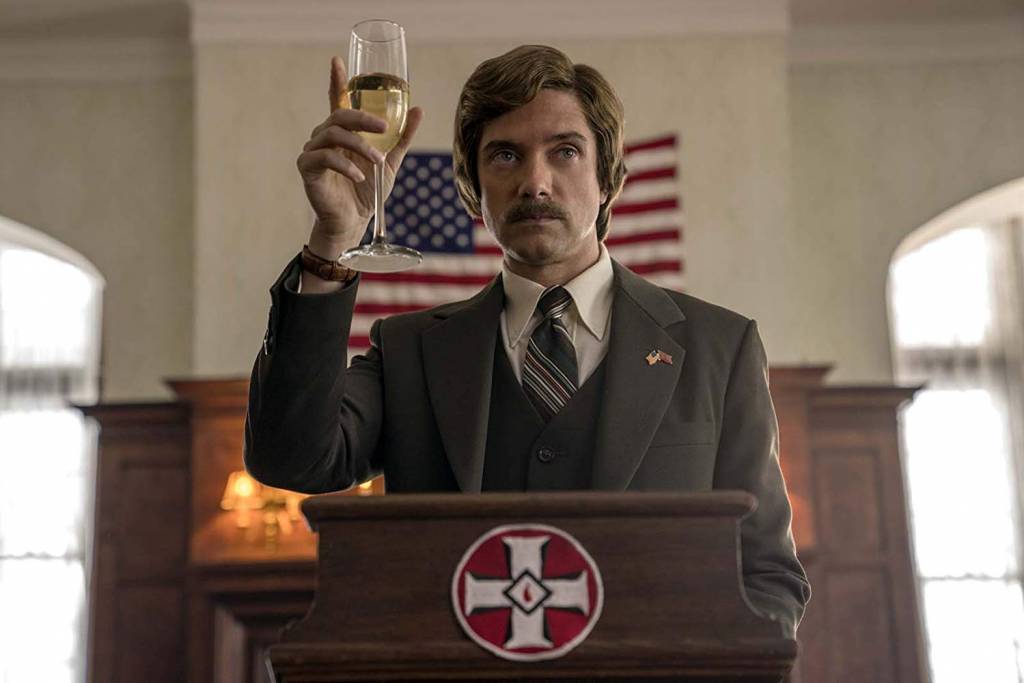 Jasper Pääkkönen’s performance as Felix is a significant contributor to the film’s sense of danger. It’s true that the character Felix is a one-dimensional psycho, but his presence as a nutcase whose dream with his wife is to hunt down non-white people is always palpable and scary.

Some of the other performances are forgettable. Adam Driver gives Flip a believably cool head but offers little emotion outside of lamenting his lies. Similarly, Topher Grace never fully dissolves into David Duke physically or with a high amount of oiliness or danger. Michael Buscemi has an underdeveloped role and Alec Baldwin only appears once albeit in a funny intro about propaganda.

Despite its flaws, BlacKkKlansman still reminds us that Spike Lee is a passionate advocate for equal rights and rarely deters from articulating the edgy political aims of his films. At the end, the footage of the Charlottesville protest gives the strongest indication of his fears and the movie’s urgency. Its vivid and painful seeing those ugly images explode on a large cinema screen. 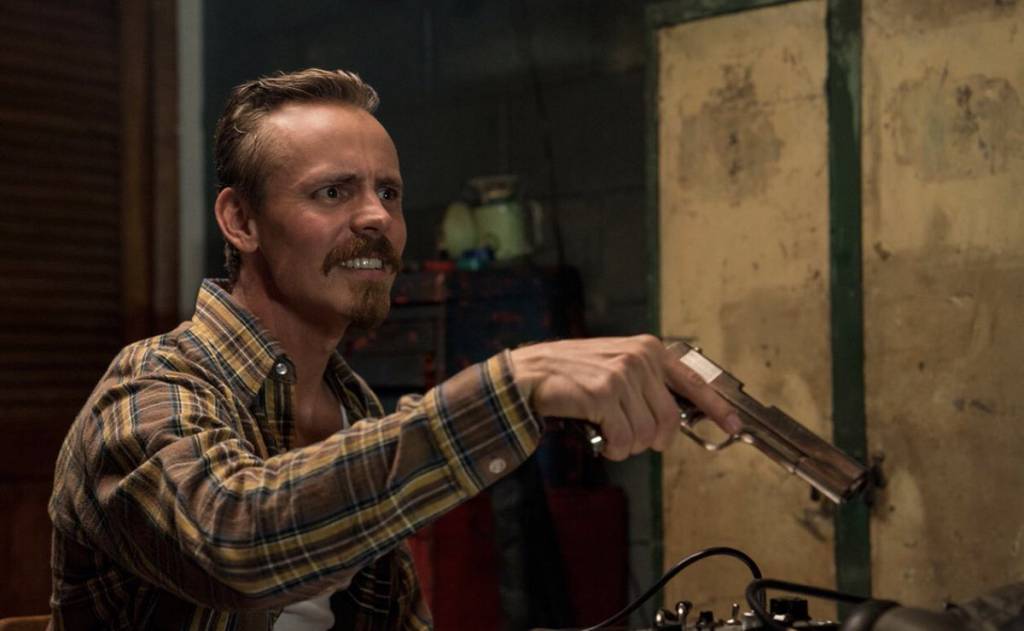 Lee’s point is that we are diluting who we really are as people, black and white, if we do not stand against monsters like Trump who threaten to destabilise the necessities of humanity, such as love and compassion. While it is a pity that the story wasn’t told with more visual finesse, this is trivial compared to our real-world problems. It takes a good movie to put that into perspective.

Summary: While it is a pity that the story wasn’t told with more visual finesse, this is trivial compared to our real-world problems. It takes a good movie to put that into perspective.