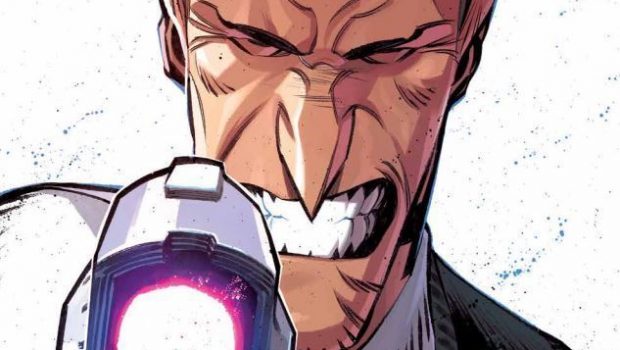 Summary: Black Science is rocketing to one hell of a conclusion!

Well, it 42 issues and 6 years, but Kadir has finally lost his mind. Like, totally and utterly gone crazy and full blown out dark side… and as much as he has always been a douchebag, you can’t help but feel sorry for him.

Yes, he is the one who sabotaged the pillar and set this whole story in motion. Yes, he manipulated Sarah into believing Grant was crazy and that he had killed their son. Yes, he had killed numerous people not out of justice or mercy, but straight out murder. Yet, there was also something tragically heroic about him. The first time Grant “died” after having a pillar (a real one) fall on him, he did everything he could to save Grant’s kids and the rest of the Dimensionauts. He went about being a hero the wrong way though, and his hatred of Grant McKay led him not to save all of reality, but to remake it in his image. 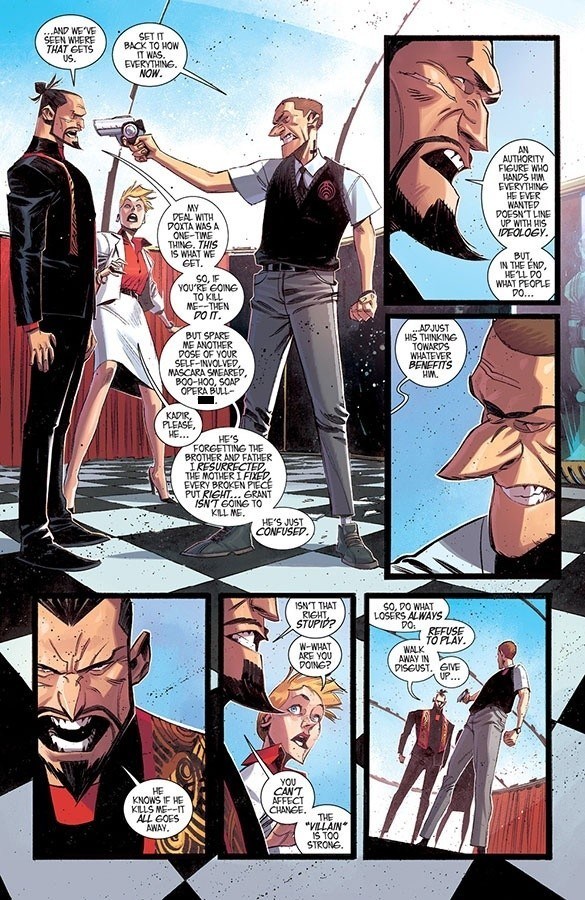 If you were ever a fan of LOST, then you know the story of Benjamin Linus. Ben was a man who gave everything to the Island and in the service of Jacob. The only difference is Ben took responsibility for his actions in the end, realizing that while he claimed allegiance to the island, he was only aligned to himself and to power. Kadir has gone full tilt to the other side of the spectrum. He will always blame Grant Ward for his problems and mistakes. For a man trying to cleanse himself of Grant McKay, Kadir has instead defined his very existence in proving him wrong.

In terms of the story, Chandra dies and there is a long Chase scene. There are also … flashes of other realities that could have been (I think) but in terms of the main story, it is simply rocketing to one hell of a conclusion. 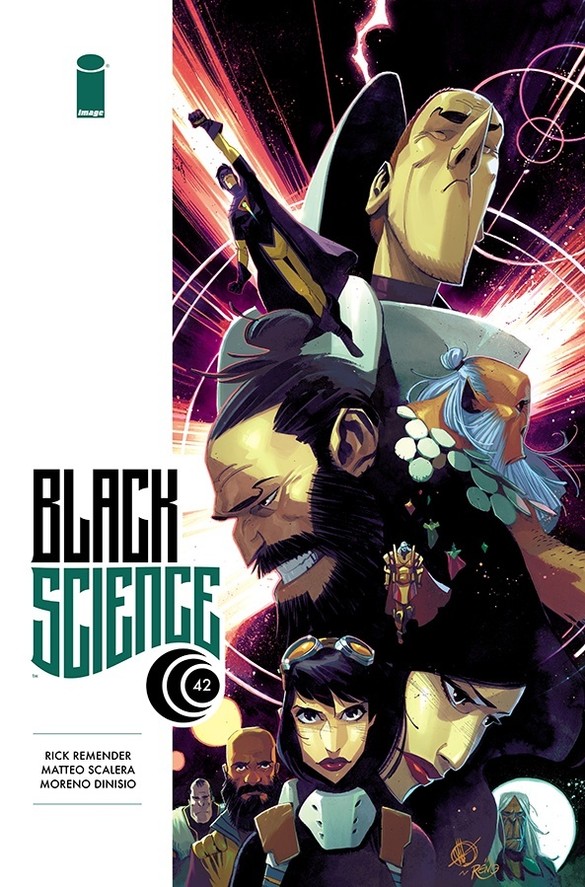