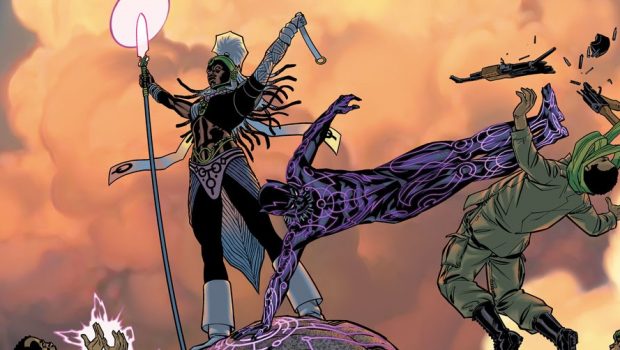 BLACK PANTHER: A NATION UNDER OUR FEET – PART TEN!

Marvel Comics continues to present this year’s breakout Marvel Super Hero – the Black Panther – through a monthly video series that continues to link the world of comics and hip-hop blending animated comics along with commentary from Black Panther writer, Ta-Nehisi Coates.  Additionally, “Black Panther: A Nation Under Our Feet – Part Ten” incorporates the brand new track, “Enter the Depths” produced by “The BasedGod” and arranged by Lil B.

Within Marvel Comics’ Black Panther, written by The Atlantic national correspondent and National Book Award winner, Ta-Nehisi Coates, the combined fury of Black Panther, Shuri, Manifold, and the Hatut Zeraze rains down upon Tetu and Zenzi’s rebellion. But will there be anything left of Wakanda to rule? The critically acclaimed storyline comes to an end and leaves behind a startling new status quo for T’Challa and Wakanda.

Continuing the excitement surrounding Marvel’s celebrated Super Hero T’Challa, the Black Panther, the latest episode of this revolutionary multi-artist hip-hop-inspired video series samples a brand new track, “Enter the Depths” produced by “The BasedGod” and arranged by Lil B.

When asked about what other Marvel characters built up his fandom, Lil B told Marvel,  “I mean, of course you know, X-Men—biggest X-Men fan. I was planning on getting a tattoo of Carnage actually, who is one of my favorite characters. One, because of how well he’s drawn. [But] you know what definitely got me…X-Men. I like X-Force. I think that’s what kept me going. X-Men, X-Force, stuff like that.”

Black Panther #11 is available digitally through the Marvel Digital Comic Shop and at all local comic book retailers. 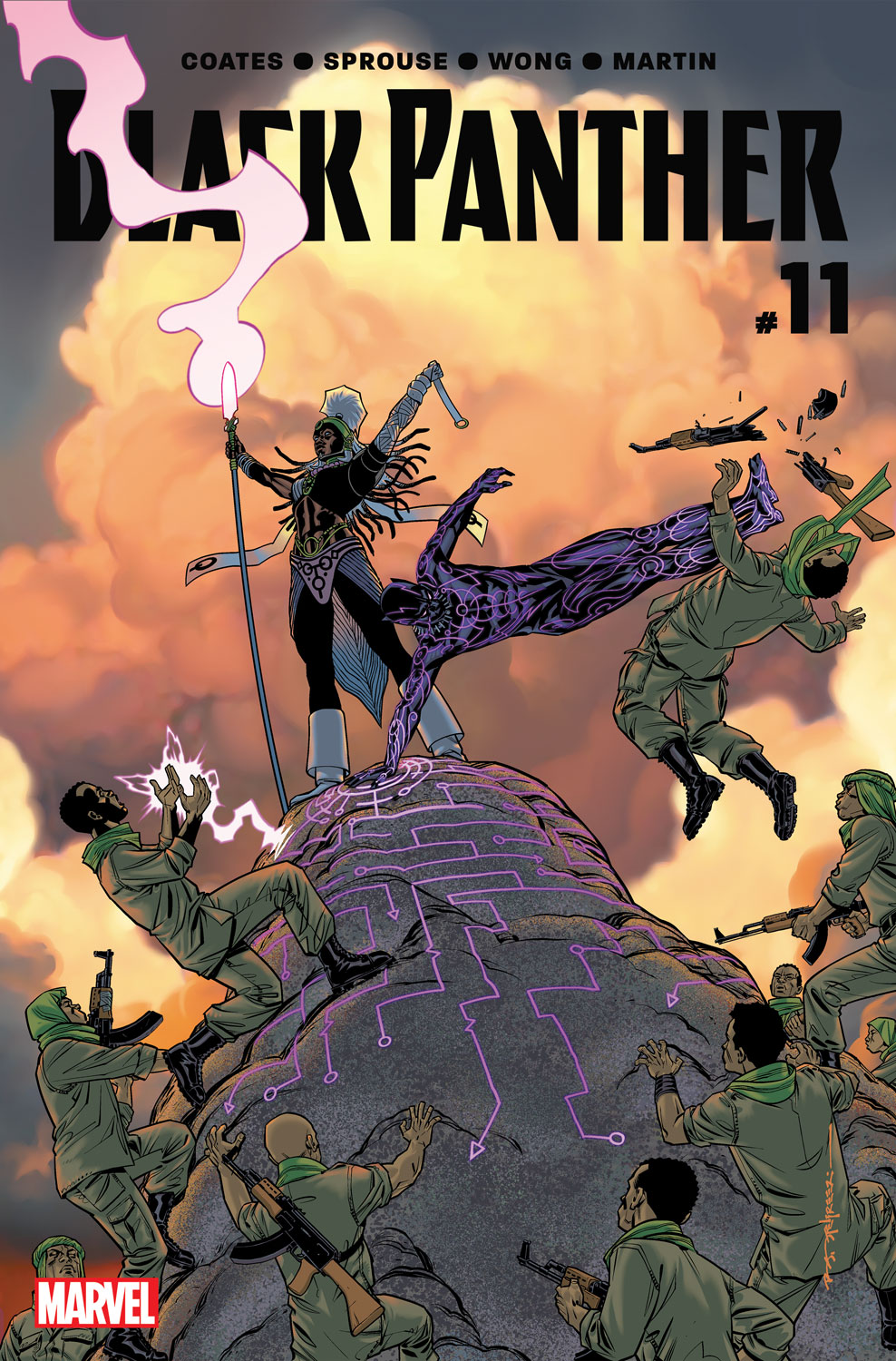 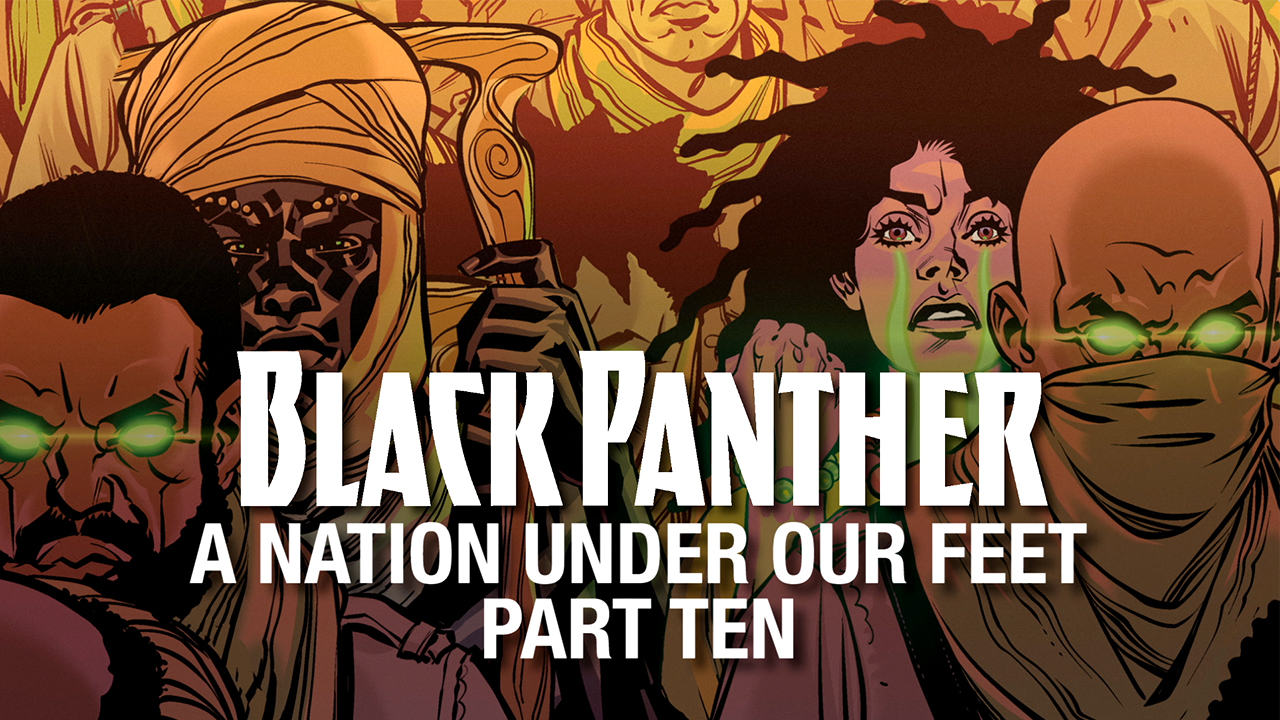 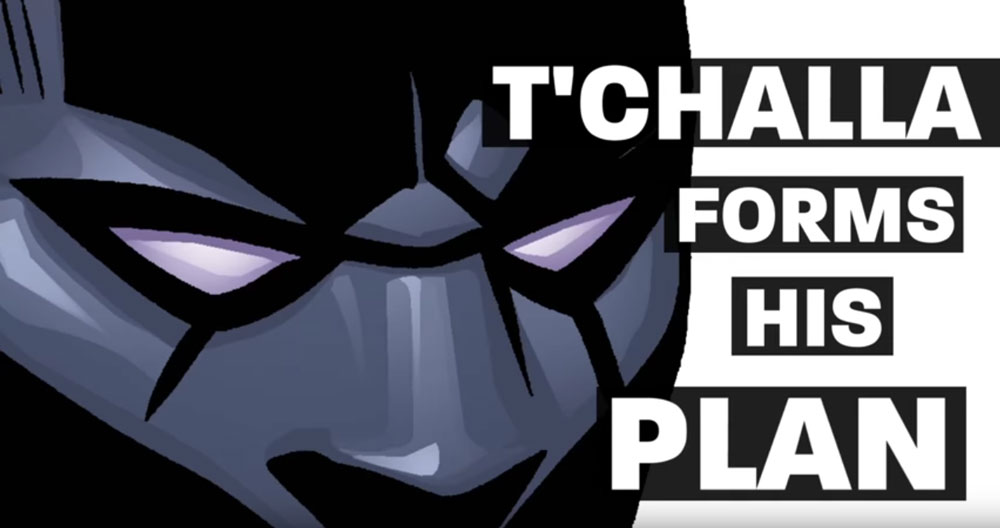