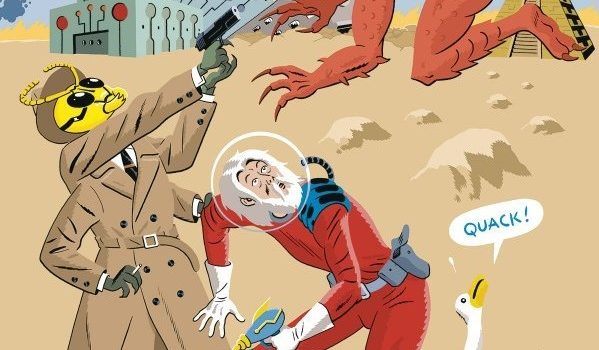 Summary: Colonel Weird is on his own.

The moment of truth has arrived as the heroes finally exit the Parra-Zone and enter the unknown. Colonel Weird finds himself scared and alone as he tries to grapple with the new reality he has been hurtled into.

This issue begins where the previous one finished, with the gang freshly awoken from their deep sleep. Madame Dragonfly is furious as Colonel Weird has set the ship on a course to exit the Parra-Zone, which could potentially herald the return of the Anti-God. As they exit the gateway something strange happens, as reality appears to dissolve around them. Colonel Weird is momentarily engulfed in blinding whiteness, only to reawaken back on the ship. Panic begins to set in as he scrambles around searching for his companions, only to find that no one is there. Weird did not see this coming, so he decides to embrace the unknown, leaving the shift so that he can drift through the nothingness outside.

He then suddenly finds himself falling towards an unknown planet, crash landing in the office of Inspector Insector, a snappy dressing anthropomorphic insect private eye. Insector takes Weird through this strange new reality, trying to explain where he is and what is going on. Reality continuously shifts around them, changing from post-apocalyptic wastelands to towering futuristic cities in the blink of an eye, with no explanation other than everything changes at the whims of the mysterious “boss”. Weird is now a stranger in a strange land, scared and alone and unsure of where his companions are. Things were already looking pretty bleak, but they have just gotten a whole lot worse!

OK, so now that I’ve finished my recap, let me just start by saying WOW! Things have completely changed with this story, as we are catapulted into another strange reality, this time with Colonel Weird. I love where Jeff Lemire is taking things, and I especially love the insect private eye. Fingers crossed he sticks around for a few more issues. I enjoyed the overall wrongness of this place Weird has found himself in, with the ever-changing world that surrounds him. For the first time we see Weird unable to predict what will happen next, and this naturally heightens the ominous tone of the narrative, as a deep sense of fear and unease cripples the already paranoid Weird. This all feels like a mistake, like it wasn’t meant to happen and that we are watching a broken reality shift in a jarring and unpredictable way. I’m curious to know what has become of the other characters in this story, and whether they are all together or also alone and experiencing their own weird adventure in an alternate reality.

This issue is illustrated by Rich Tommaso, who brings his animated cartoony style to the Black Hammer universe. Tommaso draws in a clear-line style which is visually playful and enjoyable to look at. To be honest, I’m used to seeing Tommaso draw animals, as I mainly know him from his Spy Seal series, so it was a nice to see him draw human faces and expressions. There is a lovely sense of energy to Tommaso’s art, which I find helps to capture the emotions of these characters in a quirky and interesting way. I really love the landscapes that we get to see in this world as well, especially the post-apocalyptic wasteland, as it kind of reminded me of something you might see Fallout…yeah, won’t lie, I love those games. The colouring is bright, blocky and somewhat reminiscent of 60’s pop art, which compliments the art really well. The palette also helps to heighten the sense of otherness that exudes from this otherworldly place.

Overall, I thought that this was another curious instalment in the Black Hammer saga. I highly recommend grabbing a copy today and delving into the unknown with Colonel Weird! 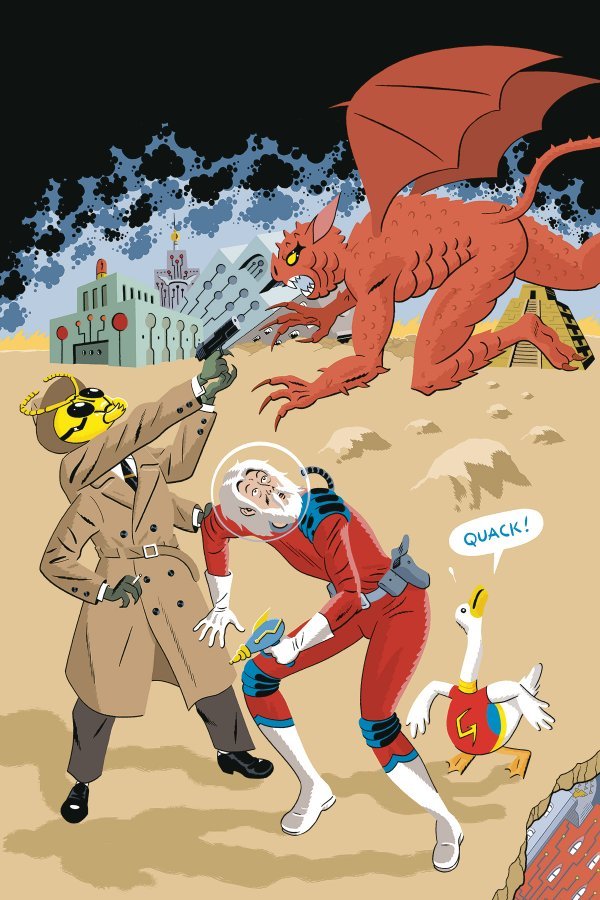 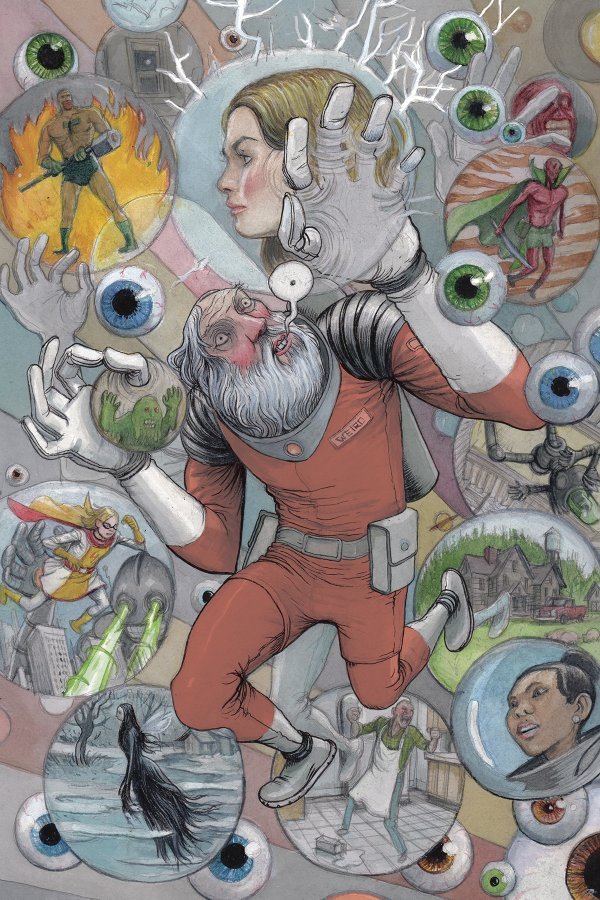