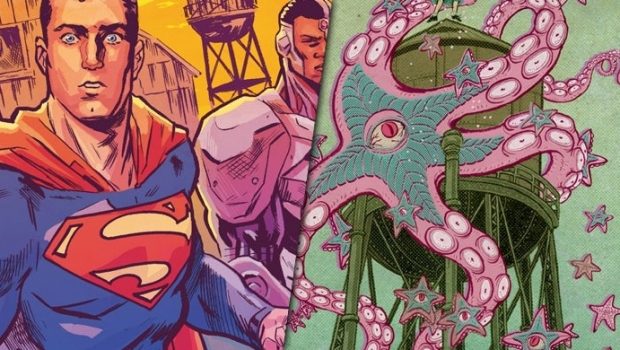 Summary: There is only one thing wrong with this issue…it’s not longer. Seriously, I read through this issue and absorbed everything in about ten minutes. Give me more!

Jeff Lemire’s Black Hammer is one the best things that has come along in independent (AKA not Image, DC, and Marvel) comics in the past ten years.  It’s adventurous, it’s funny, and mysterious.

The team of Black Hammer (not actually the teams real name, but for all intents and purposes it is) is made up of 7 heroes;

Long story short, Black Hammer has been stuck on a farm for ten years. The farm is attached to a small town. But beyond that, lies nothing. They just can’t get away. One day a man walks onto the farm. A mysterious, but no doubt, nefarious man.

Meanwhile, in Metropolis, Starro attacks the city, enslaving the citizens as Batman, Superman, Wonder Woman, The Flash, and Cyborg attempt to stop him… until a mysterious, but no doubt, nefarious man walks into the battle. Offering them a vacation. The 5 leaguers switch places with Barbalien, Gail, Abe, and Dragonfly. The issue ends with the Colonel being approached by the Green Lantern Corps.

One of the things I love best about this issue is the way that it plays with time. The League has just been sent to the farm and they think they’ve been there ten years already. Instead of Talky trying to get them off the farm, Batman is. Just like Abe, Superman has become resigned to his new life. They see nothing wrong with the passing of time. Considering what WE already know about the farm, this brings up a lot of questions. Can the league get off the farm? Can the Hammer’s beat Starrro? Will Clark ever get his tractor back?

There is only one thing wrong with this issue…it’s not longer. Seriously, I read through this issue and absorbed everything in about ten minutes. Give me more! 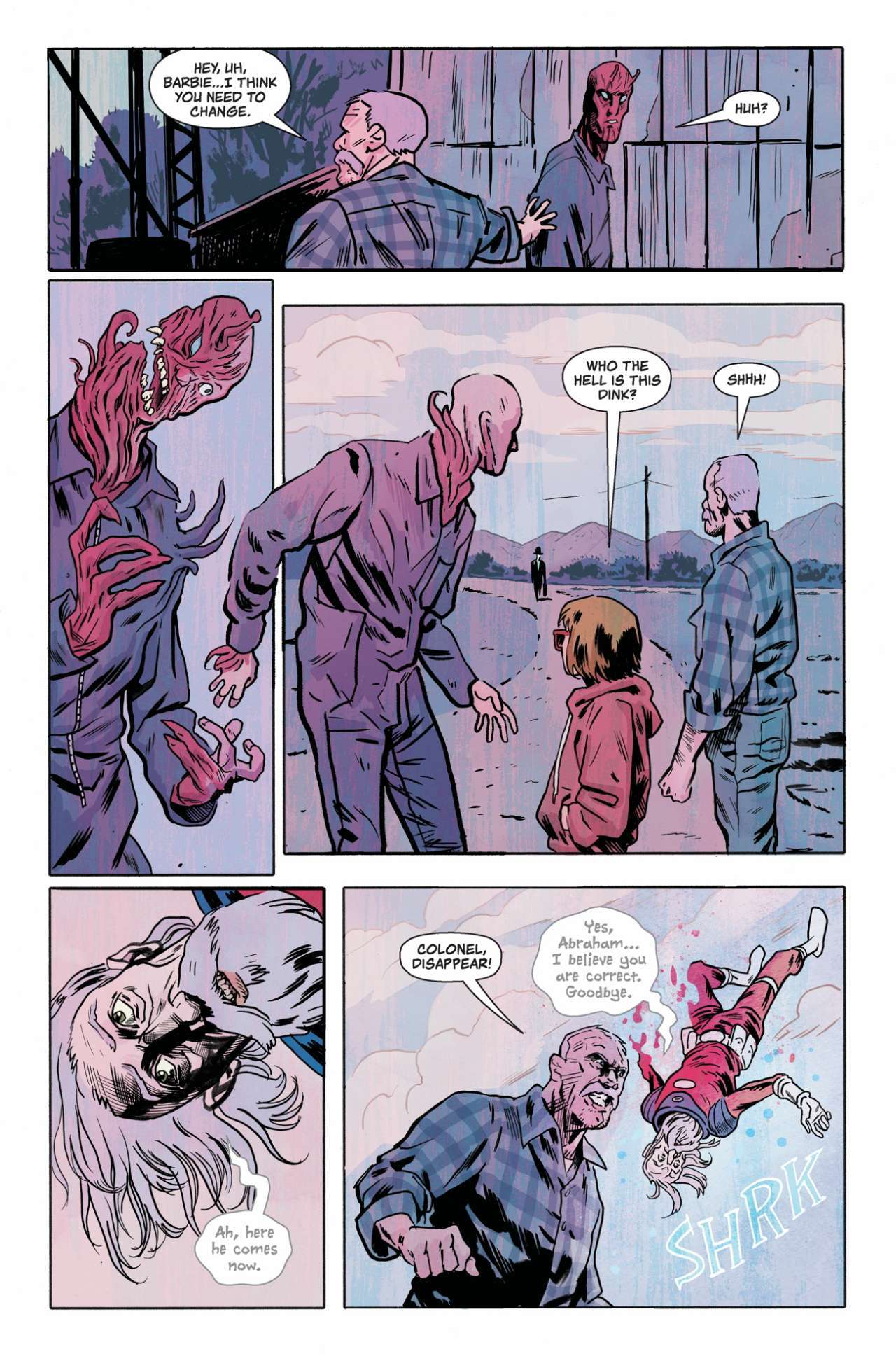 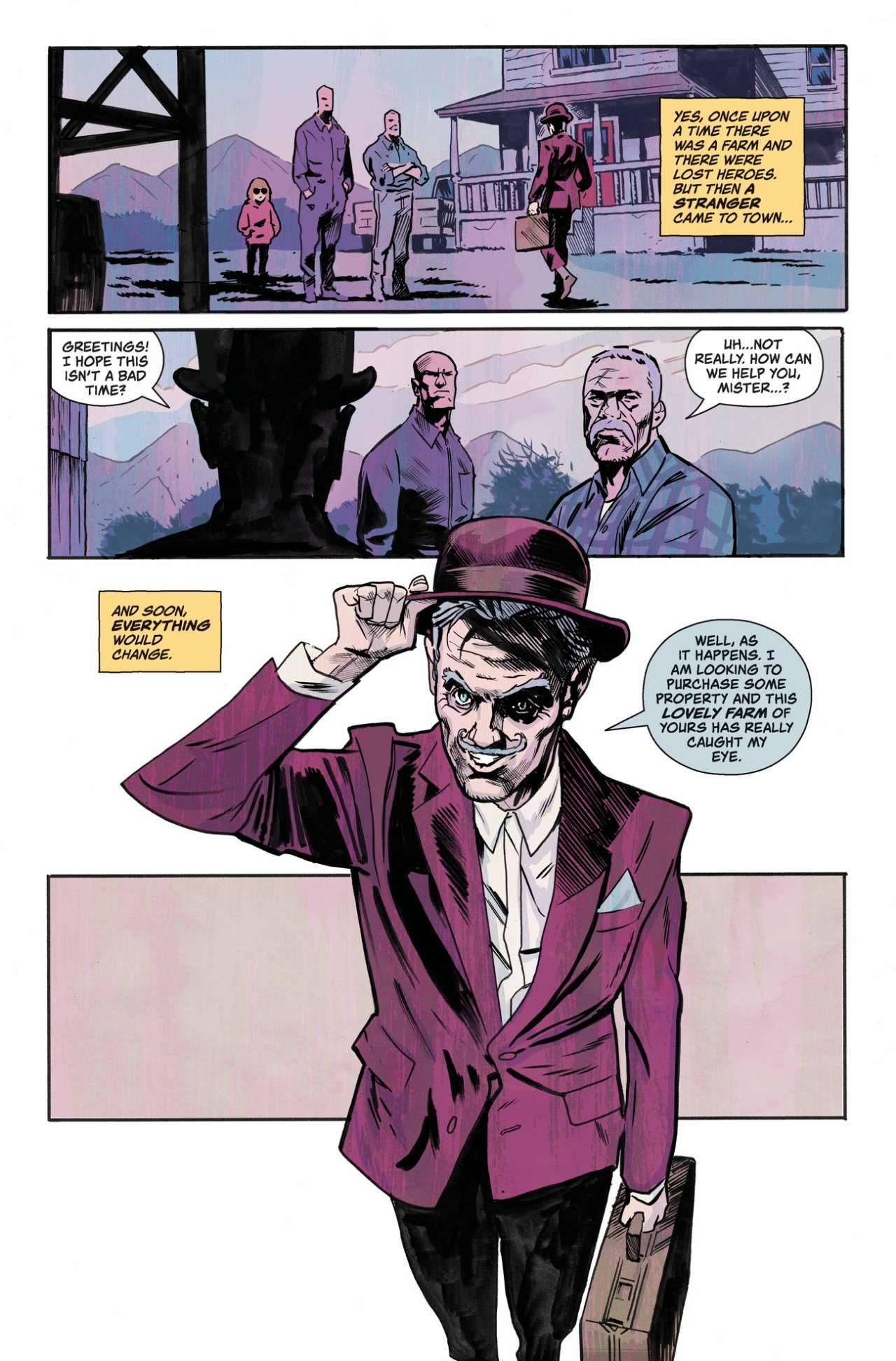