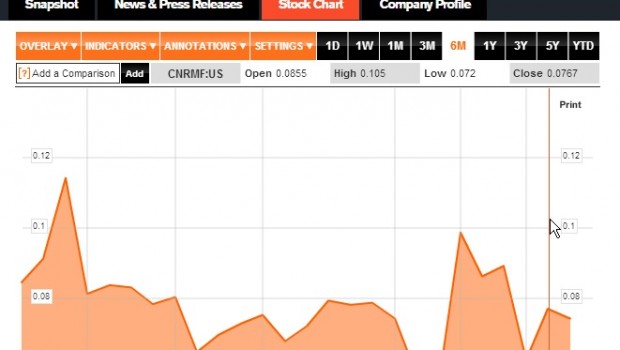 With more than three million unique samples, the wave started to grow last week and soon became the largest and most successful stock spam attack in 2014 inflating the stock values of a mineral deposit company. With more than 1,620,000 stock transactions made in just a couple of days, the company has registered its highest number of transactions in the last half year*.

To boost credibility, the penny stock spammers used legitimate links to websites of reputable media outlets such as Reuters, Bloomberg, Yahoo Finance, Market Watch, and exchange leader Nasdaq. The spam wave came from botnets with thousands of zombie computers distributed in countries including Australia, the US, Spain, India, Germany, the UK, Romania and South Korea.

“These are today’s most vicious wolves of Wall Street as they no longer call potential investors to inflate stock values, but use a faster approach by emailing spam replicated in millions of samples,” said Bitdefender Senior Antispam Researcher Adrian Miron. “Success comes from high numbers and our studies show no targeted spam attack works better than a big wave, naturally targeting the most gullible victims.”

Email subjects vary and read as follows: “Read up on this immediately;” “Christmas is here early my friend;” “Do you still want this;” “Sorry for my late reply;” “Are you ready for this”.

While the contents of the spam email tries to entice readers: “Want a solid investment that will yield very quick results? We all do, and for once there’s a stock tip that’s actually worth it. This stock is going to explode today mark my words. It will be at 30 cents+ before day’s end and past 65 cents by month’s end. You should move quickly.”

According to Miron, spammers pitching inflated stocks usually focus on a single company, with a new campaign surging once every two to three months. “Once the ‘Wolves of Wall Street’ reach a high amount of inboxes, they move to the next target. Rich Pharmaceuticals Inc. (RCHA), Rainbow International Corp. (RNBI) and Inspiration Mining Corporation (IRMGF) are among this year’s targets,” said Miron.

The Securities and Exchange Commission and the Financial Industry Regulatory Authority also warned that stock spam messages are proliferating this year, representing the “inbox equivalent of a boiler room sales operation.”

Known as the “pump and dump” scam, the trick was recently portrayed in the movie “The Wolf of Wall Street,” featuring Leonardo DiCaprio.

“To monetise their efforts, fraudsters lure investors by telling them a penny stock will soon become very valuable. After thousands of victims buy stocks, cyber-crooks dump their overvalued shares back onto the market, sourcing high profits,” said Miron.

The Confederation Minerals Ltd. (CNRMF) is dedicated to acquiring and developing mineral deposits in North America. Bitdefender warned the company that scammers are inflating its stock value through a massive spam wave, but no response was received at  the time of writing.

Bitdefender also contacted the U.S. Securities and Exchange Commission that indicated it is processing many complaints from individual investors and others.

“We appreciate you taking the time to alert us to your concerns; however, we are unable to comment on the matter,” said SEC Investor Assistance Specialist Doreen Mosaphir. “The SEC conducts its investigations on a confidential and nonpublic basis and neither confirms nor denies the existence of an investigation unless the SEC brings charges against someone involved.”