Cybercriminals have always been financially motivated, and cryptocurrency mining is the latest trend in generating revenue. With Bitcoin peaking at around $25,000 each, cybercriminals are turning their attention to crypto mining instead of traditional ransomware. In fact, crypto currency-enabled malware is increasingly outdoing ransomware in popularity, with the rise in adoption picking up significantly in the past six months.

Bitdefender’s telemetry has been studying this phenomenon and today releases an in depth report into the ways cybercriminals are targeting cryptomining, and I’d love to offer you an interview with Liviu Arsene, senior e-threat analyst, Bitdefender to explore further.

One reason for the growth of crypto mining is from the emergence of browser-based web scripts that make it easy for cybercriminals to compromise high-traffic websites and plant cryptocurrency mining script. This is often done instead of deploying traditional spear phishing campaigns to infect a large number of victims, as ransomware does. 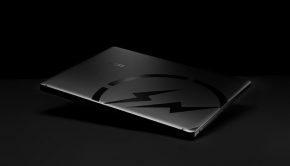