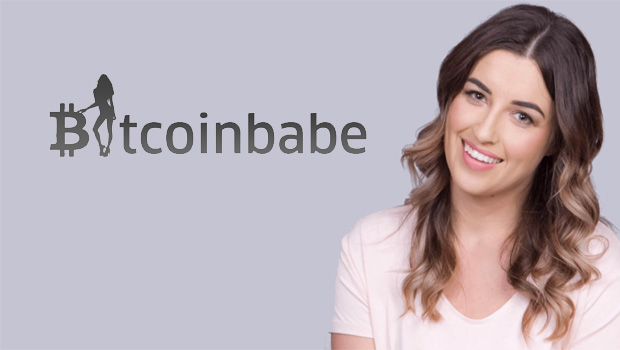 Welcome to Impulse Gamer Bitcoin Babe (aka Michaela Juric)! So for those of our readers who may not know who you are (shame on them)… tell us a little about yourself?

Thanks for having me! Well, if they haven’t been shamed into quitting out of their browser tab yet, my name is MJ, and I am the face, personality, intelligence and breasts behind Bitcoin Babe. I’m in my late 20s, and enjoy long walks on the beach with a hot man… until the acid wears off and I realise I’m just dragging a mannequin around a Maccas parking lot. 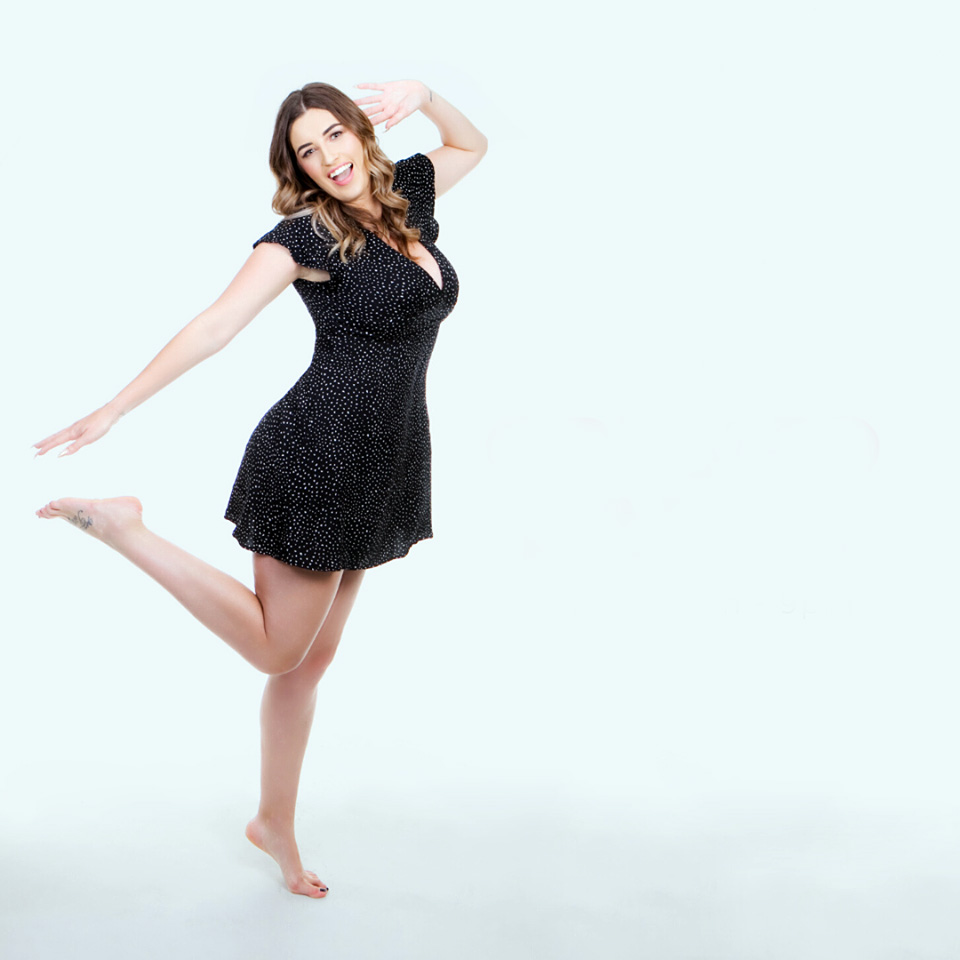 Tell us a secret (which will no longer be a secret) about yourself?

What drew you to Bitcoin?

When I saw a news report about people selling drugs over the Internet. I was 20 and I liked to party. 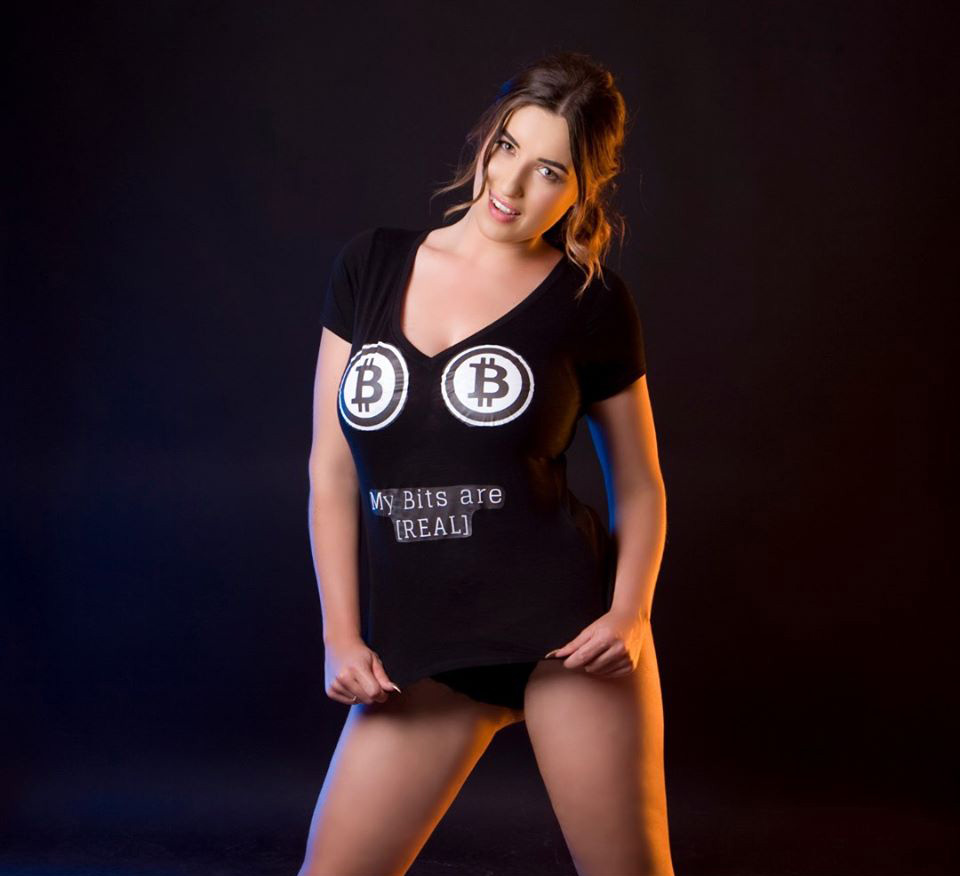 Before you became involved in Bitcoin, what were you doing?

I was looking after the bar at a Gentlemen’s Club.

How did you come up with your online persona of “Bitcoin Babe?”

Well initially it was meant to be “Bitcoin Babes” – A friend of mine from the adult entertainment industry and I wanted to make a “cam girls” site that purely accepted Bitcoin. The idea didn’t really eventuate, and by that point I’d taken an interest in arbitrage trading (buying and selling in different markets/countries to take advantage of the spread in price). I already had the domain parked, so I just rolled with it. Popped some old modelling photos up on some social media pages, and hey hey you get Bitcoin Babe! 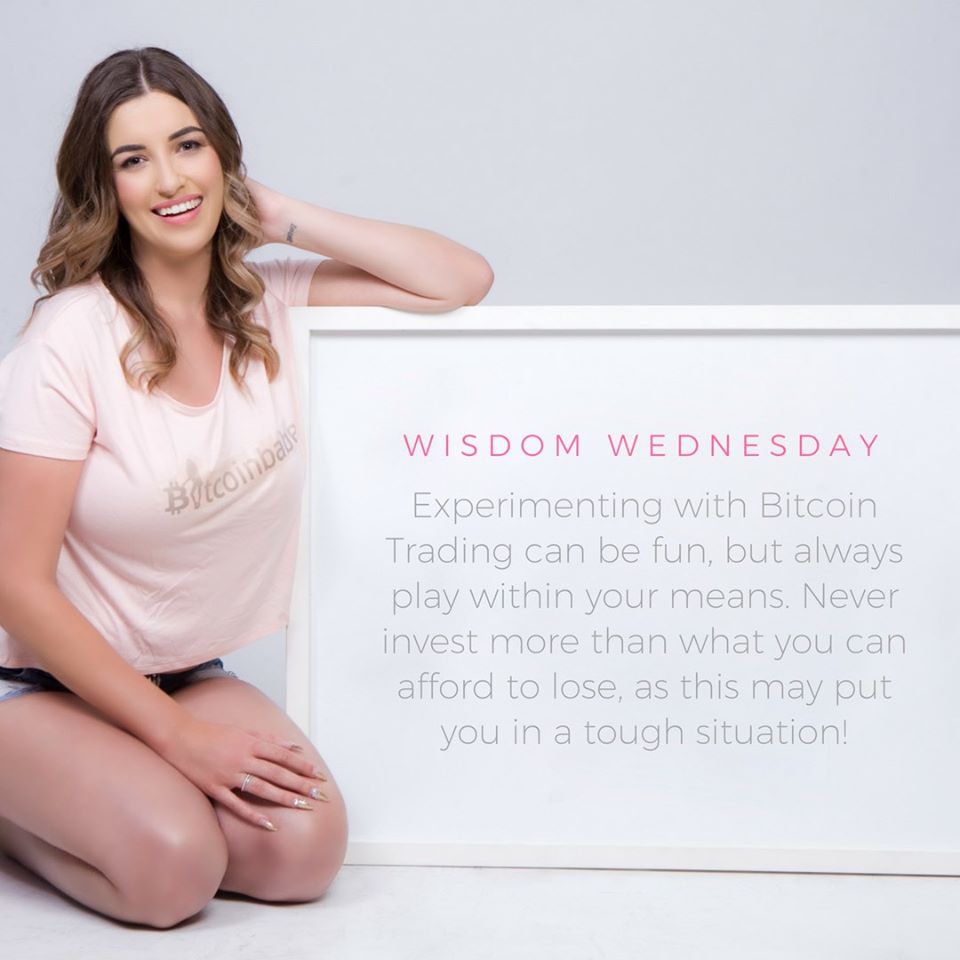 John McAfee follows you on Twitter which is totally cool on so many levels. He’s a huge advocate for Bitcoin and did make a statement about eating a certain body part if his prophecy didn’t come true. Okay… was this taken out of context or was Bitcoin on a role at the time?

Honestly, I think it was something troll-ish to say to increase awareness and hype around Crypto-Currency. I think there is as much intention in his words than there is ScoMos apology for going to Hawaii. 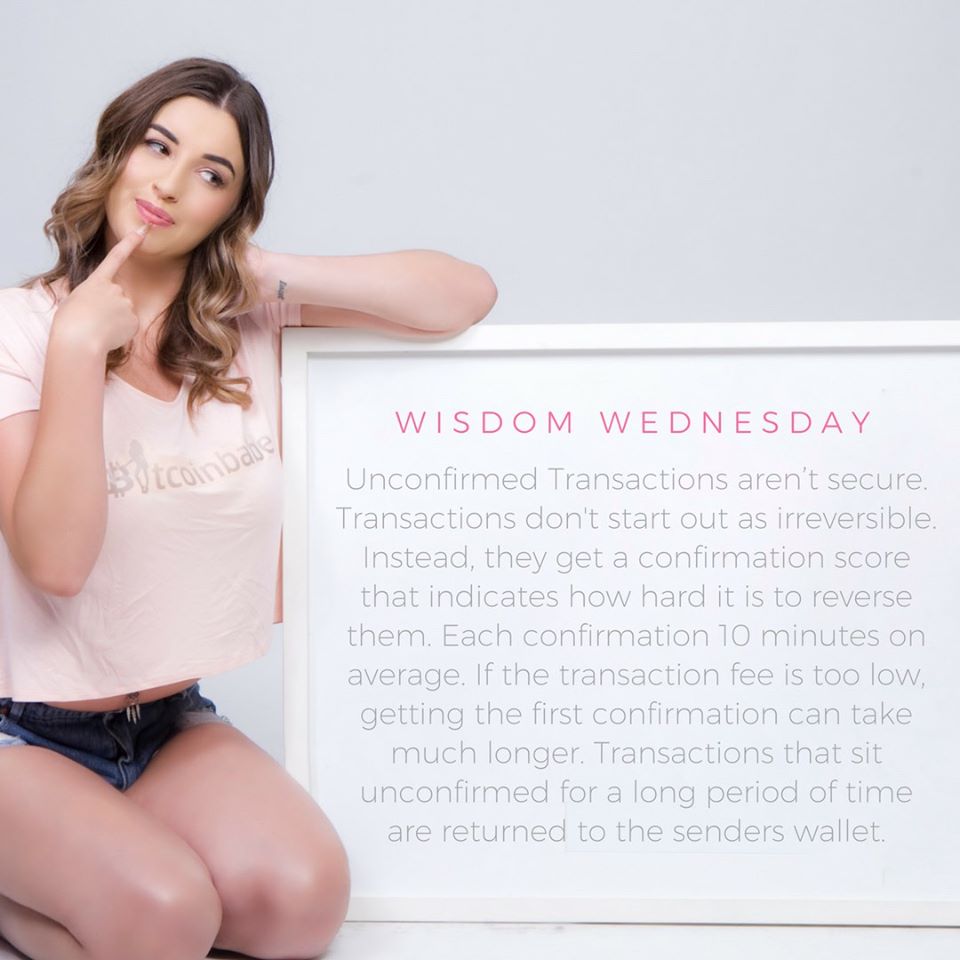 I don’t like playing the speculation game. It makes me accountable for my words and I don’t like being accountable. Regardless, I’ll be sure to email you in January 2030 and tell you what the price is!

For people looking at getting into Bitcoin, what would your top 3 recommendations be?

1. Do your own Due diligence! Bitcoin is NOT a bank! There are no take backsies if you fuck it up. If you send Bitcoin to the wrong place, its gone forever, so triple check everything 5 times.

2. If someone contacts you on social media trying to offer you a “awesome opportunity” by “investing” into their “trading program” just block them – these are scams. So many people fall for this shit every day and it’s really depressing to watch knowing there’s not a lot you can do about it.

3. Buy your Bitcoin from Bitcoin Babe! 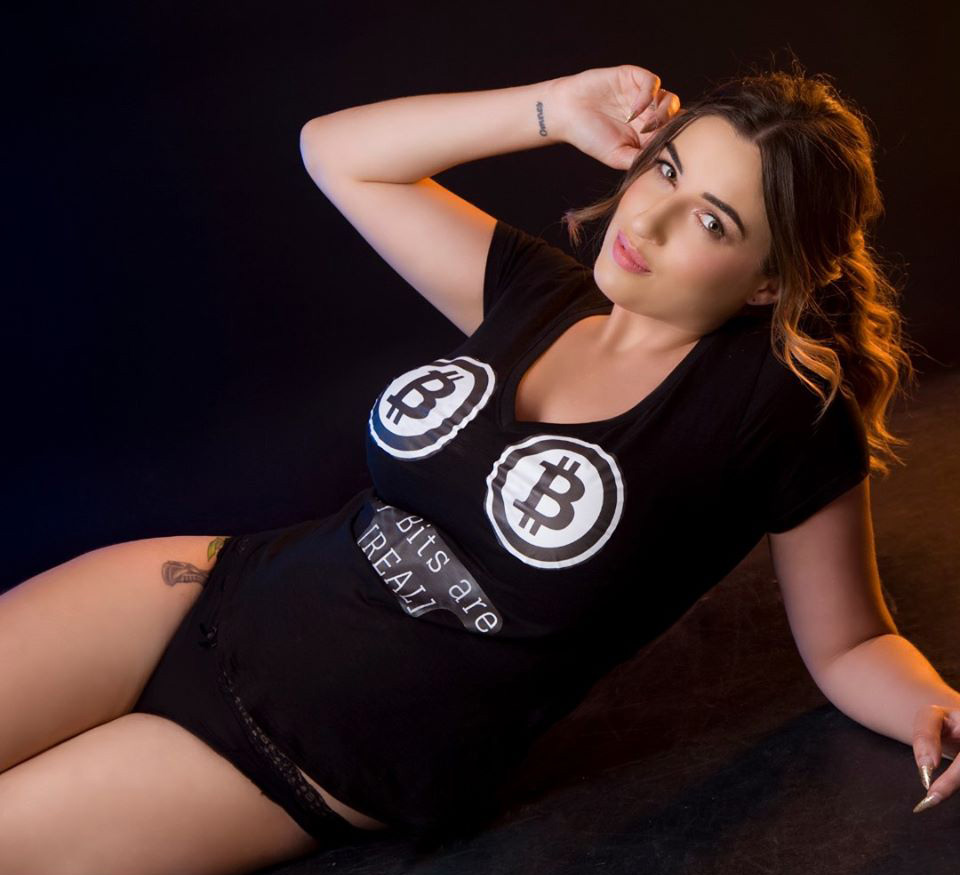 We’ve heard about people losing their Bitcoin keys or PC’s before Bitcoin became SOMETHING… Urban myth of fact?

Urban Myth. I’m yet to see any proof of it. The closest thing I’ve seen to it is when someone contacted me a few years ago after their dog at their Trezor (cliche, I know, but I’m serious) and was wondering if there was any way for me to use my phone to “scan the Bitcoin out of him” .. I referred that man to a vet.

If you could pick your top 3 myths about Bitcoin, what would they be?

1. As soon as you buy some Bitcoin, you’ll instantly become a baller rich person – No, you’re just someone that bought Bitcoin.

2. That I am not the girl in the photos on my social media and just a paid stand in. I really wish this was true – maybe then I’d actually get holidays!

3. Bitcoin is NOT anonymous to the degree people think it is – I did a blog post about it a while ago here: https://www.bitcoin-babe.com/single-post/2018/03/13/Is-Bitcoin-REALLY-Anonymous

You have also given Bitcoin a human face on Twitter, what are the pros and cons of that?

I think the pros to it is that it gives someone to trust, it also gives someone to point the finger at when things go wrong, but my customers know that when they are dealing with Bitcoin Babe, they are dealing with ME. Having been in the space for such a long time (since late 2013) I still encompass a lot of the “old school” traditional values of Bitcoin. So when shit goes down (i.e: government regulation), my customers KNOW that I’ll have something to say, and won’t back down easily. However the con to that is obviously if I really piss someone off they can find where I live easily and murder me in my sleep, so there’s that… 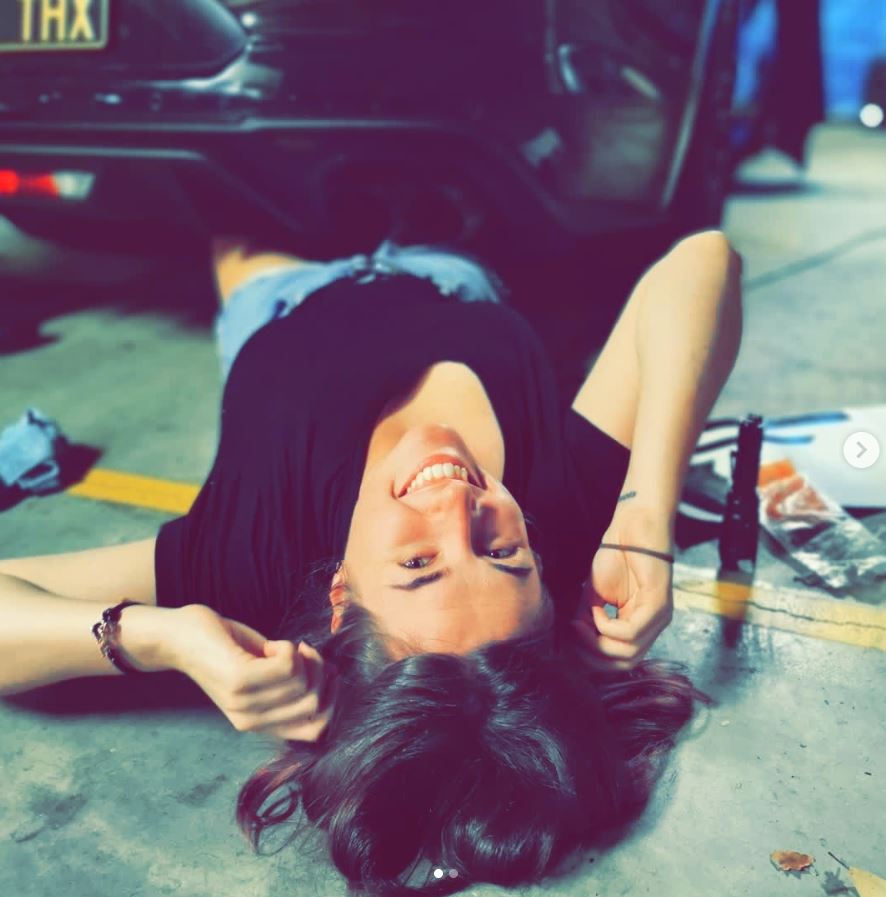 Besides Bitcoin(ing) … is that a word? What do you do in your spare time?

I think Bitcoining is a word. And I use it regularly. But if I’m not Bitcoining, I’m either appreciating my car, participating in some urban exploration and photography, expressing my creativity through building houses and killing people on the Sims 4, or watching Netflix with my Cats. 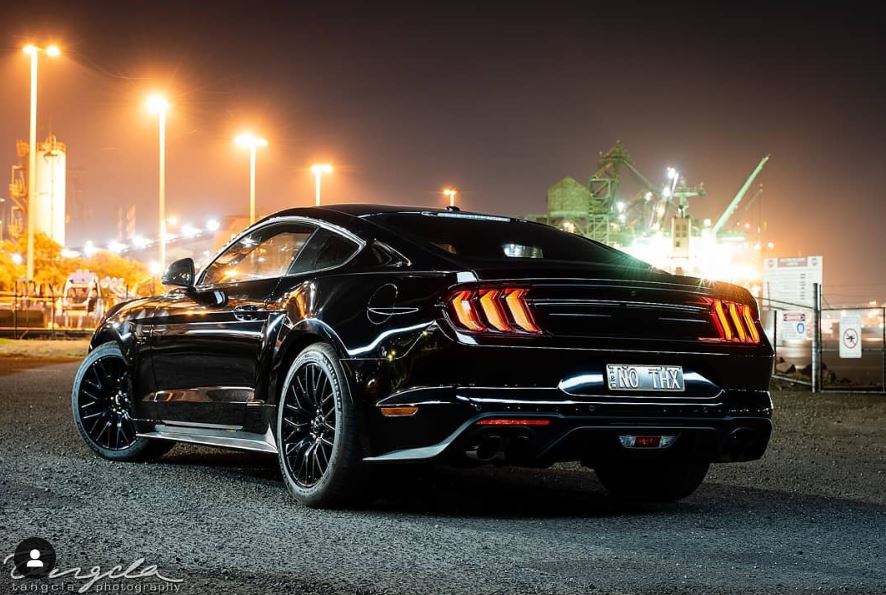 Hopefully it will be the year that I launch my revamped website! I’m also looking forward to starting my Accounting studies, so I can (hopefully) offer the service of Tax returns to my service list!

Thanks for your time MJ and don’t forget to check out www.bitcoin-babe.com 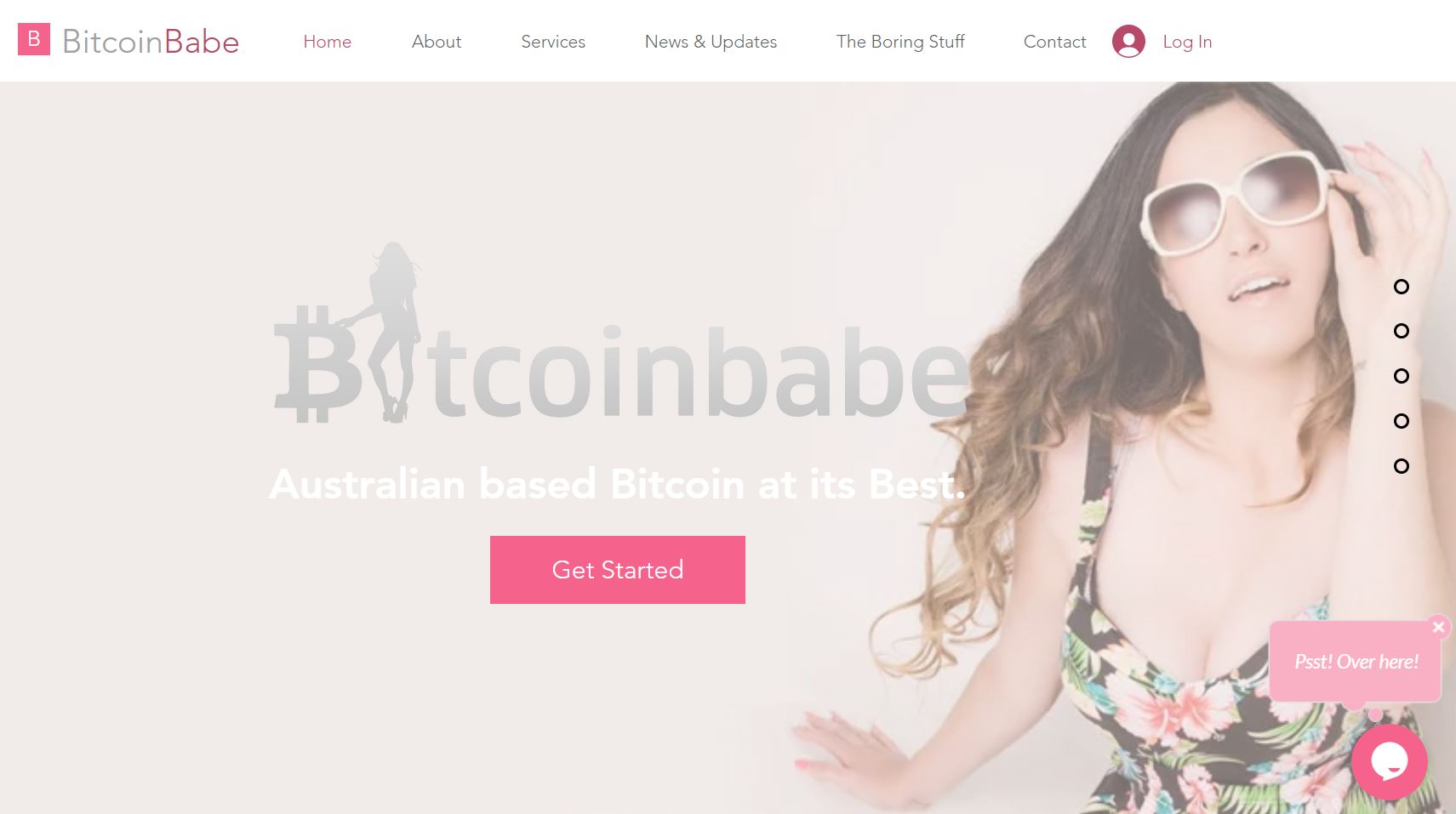