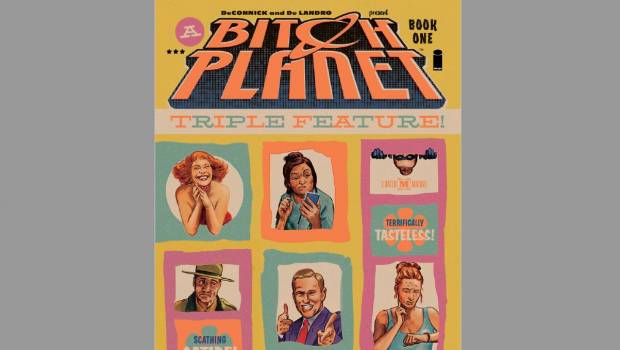 Summary: Take a step into the alternate reality of Bitch Planet and nervously laugh at what could have been and may still end up being.

Art is many things to many people, different forms of art tend to steer towards different intents such as purely surreal, educational, revolutionary, political. Bitch Planet essentially combines elements of all of that. Playing out like a written version of The Twilight Zone with a feminist core it’s a great grab bag of multiple stories bound to provide both entertainment and material to really think about for some time. Combining issues 1 to 5 of Bitch Planet: Triple Feature there’s a lot to get into here. 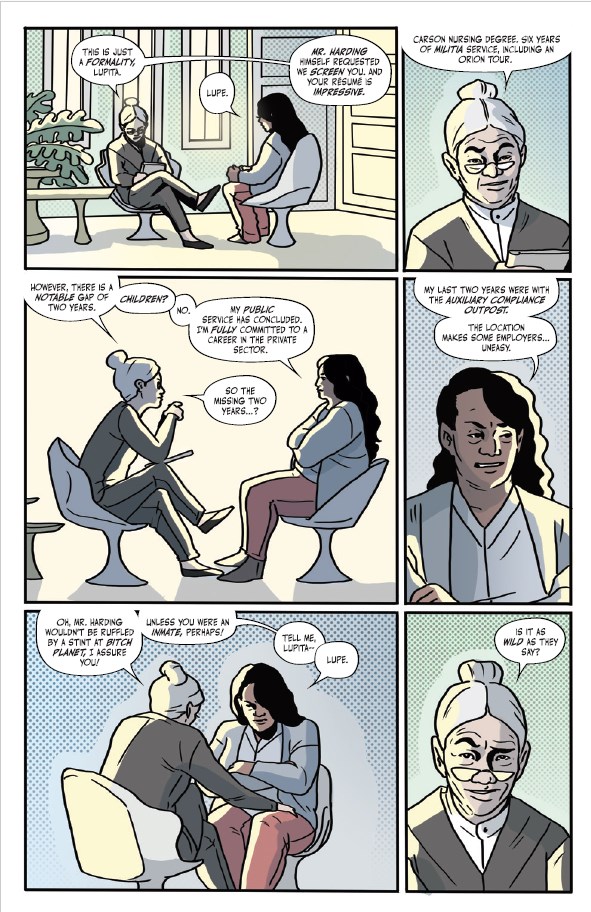 With so many different voices throughout the pages of Bitch Planet even the most picky of readers is bound to find stories that they love. The ability for the words and concepts to jump out and punch you right in the cerebral cortex is impressive also. Each tale is it’s own microcosm within the greater context of Bitch Planet, the actual “artist brief” if you like basically states that the stories don’t have to reference one another, they can exist in and of themselves… but they all still have that same familiar tone throughout. One story might have you giggling while the next could have you sobbing at the reality of our own world that it exposes. Twists and turns are par for the course and the punch line can sometimes leave you feeling winded for better or worse, but the messages woven into these stories are very important and should be read by as wide an audience as possible. 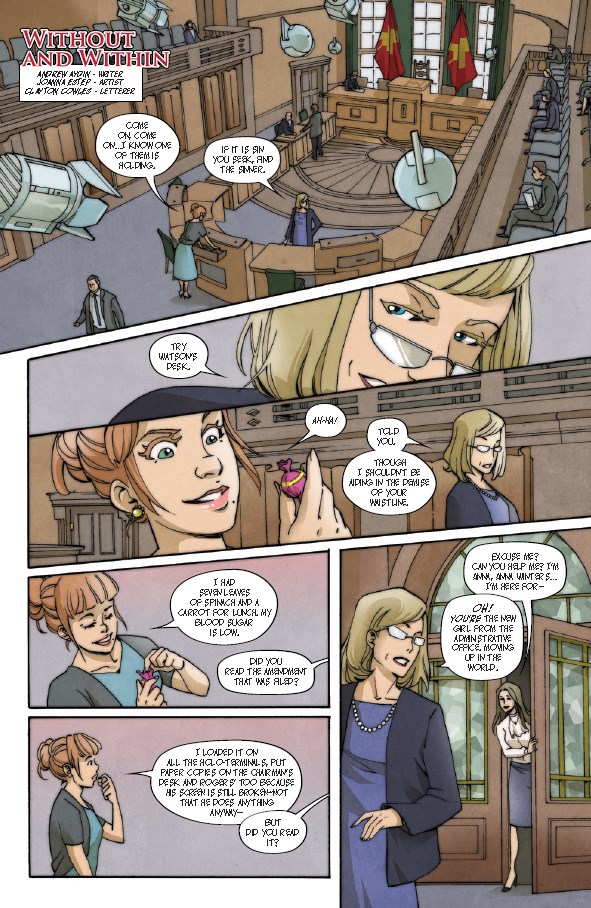 Just as there are many different voices that make up the chorus of Bitch Planet’s words, there are many artist’s palettes lending their vibrant colours and moody tones to the pages within. Art styles range from wild and loose to tight and refined. Some images may well make you feel uncomfortable and that’s no doubt just how the creator wants you to feel. Other images will make you feel safe and secure… they provide a comfortable visual path through the story, whether the final panels leave you feeling quite so at ease is another matter. 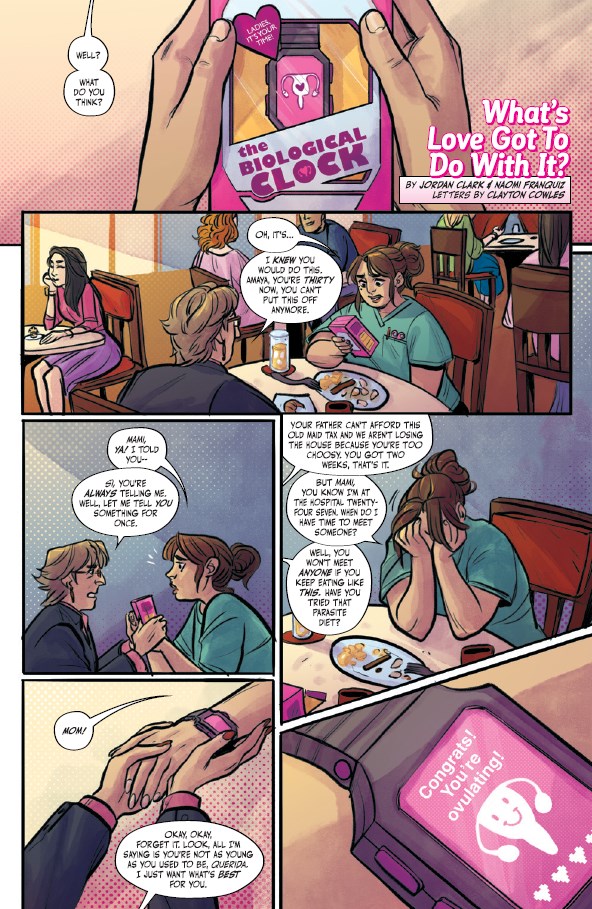 It’s not always easy to get across important concepts. Even the notion of discussing politics can put people right off their food. But Bitch Planet breaks down those walls of resistance and shows the reader that learning about our rights and liberties can be entertaining at the same time as educational. Sometimes the ideas might not be apparent while reading, but they may sit in the back of your head ready to knock on your cerebellum and help you piece together why and how a civil rights movement might be important or ways you can help make a difference. If you want to be entertained while being educated then this is a great collection to start your learning with. Maybe the revolution won’t be televised…  it will be published! 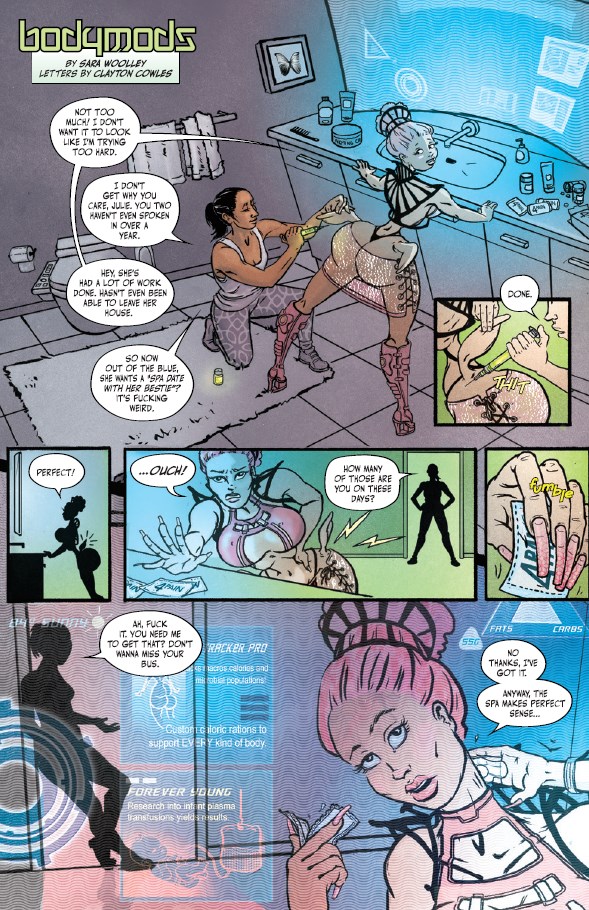