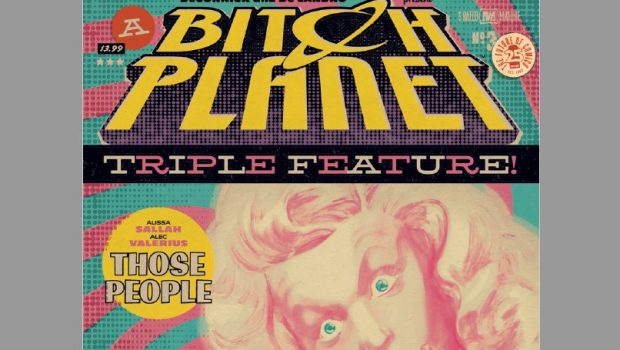 Summary: Tongue in cheek anti-establishment, sci-fi, counter culture... a grab bag of everything you might want as a rebel of society.

From the cover alone you get the distinct impression this is a 60’s exploitation themed collection and in some ways it does follow that style. Think of it as a bit of Roger Corman mixed with Monty Python and a touch of Rick Griffin thrown in for good measure. There are three stories each with their own take on society and relationships. 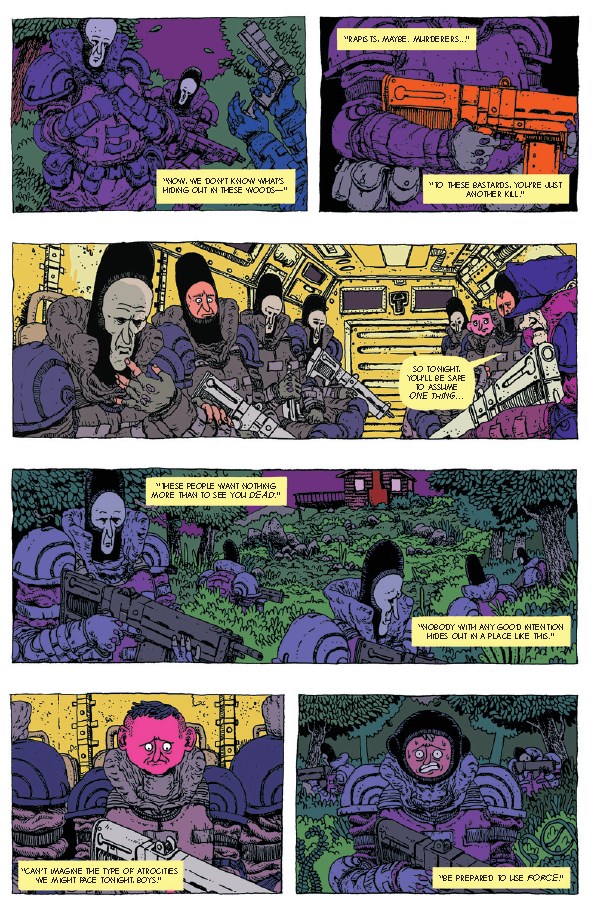 The first story is quite appropriate for Australia at the moment, I won’t go into too much detail but it begins with what appears to be a heavily armed and armoured military/police unit approaching a target location, once they get there… things take a surprising turn. The second story is probably right on the pulse for America, two rangers out in the wilderness just doing their job… looking after the land and tracking down a target that they believe has strayed where it doesn’t belong. The third story… well it just strikes right at the male female relationship dynamic and how they see each other. They are all very well written and put some interesting spins on topics to make them both entertaining but still very telling of where we are at as a species. 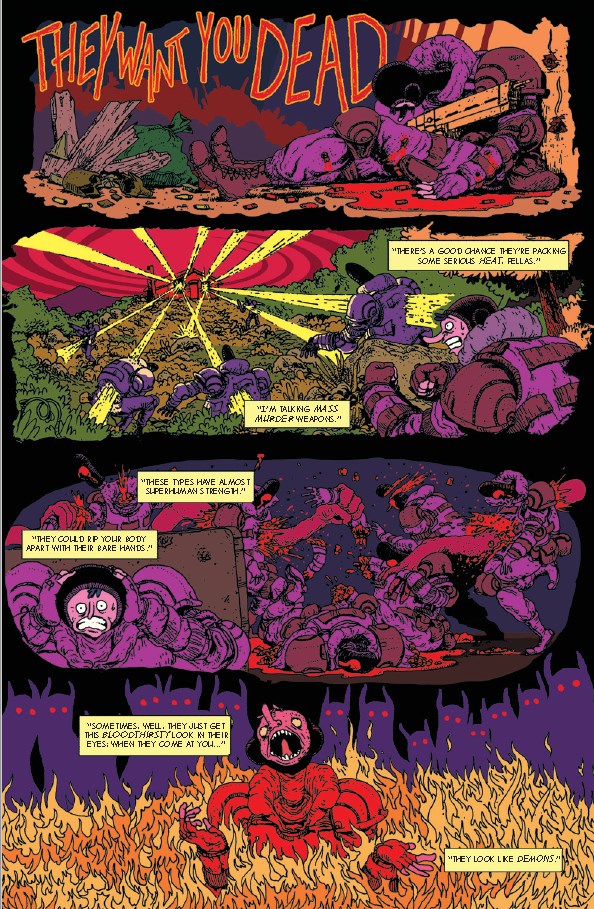 There’s a good mix here too. The first one reminded me of The Beatles Yellow Submarine movie… which I think is due to a Rick Griffin style influence (I’m not sure how well known he is directly but he’s done a lot of graphic design work over the years and has a very unique style). The second story features more traditional comic art and is quite lovely. The third reminds me a little of Milo Manara which does make sense given the story. 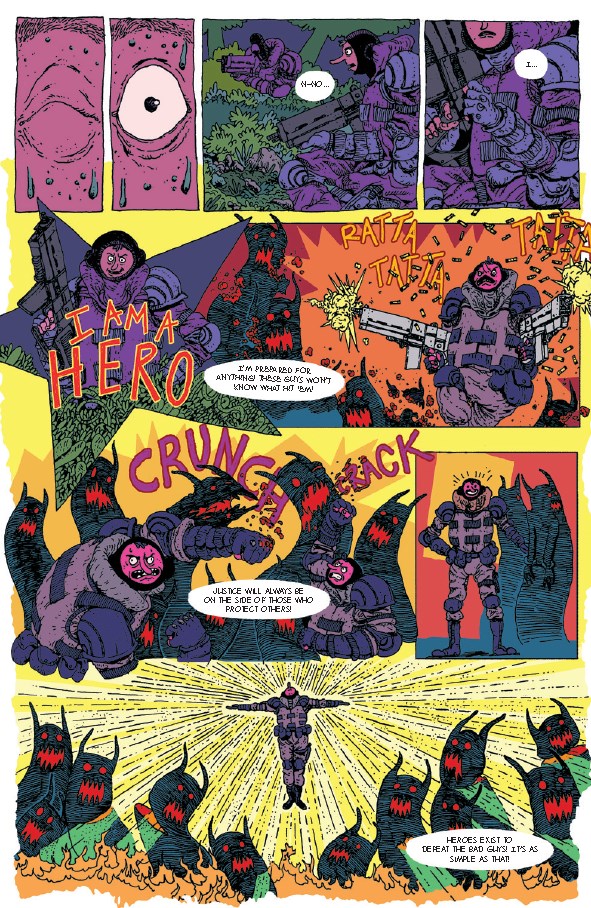 While each story is relatively short, they do carry an interesting idea with each of them. Giving the reader a chance to think about events, groups, people in society and how they are viewed or treated but in a way that is both confrontational at times but also not, in as much as it’s a comic so easier to keep at arms length from a sense of reality. It’s a great little collection for the reader that doesn’t want their library filled with only superheros and thrillers but wants something with a bit more of an intellectual bent, or a philosophical, societal examination theme. A bit different, but that’s a good thing. 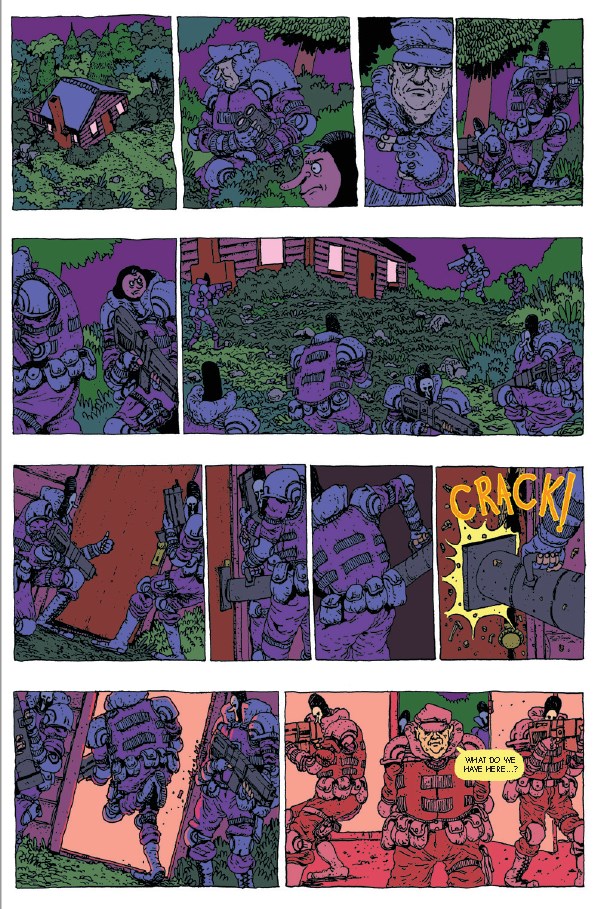