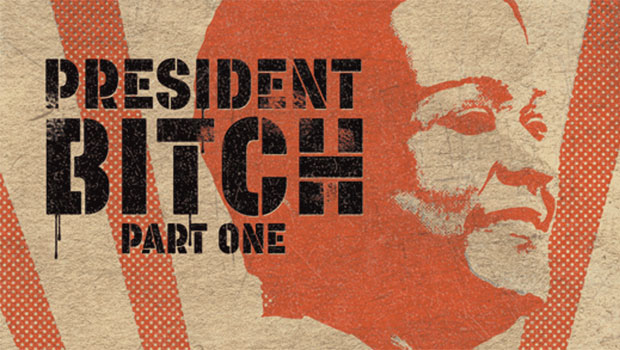 Summary: Bitch Planet #7 is one hell of a comic and this issue does not disappoint!

You could place a trigger warning at the start of every issue of Bitch Planet, as it tackles subjects and themes that are both confronting and feel painfully real. Within these pages we often come across traumatic scenes that focus around female exploitation and sexism, all told in a way that that leaves a lasting impact on the reader. It is essentially a comic that brings to light intersectional feminism in a very thought-provoking and disconcerting way. Every issue of Bitch Planet will take you on a wild ride…and what a ride it is!

Issue #7 follows the aftermath of the death of Meiko Maki, one of Bitch Planets noncompliant inmates. Previously in issue #6 we learnt of the heartbreaking and confronting backstory of how Meiko came to be labelled as noncompliant, and shipped off to Bitch Planet. Kelly Sue Deconnick is taking us onto another interesting story arc and this issue acts as a platform for the formation of where the story will be going in the future. We also see the arrival of Mekio’s father, Makoto Maki, on Bitch Planet. He is there to manage and supervise the construction of the Megaton arena and to see his incarcerated daughter. Unbeknownst to Makoto, his daughter was murdered playing Megaton only weeks earlier, her neck brutally broken by one of the prison guards. The Council of Fathers have decided to hide this news from Makoto and cover up Meiko’s murder. Therefore every time Makoto asks to see his daughter his request is subtly ignored and the subject quickly changed to avert his attention. There is deception all around. 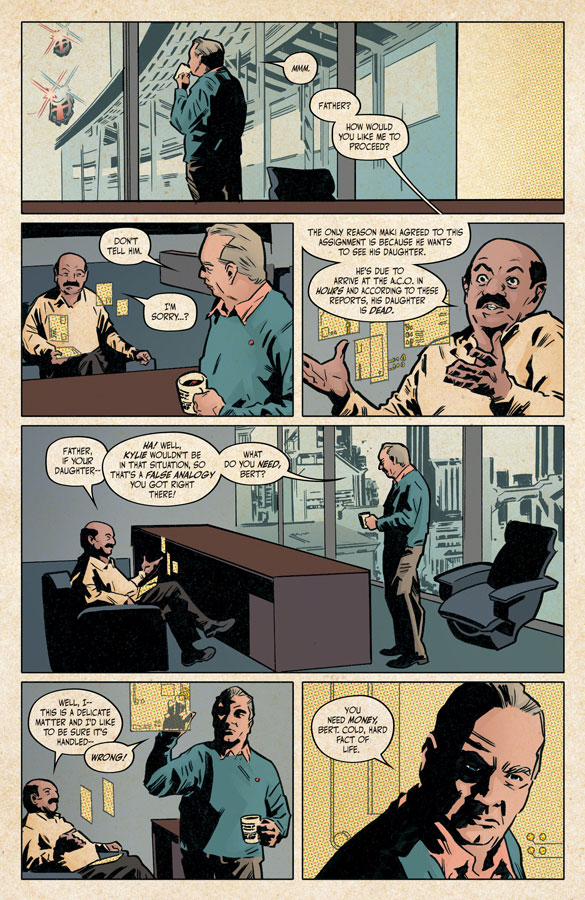 Kam’s story continues and she and the other inmates are forced to work on the construction of the Megaton arena. Kam really provides a supportive role for the other women as she tries to keep everyone’s spirits up after the loss of their close friend. She is also still trying to gather information from one of the prison guards for her own personal agenda on the whereabouts of her sister. This issue feels like we are in mourning with the other girls over the loss of their strong and vibrant friend. The grief is real and it is palatable through the pages. There is a particularly touching scene between Penny and Kam in the shower, told in a very beautiful and poignant way. It moved me and I felt like I was grieving with the girls.

The art in this comic is so pleasing to look at. It’s just so effective. I really enjoy Valentine de Landro’s take on a science fiction setting. It’s futuristic, yet at the same time familiar looking. I also love the almost grindhouse-style covers and advertisements that he creates as well throughout the comic. There is a real narrative behind his art and it’s just so effective in telling the story and making it very relatable to the reader. I also really enjoyed the colouring throughout this issue. Kelly Fitzpatrick does a great job at creating a sense of bleakness within the prison. So when we see pops of colour it’s very noticeable and very effective. For instance, I just love the super pink palette of the oversexualised AI. She just looks so absurd running through her list of protocols, confession modules and punishment programs, all in sweet shades of pink. 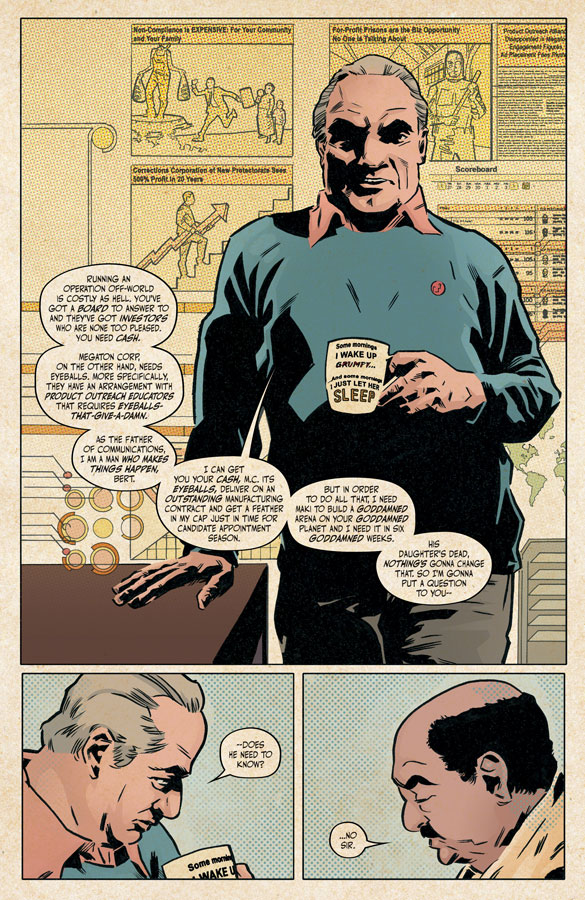 The overt sexism that we see within Bitch Planet can really make some of the scenes we encounter to be quite confronting and unsettling to experience, as they are problems that many women face in the real world. Even though this is a science fiction, for me it all feels very real and confronting. When Penny is hurting I am hurting. I feel for her and like Kam, I want to comfort her. It just feels like a very natural reaction for me. I just have so much empathy towards the women in Bitch Planet.

Bitch Planet always leaves me deep in thought, slightly troubled and somewhat hurt and “President Bitch” is no exception. I seriously love this comic and the compelling stories that we’re confronted with and this was another impressive issue. For me, there is a sense of realism there and I feel such a raw and powerful connection to many of the women and their poignant stories. There is strength behind this story and characters and we are just starting to see that shine through. No matter how heavyhearted, dispirited or damaged these women get, they will rise above it all. The characters are so well thought out within this story and every interaction between them leaves a lasting imprint.

All I can say is well done Kelly Sue Deconnick, Valentine de Landro and Kelly Fitzpatrick, this is one hell of a comic and this issue does not disappoint. 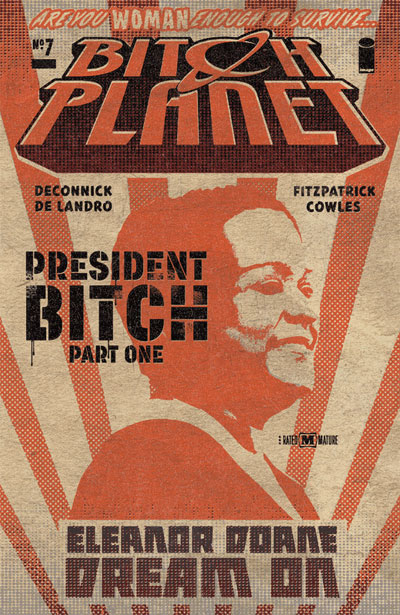