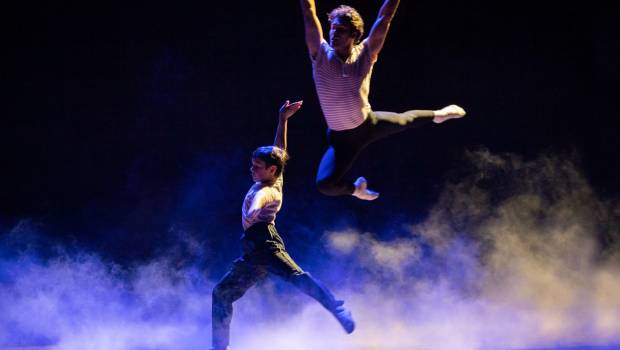 Summary: A pleasant evening at the theatre with great performances and choreography that may leave fans of musical theatre wanting more.

Fresh off multiple sold out runs in Sydney and Adelaide, Billy Elliot the Musical opened in Melbourne this weekend for a limited season at the Regent Theatre.

Based off the movie of the same name from the year 2000, which is an adaptation of a play by Lee Hall, Billy Elliot sees the title character discover a passion for ballet during the English miners’ strike of 1984. Billy’s father quite strongly objects to this due to the stereotype of male ballet dancers.

It’s been 10 years since we last saw this musical hit our stages, so this show is also being treated as an anniversary tour. Just like the previous run of shows, Billy Elliot the Musical features direction from Stephen Daldry, choreography from Peter Darling, and uses music by Elton John and Lee Hall. 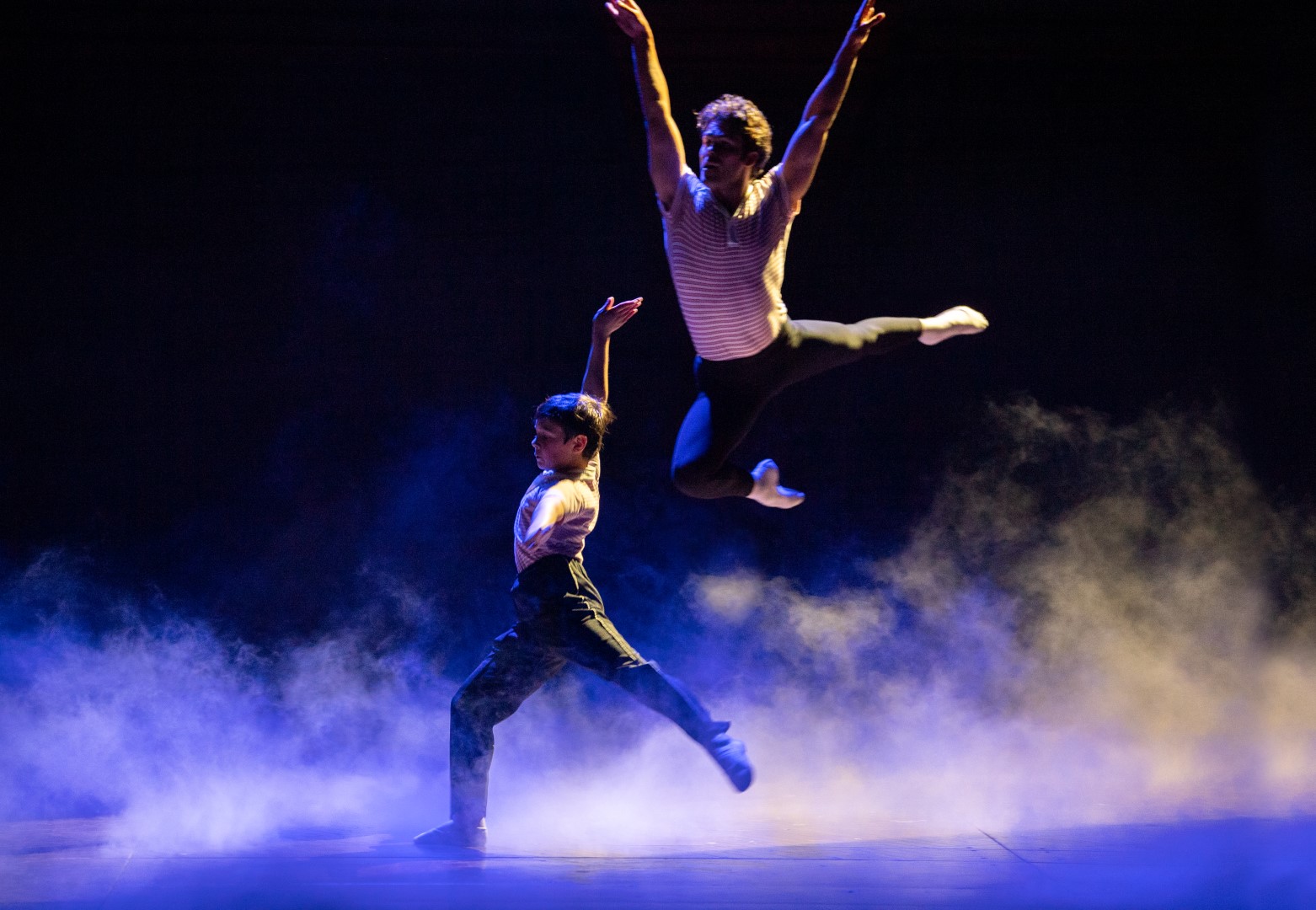 The star of the show is easily the young cast who play the title character. On the night I attended, we were gifted by a performance from 11 year old Melbourne actor River Mardesic. There are 4 different actors who take on the role across the run. Aside from River, we have Brisbane’s Omar Abiad, Canberra’s Jamie Rogers, and Newcastle’s Wade Neilsen.

The role of Billy Elliot is a pretty demanding one but River Mardesic stood up to the challenge and knocked it out of the park. Across the 3 hour run time, you see him do multiple dance styles (ballet and tap) incredible well, nail the dramatic character moments in scenes with his dad and grandmother, but the highlights have to be the comedic moments. Mardesic’s comedic timing is impeccable, especially in scenes where he’s joined by his best friend Michael, played by Oscar Mulcahy on the opening night. In terms of scale, their musical number is easily the most memorable from the show.

There were a few moments where Mardesic and the rest of the cast didn’t nail their lines in the classic English north-eastern accent the play is known for. This has to be one of my main issues with the production. Accents are difficult to nail, especially when you have an entire cast trying to pull off one of the more difficult accents out there. This is especially obvious in dialogue heavy scenes as it sounds like everyone is using a different accent. It’s quite distracting and can pull your attention away from what is being said. Although, saying all of that, they did use the phrase “howay man” a lot during the show, which I loved. 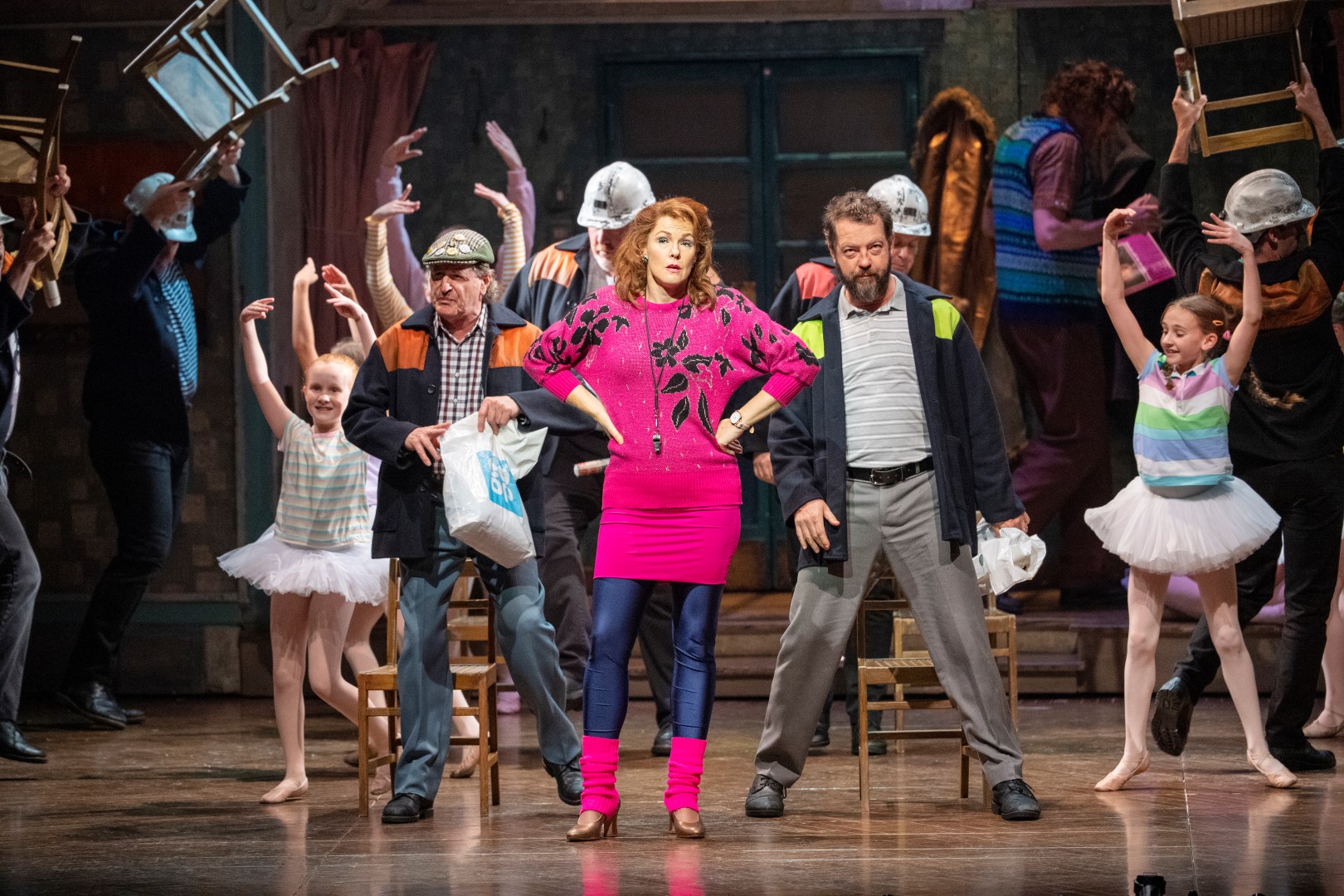 There are a handful of other notable child performances, including the character of Michael whom I mentioned earlier. Just like the role of Billy, he’s played by four different actors. Oscar Mulcahy is the young performer I saw, but Mason Kidd, Hamish Monger and James Sonnemann are also taking up the role across the season. Another entertaining character is Debbie, the daughter of Elliot’s ballet teacher. Played by Ella Tebbutt on opening night, she wasn’t as prevalent in the story as I remembered her being, but the moments she got were mostly very well done comedic sequences. The character of Debbie is also played by Chanel Charles and Gabrielle Daggar.

For the adults, we have the very prolific Lisa Sontag as ballet teacher Mrs Wilkinson. Clearly a  talented stage actor, dancer and singer, Sontag stole every scene she was in. She worked well with the younger performers as well. The first scene where her character meets Billy was very charming, and their relationship continued to be one of the more endearing elements of the night. I wish her character got more to do in the second half of the show though. 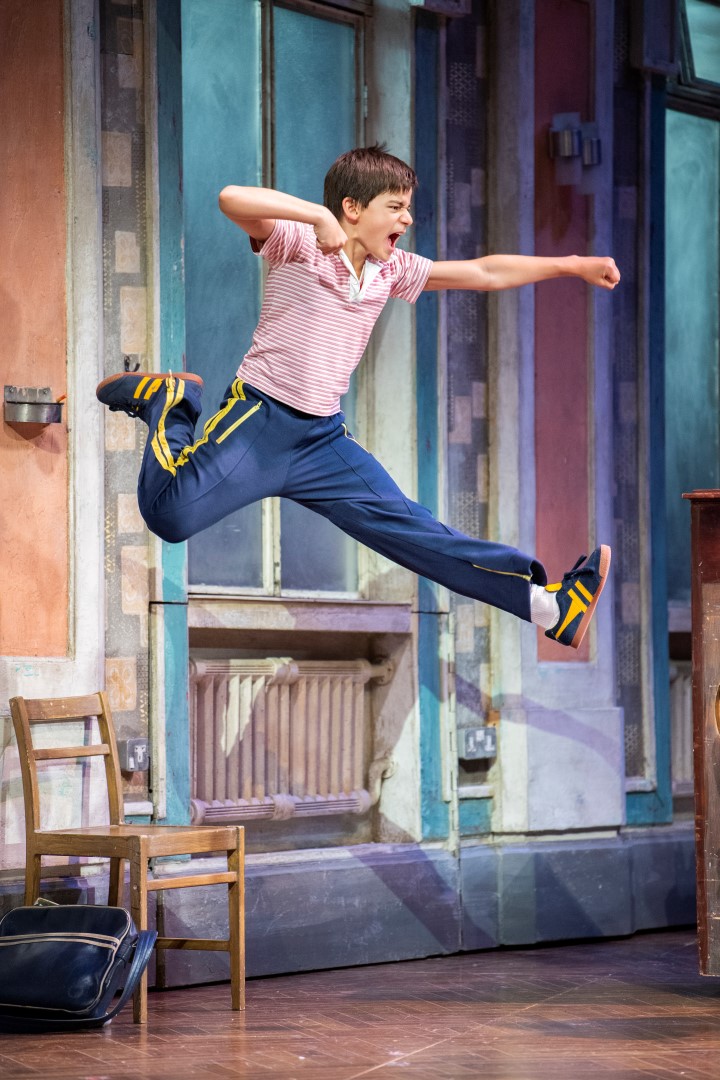 We also have Justin Smith playing Billy’s dad, Mr Elliot. He shines in the final hour of the show, delivering both heart-felt character moments and hilarious sequences of physical comedy. Vivien Davies plays Billy’s grandmother, who doesn’t get a whole lot to do, but does have some entertaining moments. Drew Livingston is Tony Elliot, the hot-headed older brother. The family dynamic works really well, although I must say that I did enjoy the one-on-one scenes quite a bit more. When they’re all on stage, it can get a bit chaotic, which leads into my main issue with the show…

The sound. In particular, the way the vocals are mixed. I haven’t been to the Regent Theatre in a while so this could just be an issue with their equipment, but all the vocals came out sounding very tinny. Usually this would be fine but the story of Billy Elliot contains many arguments with actors yelling over the top of each other. You pair this with the messy accents and it got to a point where it was extremely difficult to understand the dialogue. In contrast, the orchestra was extremely crisp. 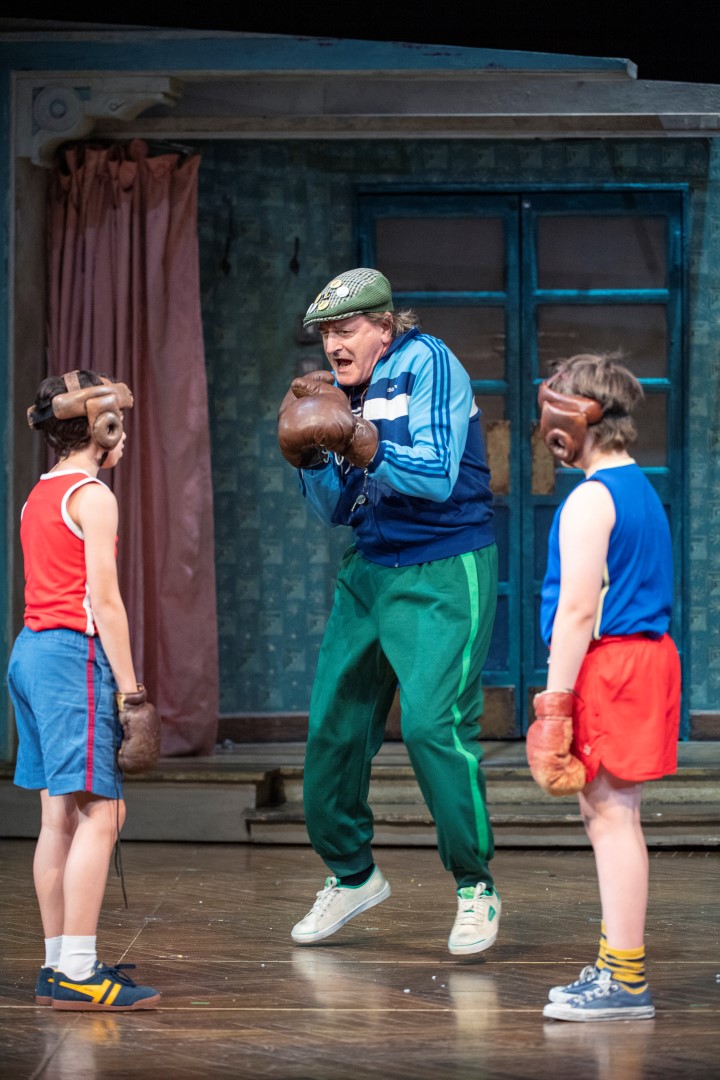 It was a little clearer in the musical moments, but even then it was difficult to understand most of the lyrics. But I don’t think that takes away from the songs at all. They’re all about spectacle, the lyrics aren’t particularly impressive.

Speaking of the spectacle, the dance sequences were all great. As mentioned, Billy and Michael’s song near the end of the first half is easily a highlight as the entire stage transforms into something quite marvellous. The stage design for moments like Billy in a theatre were really well done. But the best has to be the street riots. You’ve got angry workers going up against police, people climbing up wire fences, using props and lighting to paint a very dramatic picture. It’s moments like that where you get lost in the atmosphere of the stage show. 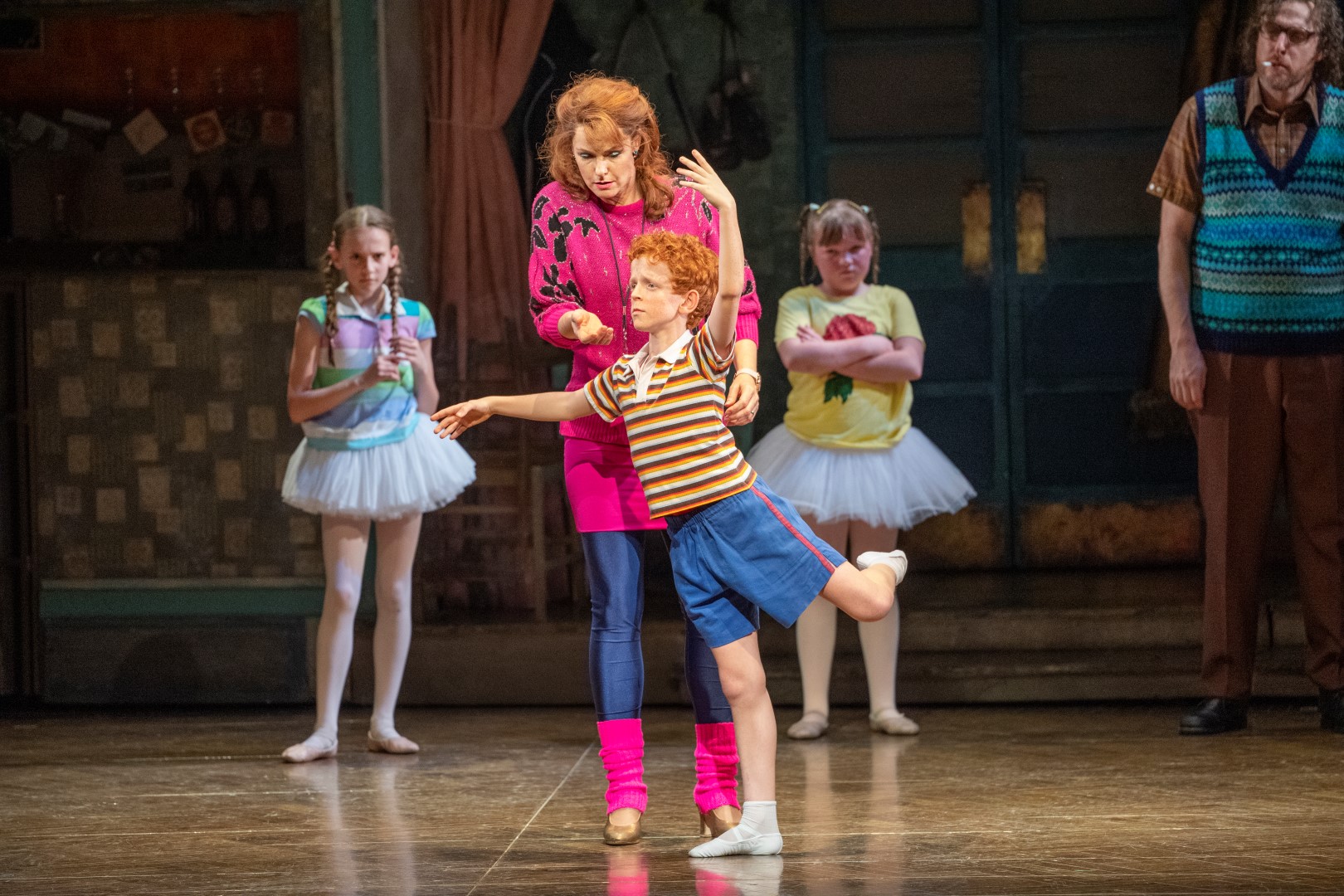 Overall, Billy Elliot the Musical is a well done piece of theatre. There are a few little issues here and there with the sound, the mixing, and the accents, but everyone up on the stage is there for a reason, and the dance / musical sequences prove why this show has been around for as long as it has.