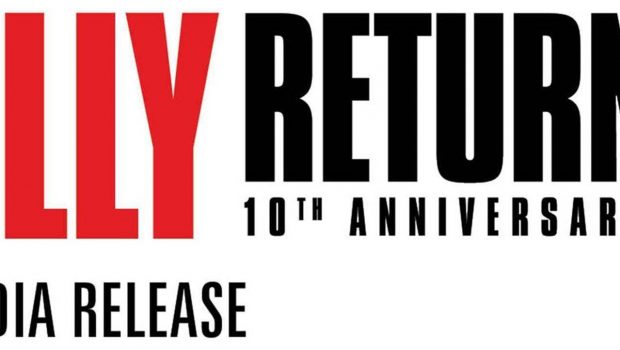 Universal Theatrical Group, Working Title Films, Greene Light Stage, Michael Coppel Entertainments and Louise Withers Presents are delighted to announce the adult cast for the 10th Anniversary Australian Tour of Billy Elliot the Musical which opens at Sydney Lyric Theatre in October 2019 followed by seasons in Melbourne at the Regent Theatre from February 2020, Crown Theatre Perth from June 2020, QPAC’s Lyric Theatre in Brisbane from July 2020 and the Festival Theatre at Adelaide Festival Centre from September 2020.

Featuring music by the legendary Elton John, book and lyrics by Lee Hall, choreography by Peter Darling and direction by Stephen Daldry, Billy Elliot the Musical has been seen by almost 12 million people worldwide.  Acclaimed by audiences and critics alike, it is the recipient of over 80 awards internationally, including 10 Tony Awards, 5 Olivier Awards and 8 Helpmann Awards.

Starring as the tough but supportive ballet teacher Mrs Wilkinson will be Kelley Abbey, one of Australia’s most accomplished performers, internationally renowned choreographer and award-winning creative director. Kelley began her career in the long running TV series E Street before starring on stage in productions including Sweet Charity, Grease the Arena Spectacular and Fame the Musical. Her incredible choreography earnt her a Helpmann Award for The Boy from Oz Arena Spectacular as she has proved to be one our country’s most creative and innovative doyens of dance and live performance. It is only fitting that she now steps into the shoes of Mrs Wilkinson to guide Billy through his unique dance journey.

“I am so thrilled to be playing Mrs Wilkinson and returning to the stage in such a heartfelt and moving show as Billy Elliot the Musical. In my career I have been directing, choreographing and mentoring so many dancers, that playing Mrs Wilkinson who teaches and mentors young Billy, seems a perfect fit! There’s nothing more exciting than nurturing young people to transport themselves via dance and really connect with their authentic selves.”, said Kelley.

Justin Smith joins the cast in the role of Dad, Billy’s stoic father. Justin is an acclaimed theatre and screen actor with musical credits including Jesus Christ Superstar and Rent. Most poignantly he also starred as Tony, Billy’s older brother in the original Australian production of Billy Elliot the Musical so it will be very special to see Justin take the generational leap and take on the role of the Dad in this heart-warming story.

Playing Billy’s eccentric Grandma is actress Vivien Davies. Her extensive career has seen her perform in musicals including Les Misérables, Menopause the Musical, Buddy and Dusty as well in many and varied productions with the Melbourne Theatre Company.

Billy’s hot-headed brother Tony will be played by Drew Livingston. Drew’s stage work has seen him work extensively since graduating from WAAPA in 2010 including productions for the Sydney Theatre Company and in the acclaimed Australian production of the National Theatre’s War Horse.

Award winning actor Robert Grubb stars as George, a miner and the town’s boxing coach. Robert is one of Australia’s most versatile actors having worked extensively on stage and screen starring in many and varied television and film roles including Flying Doctors, Mad Max, and Gallipoli. Robert’s musical theatre credits including MAMMA MIA! the Musical, Sunset Boulevard, We Will Rock You, which earnt him a Helpmann Award and most recently Priscilla Queen of the Desert.

Australian Producer Louise Withers said, “The outstanding talents of the adult cast including Kelley Abbey, Justin Smith and Robert Grubb, will ensure a special night out. We are privileged to have this remarkable adult company who will soon be joined by the 4 extremely gifted boys who will play the inspiring lead role of Billy. This 10th Anniversary Production will certainly be celebrated with this world class cast.”

The audition process continues for the incredibly talented children who will also be a part of this powerful cast with exciting announcements transpiring in the new year.

‘Billy Elliot will knock your socks off sideways!’ – DAILY TELEGRAPH

‘Billy’s a whizz! He’ll lift your spirits, make you cry and send you home high with hope’ – DAILY MAIL

‘Billy Elliot works them to the hilt and sweeps its audience away. Resistance is Useless…Stunning…Beautiful’

‘A non-stop runaway blockbuster of a smash. The best show you will ever see’ – NEW YORK POST

‘A gorgeous musical from top to bottom! Explosive and altogether spirit-lifting. Grabs hold of an audience and sends it soaring!’ – CHICAGO SUN-TIMES