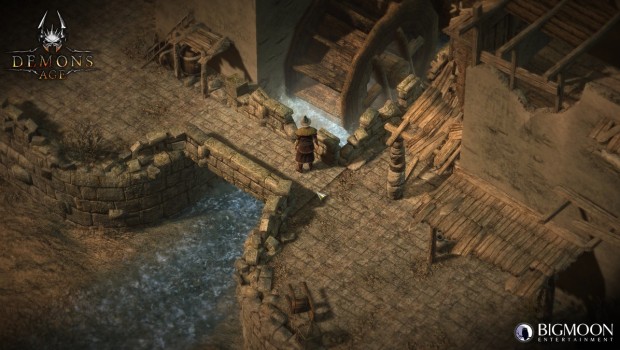 Gaia, Portugal — July 30, 2015 — Bigmoon Entertainment today announced Demons Age, a brand new title that brings together the characteristics of a classic turn-based roleplaying game with modern graphics and a gripping atmosphere. Demons Age takes console and PC gamers on a thrilling adventure in either single character or party mode in which they must explore ancient ruins, mystical places and mysterious dungeons while battling dangerous opponents along the way. Demons Age is slated to launch on Playstation 4, Xbox One and PC in Q1 2016. For more information about Demons Age, please visit: www.demonsage.com.

“We are all fans of dark fantasy and role-playing games, so many voices and ideas have gone into making Demons Age a game that fans of this genre will really enjoy”, said Paulo J. Games from Bigmoon Entertainment. “We didn’t limit ourselves to building just a classical turn-based RPG game, but wanted to create a game with the features and gameplay that we look for in a console or PC title, too”.