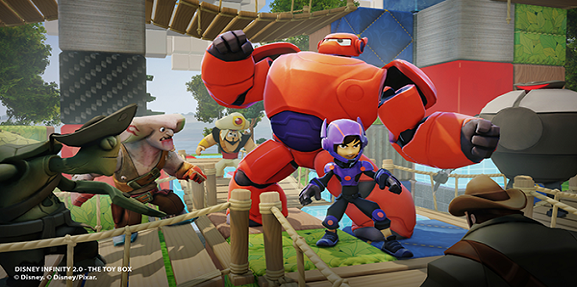 “Big Hero 6” To Pack a Mighty Wallop in Disney Infinity 2.0 with Appearance of Hiro and Baymax

Today, Disney Interactive announced that Hiro and Baymax from the upcoming action-packed movie “Big Hero 6” will be entering the Disney Infinity 2.0 Toy Box. Fans will be able to use Hiro’s mind-power and Baymax’s super strength, along with hundreds of items, locations, props, vehicles and more from across the Disney and Marvel universes to create all-new adventures born from the imagination of players.