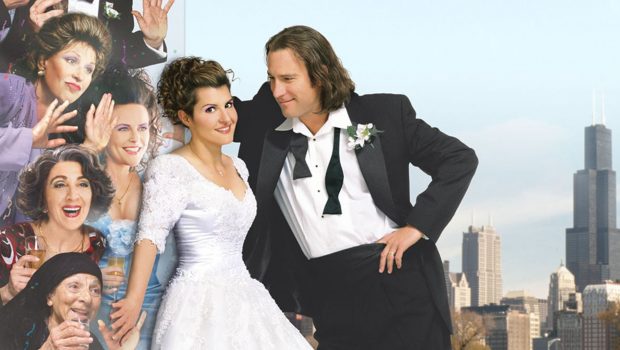 Universal Sony Pictures Home Entertainment is releasing My Big Fat Greek Wedding 2 – available to own on Blu-ray, DVD & Digital with UltraViolet from July 7, 2016.

The loveable and funny Portokalos family has returned and is as uncontrollable as ever, in the long-awaited sequel to the highest-grossing romantic comedy of all time. Written by, and starring Academy Award® nominee, NIA VARDALOS (My Big Fat Greek Wedding, I Hate Valentine’s Day), the beloved clan reunite to celebrate the biggest, Greekest wedding yet. The entire original ensemble reprise their roles in My Big Fat Greek Wedding 2.

Jumping forward 10 years from the first wedding, Toula (Vardalos) and Ian (JOHN CORBETT, My Big Fat Greek Wedding, Raising Helen) have raised their now 17-year-old daughter Paris (ELENA KAMPOURIS, Men, Women & Children, Labor Day) in the heart of Toula’s extended Greek family. Like most mothers, Toula is at odds with her daughter who is eager to set out on her own.

As Paris grapples with her family’s expectations of her, a Portokalos family secret brings three generations of family members together. An unexpected wedding threatens to disrupt the clan’s delicate balance, either bringing them all together or putting them all at odds as they prepare for the most unforgettable wedding yet!

Viewers will be laughing til’ they cry, as they fall in love with the hilarious and heartwarming family all over again.