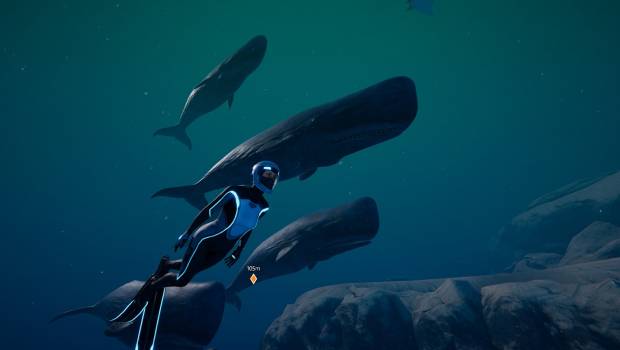 Beyond Blue’s PC & Console Release Date Rises from the Depths

E-Line Media, creators of BAFTA award-winning game Never Alone, is delighted to announce that ocean adventure Beyond Blue, will be coming to PC, PlayStation 4, and Xbox on 11th June 2020 during World Ocean’s Week.

Inspired by and featuring footage from Blue Planet II, E-Line Media created Ocean Insights, sixteen mini-documentaries that players will be able to unlock while they explore the world of the Western Pacific. Fans can take an early look at what exists beneath the depths with a newly released trailer that features some of the scientists that worked with the game developers to capture the experience of bringing the deep ocean to life.

About Beyond Blue
Set against the near-future backdrop of Earth’s oceans, Beyond Blue features the scientific support of real-world exploration and outreach initiative, OceanX, and embracing its minimally invasive exploration techniques. It tells the story of a crew of scientists – led by oceanographers Mirai and André – who set out to test their “Ocean Sense Network,” which has the power to literally shine a light on the unexplored depths of the ocean as they unravel its endless mysteries.

Focusing on the Western Pacific Ocean amid a large multispecies gathering of cetaceans and other creatures, players will step into the shoes (and flippers) of Mirai, as they use technology to better understand the urgent threats facing these blue depths.

At the same time, Beyond Blue will feature never-before-seen footage licensed from BBC Studios’ Blue Planet II, expanding upon the game’s story and educating players about the social and emotional lives of these whales – the creatures with the biggest brains on the planet.