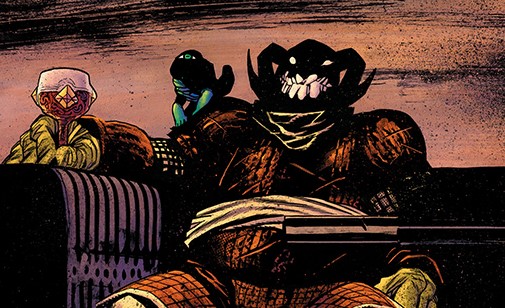 The series will feature artwork by James Harren.
Image Comics is pleased to announce that James Harren will take the reins as guest artist on the ongoing series created by bestselling writer Rick Remender and artist Jerome Opeña. This second story arc’s SEVEN TO ETERNITY #7 will introduce Harren’s contributions this June.

Suffering from the aftermath of the sentient swamp, The Mosak follow Adam to Jevalia’s childhood home to discover a trampled paradise, the bled souls of its heroes, and a fetid industry thirsting for more.

“I’ve literally been trying to work with James for seven years, so it’s fitting he join Seven to Eternity. He’s one of the most talented artists in comics, expressive and unique art with perfect storytelling,” said Remender. “James is joining us for a two-issue story that I can’t talk much about or I’d spoil issues five and six, but it’s a big tale that digs into who our Mosak are and why they are each so desperate to see Zhal freed of the God of Whispers.”

In this chapter in the SEVEN TO ETERNITY saga, Remender and Harren team up to unveil the heights of heroism in a world awash with corruption. 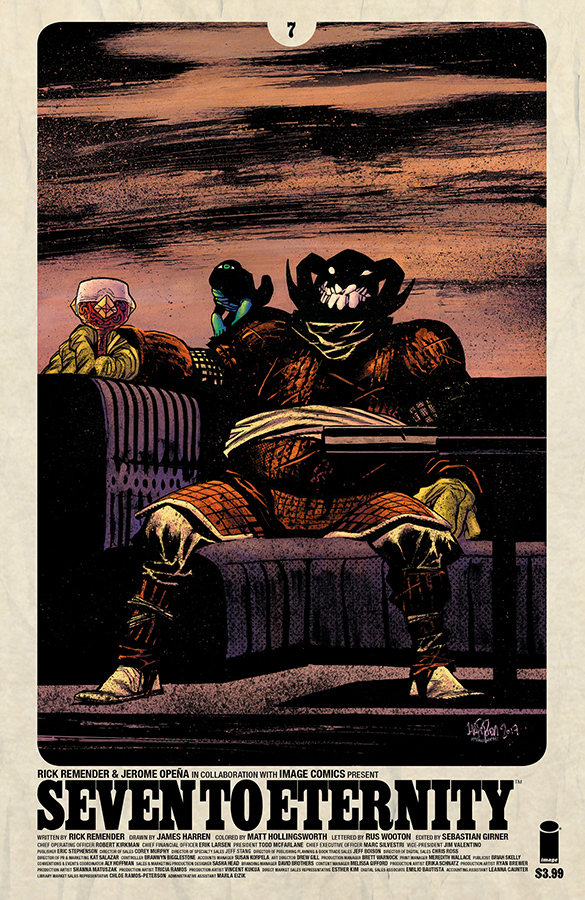