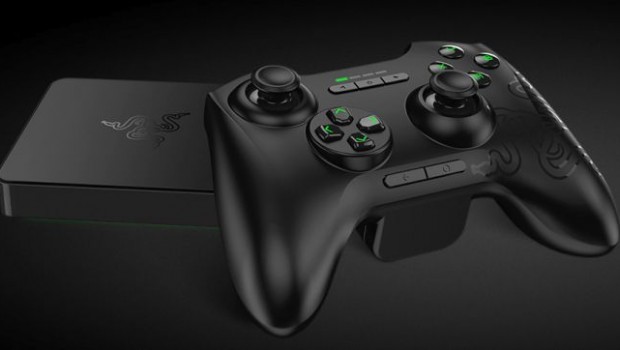 Razer Forge TV ($99.99) and Razer Serval (bundled with Forge TV, $149.99; $79.99, separately) are available now online at RazerStore and Amazon. Both products will begin shipping within two weeks for North America.

Multimedia content and Android games are powered by a quad-core Qualcomm® CPU and dedicated GPU in the Razer Forge TV. All this power and performance has been engineered into a sleek and compact design.

Razer Forge TV was selected the “Best Gaming” product at CES 2015 and also won “People’s Choice” by way of an open public vote, besting a field of more than 20,000 other products. The Razer Turret lapboard and mouse and Razer Cortex: Stream software will be released later this year, allowing PC games to be played in the living room by streaming through the Forge TV.

About the Razer Forge TV:

Razer Forge TV was built to bring hardcore PC gaming, Android gaming and entertainment to the television. The Razer micro-console provides next-level Android TV gaming with Full HD graphics and with support for up to four Razer Serval controllers. Powered by a quad-core processor and gaming-grade graphics, users can pick up their games and movies where they left off when switching between their mobile devices and Razer Forge TV. Google Play offers a selection of games, movies, music and apps specifically designed for Android TV. Movies, music, and web content can be sent from a mobile device to the Razer Forge TV with built-in support for Google Cast.