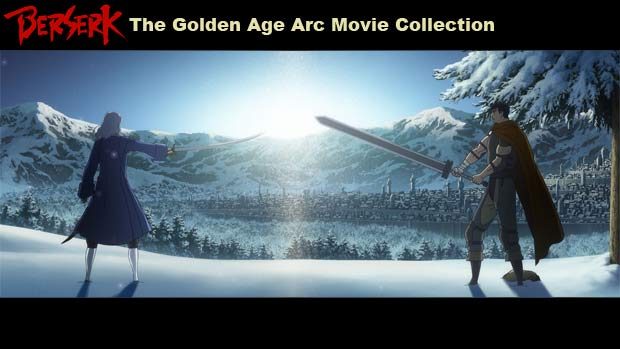 Summary: Berserk The Golden Age Arc Movie Collection is a thrilling anime collection on Blu-ray that is almost the perfect medieval fantasy series!

When the original Berserk series came out, I was totally captivated by the characters of this medieval fantasy anime universe, especially Guts, the lone wolf mercenary who gets caught up in this one hundred year war. Given his prowess as a fighter on the battlefield, the legendary mercenaries known as the Band of the Hawk led by Griffith cross path and thus begins this extraordinary and quite violent adventure with this backdrop of war, politics and diplomacy around them. 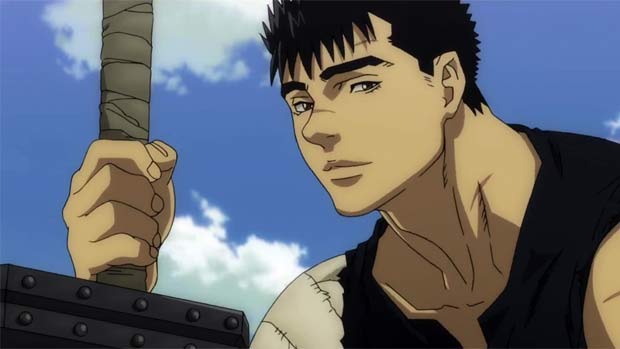 This Blu-ray release from Madman collects all three feature films of this franchise into one accessible collection and even though it does help to know some of the history of Berserk, I would say that the creators have done a fairly good job at making it accessible to the majority. Another highlight of this release is that the original voice actors from the series have returned which does lend itself to the continuity of these characters. 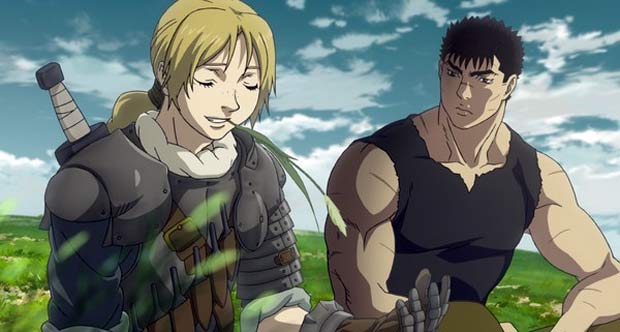 The three films included in this release are The Egg of the King, The Battle for Doldrey and The Advent. The first film, The Egg of the King is an origin story which goes into the reasons why Guts was forced to join the Band of the Hawk. Unfortunately when Guts was defeated not just once but twice by their leader Griffiths, he is forced to become part of their team.

However along the way his slavery becomes friendship as the Hawks become involved war as they fight for the Midlands. Add in demons, assassination attempts and a Game of Thrones slice of political intrigue, the film ends with a huge repercussion for Guts. 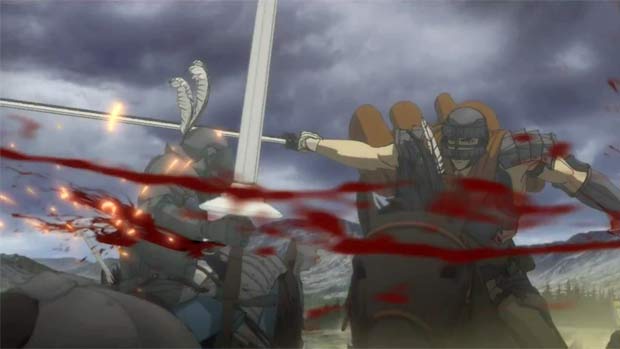 The second film, The Battle for Doldrey sees Guts leave the company from the band in order to find his own destiny as Griffith and the other members of The Band of the Hawk become drawn into the battle surrounding the Fortress of Doldrey as the Chuder Empire attempts to capture this almost impenetrable building. 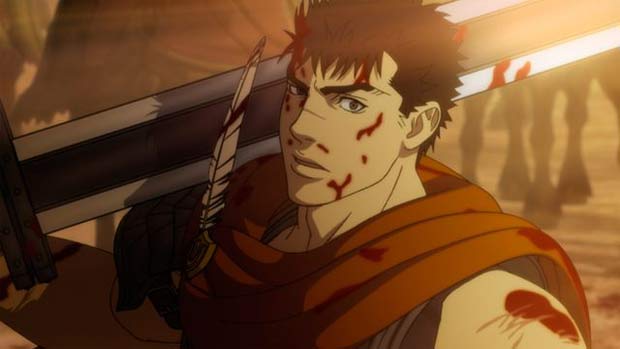 To compound the situation, Griffith is imprisoned after he is caught sleeping with Princess Charlotte (introduced in the last movie) which causes the reputation of the Hawks to be destroyed. The last film sees Guts returning the band when he discovers that his mentor and friend Griffith has been unfairly imprisoned and to make matters worse, the Hawks are now outlaws in the Midlands. 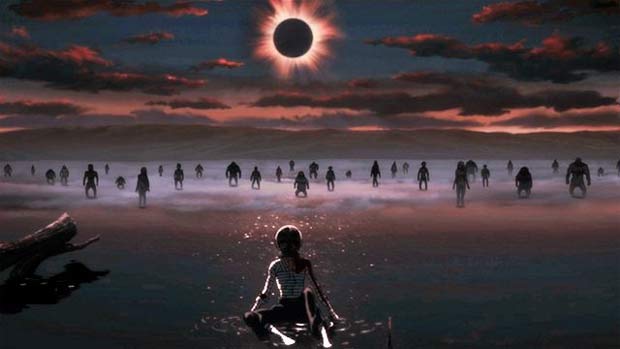 So when the Hawks led by Guts finally free Griffith, they discover a broken leader after years of torture. To make matters worse, the group is transported to a demon world which sees Griffith become a puppet to the God Hand and once again Guts is forced to rescue his old friend that ends in disaster.

In terms of stories, the first and the last film are probably my favourites due to the action, world-building and character development, not to mention the great action scenes. However it’s probably the relationship between Guts and Griffith which is the highlight of Berserk, especially with the larger than life battles happening around them. The final film also ends on a climax that once again shakes the Hawks to their core. 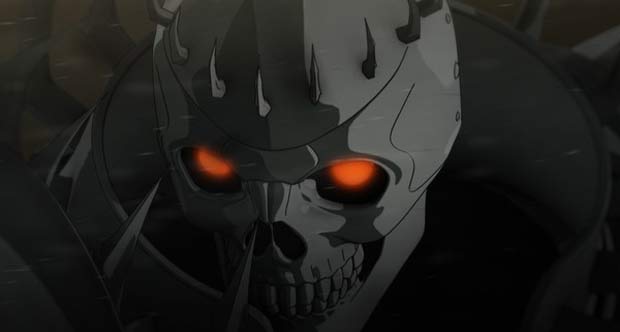 The animation of Berserk The Golden Age Arc Movie Collection is very stylised and very graphic at the same time, not to mention some of the sex scenes. The gore and blood almost pop out of your TV and with the inclusion of some CGI, it makes for quite a dynamic experience. Audio is equally as impressive and as mentioned, the original actors return for these movies who really get into the headspace of these characters.

Sure, some of the voice acting is a little over the top and clichéd but for the most part, it actually suits this medieval fantasy setting well. There’s also some great extras that include interviews with its creators and some nice production art, not to mention a snippet from a concert.

If you enjoy a fantasy medieval setting then Berserk The Golden Age Arc Movie Collection is definitely a must have Blu-ray or DVD for your anime collection. It features some very powerful yet broken characters with some interesting relationships. Sure, they may be some of the most powerful warriors on the planet but they also have quite a few flaws. However this collection is about Guts and Griffiths and their journey, including their choices that either makes the world a better or darker. Recommended! 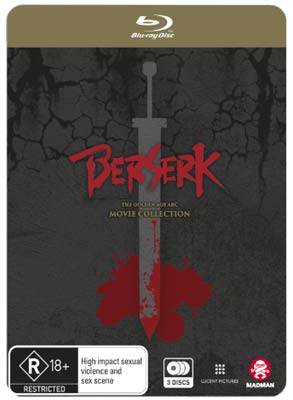