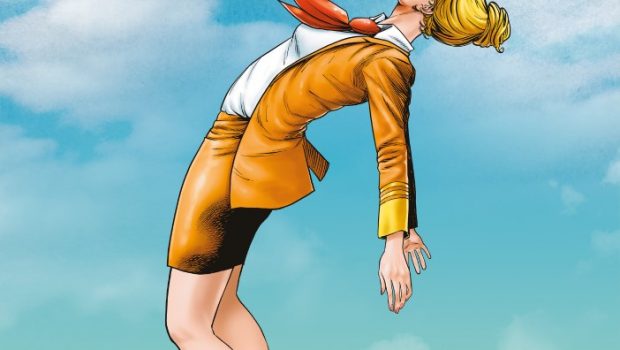 Acrophobic flight attendant Blythe has just fallen for a mysterious traveler– who may or may not be a terrorist– and she’s about to embark on the strangest journey of her life. Searching for him, Blythe will crash-land into a web of technological conspiracies, dark politics and cryptic orders. When she learns that she is the only person able to control flight and reality, with science so advanced it might be magic, she’ll have to break the rules of time and space for answers. 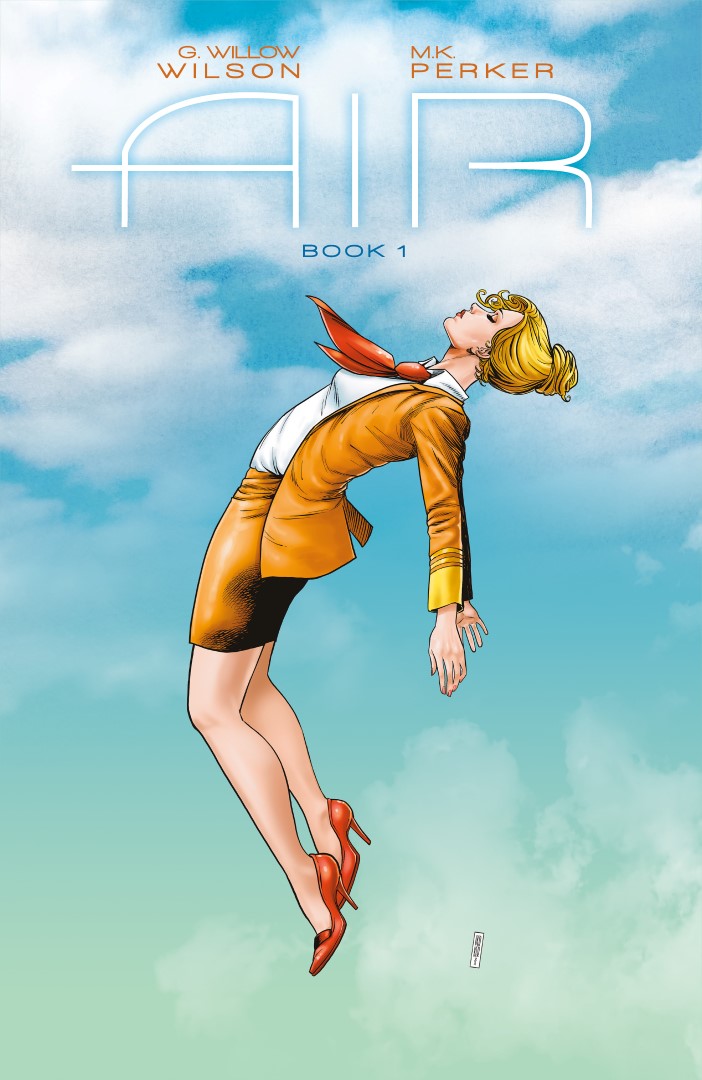 “I’m thrilled to reunite with the original team behind this series for its second life at Berger Books,” said G. Willow Wilson. “It was an adventure working with M.K. and Karen to shape this world of surreal flight technology, alternate history and shadowy secret organizations back in 2008, and now a whole new readership gets to experience this series for the first time.”

“Air stole my heart when I first published the series at Vertigo,” said Karen Berger. “It’s a one-of-a-kind illuminating and exhilarating story about an unconventional heroine and an unforgettable cast of characters including an alive and soaring Amelia Earhart. It showcases the exceedingly talented G. Willow Wilson very early in her formidable career with sensational art by M.K. Perker. I’m thrilled to re-present one of my all-time faves!”

Air Volume 1 trade paperback will be in comic shops September 14, 2022 and in bookstores September 27, 2022. It is available for pre-order on Amazon, Barnes & Noble, and at your local comic shop and bookstore. Air Volume 1 will retail for $19.99.