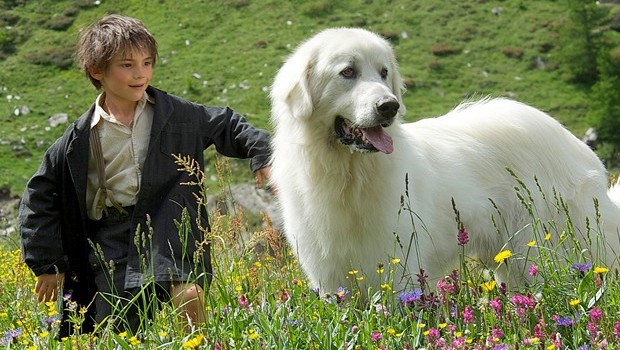 Light as a feather and soft as snow, Belle and Sebastian has high production values and attractive shooting locations but it is as forgettable as a made for television special. Set in the French Alps and filmed on real mountains, the only positive attribute of the film are its aesthetic achievements. At the beginning of the film the wide angle shots and open spaces frame a beautiful but ominous cliff face. The director of these shots is Nicolas Vanier who is described as a French “adventurist” and last made Loup in 2009, which was about the Serbian mountain ranges and raising herds of reindeer. Evidently, from his filmography, the subject of this feature, and its emphasis on animals, Vanier loves the wild and nature. Yet there isn’t a clear audience for whom he is aiming the film towards. The film is too lightweight for adults and it wouldn’t be edgy enough children. The film seems oblivious to how increasingly sophisticated children today are and how desensitized they are to darker material. Films from major mainstream American studios like Pixar have challenged the notion that children’s films have to be less intelligent or simplified, while a film like this retreats to warm pleasantries as a means of shadowing its lack of sophistication. 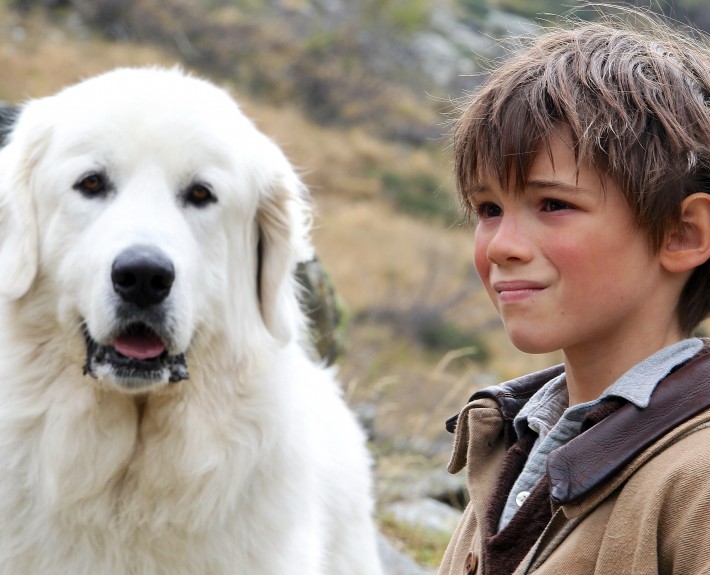 The film’s archaic form and its wholesomeness can be attributed to the source material which belongs to another era. Vanier is working from French actress Cecile Aubrey children’s novel, about a boy and his Pyrenean Mountain Dog and their adventures together. Aubrey adapted her own story into a 1960’s television show, which over its thirteen episodes earned a sizeable following and gained universal cultural resonance. A Japanese anime adaptation was developed in the 1980s. Similarly, in France this was the second highest grossing film from last year. It has earned over $33 million dollars globally. Audiences may have responded to Vanier’s attempts to reshape the original material. One of the major changes to the film is setting it in WWII. The historical alteration is meant to add tension to the story and to offset the sentimentality of the premise. The imbalance is still jarring because the film preferences its cornball narrative, the friendship between a boy and his dog, while sidelining the far more interesting story of people daringly escaping to Switzerland. We must ask why a narrative that is tedious and schmaltzy conceals and soft-pedals the more serious and important historical component, if only for the sake of being box-office foolproof. 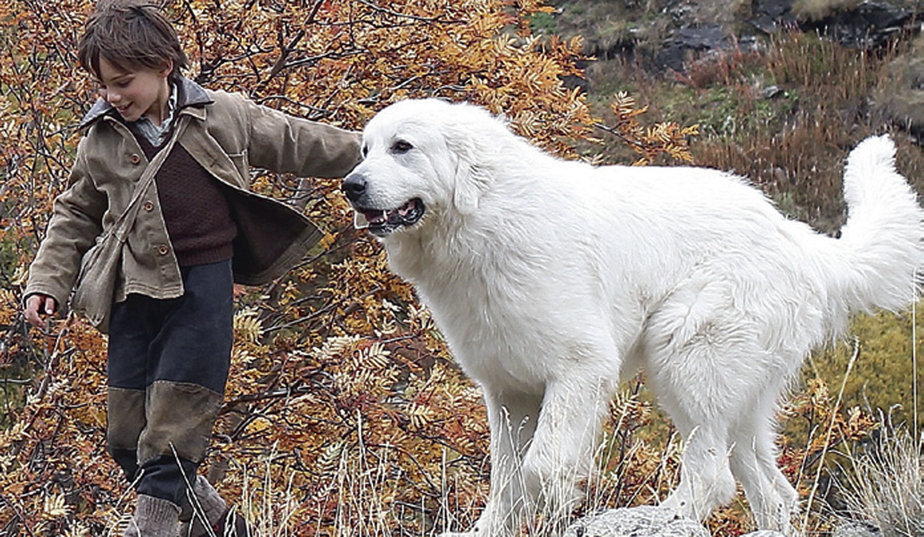 Further reiterating the film’s old fashioned nature is the simplicity of the plot. Sebastian (Felix Bossuet) has no family, he thinks his mother is in America, and is looked after by Cesar (Tcheky Karyo), a drunken caretaker. Cesar and his friends believe an animal they call the “beast” is dangerous and killing the wildlife. They set traps for the animal and try to hunt it down. Sebastian discovers that, surprise, the beast is a misunderstood dog and after a wash he names him Belle and hides him from Cesar. The film’s subplot involves helping people across the mountains to escape to Switzerland and avoid the capture of the Nazis. The generic story recycles tired beats and messages about coming of age, overcoming our fears and loving our enemies. It is an indistinguishable companion to DreamWorks’ How to Train Your Dragon, such is the familiarity of the narrative and how stock standard and unsurprising the characters are. Even the threat of the Third Reich brings little menace. Some might faintly praise the film for its gentility, compared to mainstream entertainment, which does little to excuse some laughably corny scenes like Belle running in slow-motion while a children’s song is played over the soundtrack. What has happened to the French cinema of the past, where tough films with something to say were made, compared to the post-Amelie period of light, mass appealing crowd-pleasers? And since when does France adopt the lazy Hollywood model of refurnishing old, safe ideas, rather than challenging us with daring new ones?

Summary: Since when does France adopt the lazy Hollywood model of refurnishing old, safe ideas, rather than challenging us with daring new ones?