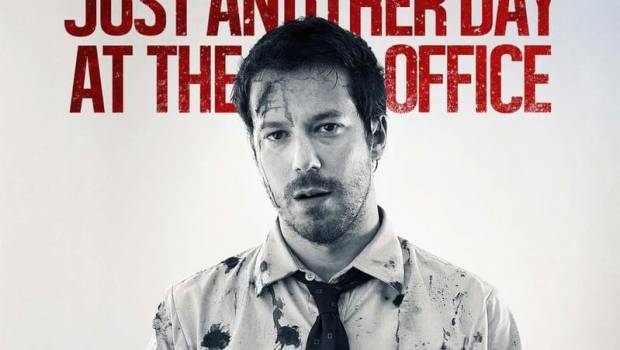 Summary: The Belko Experiment is what happens if Mick Taylor and Rocket Racoon get together to run a philosophy course – violent bloody drama with lashings of black black humour.

A bad day at the office

You’ve heard of the trolley problem, right? A runaway train is hurtling down the tracks and it is unstoppable. In the train’s path are a group of people unaware of the locomotive death-machine heading their way at high-speed. Fortunately, there is a fork in the tracks and a lever to switch the tracks. On this track there is only one lonely worker unaware of what’s happening. You are by the switch and can change the tracks from the group to lone worker. If the train track is changed only this one worker will die while the others will all live. You have only two choices, what do you do? Do you kill one to save many or do nothing? Where does your moral culpability begin and end? 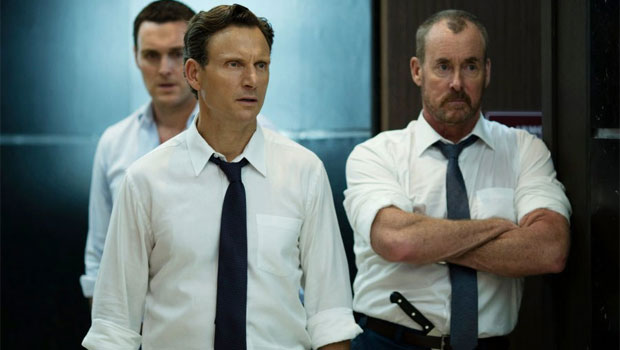 This thought experiment is at the heart of the plot of Greg Mclean’s latest film The Belko Experiment. The premise is simple. In Colombia, a multinational Corporation – Belko Corp – has an office. One day the local workers are sent home and the remaining 80 American National employees are locked in. Cut-off from the world outside they are instructed to kill each other with whatever they have to hand. Chaos ensues. 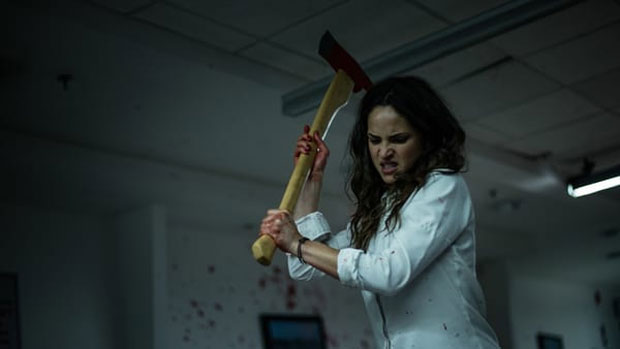 While this was clearly always going to be a bloodbath, Gunn’s script and Mclean’ts direction make it a thoughtful and provocative one. The Belko Experiment is what happens if Mick Taylor and Rocket Racoon get together to run a philosophy course – violent bloody drama with lashings of black black humour. The Belko Experiment is not for the faint of heart those adverse to violence and gore. It’s a traumatic film. There is blood and mangled flesh a plenty. Mclean doesn’t shy away from showing the consequences of character’s decisions. Beyond the gore and kills The Belko Experiment is a taut psychological drama powered by a very solid cast. The strength of this film doesn’t rest in its visceral practical effects and (sort of) unique premise but in the performances and the script.

The film was written and produced by James Gunn (who was initially slated to direct as well, before Mclean was bought in). You probably recognise Gunn’s name from the Marvel Blockbusters Guardians of the Galaxy 1 & 2 (2014 & 2017), the superhero black-comedy Super (2010), and the cult horror schlock fest Slither (2006). The Belko Experiment has been Gunn’s side-project outside of GotG. Based on a dream Gunn had, The Belko Experiment is more about the people than the premise. The setting of a regular company and office environment makes this film relatable in the same manner that makes shows like the British and US versions of the Office or Mike Judges 1999 film, Officespace, effective. The environment is recognisable, one of the quirks of humanity is that we mostly have to work and live with each in big tribal bunches. The relationships and rivalries developed in such places resonate with the vast majority of people. Whether we like it or not, our workplaces are communities that we must be involved in. The decisions we make affect the lives and well-being of the others we share the space with. 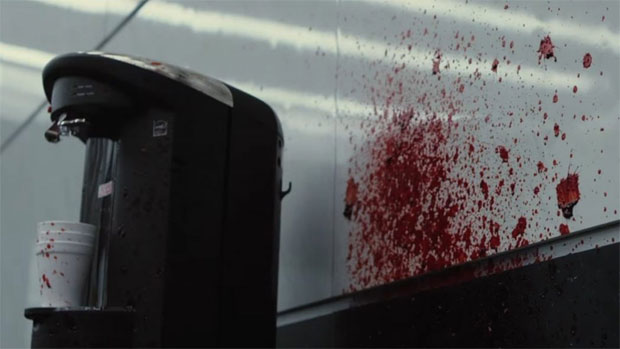 It is this sense of community and obligation that Mclean and Gunn focus on. With great success. There are villains and heroes in The Belko Experiment. We quickly learn who is a “good guy” and who is a “bad guy” but often these labels are very subjective. Some of the characters clearly think they are doing the correct and moral thing, others are just in it to save themselves. As a whole, this isn’t a clash of good versus evil but a conflict of different moral compasses. Some people will only ever take the “moral” – let’s call it the lawful good approach – while other are more pragmatic.

This is where the performances stand out. Tony Goldwin is is wonderfully conflicted as Barry Norris. He has to balance the pragmatics of the situation with a genuine care for his staff. He faces some hard choices. John Gallagher Jnr is Mike Milch, a tech worker and optimist who is doggedly moral, until he isn’t. John C. McGinley is middle management in the kind of role that Scrubs fans will find surprising and out of character. Adria Arjona plays Leandra Florez, Norris’ PA and Milch’s partner. Brent Sexton pulls a powerful turn as Vince Agostino. There are also supporting appearances by Gunn stalwarts Michael Rooker and Sean Gunn. 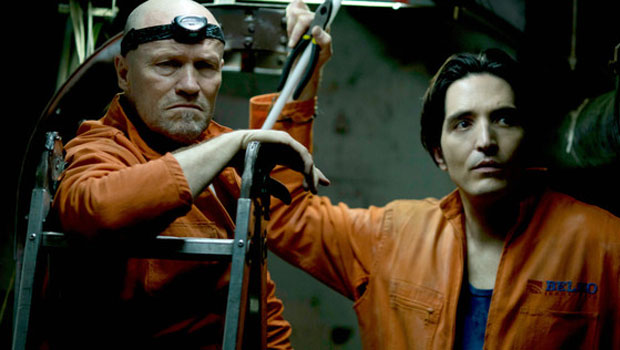 The direction is good, if not great. The Belko Experiment is fun and serious in the correct amounts, but it doesn’t do anything profoundly original. The ideas in the film have cropped up elsewhere in films as disparate as Fortress, Cube, and Kinji Fukasako’s excellent Battle Royale. The practical effects are excellent, while some of the CGI looks a little cheap. While some of the violence is necessary for the script, in some parts it is a little over the top. And while I don’t feel that it is, I can understand why some critics feel that it is a cold and cruel film.

The Blu-ray production is excellent. The image is crisp and clear. The sound is high quality Dolby DTS. There are plenty of special features. There are interviews and behind the scenes snippets in the obligatory mini-documentary, there is a selection of deleted scenes and a gallery of images. But the real gem is the Survival Tips animated by Lee Hardcastle. Fans of Hardcastle should invest just for the calymation shorts. For those not in the know, Lee Hardcastle is a claymation animator renowned for his gory horror shorts. He’s turned up far and wide with parodies of The Simpsons, Slots in The ABC’s of Death, and directing and animating the lead single for Gunship’s self-titled album. His survival tips are brutal and funny and capture the spirit of the film beautifully. 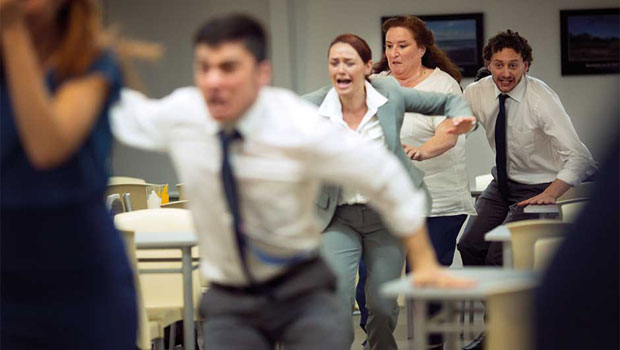 For a low-budget feature by a big-budget team, The Belko Experiment  is a great film. It’s not going to be for everyone. The premise is something some will find distasteful and some of it is difficult to stomach. But for those willing to give it a go, it is a rewarding and compelling drama. It doesn’t break new ground, but what it does it does very well. The Blu-ray release is solid and well worth the investment. It has the sort of extras that many similar releases sorely lack. The bottom line, go on and watch it – live vicariously. You know you’ll be thinking it all day tomorrow in your open plan office.