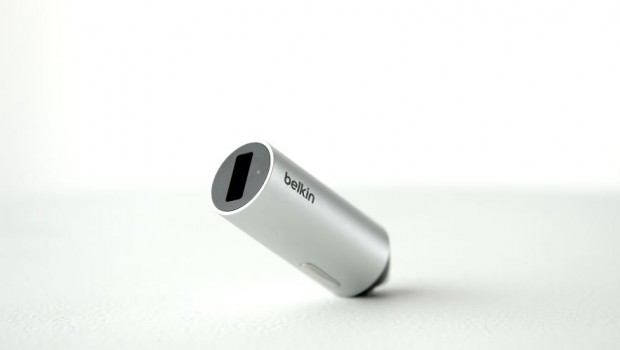 Sydney, Australia and Las Vegas, Nevada, 7 January 2016 -– Belkin® today announced that it has been named CES 2016 Best of Innovation Awards recipient for the Valet Charge Dock for Apple Watch® + iPhone® in the Portable Media Players and Accessories product category.

Products entered in this prestigious CES program are judged by a distinguished panel of independent industrial designers, independent engineers and members of the trade media to honour outstanding design and engineering in cutting edge consumer electronics products across 27 product categories.

The Valet Charge Dock for Apple Watch + iPhone is the first-of-its-kind charging solution with an integrated magnetic charger for the Apple Watch and a Lightning connector for an iPhone. The Charge Dock’s sleek finish complements your devices, and its compact size effortlessly blends in on any desk or bedside table.

Crafted from aluminum and stainless steel, the Car Power Valet charges at 1.2A for iPhones and up to 2.4A for iPads. It effortlessly slides into any 12V power socket and seamlessly blend in any luxury vehicle interior. The Car Power Valet kit include either a single-port or dual-port charger, a 1.4-metre braided Lightning cable, an elegant dash magnet to secure the custom designed aluminum Lightning cable head to the dashboard, and a soft leather pouch for conveniently storing the entire charging kit.

The Belkin Cup Mount rotates at 360 degrees so users can position their smartphones in portrait or landscape mode. Portrait mode is ideal for charging, listening to music, and hands-free phone calls, while landscape view makes it easier to use navigation apps.

“We are a worldwide leader in the space of mobile accessories, and we take great pride in crafting products that push the boundaries of what’s possible in this space” said Oliver Seil, Belkin International’s Senior Design Director. “We are extremely pleased to have been recognised with a 2016 CES Best of Innovation Award as well as being recognised with two Honouree awards for our mobile accessories.”

The prestigious CES Innovation Awards are sponsored by the Consumer Technology Association (CTA)™, the producer of CES 2016, the global gathering place for all who thrive on the business of consumer technologies, and have been recognising achievements in product design and engineering since 1976.

Entries are evaluated on their engineering, aesthetic and design qualities, intended use/function and user value, how the design and innovation of the product directly compares to other products in the marketplace and unique/novel features present.

–       Belkin Car Power Valet: available: available now at Apple retail stores and online at Belkin.com.au with an RRP of $119.95.