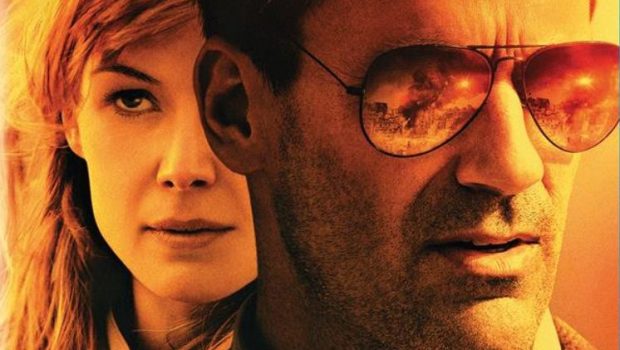 Summary: Beirut is one man's story of redemption and a cinematic retelling of the withdraw from this country

The moral ambiguity and seemingly never ending tit for tat violence of the Middle East are well portrayed in this riveting drama centring around the seemingly doomed effort to save a kidnapped US spy in the lead up to the terrorist bombing of the U.S. and French military forces stationed in Lebanon in 1982.

John Hamm plays Mason Skiles, a State Department official intimately involve in keeping the Lebanon from toppling into civil war and who himself is a star on the rise.  Married to a Lebanense woman, and hosting cocktail parties with all members of the Byzantine political world that was the old Lebanon, he and his wife have even fostered a Lebanese orphan boy, aka rim, with the hope of one day adopting him. However, the boy is the brother to a notorious Lebanese terrorist, and it is during one of those dinner parties that the brother attacks – and in the process, leads to the death of Stiles’ wife through the inadvertent actions of his CIA friend, Cal Riley. 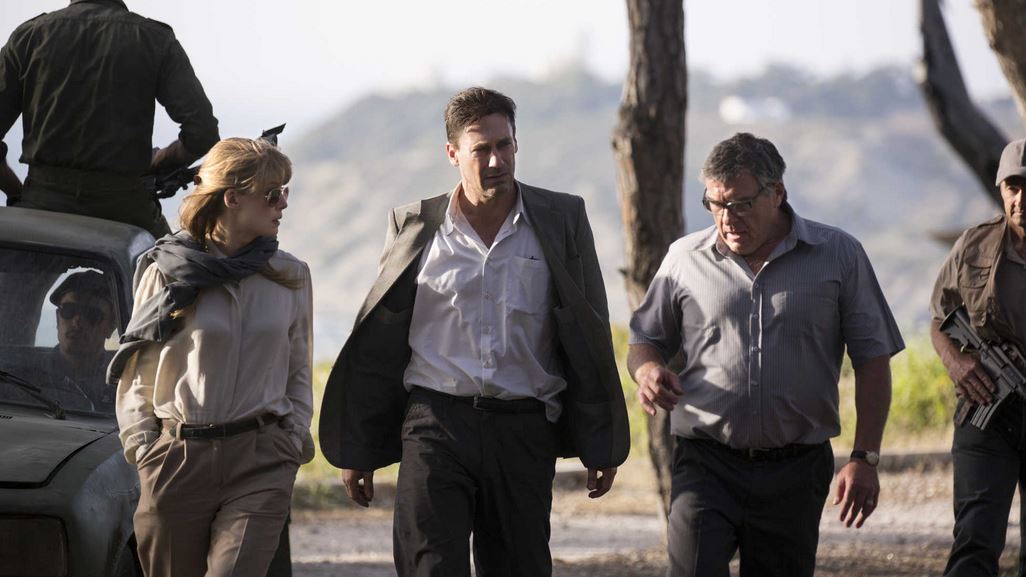 Fast forward a decade later and Stiles is a drunk, mediating an employment dispute between a recalcitrant Union and an abusive employer.  Out of nowhere, he is approached to fly out to Beirut and help rescue Cal Riley, kidnapped by a splinter terrorist group.  The terror group who did this is headed by Karim and Riley is the man who Stiles blames for the death of his wife.

The friable nature of the Lebanese polity is matched by the competing interests on the American side-the military, State Department and CIA all seemingly working for the one goal, but really competing with each other for ascendancy in dealing with the PLO, the Israeli’s and the various factions of the Lebanese civil war.  Stiles must determine who is lying and where the truth really lies as he struggles to find Riley and escape with his life.

Tony Gilroy’s tightly plotted script ratchets up the tension as Skiles is inserted into the rescue mission while Rosamund Pike brings quiet dignity and desperation to a role that might otherwise have been outshone in weaker hands by the overwhelmingly male cast. 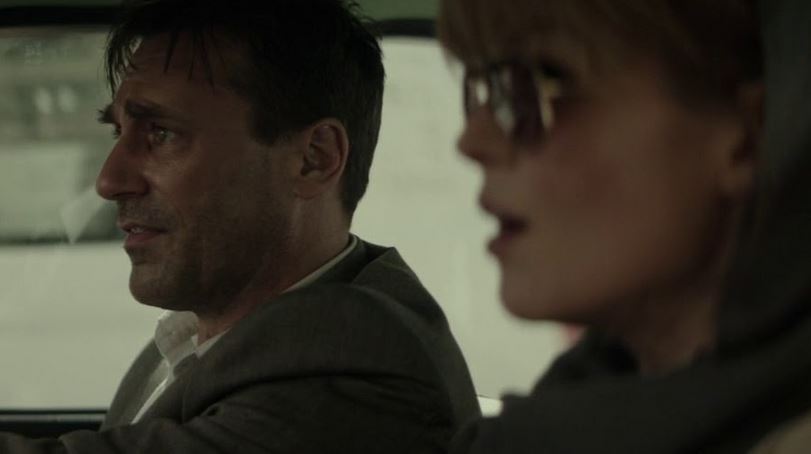 Brad Anderson’s direction effectively displays Beirut before and after the civil war, displaying a cosmopolitan city destroyed by various factions while also being the plaything of number of international actors whose agendas are at odds with the intent of the mission to bring a ceasefire to a seemingly intractable conflict.  His Beirut is a ruined anthill, divided up into petty fiefdoms, with the destruction viewed from overhead chillingly inspired by similar vistas in today’s ruined Syria.

Hamm is excellent as a man whose illusions were rudely shattered and was left to crudely knit his life together. His story is one of redemption, of using his skills and abilities to find Cal Riley, the man he blames for his wife’s death, even though he truly knows was never at fault. 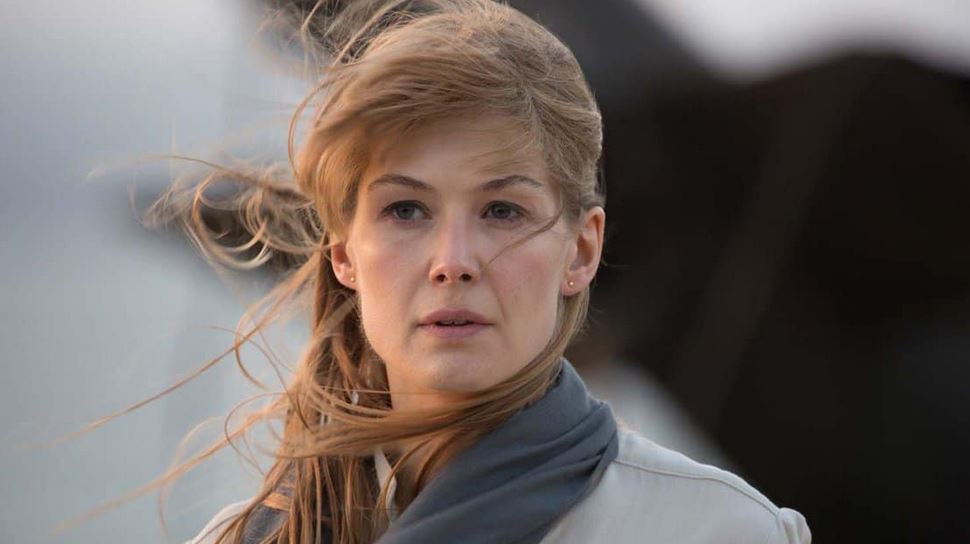 While Hamm triumphs, it is an ambiguous victory, as the insertion of news footage at the end of the movie depicts the aftermath of the suicide bombings in Beirut that saw over 200 U.S. Marlene’s killed and the withdrawal of American forces.  As we see in the conflicts wracking the Middle East today, sometimes the arc of history doesn’t bend towards justice, but instead towards even more needless chaos and death. 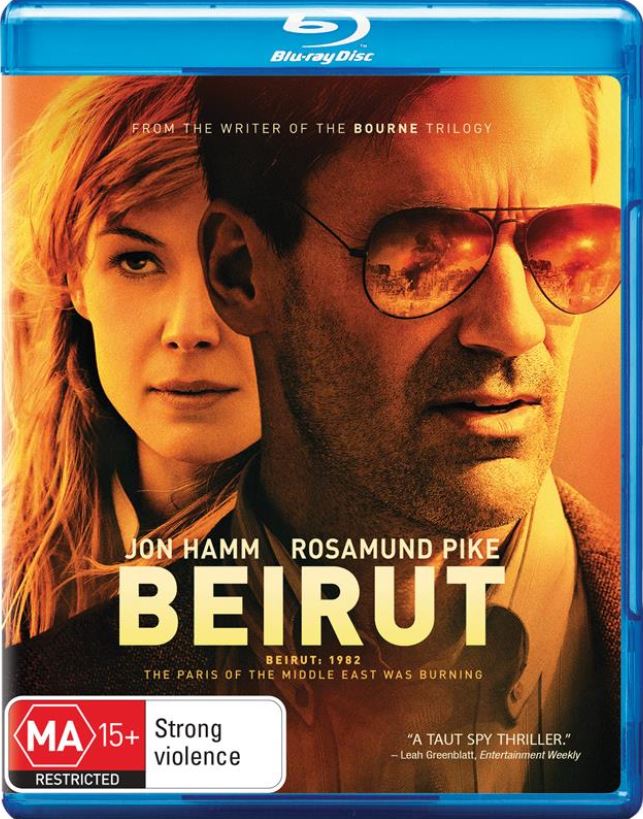