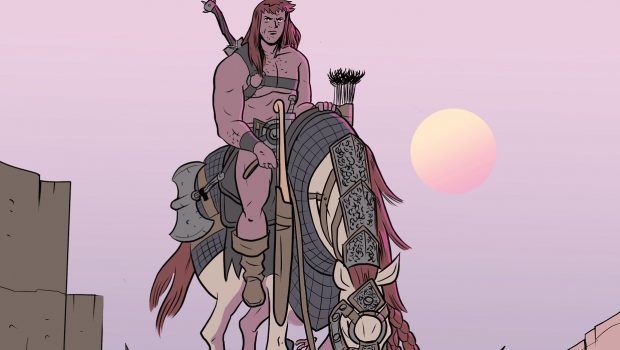 BEHOLD: THE GREATEST WARRIOR OF ALL TIME LIKE YOU’VE NEVER SEEN HIM BEFORE!

Behold: the greatest warrior of all time like you’ve never seen him before. In a trailer! (For a book.) Springing from the comedic minds of Will Tracy (Last Week Tonight With John Oliver, The Onion), Gabe Koplowitz (VICELAND), and acclaimed international artist Miguel Porto comes a book trailer for an original graphic novel  ALLEN, SON OF HELLCOCK, about the ghost of the greatest warrior of all time and his endlessly disappointing millennial son. Publisher Z2 Comics promises ALLEN, SON OF HELLCOCK is the only book on sale in comic stores now featuring washed-up sorcerers and swordsmen, terrifying horse-donkeys, sensitive ogres, cynical blob-men…. and endorsements from Tom Hanks, John Oliver, Dave Eggers, Chip Zdarsky and Jesse Eisenberg.

“I don’t often provide blurbs for books, but when the writers literally have you chained to a wall and are refusing to let you leave before you give them one, you tend to relax your standards. Enjoy this book. I did. Now let me go, please.” — John Oliver

“As an unsolicited exercise in juvenilia, ALLEN, SON OF HELLCOCK is very funny and wonderfully illustrated. I was equally surprised by how much I liked it and that it existed at all.” — Jesse Eisenberg

“The Fatheads who wrote  ALLEN,SON OF HELLCOCK, don’t laugh at jokes. No. They listen, then nod their heads, sagely, and make comments like ‘ah, yes.  That is quite funny’ and ‘I see what you are doing, verbally, with the use of outrage-e-osity vis-a-vis logic.’  They make up words like ‘outrage-e-osity’!  Honestly! I have no time for any of them…” — Tom Hanks

ALLEN, SON OF HELLCOCK follows the misadventures of Allen, a slack jawed hipster who desperately wants to cast off his family’s legacy …. to embrace his lifelong dream to become a comic book artist.

What Critics Are Saying About ALLEN, SON OF HELLCOCK:

“Get ready to dive into a new quirky fantasy adventure.” — ENTERTAINMENT WEEKLY

“Both funny and poignant.”— BLEEDING COOL

“Sound ridiculous in the best way possible? Absolutely. And we haven’t even talked about Donkeys urinating on medieval hipsters, stylish elves and other absurdities.”–SYFY WIRE

“Allen, Son of Hellcock…is worldbuilding at its funniest” — POP OPTIQ

“Living in the shadow of your parent’s legacy can be a tough thing—even moreso if a) your parent was the mightiest warrior to ever live and b) you’re the direct opposite of that. . . . Written by Last Week Tonight with John Oliver’s Will Tracy and…. Gabe Koplowitz, and with art by Miguel Porto, Allen, Son of Hellcock picks up after the death of Allen’s dad—the greatest hero in all the land—Hellcock (which is a spectacular fantasy warrior name, by the way). He’s entrusted his legacy to his whiny, cowardly, only son.“ — io9

“I was only two pages in when I realized this might be the funniest book of the year.”— FORCES OF GEEK

“One of the funniest launches to a comic book series I’ve set my eyes on this year. While clutching on to the funny, Allen: Son of Hellcock lovingly pokes at fantasy tropes while embracing and revering them for what they bring to the table.” — FREAK SUGAR

“Deeply laced with humor, the book takes a look at the legacies that haunt us when trying to find our place in the world. For those of influenced by fantasy comic tradition, not to mention film and TV tradition, Allen Son of Hellcock is bound to strike many familiar, and hilarious, notes.” — COMICON.COM

“It begs to be shared with others, which is a wonderful comic experience.” — COMIC BASTARDS

“Tracy and Koplowitz fill every page with fun moments, over the top action and nods to many things fantasy lovers love…Artist Miguel Porto does a bang up job” — ADVENTURES IN POOR TASTE 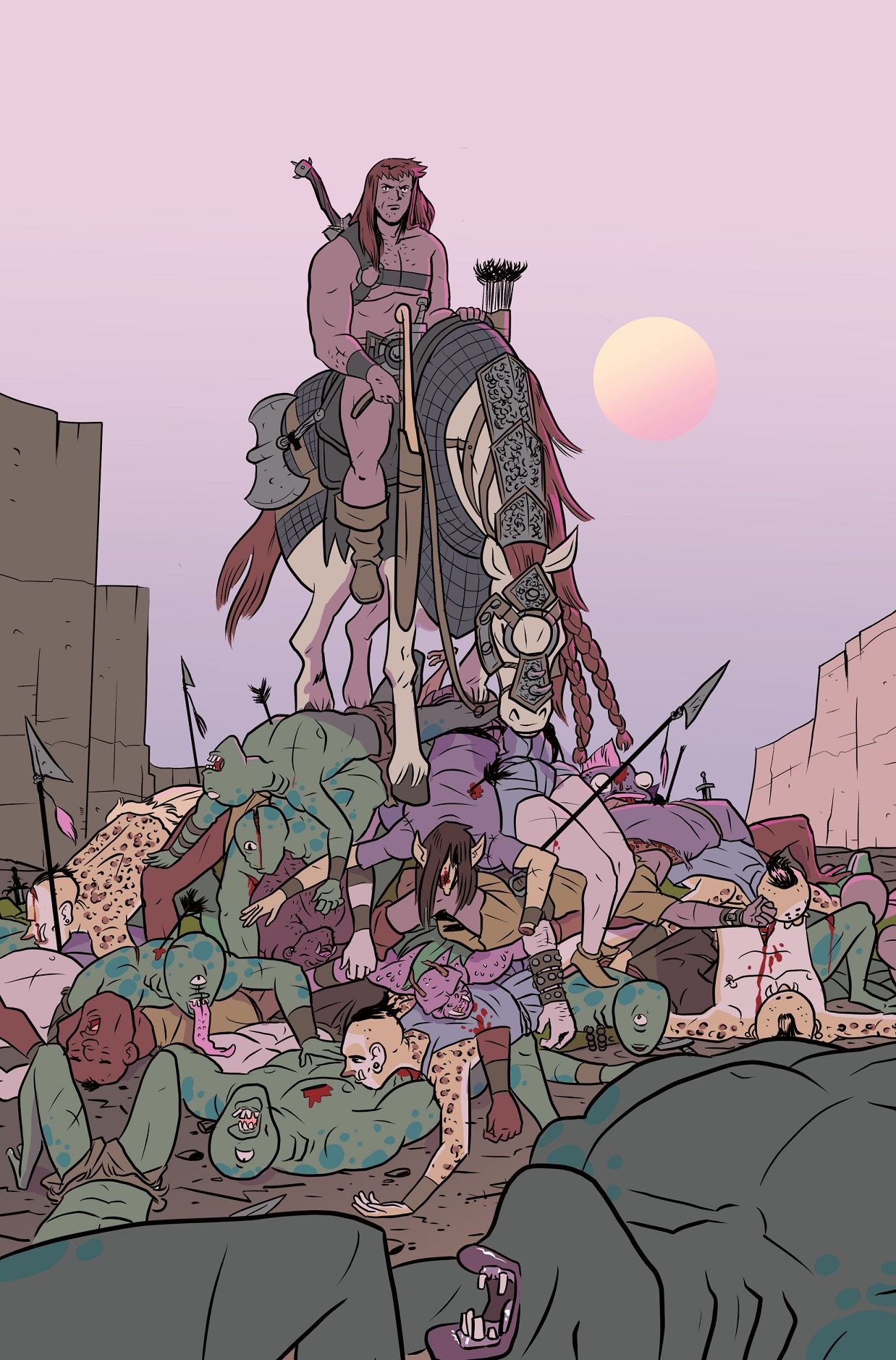 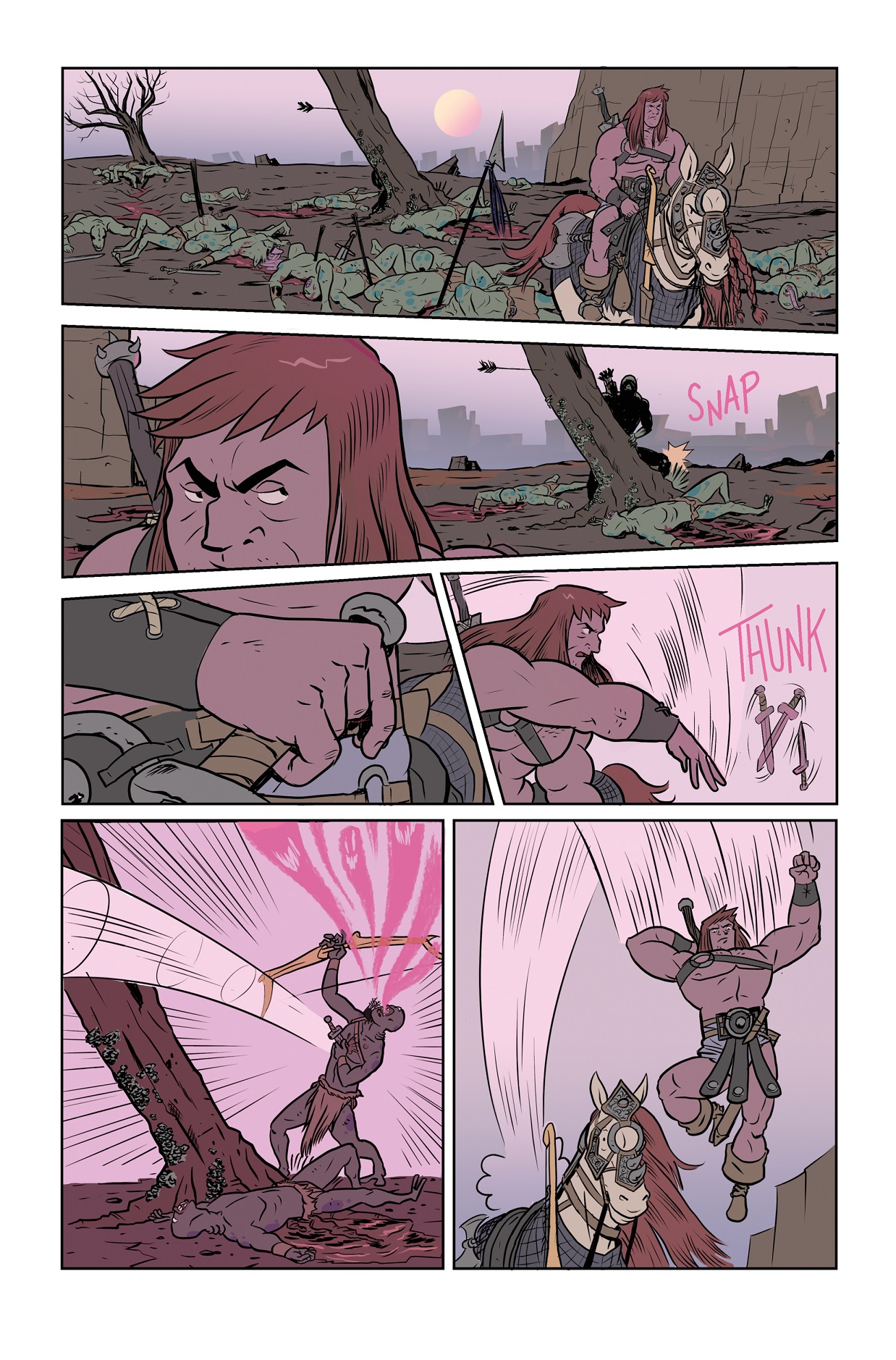 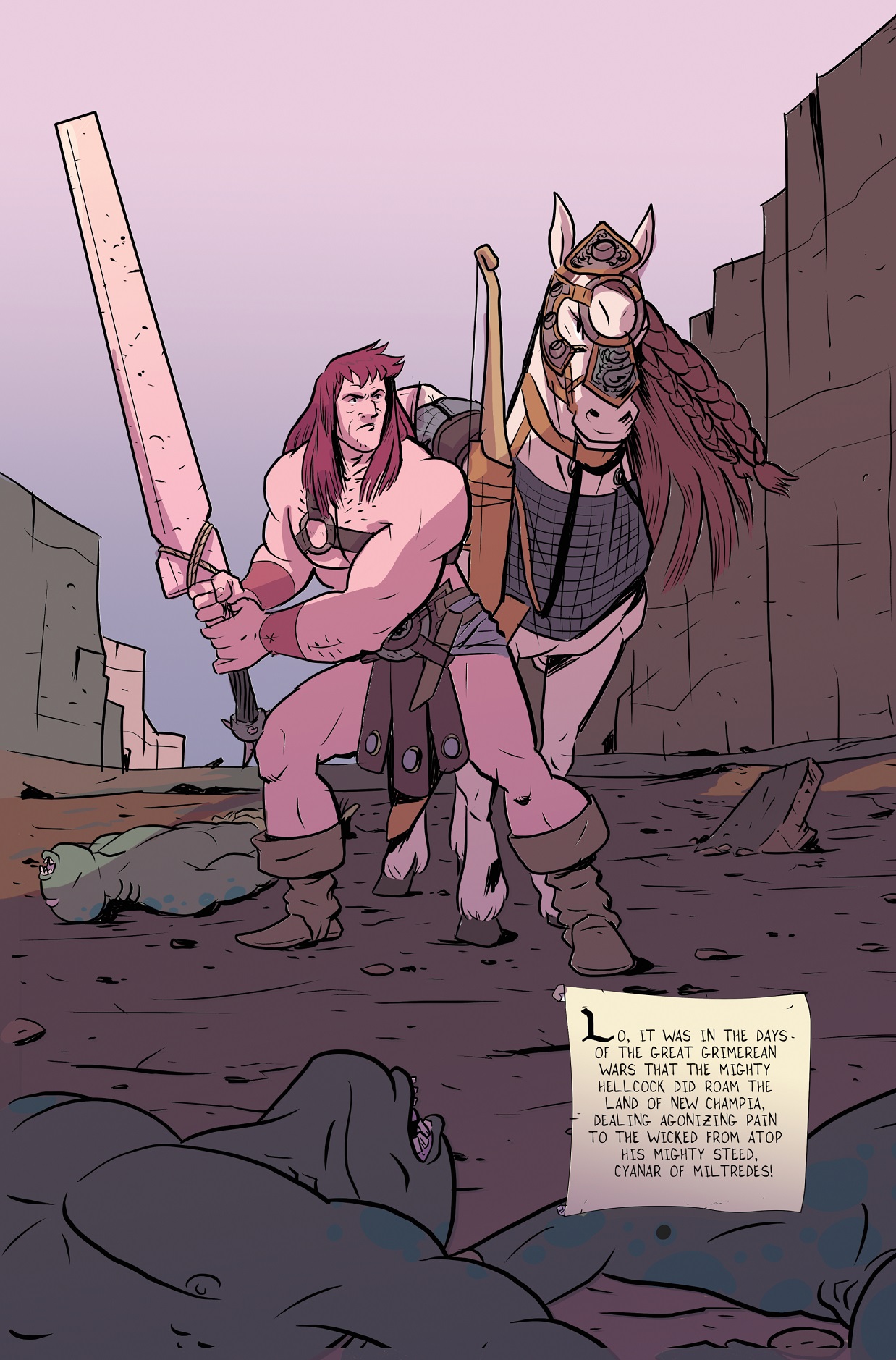 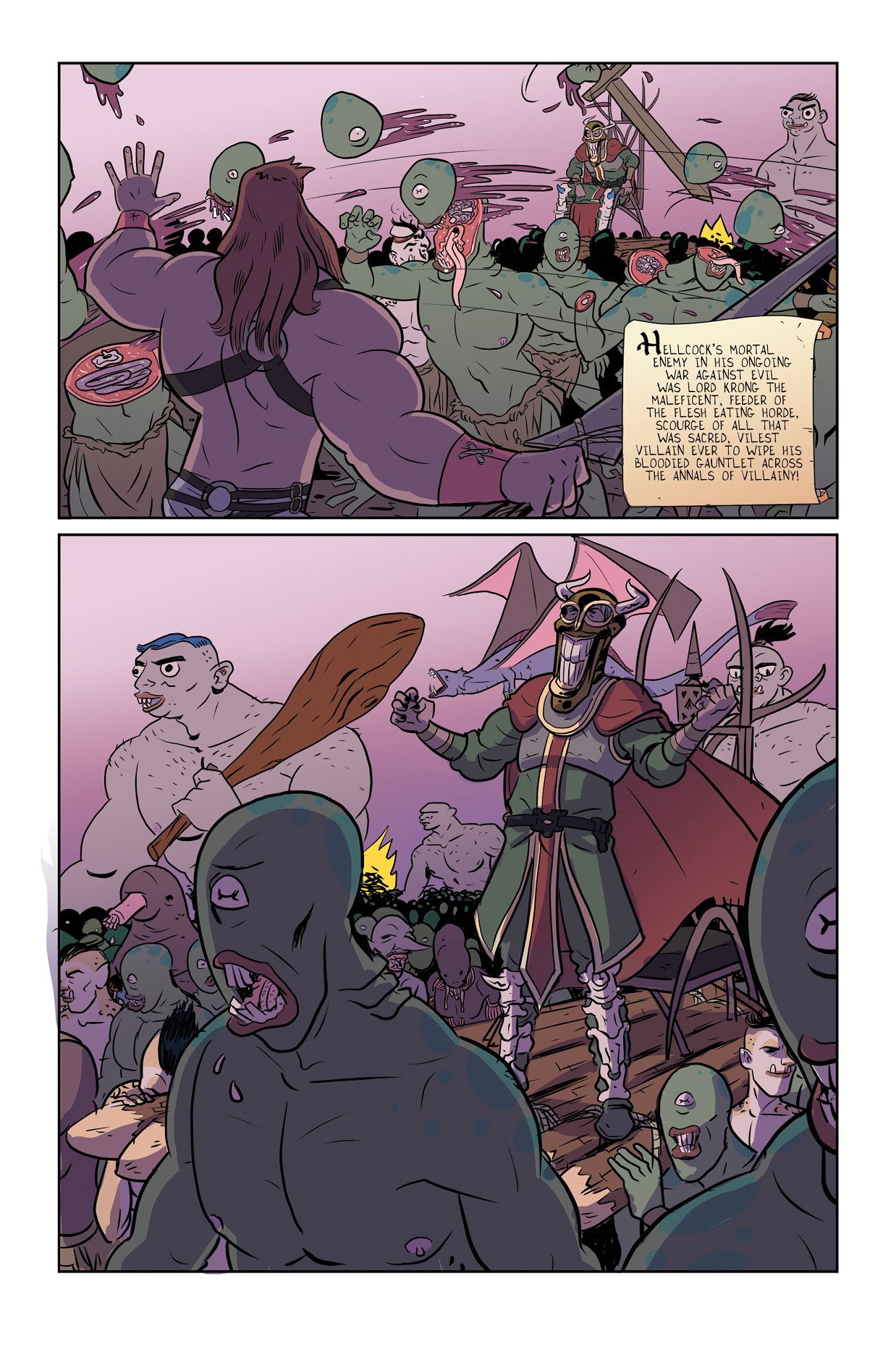 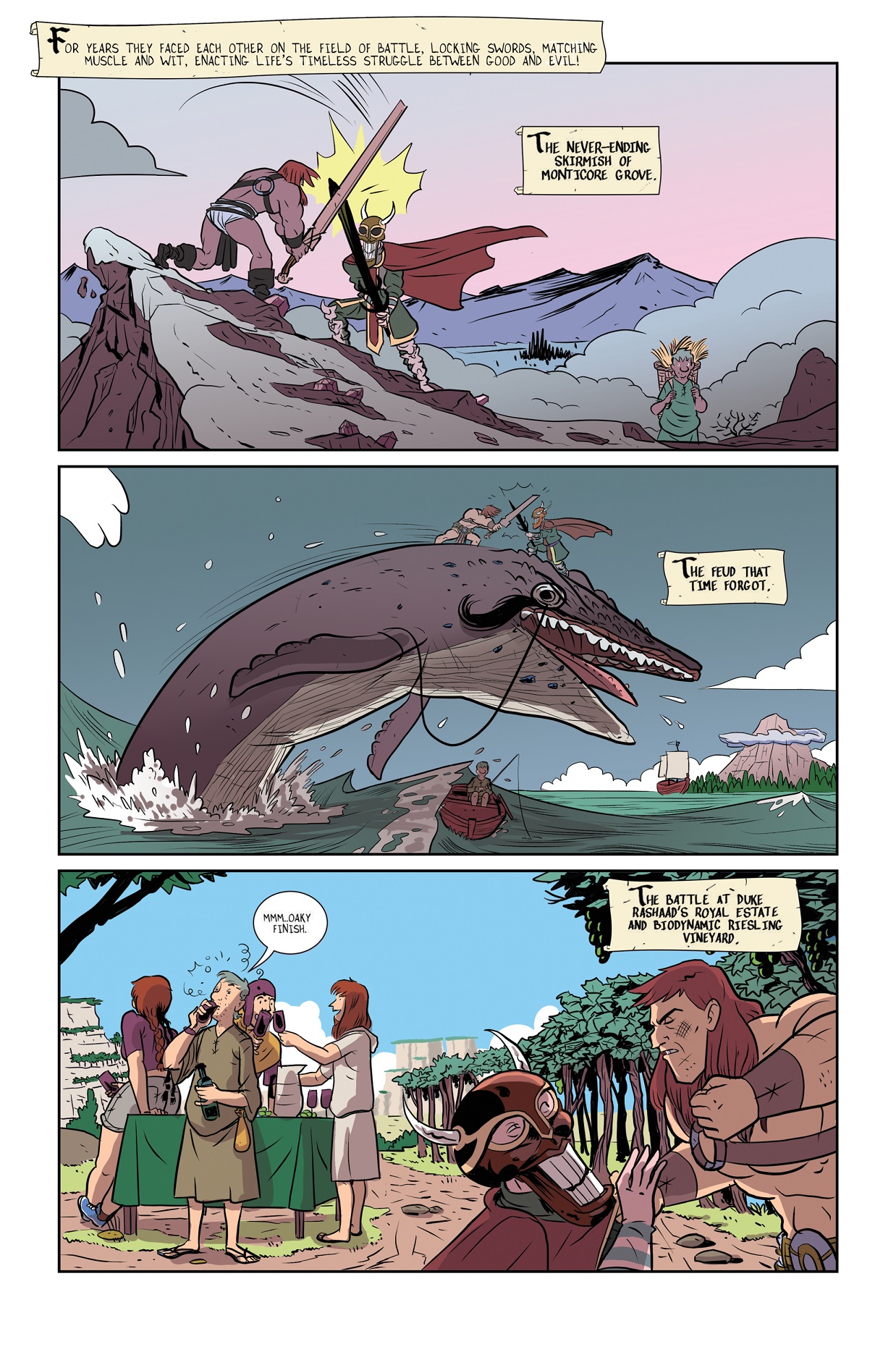