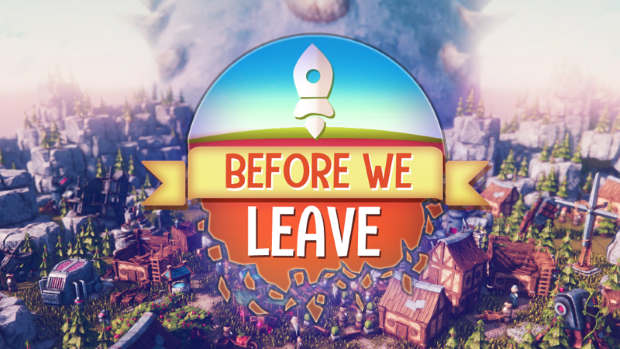 Before We Leave PC Review

Summary: In a pleasant change from most RTS games, Before We Leave makes a point of being a non-violent city builder.

If you imagine a cross between Civilization and The Settlers… you would be someway towards an idea of what Before We Leave is like. It’s post apocalyptic but isn’t violent and is still full of colour. Your peeps are just emerging from spending generations underground and need to re-learn how to do pretty much everything.

Before We Leave is essentially a resource management game. You build different structures to facilitate building other structures and or to keep your peeps happy. But the resource management is not too intense if done the right way. There is an environmental message here too, if you clear forest tiles then you get wood but you don’t get any new forest there… if on the other hand you place a wood cutter down, they can harvest wood but also plant new trees to grow in it’s place giving you continual resources and also reducing pollution. 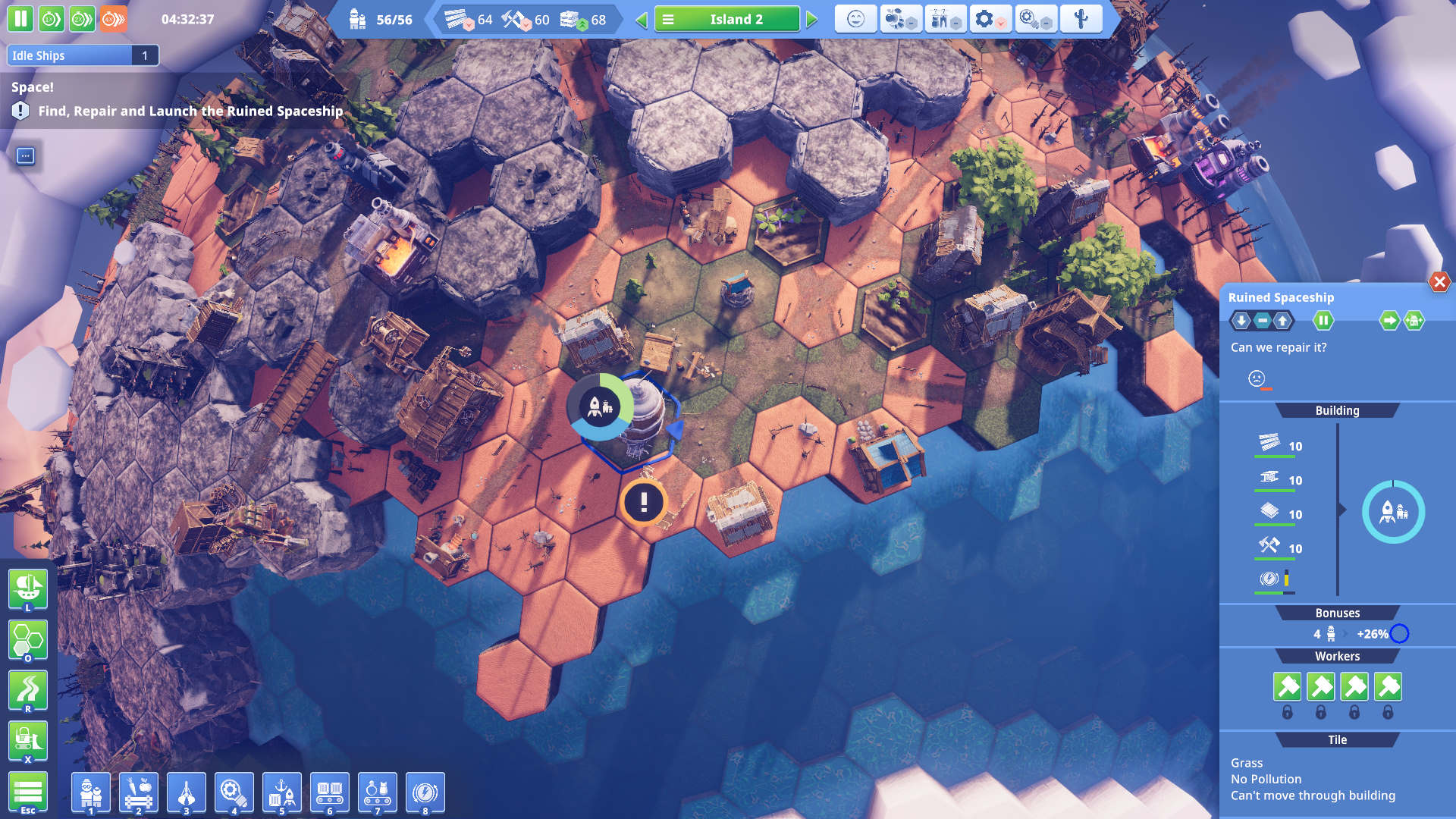 The core mechanics are simple but as with basically all of this style of game, things get more tricky as you go and managing where resources come from and where they need to go whilst also meeting all other needs gets harder. You begin on one island of one planet and can expand to other islands and eventually to other planets… but each expansion adds to the complexity of what you have to look after. As your cities grow so too does the amount of pollution you create and the need to employ cleaners to keep the pollution in check becomes ever more important. Later in the game you may also encounter “hazards” outside of your control (such as the infamous Space Cetacean). 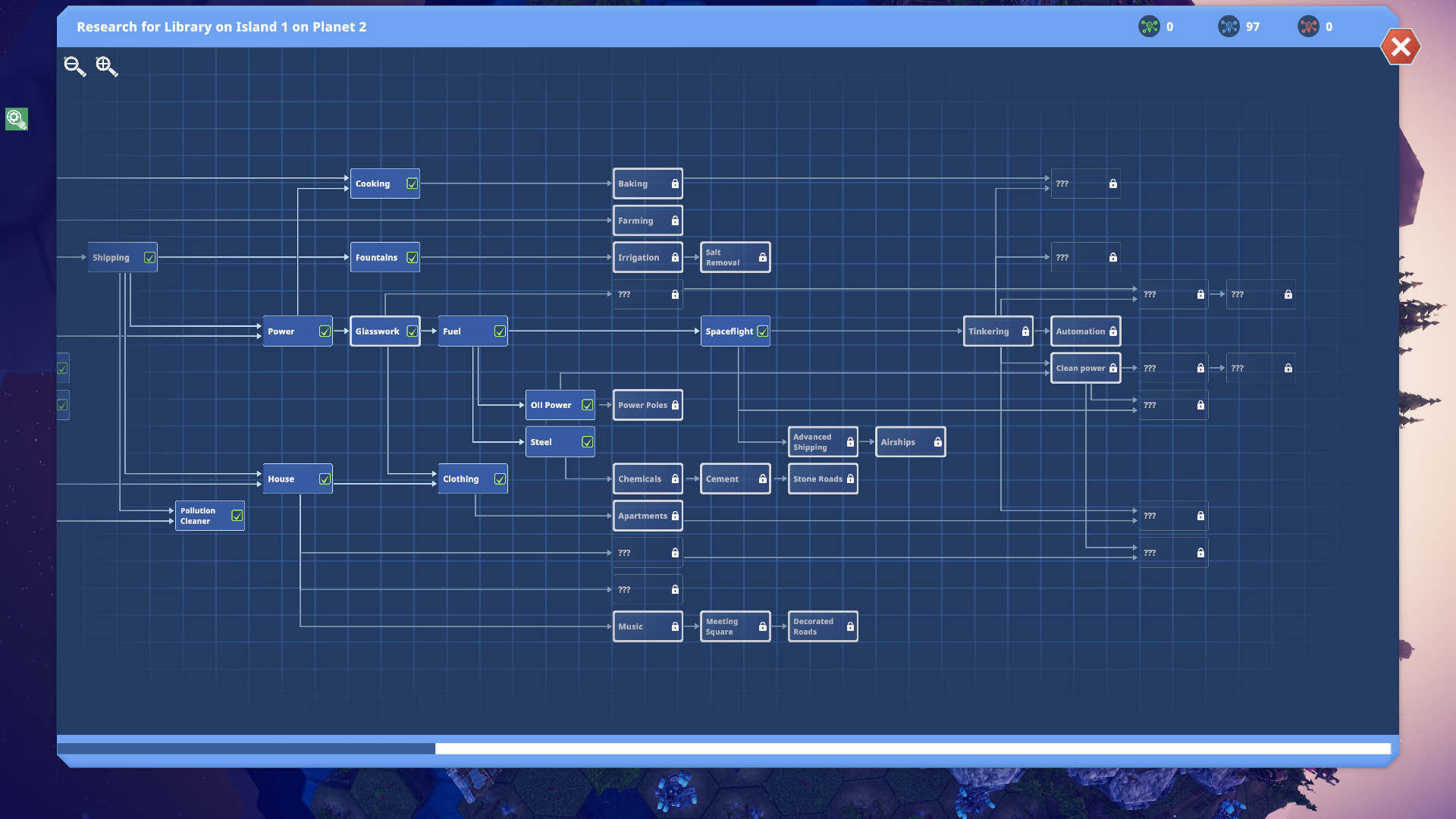 The music is very peaceful and has a very folksy sound to it that fits the aesthetic wonderfully. The visuals are bright and earthy which makes for a pleasant change from the average “post apocalyptic” landscape. I certainly appreciated the environmental messaging in the game though at times I was a bit puzzled by why pollution was suddenly an issue when I didn’t have any major industrial area near the peeps who were getting upset and in fact actually had cleaners nearly out numbering all other industries. 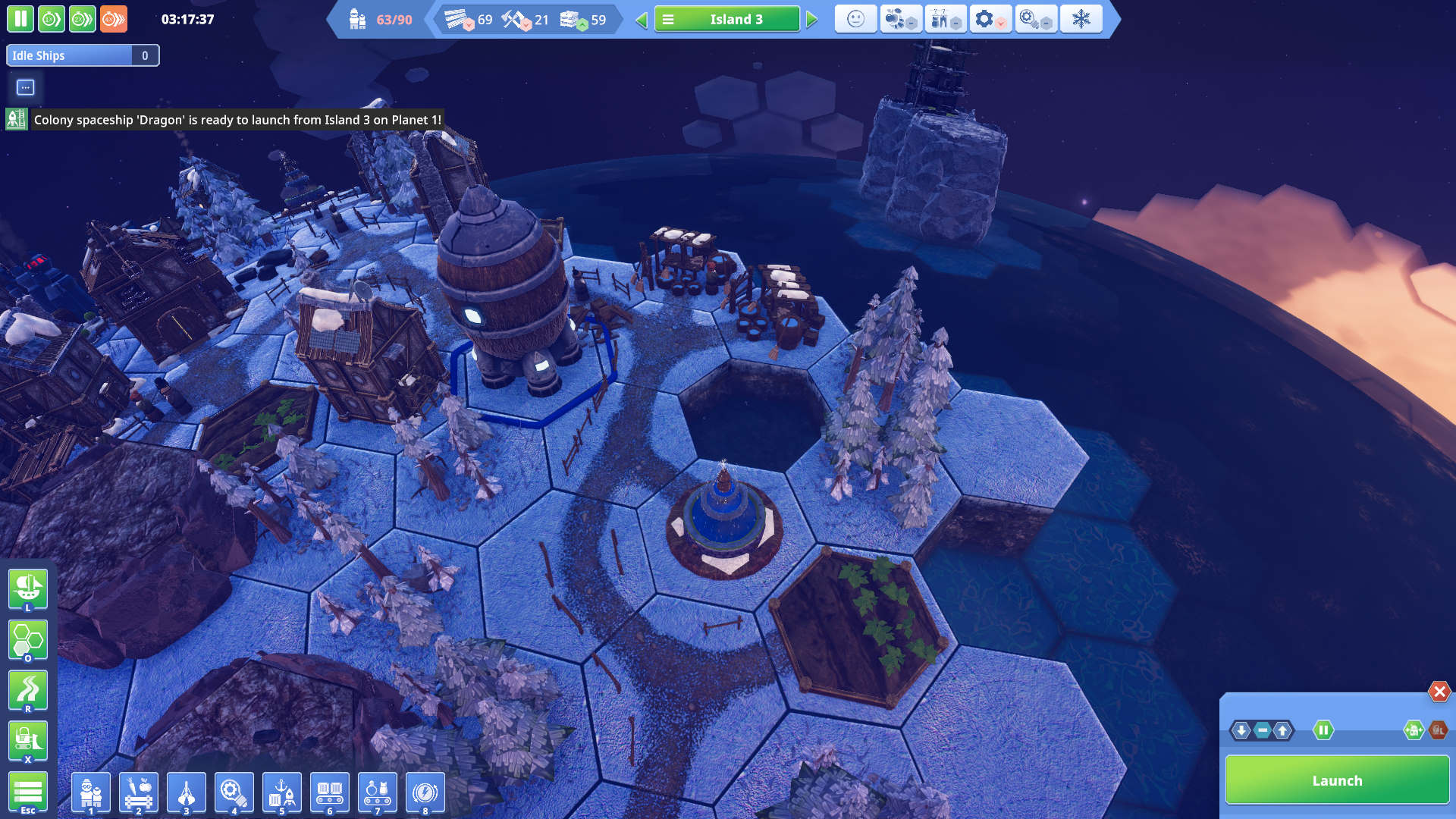 The tech tree is one of the trickier elements to work with only because unlocking technology requires discovering certain coloured resources… once you’ve depleted that resource in your area… you have to find another island or planet to get more resources. If you don’t unlock the right technology in the right order you may well find yourself struggling to proceed. It’s not that tricky to manage… but it is something to be mindful of. 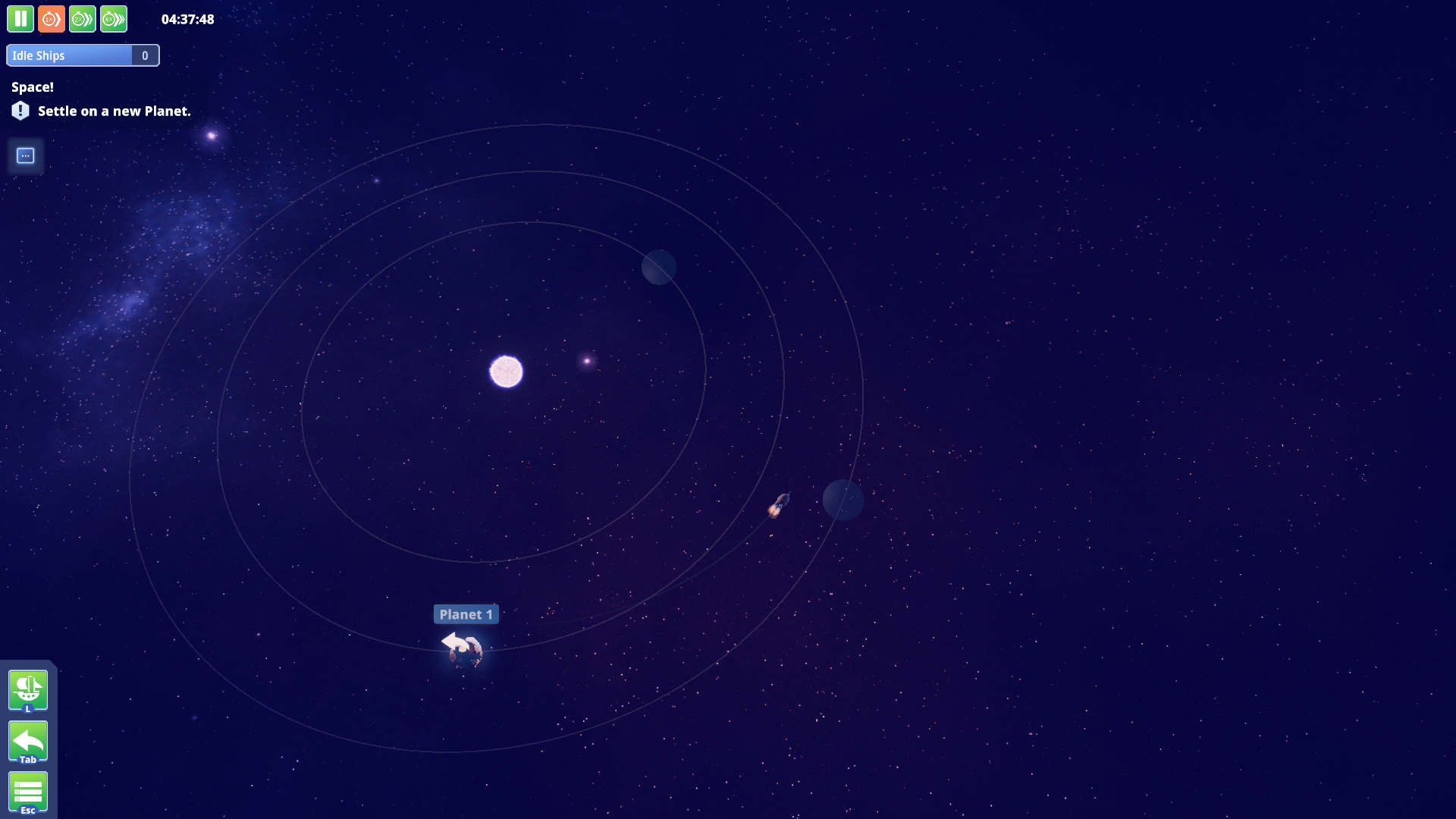 The biggest frustration could be the “disasters”… having all your hard work destroyed by a giant space whale is not exactly my idea of fun and may stretch the notion of “non-violent”… completing the game may also seem like an anti-climax to some but I don’t think it’s all that different to similar games.

A pleasant little distraction to while away some time. Worth a look if you like the idea of peaceful city building, if you don’t mind not having a grand finale to work towards.