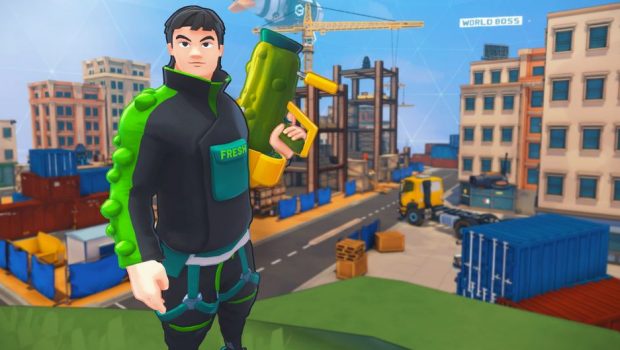 In order to become the World Boss, players will need to delete their enemies, unlock powerful perks and weapons, and use their wits and skills to rise to the top – and stay there.

The Founder’s Packs allow players to show their support to their favourite content creators, rep exclusive cosmetics and give themselves a jump start at the Battle Pass. The first Founder’s Pack, designed in partnership with Fresh, includes exclusive Legendary character and weapon skins, Battle Pass, and 5x Battle Pass XP boosts – for just $14.99 USD. Stay tuned for further Founder’s Packs announcements in the future.

‘With World Boss, we took the quick drop-in and drop-out nature of .io games, the customisation of roguelites, and the strategy and mechanical finesse of a first person shooter, to create a familiar-yet-unique FPS for everyone,’ said Sakkas.

‘One of our goals with World Boss has been to bring our community closer to the development process. Throughout the beta period, we’ve been listening to player feedback and suggestions, and we’ve already rolled out a range of fixes, improvements and optimisations. We’re looking forward to bringing further content to players in the foreseeable future.’