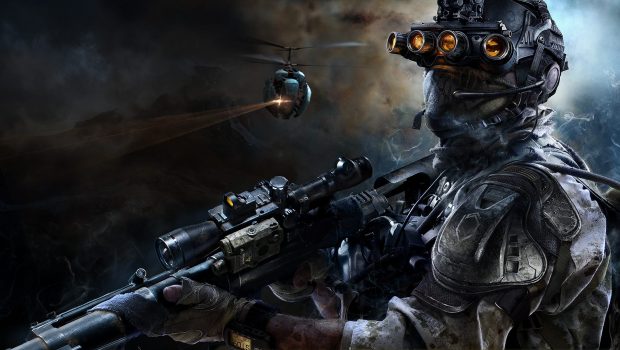 Sydney, 27th January 2017 – Today, CI Games presents the first in a two-part series of videos on sniper tactics for Sniper Ghost Warrior 3. In this gameplay video, players will learn more about scope calibration, positioning, and the drone itself.

In the main story of Sniper Ghost Warrior 3, the player takes on the role of Jonathan North, an American Marine dropped into the Republic of Georgia to accomplish a highly classified Joint Special Operations Command (JSOC) mission. But, his personal mission is to find his kidnapped brother.

Standing in his way are enemy Separatists that are currently destabilizing the country. It’s up to Jon to accomplish his mission, discover the whereabouts of his brother and to take down any foes looking to stop him using the following sniper tactics:

Check the distance to your target and set the elevation on your scope accordingly to compensate for bullet drop. Check the wind indicator as well as the wind influences whether the bullet will drift to the left or right. When all is set, exhale and take the shot.

Take advantage of Jon’s surroundings to maximize his effectiveness in an area. Use the environment to reduce weapon sway while aiming. Crouching and lying down also reduces weapon sway. Sniper bullets are strong and can penetrate multiple targets if lined up correctly, and special sniper bullets can even penetrate walls and other barriers.

Recon is critical to planning your mission prior to infiltration of an area. The drone can locate and mark enemies, sabotage objects and enemy devices. A simple flyover of the area can expose weak points in the enemy encampment allowing Jon to take out his enemies with deadly precision.

Sniper Ghost Warrior 3 is story of brotherhood, patriotism, and betrayal in the most complete sniper experience ever released. Take the role of an American sniper named Jonathan North, who drops into enemy territory in northern Georgia as the country is dissolving into a bloody civil war. Explore large open-world maps with dynamic weather conditions, and a day and night cycle that impacts play and player decision-making. Customize weapons, equipment, accessories, vehicles, and a drone, and utilize the three pillars of gameplay to your liking: Sniper, Ghost, and Warrior.

Sniper Ghost Warrior 3 will launch on PC, PlayStation®4 computer entertainment system and Xbox One on April 4, 2017.