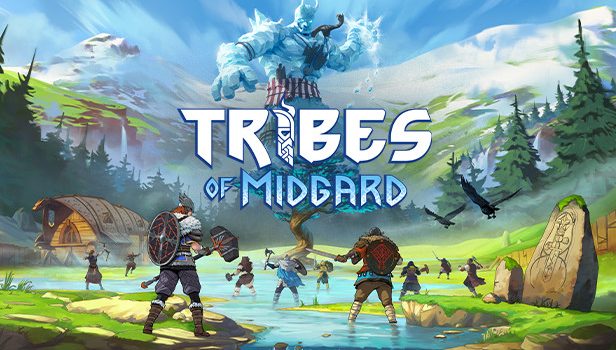 BECOME A VIKING LEGEND IN TRIBES OF MIDGARD

The opportunity to become a legendary hero of Norse mythology has arrived! Norsfell and Gearbox Publishing have launched the co-op action “surthrival” RPG Tribes of Midgard on PlayStation®5 and PlayStation®4. Play solo or team up with friends in this new genre where survival depends on the group instead of the individual. The tribe must work together to protect the sacred Seed of Yggdrasil at the centre of the village – if the Seed is destroyed, it’s game over. Put a stop to the end of the world, Ragnarök, by taking control of a mighty Einherjar, a Viking warrior brought down from Valhalla and thrive in the world of Midgard.

“We created Tribes of Midgard to offer players both cooperative and solo experiences where they can live their own myths and legends. Stories worthy of being told around the campfire, just like the Vikings,” said Julian Maroda, CEO and creative director at Norsfell. “We can’t wait to hear about the community’s own tall-tales from adventuring in Tribes of Midgard!”

The world of Tribes of Midgard is bright, colourful and procedurally generated, meaning that players can endlessly explore its areas and create their own Viking adventure for plenty of replayable fun. While opportunity is rich, danger lurks around every corner.

“We are proud to share the amazing work Norsfell has put into Tribes of Midgard, it has been an immense joy to support them on their journey as game makers,” said Steve Gibson, president of Gearbox Publishing. “We believe Norsfell’s distinct vision will make this a game that is enjoyable for all kinds of game players for many years to come.”