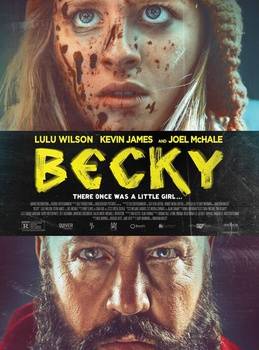 A young teenage girl named Becky is still grappling with the loss of her mother and taking it out on the only person she can, her father. Unaccepting of her father’s new partner, she resents him for the situation.

As a loving father, he takes her on a surprise trip to their lake house where they used to spend time together as a family in the hopes that he could mend some fences; however four convicts escape a prison transport nearby and take the family hostage inside the lakeside home.

Dominick, the leader of the convicts (Kevin James), has an imposing presence, calculating and calm demeanour; he has one objective on his mind and that is to get his property, secretly hidden in the house.

As expected; he will not stop until he has what he came for. What unfolds is mayhem and carnage with an interesting yet expected result.

There was a lot of visual imagery in this film, from the intricate and overt tattoos on Dominick’s head and hands, the racial overtones expressed by the actors with the lighting, positioning and stance of the characters, such as Dominic standing over his captors whilst they cower on the couch.

This movie is bloody; there are scenes in this movie that will make most people including Freddy Krueger blush and gasp! 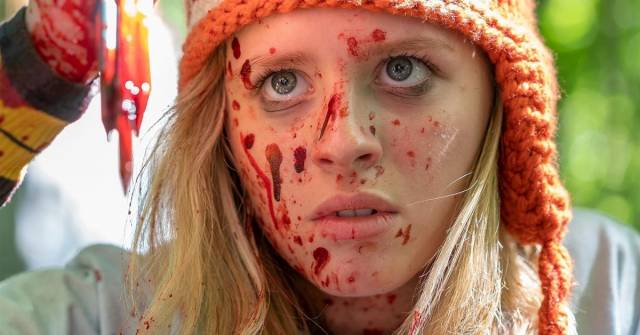 Becky with a bloody face and shiv. Stone cold look in her eyes..

The camera work is such that each minute detail of the carnage is captured and shown, in a style that is reminiscent of Kick-Ass. There is a real-life feeling that is ever-present in this movie which is only present by this style of filming.

There are some notable moments of swishing and sloshing and great accompaniments in these action sequences. Those moments really do stand out and amplify the action; if listening via surround sound, some of these sounds will sneak up on you.

Generally speaking however, the soundtrack is not remarkable in any serious way and despite being expertly produced; it is as average as any other movie.

There is very little going on here with this film. It is a very simple plot and concept that is not too cerebral in nature and is not at all difficult to follow.

The simplicity of the plot and the unresolved nature of the ‘item’ and its purpose will rightfully have many viewers divided, which is the prevailing reason for some negative reviews of this film. However there is quite a bit of subtext in this film, and despite some comments that lampoon the films’ realism, there is an inescapable level of realism being shown, rather than being ‘told’ in this film.

The presence of racism, order and agenda is present in Dominick as is the confident nature of his evil. Dominick approaches every part of his plan with a sense of divine purpose, so much so that his entire existence is for the purpose of his plan. This demonstrates a level of radicalisation that is present in this film and also to the unresolved item and its plan (the chaos). It is little wonder that this point is missed entirely by many, who would expect order and completion in all things.

The nature of evil is shown here as it truly is (the realism), in Dominick’s struggle to complete his current life purpose to the extreme, or Robert Maillet’s character Apex’s conflict with good and evil whilst being challenged with the sense of loyalty to Dominick.

Becky’s response to Dominick and his crew has been questioned by some commentary in the reviews that it was unrealistic, unlikely and impossible, yet it is known that in fact her actions are indeed possible and their consequences are realistic. This is perhaps not explained in a traditional spoon-fed movie plot sense; she did not match the architype nor undergo special training such as Hit Girl did in Kick-Ass, however she was pushed to the ultimate limit by the actions of Dominick, and having nothing to lose; she had been pushed to respond ‘in kind’ to Dominick’s actions. 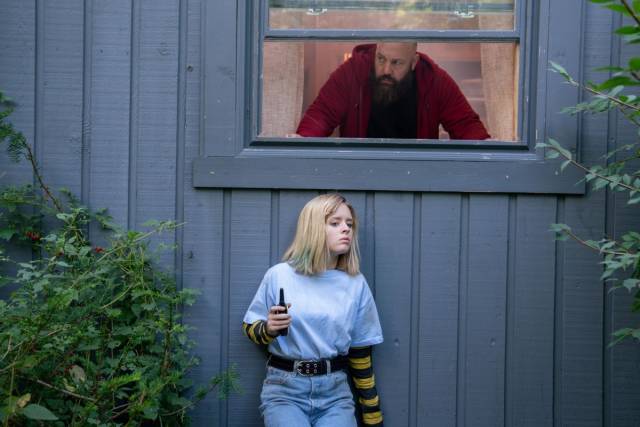 This film demonstrates the simplicity and futility of evil, the consequences of extremism and the real life consequence of these actions on the victims, by purposely withholding Dominick’s reasons, simply because in real life these actions and their motives often do go unexplained.

This film does have elements that can be brought into question or based on individual assessment be agreeable or disagreeable, it is little wonder that this film will evoke a mixed response from its audiences, especially as there is very little character development and the subtext and cinematography tells much of the story rather than the dialogue alone.

Kevin James portrayal of Dominick is a perfect embodiment of a radicalised ideology and purposed evil, as a true representation of how this is presented in any person. There is no over-dramatized megalomaniac evil villain here.

Overall, the viewer will either love or hate this film instinctively, based upon the personal judgement of whether Becky’s response to Dominick is believable; which, if noticed will be informed by the rich subtext and imagery if clearly understood.

Taken as such, this film was highly enjoyable and entertaining and refreshing for this reviewer; and it is a perfect example of a simple movie that somehow defies the odds.

Summary: Loved or hated depending upon your perception and understanding of the film. A curious must-see!