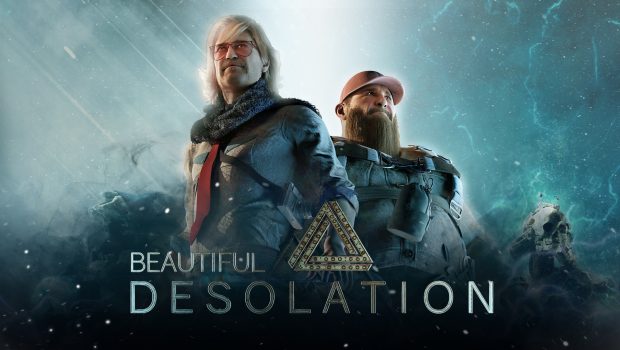 Summary: Beautiful Desolation looks incredible and the world is unlike any other, but the gameplay and bugs can often spoil the fun.

Beautiful Desolation is one of the most curiously conflicted games I’ve played in recent memory. I can’t recall the last time I played a game that has such a varying degree of quality among the individual components that make up the total gameplay experience. If you only watched the trailers, then the gorgeous visuals and impressive world-building might lead you to believe you’re playing the latest Obsidian RPG. But if you stripped all this out, you’d be left with a rather buggy adventure game with a few pacing issues. 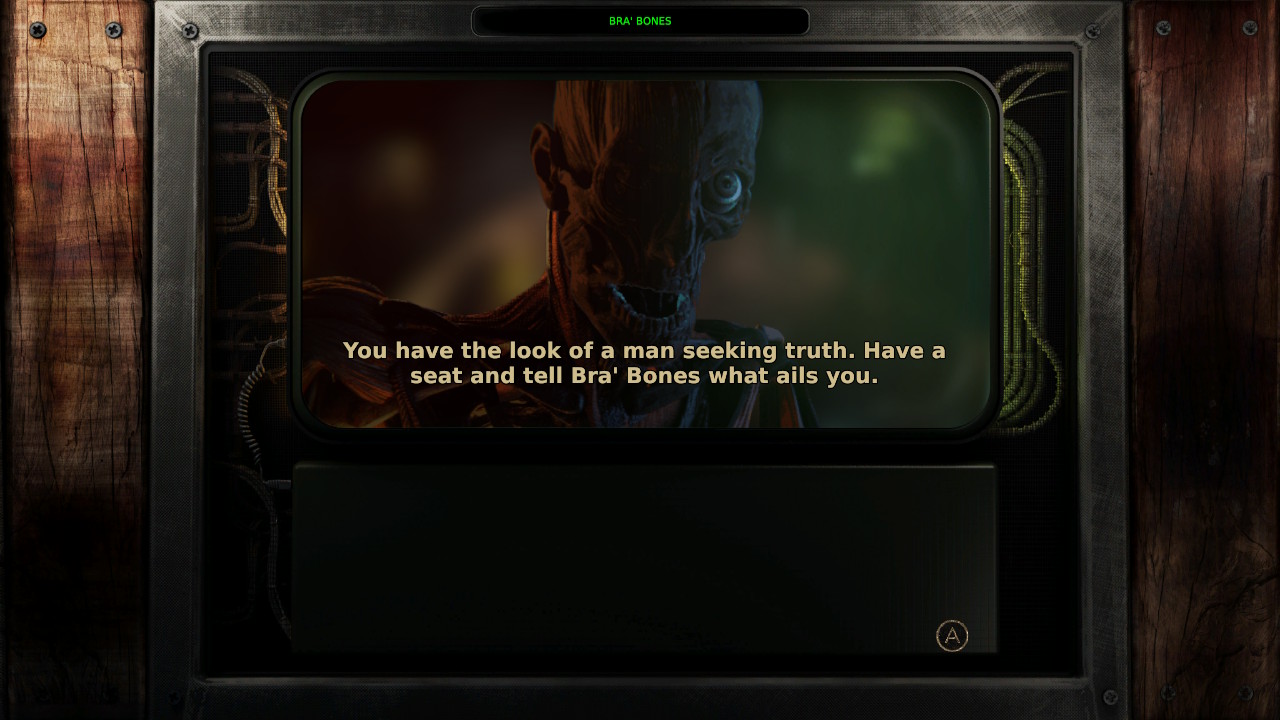 Beautiful Desolation is an isometric adventure game with a focus on world-building and exploration. The game proudly boasts inspiration from the original Fallout series (which should be obvious from the screenshots) yet differentiates itself with its anti-combat gameplay focus. Conversation and puzzle solving is the way of things in Beautiful Desolation, and while one may argue that this philosophy of pacificism results in a dulled gameplay experience, I think it conversely highlights just how impressive and engrossing the world of Beautiful Desolation can be. 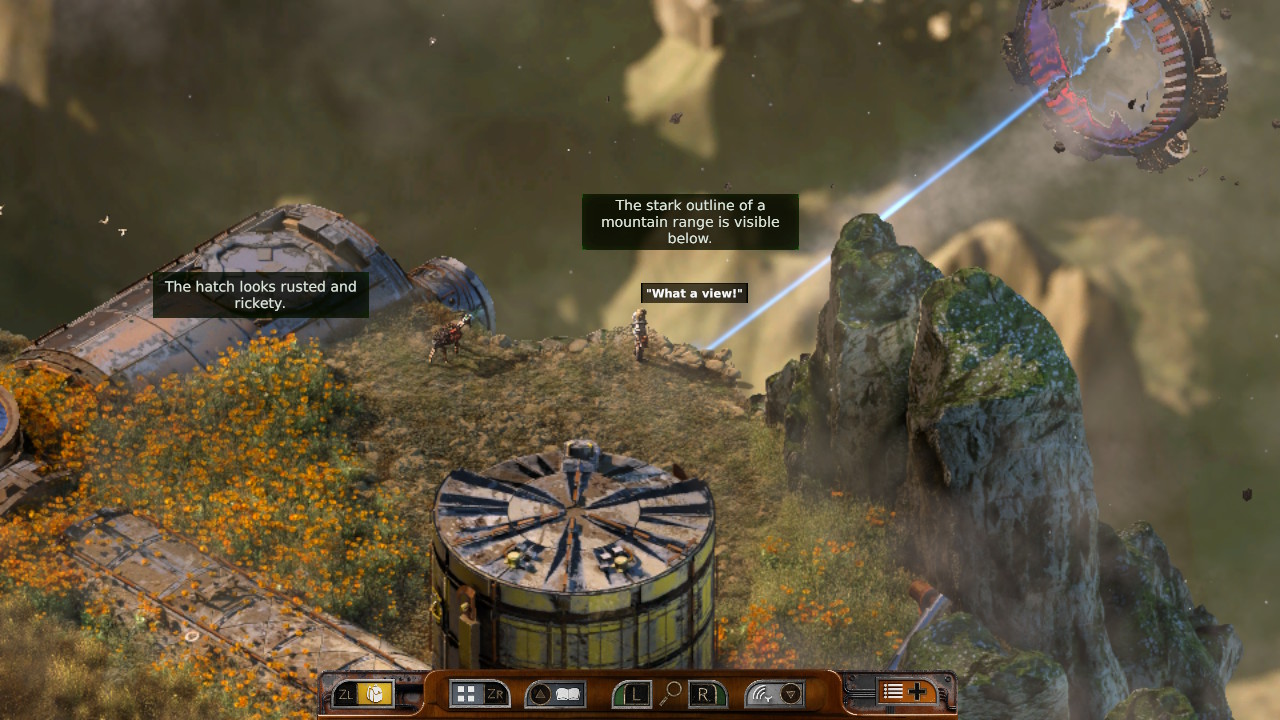 The story of Beautiful Desolation begins in an alternate reality of South Africa in 1980, where a newly discovered alien artefact (known as The Penrose) is reverse-engineered to bestow upon humanity the gift of supreme technology and artificial intelligence. Naturally, after a few years humanity descends into a fascist-lite society where order is maintained under the threat of supreme militaristic might. Our protagonist Mark Leslie, an investigative journalist, doesn’t care much for these brutish robots and decides to investigate the artefact with the help of his brother Don, an ex-military pilot turned tour-operator. Amidst their investigations, the pair are abruptly transported into a future time period, where robots and mutated humans survive by any means possible in a post-apocalyptic South Africa. The pair then must figure out how to get back home in one piece. 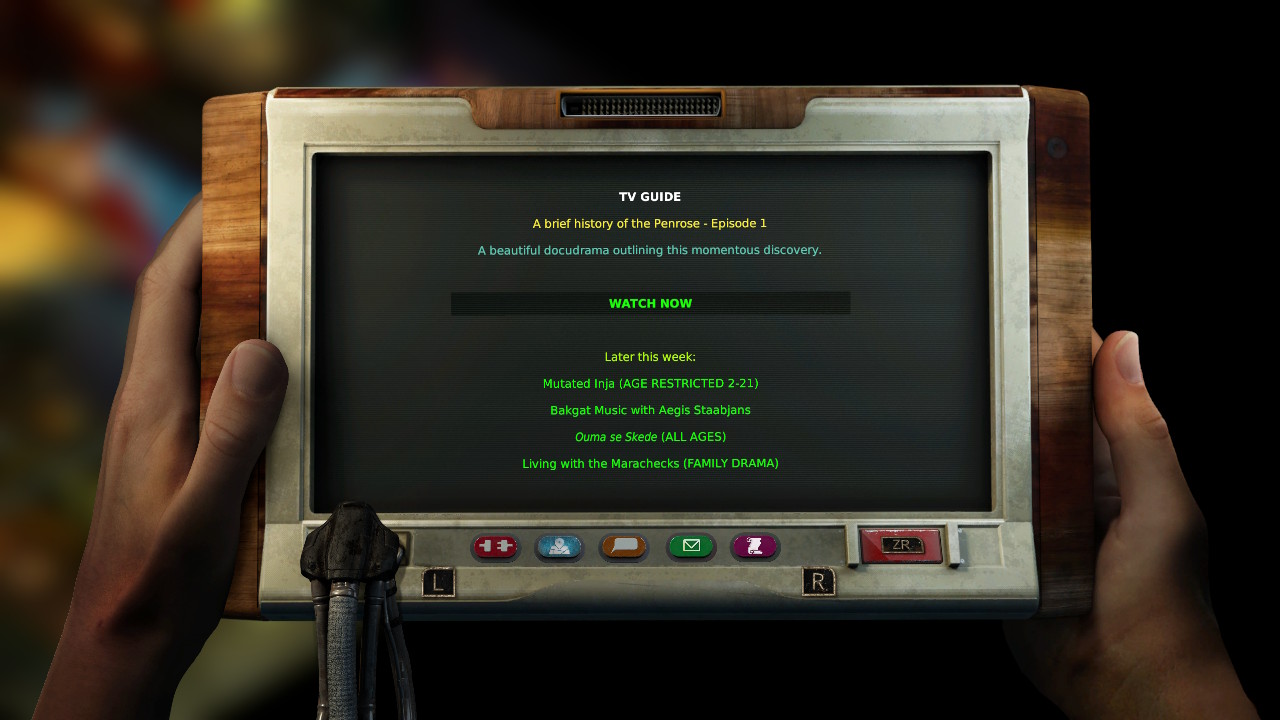 The above paragraph is an admittedly shameful summarisation of the first hour or so of Beautiful Desolation and really does a disservice to the incredible world-building efforts the game makes to draw you into its narrative. Gorgeously rendered, AAA quality cutscenes set up the story and engross you into the convoluted world, while incredibly detailed and beautifully constructed environments immediately immerse you in the locations. There’s also plenty of lengthy fully-voiced dialogue sequences that bring the characters to life, and while the voice acting isn’t the best, it’s endearing and works well enough to make each character memorable. I also have to give a round of applause for just how unabashedly South African Beautiful Desolation is – expect to see plenty of Afrikaans slang and bask in the glorious South African accent of the world’s inhabitants. 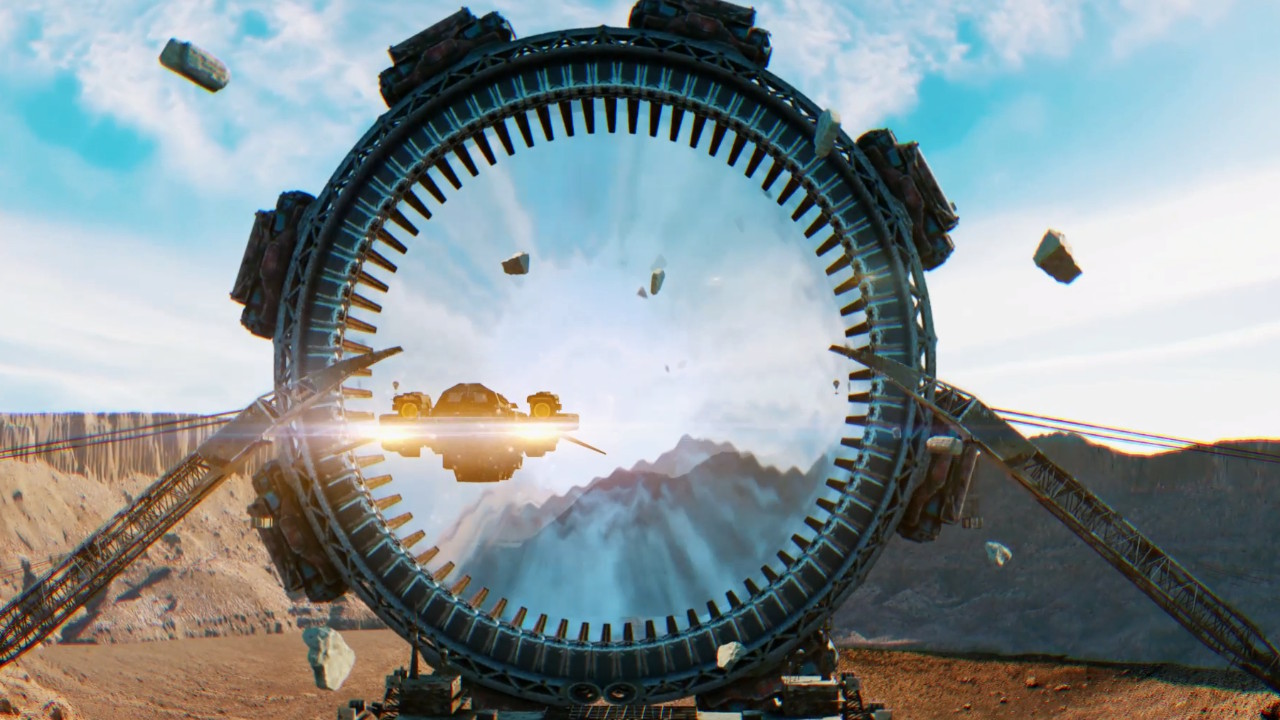 If you’re trying to wrap your head around Beautiful Desolation’s gameplay description of ‘Combat-less Fallout’, you’d be correct if you’re envisioning all the walking and talking, with none of the shooting. There are plenty of problems in post-apocalyptic South Africa, however most of these are solved by talking to the right character or finding a special item. Playing Beautiful Desolation felt a lot like playing an old-school point-and-click adventure game, in all the good and bad ways. Most of my time was spent scouring the environments from top to bottom, looking for a hidden item or talking to wacky characters that would give me the information I need to progress the story. 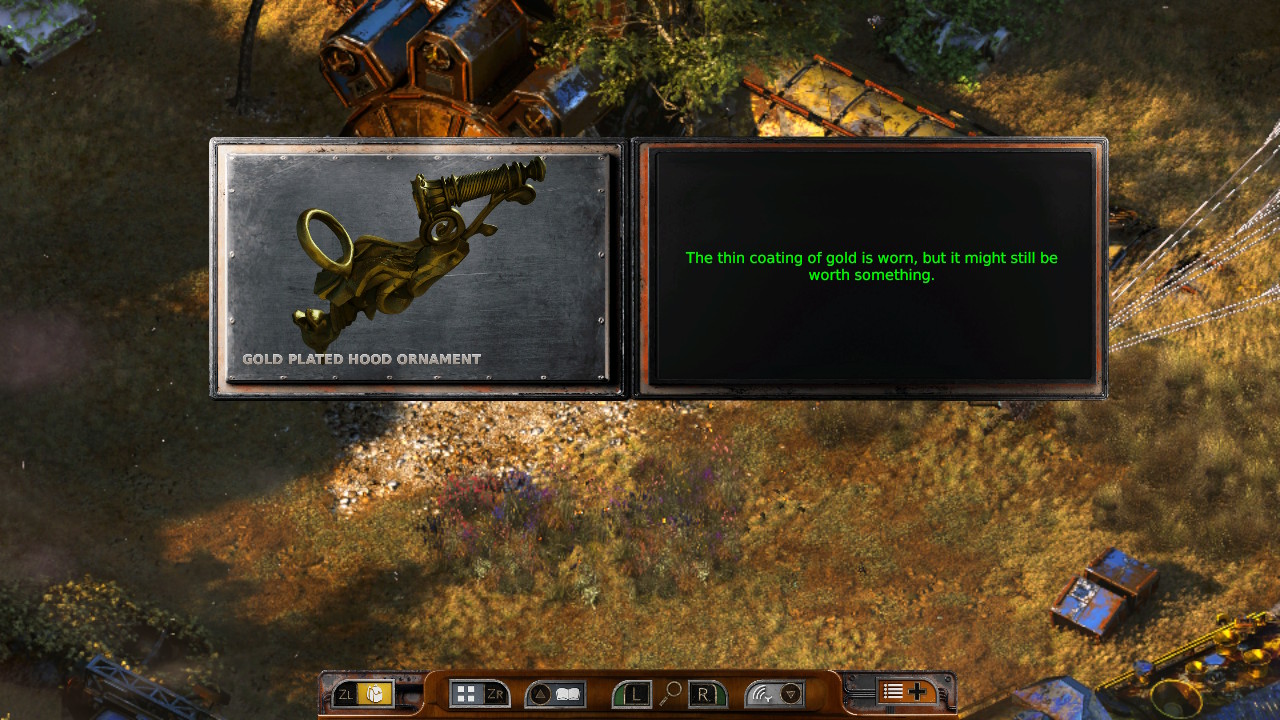 Unfortunately, it’s in these moments where Beautiful Desolation’s limited indie budgetary resources come to bear fruit. Progression in Beautiful Desolation can often be frustratingly slow, and much of this is due to a lack of direction or guidance to the player. The issue isn’t so much the lack of waypoints or handholding, but rather the feedback that it gives players. At one point early in the game I was tasked with finding a crashed satellite and retrieving a datacore from its computer. I found a crashed satellite and an interactable terminal, however when I went to access the terminal my character simply said ‘Nope’ or ‘Nuh-uh’ every time I tried to interact with it. I reread the quest information, went back and talked to the quest-giver to make sure I wasn’t missing anything, but still couldn’t figure out how to move forward. After backtracking numerous times, searching high and low for the missing piece of the puzzle I eventually consulted a walkthrough on how to move forward. Turns out there are two crashed satellites in the dessert and I was at the wrong one. Obviously I could have overcome this hurdle by fully exploring the map, but a prompt to look elsewhere or that I wasn’t ready to interact with this yet would have been helpful. 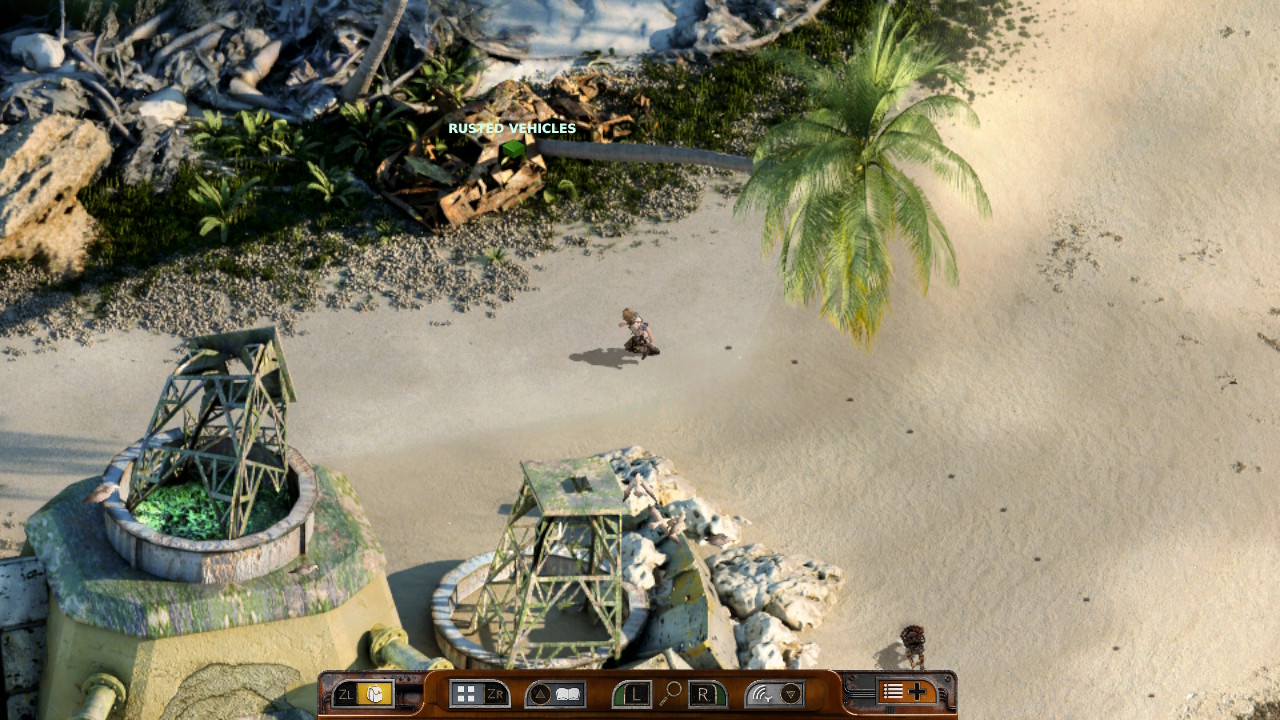 These types of irritating progression issues occurred quite frequently, but I also experienced a number of scripting conflicts and bugs throughout my time with Beautiful Desolation that were a little more concerning. There were times where I completed a quest before I had even found the quest-giver, so upon our meeting the introductory dialogue exchange was skipped and my character was referring to details and conversations that I, the player, had never seen. I also ran into a bug within the first 5 minutes where a tutorial prompt blocked half the screen and I had to blindly navigate the menu in order to get past the issue. Of course, bugs can always be fixed and scripting errors can be corrected in patches, but these issues were frequent enough that I feel it necessary to point them out. 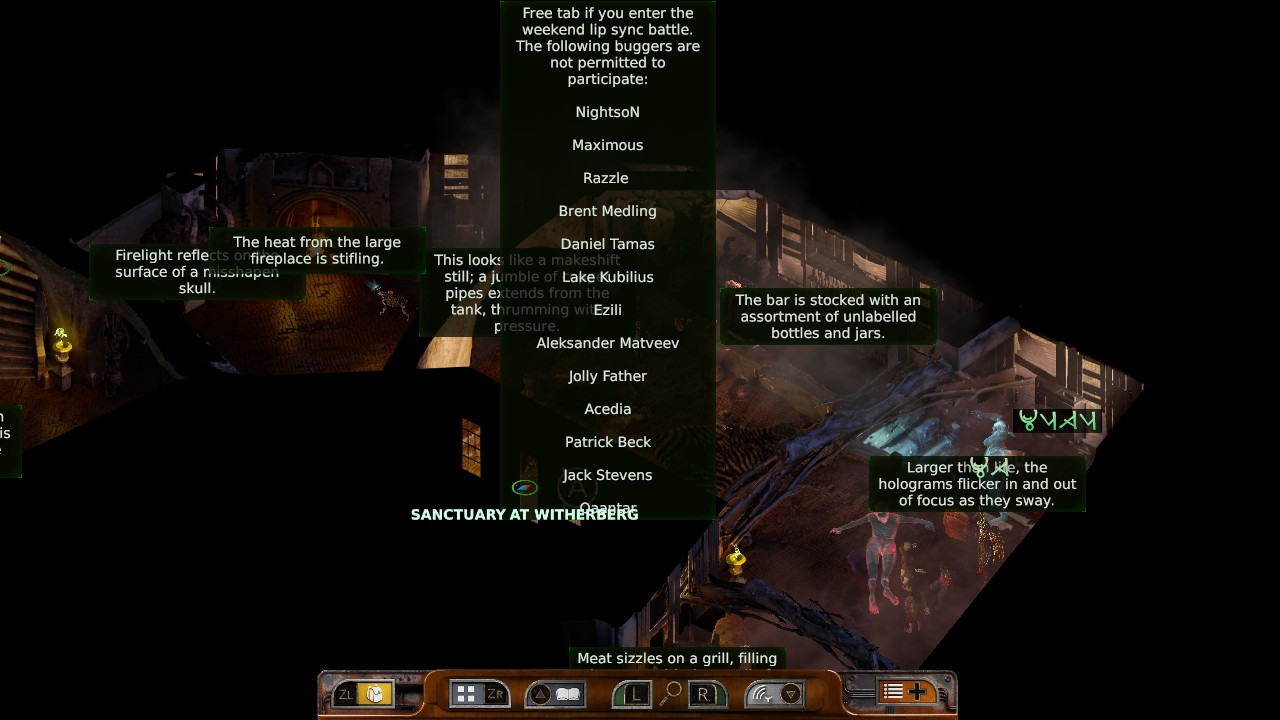 Despite the pacing issues and various bugs, I still think Beautiful Desolation is worth your time. The world is impressively realised and absolutely stunning to behold. Whether you’re talking to the various faction leaders and engaging their twisted ideology or simply exploring the remnants of a bygone human age, immersing myself in the world of Beautiful Desolation was an absolute joy. With that being said, I highly recommend playing with a walkthrough at the ready. Nothing quite breaks the immersion like getting stuck on a frustrating quest. 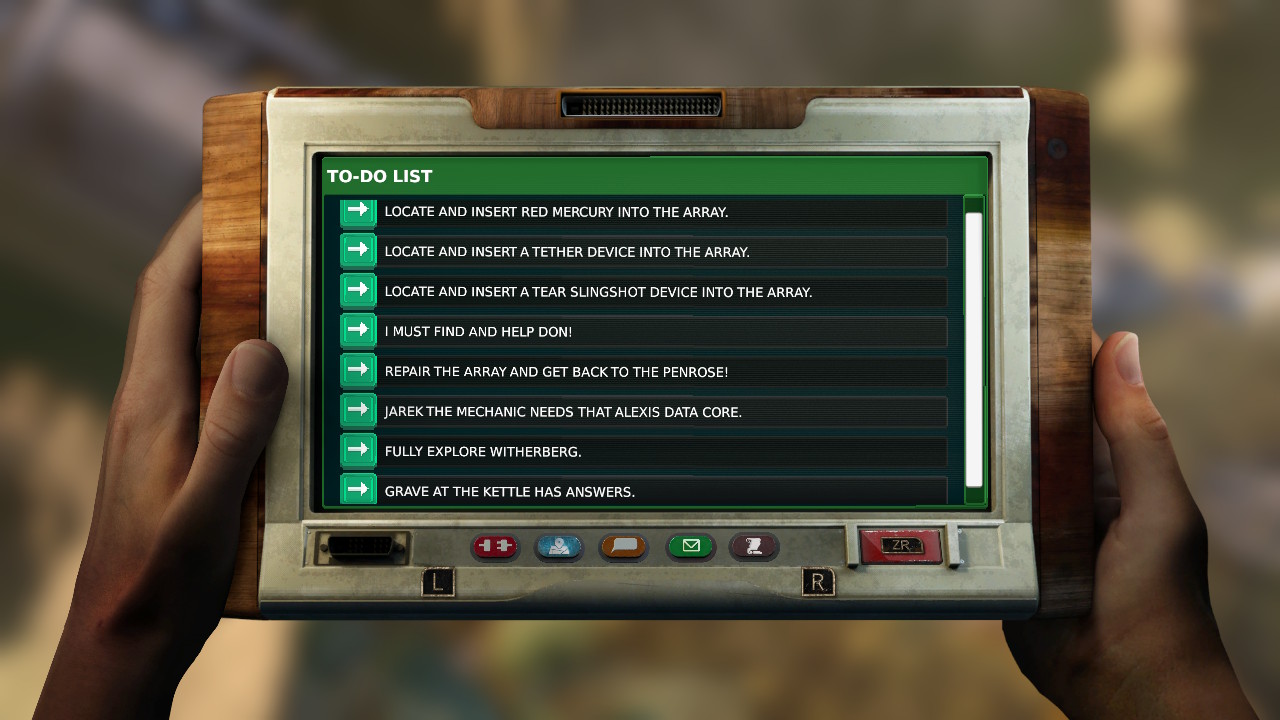