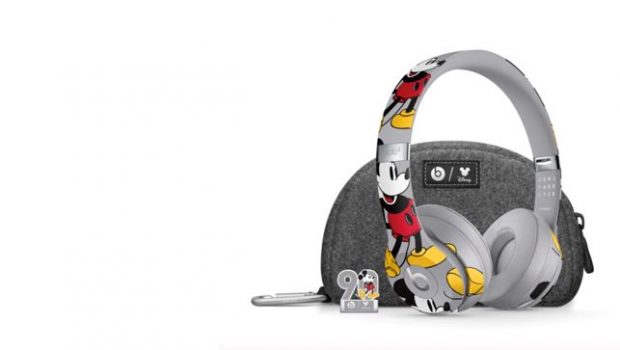 Beats by Dr. Dre and Disney Pay Tribute to the “True Original” With Sleek Headphone Collaboration

As a brand born from the music industry, Beats joined efforts with Disney to recognise how the world’s most famous Disney icon has left his mark on the artist community over his 90 years.

“I hope we never lose sight of one thing—that it was all started by a mouse.” – Walt Disney

When Walt Disney said the words above, he emphasised how much of Disney was established on the introduction of Mickey Mouse in 1928. The collaboration’s campaign builds on this idea by looking at the origin stories of young artists including American rapper Lil Yachty, British singer-songwriter Anne-Marie, Chinese actress Zhou Dongyu and Japanese pop duo AMIAYA.

“Music and Disney go hand in hand, now they just have the perfect headphones to be an outlet and represent them,” Lil Yachty said. “I am honoured to be chosen for this collaboration; I grew up watching Disney and using Beats headphones. Now I get to represent them both it’s unreal.”

This campaign was shot by Maripol, a famed Polaroid photographer who recorded and influenced emerging artists that later embodied the creative scene of eighties New York. In addition to taking polaroids, she also filmed the collaboration and talent with a vintage camera to capture the nostalgic sentiment key to Disney’s magic.