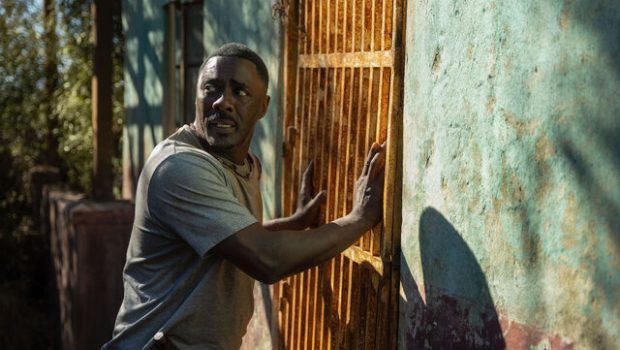 Beast is a serviceable action thriller albeit one assembled with skill and care. It follows two cliché plot devices. The first is the neglectful father who must prove himself to the children he has failed. The second is the inclusion of a crazed animal that stalks the main characters with a near-telepathic sense for finding them. Will the father heroically stop the beast? The answer is clear because time and again you have seen these two storylines collide.

There is an entire subgenre dedicated to similar story plotlines. Jaws (1975) reinvigorated this type of genre film. It scared the daylights out of audiences because American viewers had never seen a B-movie plot elevated to such a high skill level before. Many imitations have followed but few have equalled Spielberg’s work except perhaps Alien (1979). Beast, directed by Baltasar Kormakur (Two Guns and Adrift), is okay but why this South African-set thriller was made, outside of providing its lead actor with an action vehicle, is unclear. It could have been a lot worse, but it is largely forgettable after its tight, 90-minute running time.

In this instance, Beast’s neglectful father is Dr. Nate Samuels (The Wire’s Idris Elba). He is intent on drawing his two teenage daughters, Meredith (Iyana Halley) and Norah (Leah Sava Jeffries), away from their cell phones so they can experience the fresh air and the glorious sights of South Africa. However, deep‑seated grief still lingers within the family. The girls felt their father was absent while their mother was sick. Her passing has further entrenched those feelings of disappointment among the girls. Nate himself remains haunted by his wife’s death. He has dreams about the two of them where he can still faintly imagine her, but she remains out of reach.

His grieving heart is eased by the friendship of Martin (District 9’s Sharlto Copley), a colleague and wildlife biologist. He is a strong tour guide for the family on their South African trip and hosts them in his house. What starts as a relaxing drive to a village turns into a ferocious nightmare. The village is dead quiet only for Nate and company to discover it is littered with dismembered bodies. The perpetrator and antagonist of the story is a bloodthirsty lion intent on defending itself from human hunters. With the family caught in the middle, Nate uses his medical skills to help the wounded. His sense of responsibility increases once Martin breaks from them to draw the lion away from the family.

Beast needed a new twist in its story or a fresh angle to justify its cinema release. The only new addition is the setting of South Africa. It is an exciting and dangerous area to set a film. Yet consider the way the exposition unfolds in the first quarter. Nate’s failure as a parent is so heavily telegraphed by his daughters that his trajectory to becoming a more heroic, caring person is all too predictable. The inclusion of character development is welcome in any action movie but seeing this type of growth before blunts the impact of change.

Similarly, the combat scenarios with the lion heavily borrow from various Spielberg films, such as Jaws, Jurassic Park (1993), and The Lost World (1997). The claustrophobia, compounded by the narrow space of the vehicle in which the girls are trapped, effectively recalls the major T-Rex scene in Jurassic Park. The film’s brother and sister duo sat helplessly as the dinosaur rampaged around them. Now the girls are ambushed by the lion, which violently charges towards the vehicle and smashes its head through the glass. They can barely avoid being slashed open by the enormity of its paws. 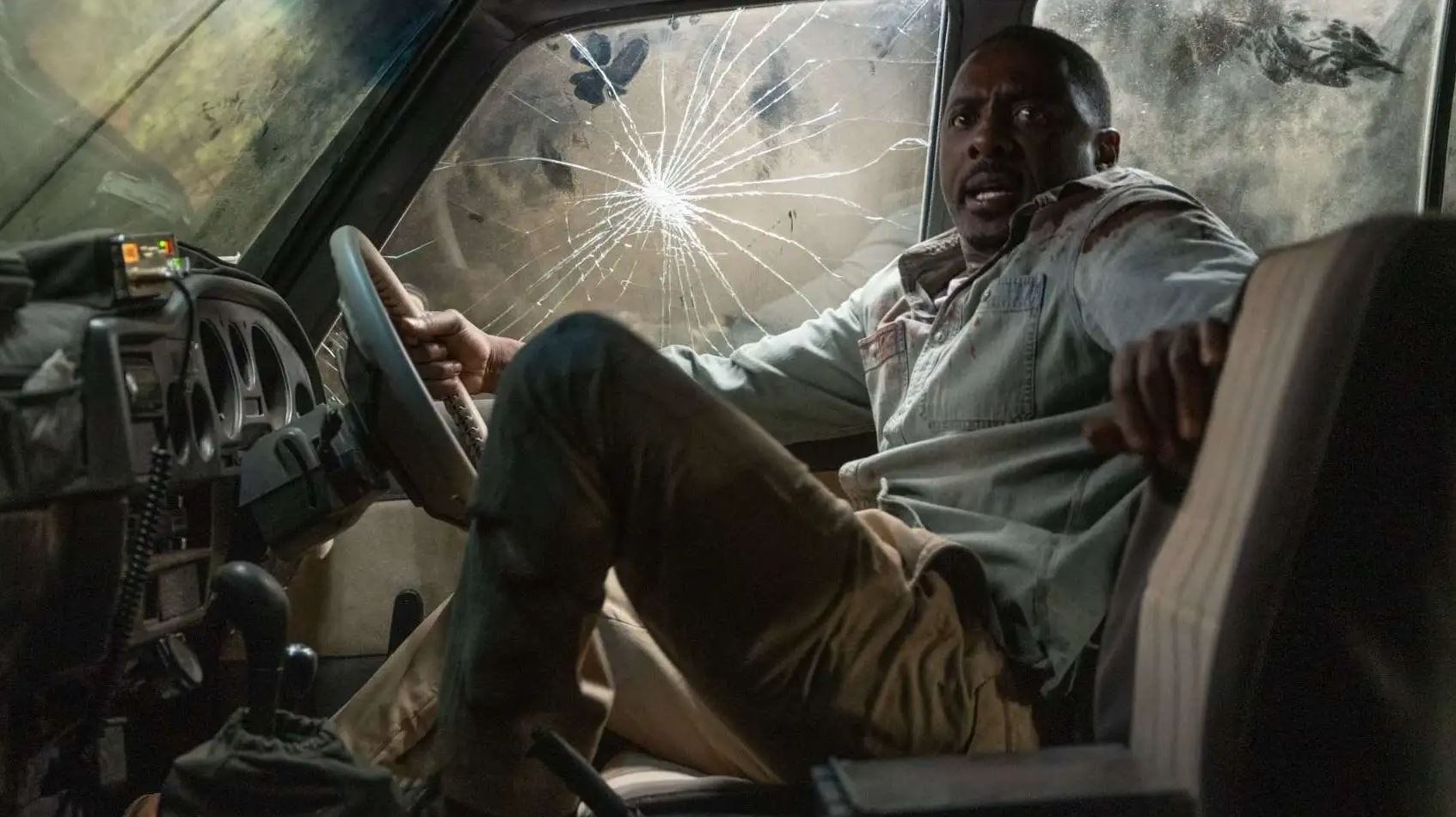 The moment is effectively staged, and the violence is filmed and acted with urgency. Yet like Nate and the memories of his wife, the film cannot escape the ghosts of the past. The director Kormakur is insistent on recreating, reimagining, and redoing past glories. At other times, he carelessly walks into the same traps laid by various horror films. For example, Martin leaving the group to head to a riverbank alone compares unfavourably to a character stupidly exploring a haunted house’s basement. The film might have been more interesting if its skirmishes did not outweigh some of the more underdeveloped story aspects.

The hunters barely feature, which pales compared to The Lost World where they were integral to the story. There are no weird experiments being conducted on the animals. The lion is simply furious at being targeted by hunters, which makes the motive slight but reasonable. There are also no racial themes despite this being a black family exploring South Africa. The lack of cultural identity aside, adopting the family’s perspective is not a fatal decision because Beast does not suffer from hugely unlikeable characters. The family is disarming enough that we want them to survive. However, the design of the nightmare in which they find themselves lacks the imagination needed to make this more memorable.

Beast’s lack of originality is countered somewhat by the director’s robustness. Kormakur knows how to stage action and should continue leaning into this skill. The special effects, particularly the lion’s animation, are excellent. While its face is noticeably hidden, it looks and sounds incredibly vicious. During the skirmishes in small spaces its presence is tense and unsettling. Having sat through the dismal animal paramilitary feature Rogue (2020) not that long ago, this is easily the superior film. 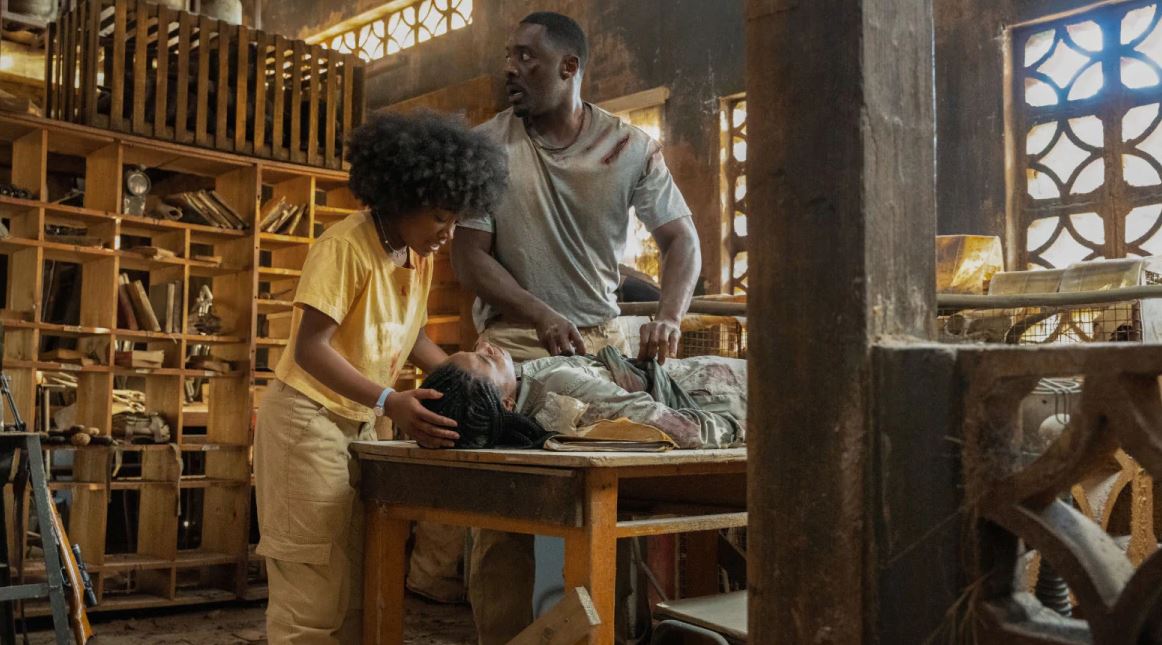 The effects are lightyears ahead of that trash. Kormakur also brings a few nice touches to Beast’s look and the overall décor. The film was shot on location in South Africa, which is a good decision. The benefits of the location shooting are fruitful given the warm, arid landscapes are bathed in sunlight. The strong lighting proves more arresting than many desaturated and colourless blockbusters.

Adept photography and action aside, Kormakur finds little time for consistency. The lion’s claws believably tear most characters open. These gaping wounds often see Nate treating people from the back of his car. This would be fine if the ludicrous, shockingly improbable climax, did not involve wrestling a lion and living to tell the tale. If you have already seen The Revenant (2019) and its infamous bear scene, you can imagine the resemblance.

Many people will see the film simply for Elba’s presence. His performance is fine if unremarkable as Nate. He shares easy, relaxed chemistry with Sharlto Copley, and the two young women playing his daughters, Iyana Halley and Leah Sava Jeffries, are charismatic and engaging. Though as honourable as Nate is to care for his family, Elba’s performance is too contained. It is as though he was told to temper his ferociousness when we know the energy and power of this actor. It is a missed opportunity to dramatise the animal instincts that will transition a neglectful doctor into someone who matches the lion’s violent intensity. 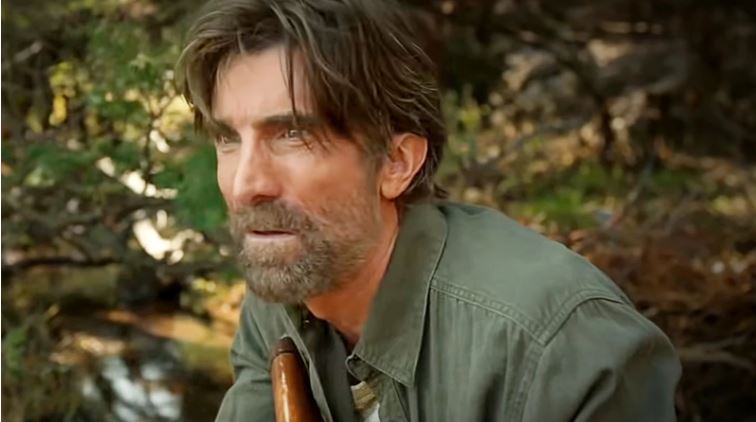 This is a well-made but unremarkable exercise in thrills rather than emotions. Kormakur’s previous film, Adrift, was preferable. It was also a survival thriller, but its central relationship and resilient lead character elevated it above a formulaic genre film. Beast is fine in its in own derivative lane. However, the predictable storyline and rehashed action ensures it lacks a crucial element of any South African thriller: adventure.

Summary: A well-made but unremarkable exercise in genre thrills rather than emotions.