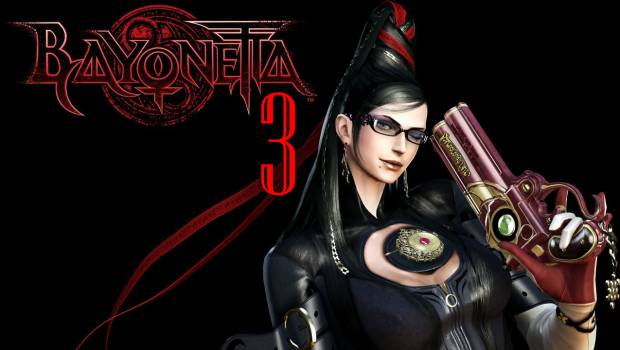 Bayonetta 3, The Legend of Zelda DLC News Revealed During The Game Awards

But that’s not the only Nintendo news from the annual awards show. During the event, Nintendo revealed a trailer announcing that Bayonetta 3 is currently in development by PlatinumGames, exclusively for the Nintendo Switch console. In addition, the critically acclaimed Bayonetta 2, originally a Wii U exclusive, and the original Bayonetta, – both also developed by PlatinumGames – will be launching for Nintendo Switch on 16th February. Two retail versions of the game will be available at launch: The regular edition includes the Bayonetta 2 game card and a download code for the original Bayonetta game with a suggested retail price of AU$89.95, while the Special Edition in Australia and New Zealand will include the Bayonetta 2 game card, a download code for the original Bayonetta game, a SteelBook®, 22 Verse Cards, 3 Sticker Sheets and a poster for SRP AU$119.95. Players looking to purchase the digital versions of the games for Nintendo Switch can do so via Nintendo eShop*.

Fans of The Legend of the Zelda: Breath of the Wild got a new look at the game’s second DLC pack, The Champions’ Ballad, which launched following The Game Awards livestream. In this second of two DLC packs that are part of the game’s Expansion Pass, players are granted access to a large new adventure featuring a never-before-seen dungeon, new insights into the background of the game’s four Champions, as well as a motorcycle called Master Cycle Zero, which allows players increased mobility when traversing Hyrule’s varied landscapes, once they complete this new adventure. The DLC will also grant access to nine new armour items for players to find as well as the Ancient Saddle and Bridle items. Players who purchase the Expansion Pass for AU$30 / NZ$33 receive The Champions’ Ballad DLC Pack 2, as well as The Master Trials DLC Pack 1, which launched earlier this year.

The event also featured a live performance of the “Jump Up, Super Star!” song from Super Mario Odyssey with vocals by the game’s original singer.

The Game Awards can be viewed in their entirety by visiting http://thegameawards.com/. For more information about Nintendo, visit http://www.nintendo.com.au/.