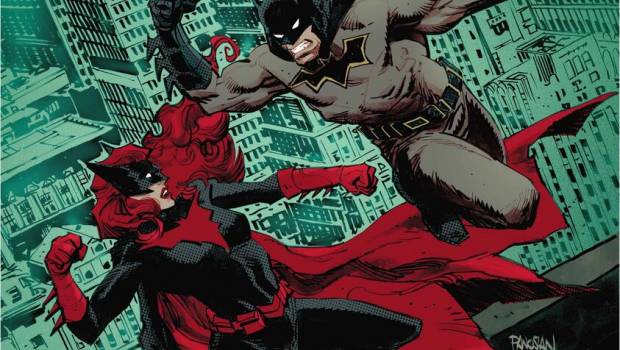 Summary: Solid issue all around but nothing that clearly stands out.

The Fall of The House of Kane: Finale

This issue is the final in the Fall of the House of Kane story arc.  As such, it’s not the friendliest point to jump in continuity wise, but still serves as a good read.  The first issue gives a quick recap of the arc thus far, which does make it more accessible.

Batwoman’s sister Beth has been tortured into becoming a darker personality, Alice.  Alice has spread a plague of red bats carrying a deadly virus that will kill most of Gotham if the virus is allowed to activate.  Batman is intent on capturing Alice and locking her away in Arkham, whereas Batwoman wants her sister to get the help she needs. 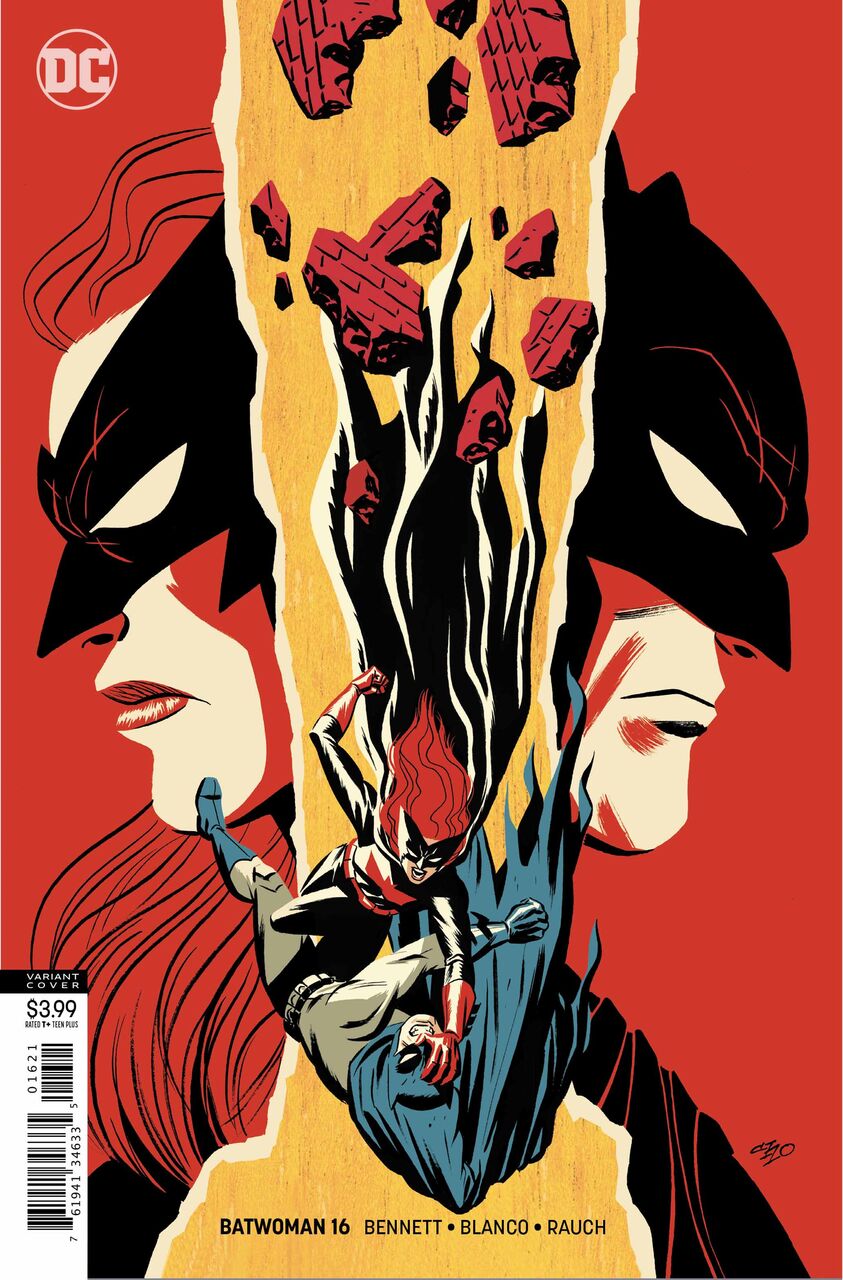 Dan Panosian did the work on the cover.  It features Batman and Batwoman fighting on a rooftop.  The city behind them is cast in a monotone green, making Batman and Batwoman stand out that much more.  It clearly displays the conflict between the two of them that is central to the issue.

The variant is a little more dynamic and a lot more colourful.  Michael Cho has Batman and Batwoman fighting as they fall, seemingly haven fallen through a ceiling.  On either side of the battling characters are profiles of their faces standing out prominently on a bright red background.  I really enjoy the colour of this cover and how it immediately draws the eye in.  Paired with the action in the center of the page, it makes for a great image. 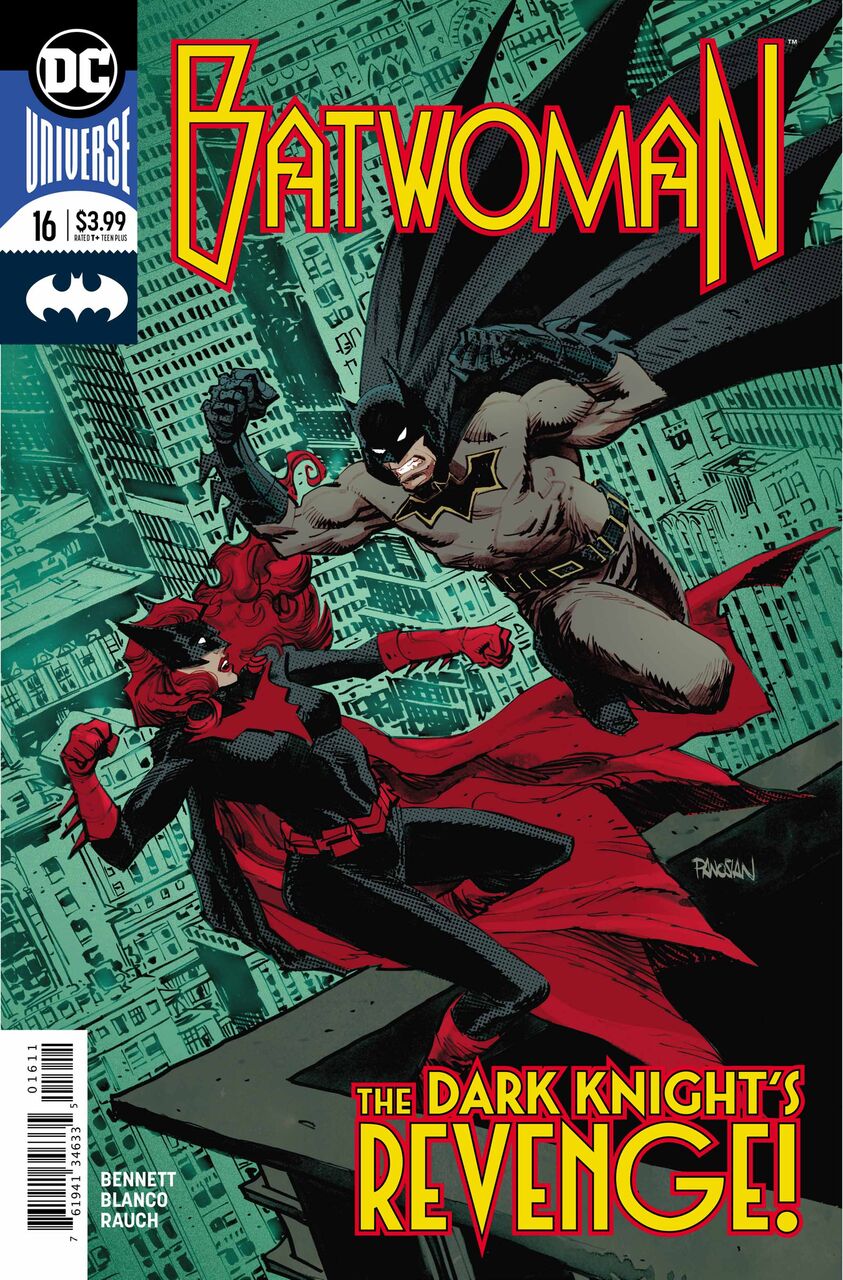 Fernando Blanco and John Rauch handle the duties on the interior of the issue.  The characters are well detailed, and it is hard to read the faces of Batwoman and Batman due to their masks.  Beth/Alice’s face is well detailed and her insanity is plainly visible throughout the issue.  Being a Bat-Family book, the style is a little gritty at times, with some darker and monochrome colour schemes throughout the book.  With Batwoman having the colour red as the highlight colour of her costume, red features as a highlight colour throughout the issue and helps it stand apart from other Bat-Books.

This issue is penned by Marguerite Bennett and is a very fast paced book.  After beginning with a one-page summary to bring the reader up to speed, this issue puts its foot on the accelerator and doesn’t let up.  From fight scenes to chase scenes Batwoman spends the whole issue trying to keep Batman at bay to ensure that her currently deranged sister can get the help she needs and isn’t just thrown in a pit like Arkham to rot. 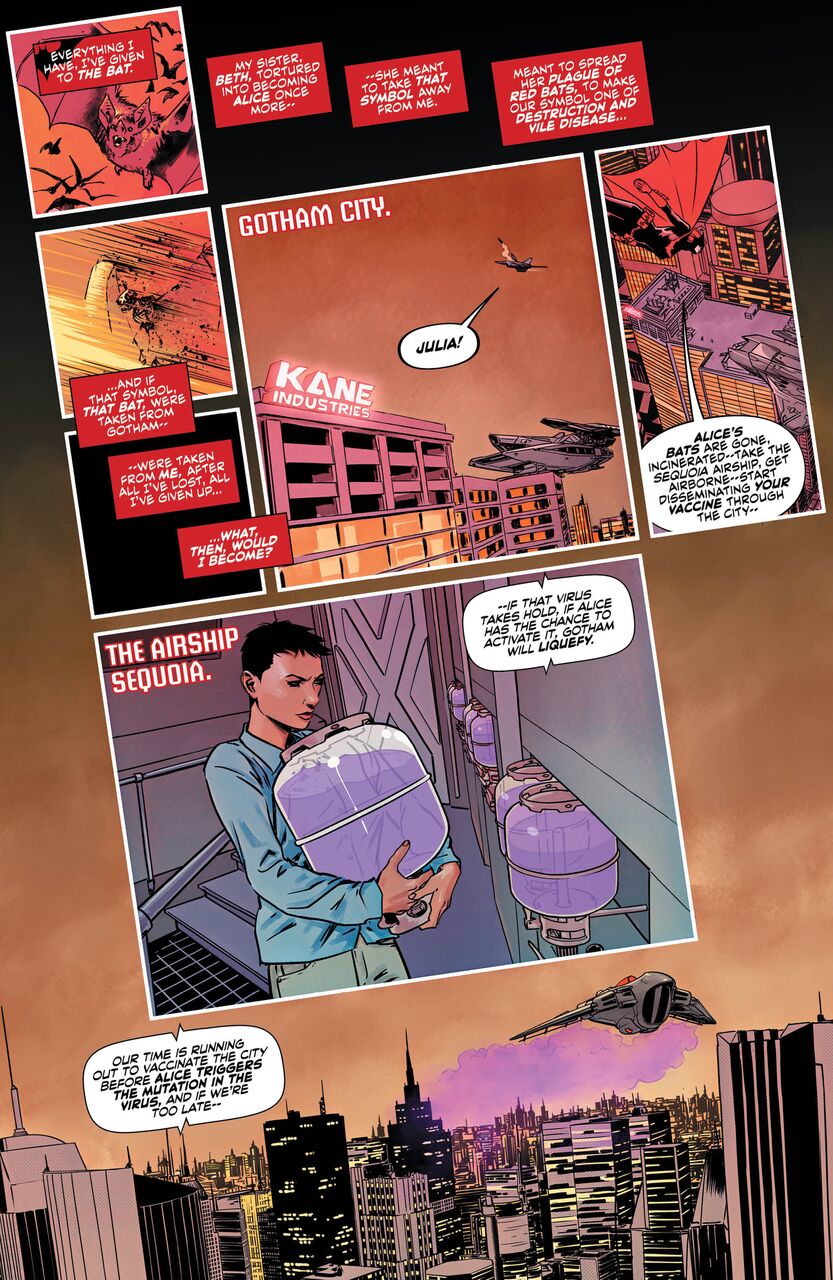 Bennett does a good job showing the internal conflict within Batwoman as she struggles with helping her sister or following Batman.  She also highlights some of the differences between the two members of the Bat-Family.  With Batman dwelling more in a realm of black and white, and Batwoman operating with a little more nuance.  It’s clear to her that Batwoman is more willing to make exceptions for family, and this could lead to her being off the team altogether at some point in the future. 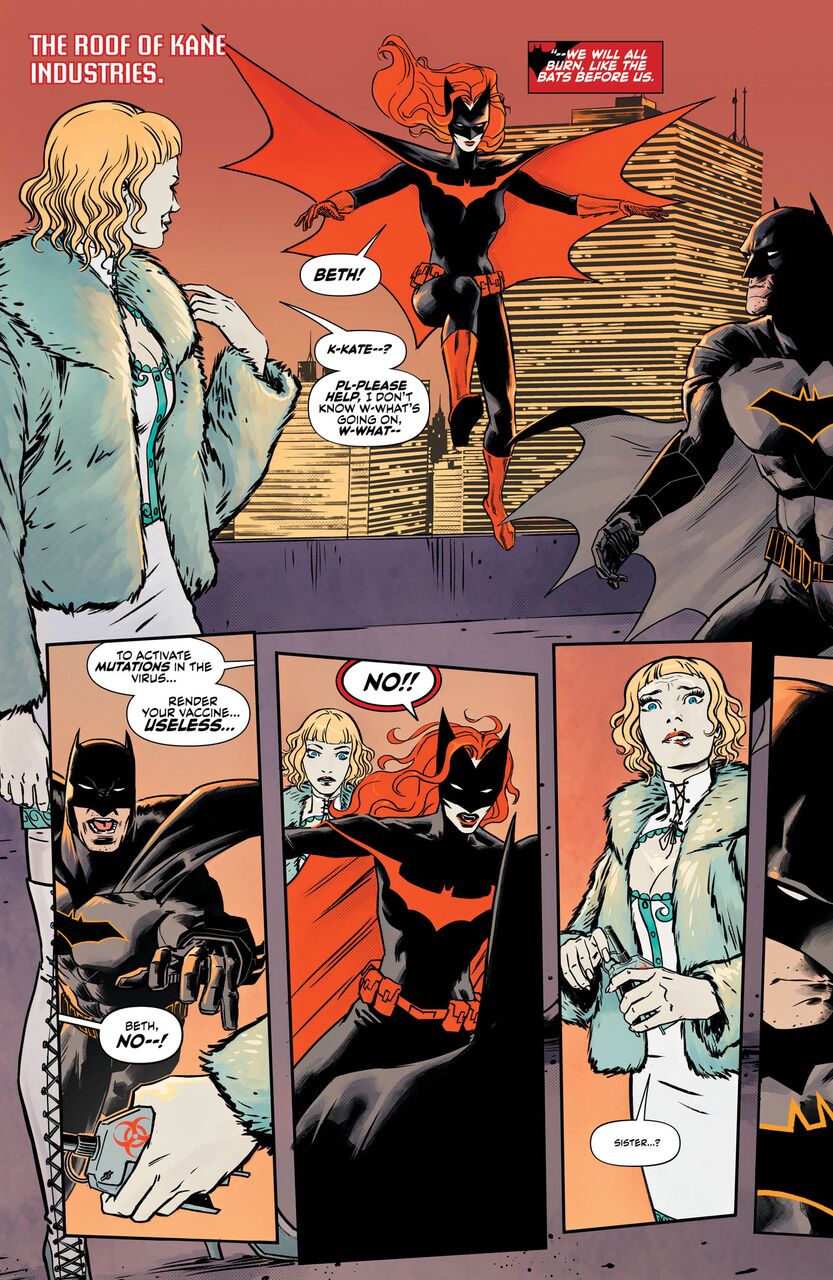 This issue was a pretty fun read.  There wasn’t a lot of build up here as it is very clearly the conclusion to the current arc, and that work had been done in the last few issues.  The pacing was great, and the art was consistent and did its part to aid in telling the story.  It is clear from the ending that Kate Kane’s days as Batwoman may be numbered, but this adds to the issue and lends it a greater feeling of importance.

Solid issue all around but nothing that clearly stands out.  3.5 stars out of 5.