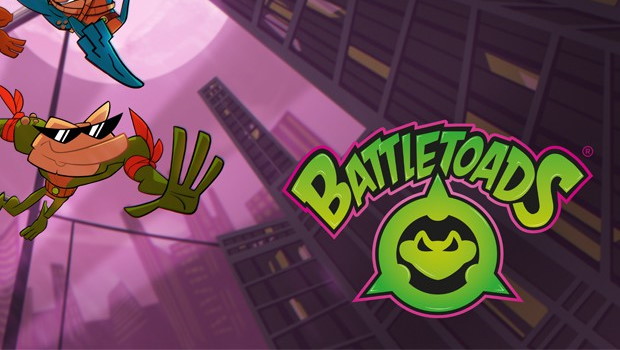 Summary: A Battletoads returns... but should it have?

I feel the need to start this review with the caveat that I suspect Battletoads falls into the same situation as other rival fandoms. Are you a Beatles fan or a Stones fan, Coke or Pepsi, Teenage Mutant Ninja Turtles or Battletoads? For me, when I first heard about Battletoads (and I mean the original Battletoads, not this modern version), they just stood out as a poor knock off of the Teenage Mutant Ninja Turtles… after playing this modern take, I’m inclined to hold with my original view. 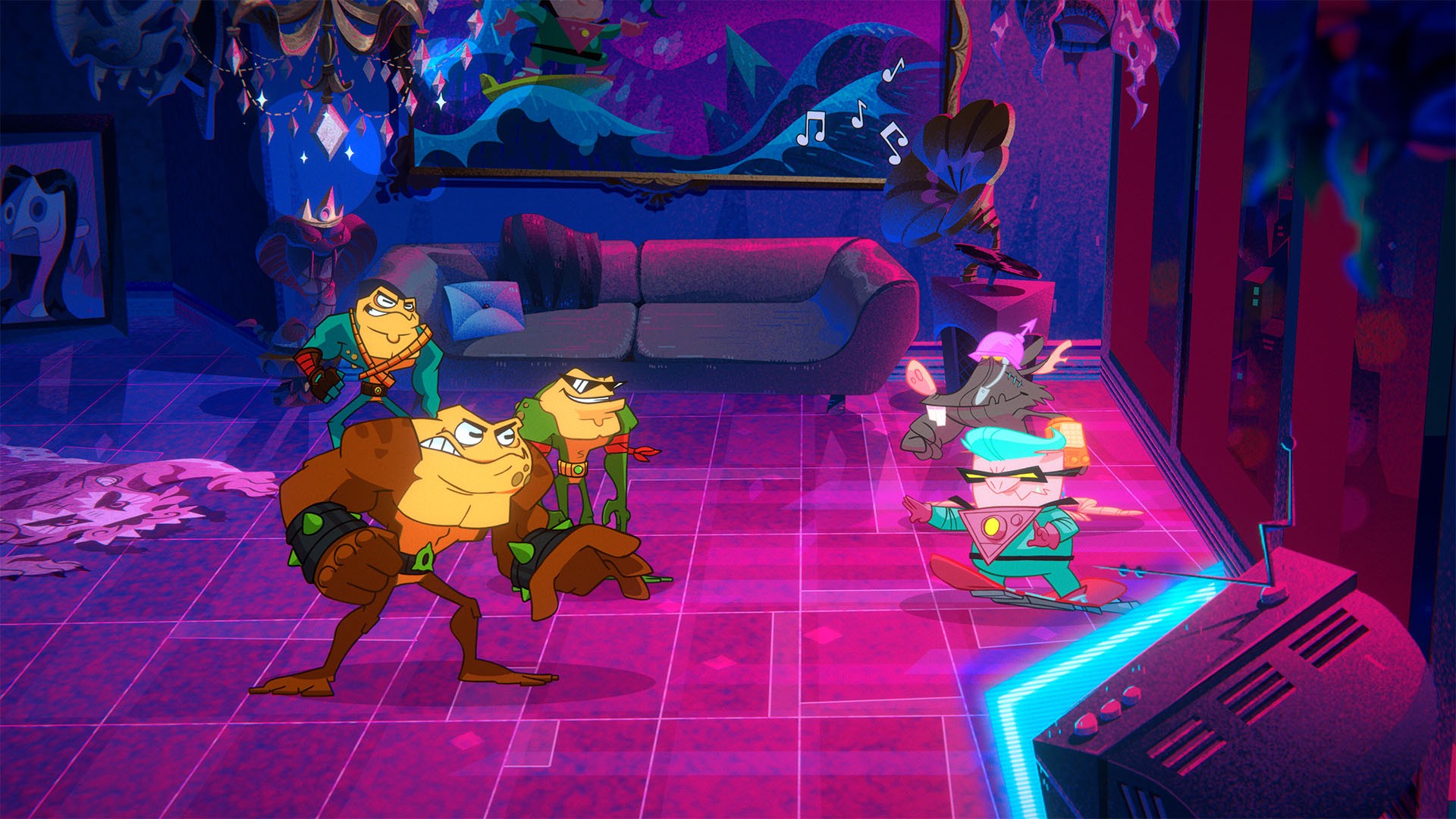 With that out of the way, there’s plenty for people to like here, if it’s their thing. There’s juvenile humour (which I have nothing against if done well), in fact the whole thing is played as kind of a big joke, or at least as a light hearted romp that isn’t meant to be taken seriously. The art style is very cartoonish so you could convince yourself you are playing cartoon… I guess?

The start of the game (and where I started getting my bad feeling about it), is classic beat ’em up… but somehow lacks fun. After beating the enemies you are able to eat the flies that appear in their place… or at least you are supposed to be able to eat them (I couldn’t for the life of me manage it, I tried lining up my shadow with theirs and being above and below it, closer, further away, all to no avail). Then the “boss” battle occurs… within a brief moment you have them defeated… or so you think, turns out they just run away. This happens again and again, literally the same boss takes a short beating from you then runs off so you can can beat your way to them and repeat the process. It felt like Groundhog day… if instead of a day it was say, about five minutes. 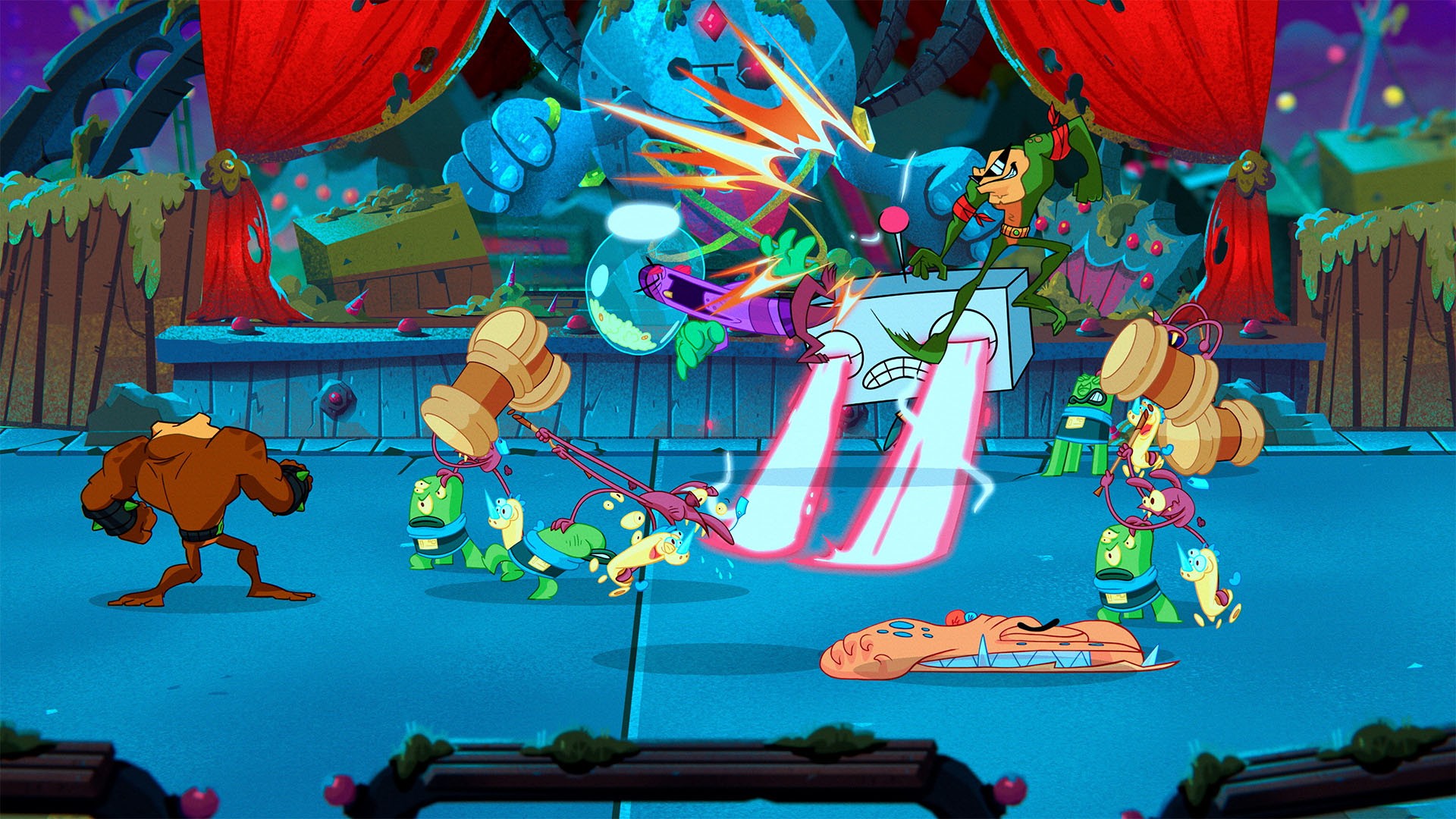 If you can make it past this section (which is supposedly teaching you how the game works), you do get an interesting take on where the Battletoads are now… in dead end office jobs. To break out of this funk Rash decides that the way to escape their monotony is to track down the dark queen and beat her up again… apparently that’s the best path back to “fame”. So with the premise set… off they go. 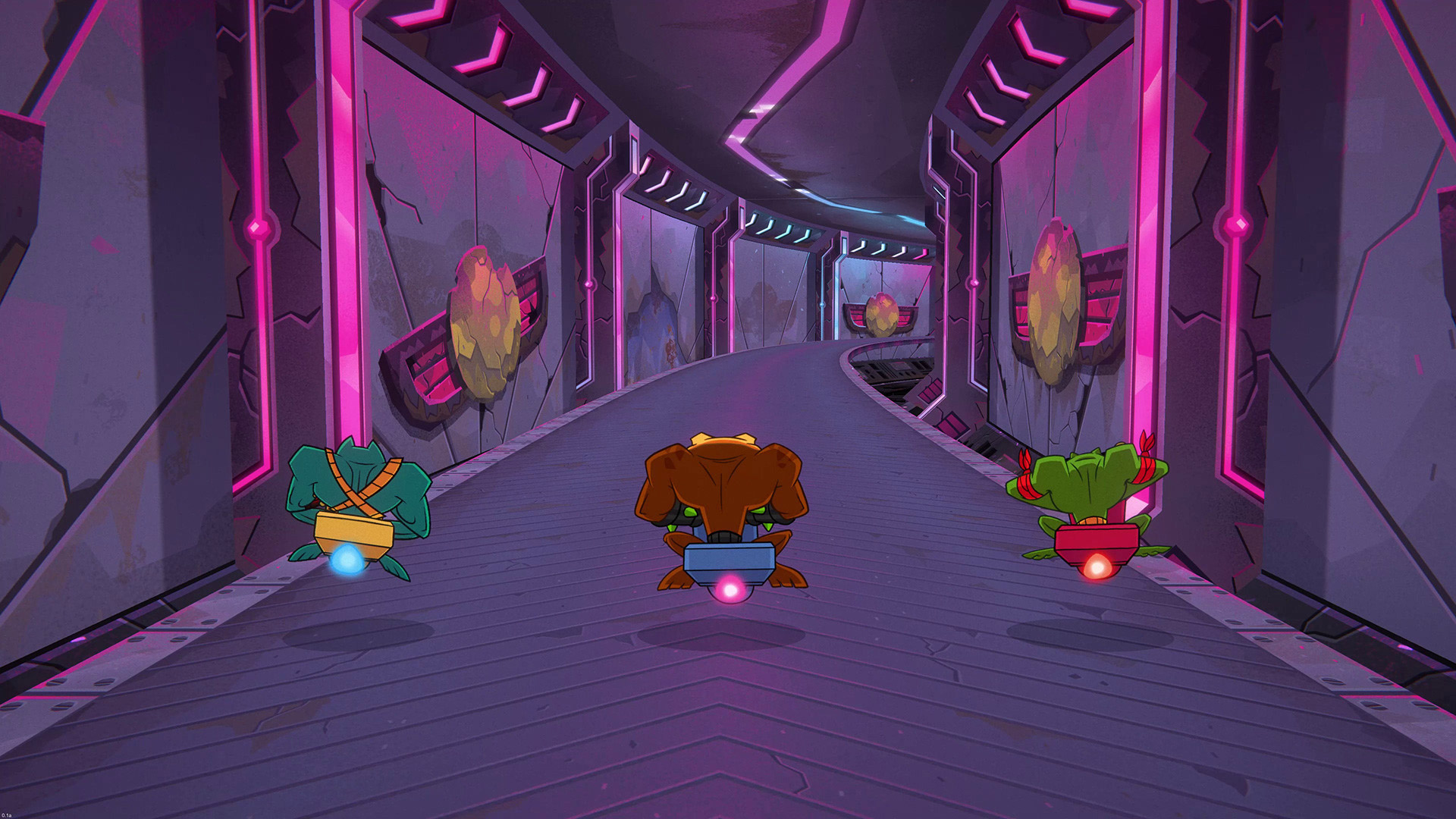 The bulk of the game is beat ’em up style but is broken up by puzzles and mini games. I did like the ability to tag in another toad, that adds a bit of variety to the fights as each toad has their own strengths and weaknesses. But if you were just after a beat ’em up you might get frustrated at the other elements of the game, having to match button commands to the landscape you are going over while sledding or facing death is not the sort of thing I consider fun. 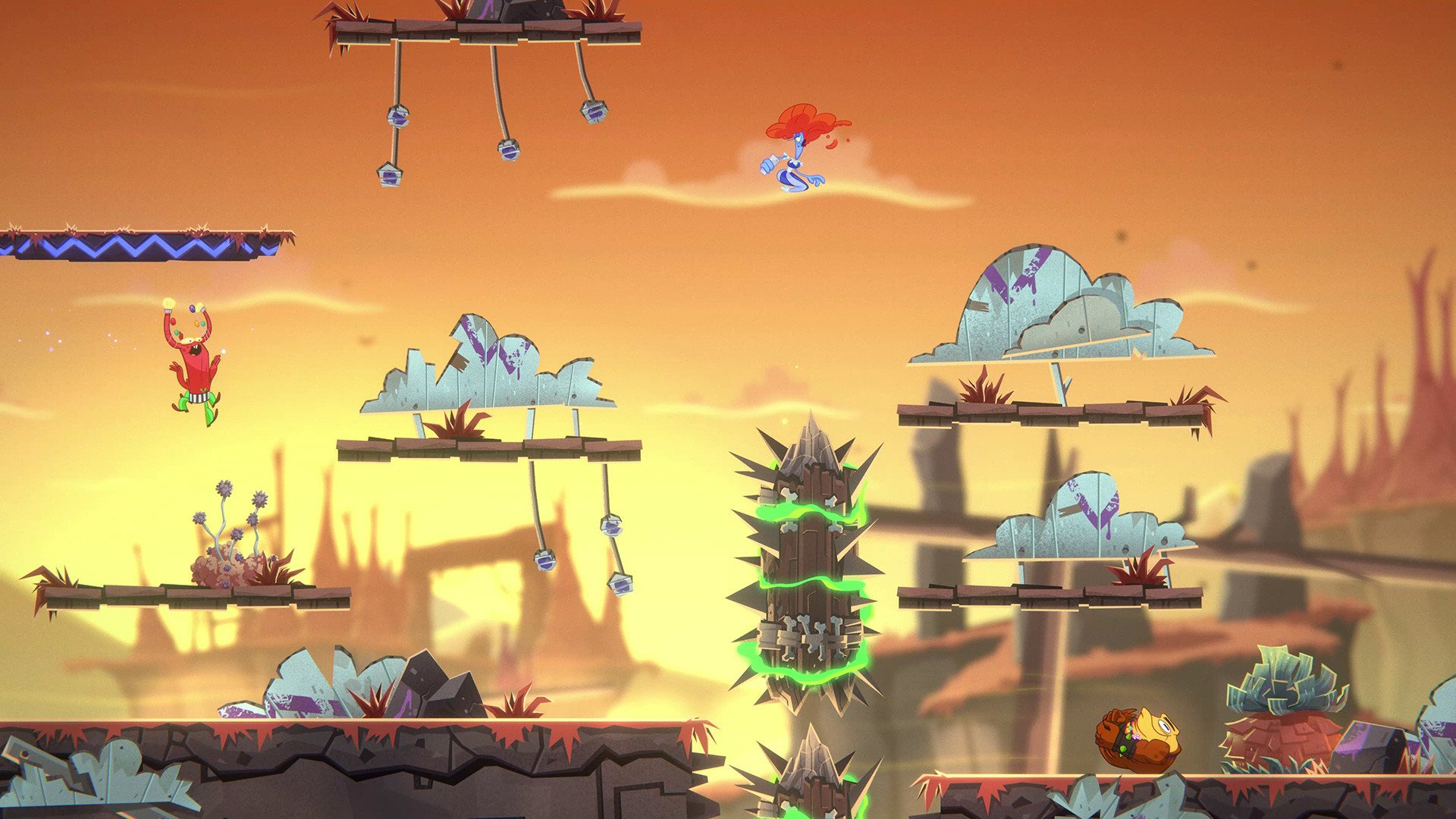 I suspect that fans of the original will find a good dose of nostalgia here that may well make it worth the price of admission. For everyone else… well, if you grew up in the 80’s and 90’s you might get a touch of nostalgia as well, unless you were more a Turtles fan like me, in which case this will simply continue making the Battletoads look like also-rans.