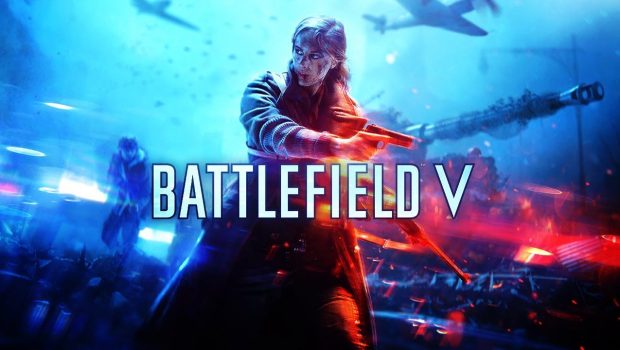 Summary: EA and DICE seem to have lost sight of what made this series a true contender for the FPS crown, and both the gameplay and the content are suffering as a result.

Out of all of the FPS titles I play, the Battlefield series is probably my favourite overall, with Battlefield 4 in particular playing host to some personal best kills, epic battles and a heavily active community that persists even to this day.

The games released during this ninth generation of consoles have admittedly had a few issues with each launch, with the aforementioned Battlefield 4’s notorious launch serving as probably the worst. 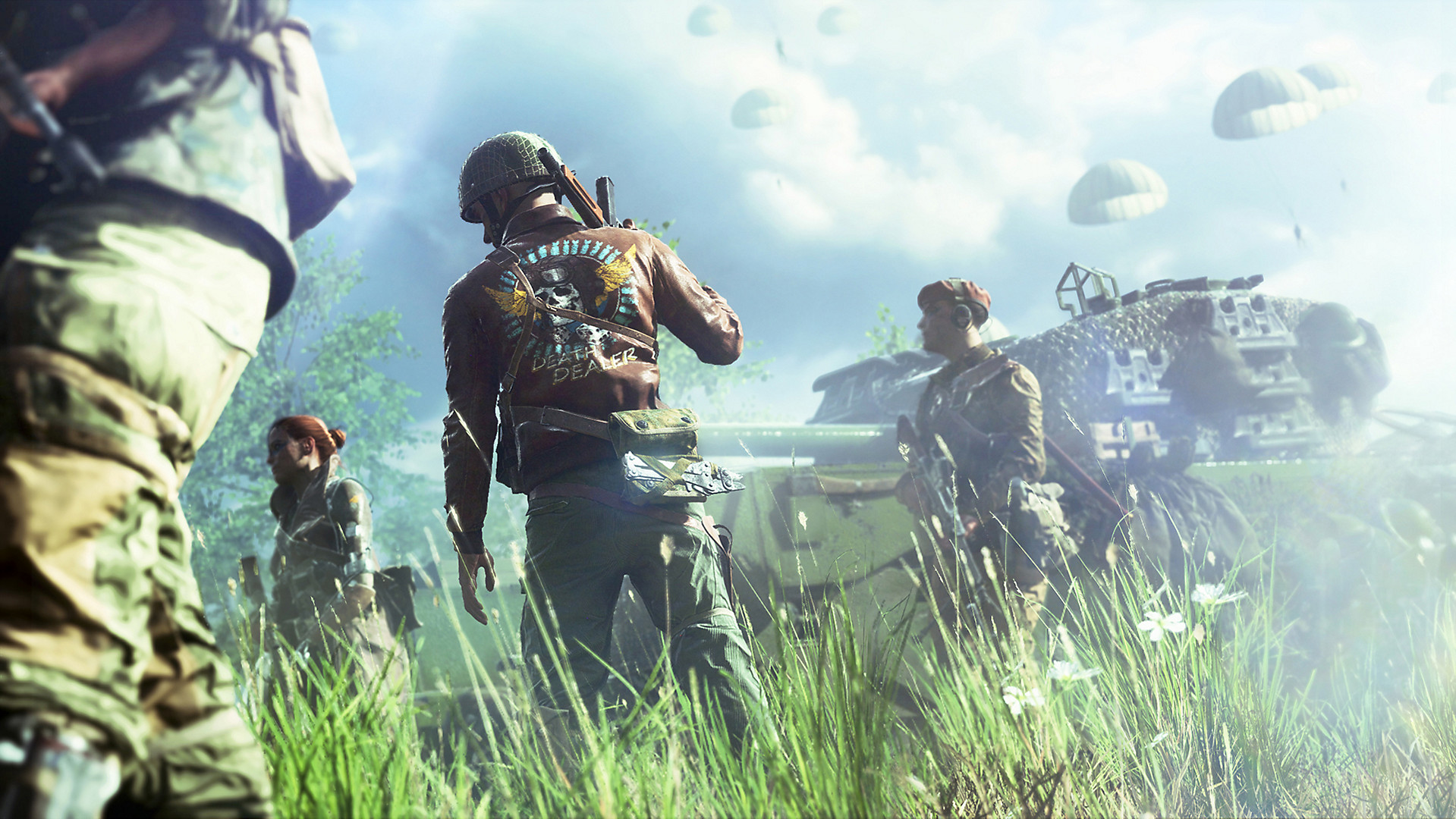 Still, DICE generally addressed whatever issues were hampering player enjoyment and interacted with the community in order to do their best to balance things, and although I personally moved on from Battlefield 1 after a short while as it’s anachronistic weaponry just didn’t feel as comfortable to play to me as 4 did, Battlefield V’s focus on the Second World War still managed to capture my attention.

Sure, there have been countless entries across myriad franchises set during this theatre of war, but this was the first time DICE had dropped us into the middle of the conflict between Allied Forces and the Axis on this current generation of consoles, and, despite sinking countess hours into Call of Duty: WWII, I still maintained enough of a hunger for classic WWII warfare to eagerly await DICE’s take on both the historical aspects of the game as well as their attempt to capitalise upon the currently unstoppable Battle Royale craze. 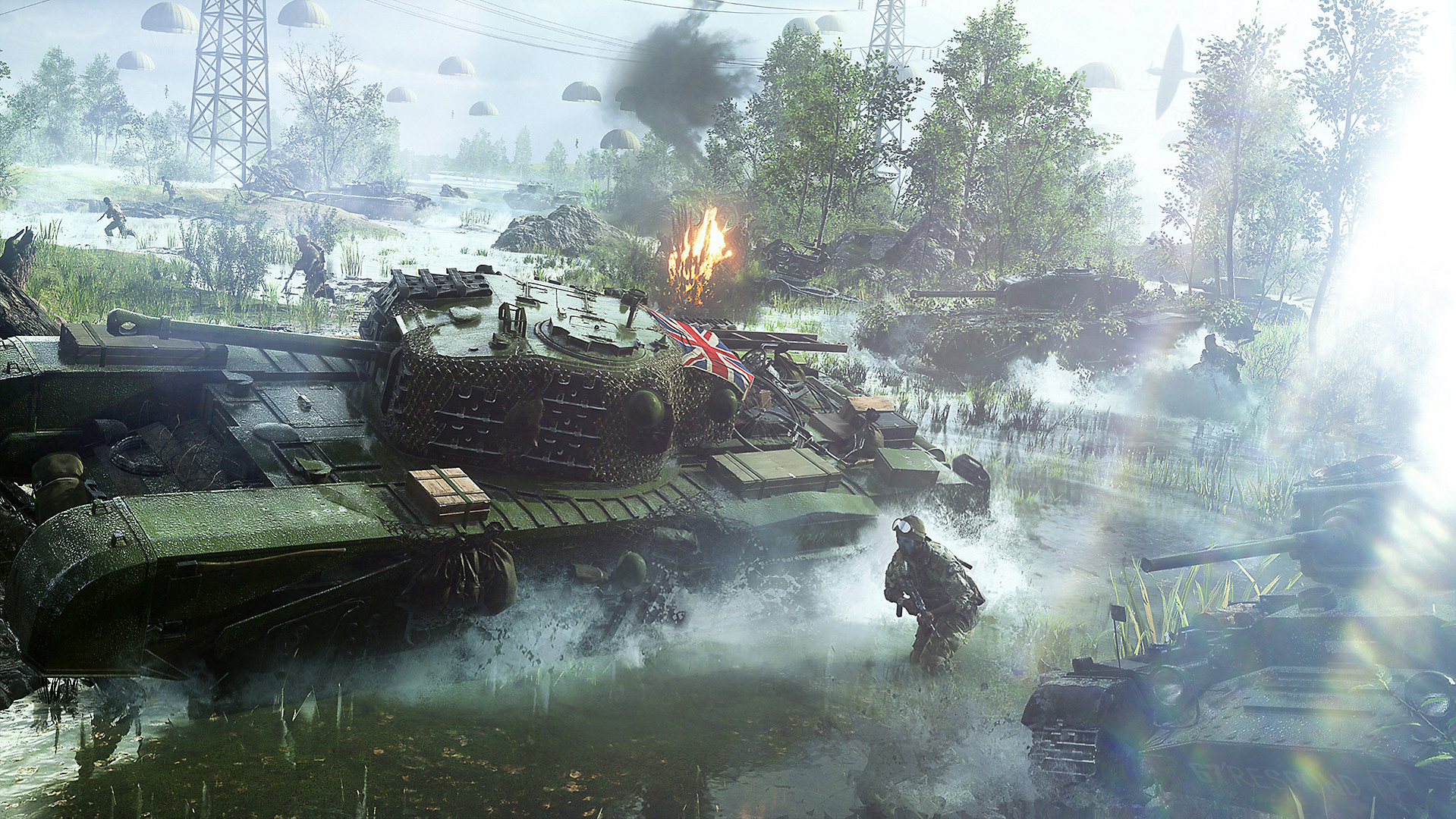 The problem that comes with reviewing a game like this, and indeed it’s a problem that pervades much of the industry in its current state, is that Battlefield V upon release is an entirely different beast to Battlefield V one month down the track, with many of the glaring omissions from the initial launch having been slowly added in over the past few weeks, along with a number of tweaks to the balance of gameplay, including a major overhaul of the TTK mere days ago.

When it first launched, Battlefield V, it pains me to say, exemplified a game that needed at least a few more weeks in the oven, with only three brief War Stories available (Unless you count the tutorial, which brings it up to a measly four), a relatively barebones multiplayer effort that seemed to play it way too safe and a multitude of game breaking bugs.

When Battlefield 1 eschewed the traditional campaign mode for the smaller, self-contained War Stories, I actually found myself preferring this new mission structure; the difference here is that the aforementioned game launched with five complete stories to play your way through, and for the most part you could actually get through them without encountering some irritating hiccup.

Case in point, I played through the first story on offer here, following a former bank robber as he’s enlisted to aid the war effort, with relatively no issues, but upon moving to the second story things went south rather quickly. 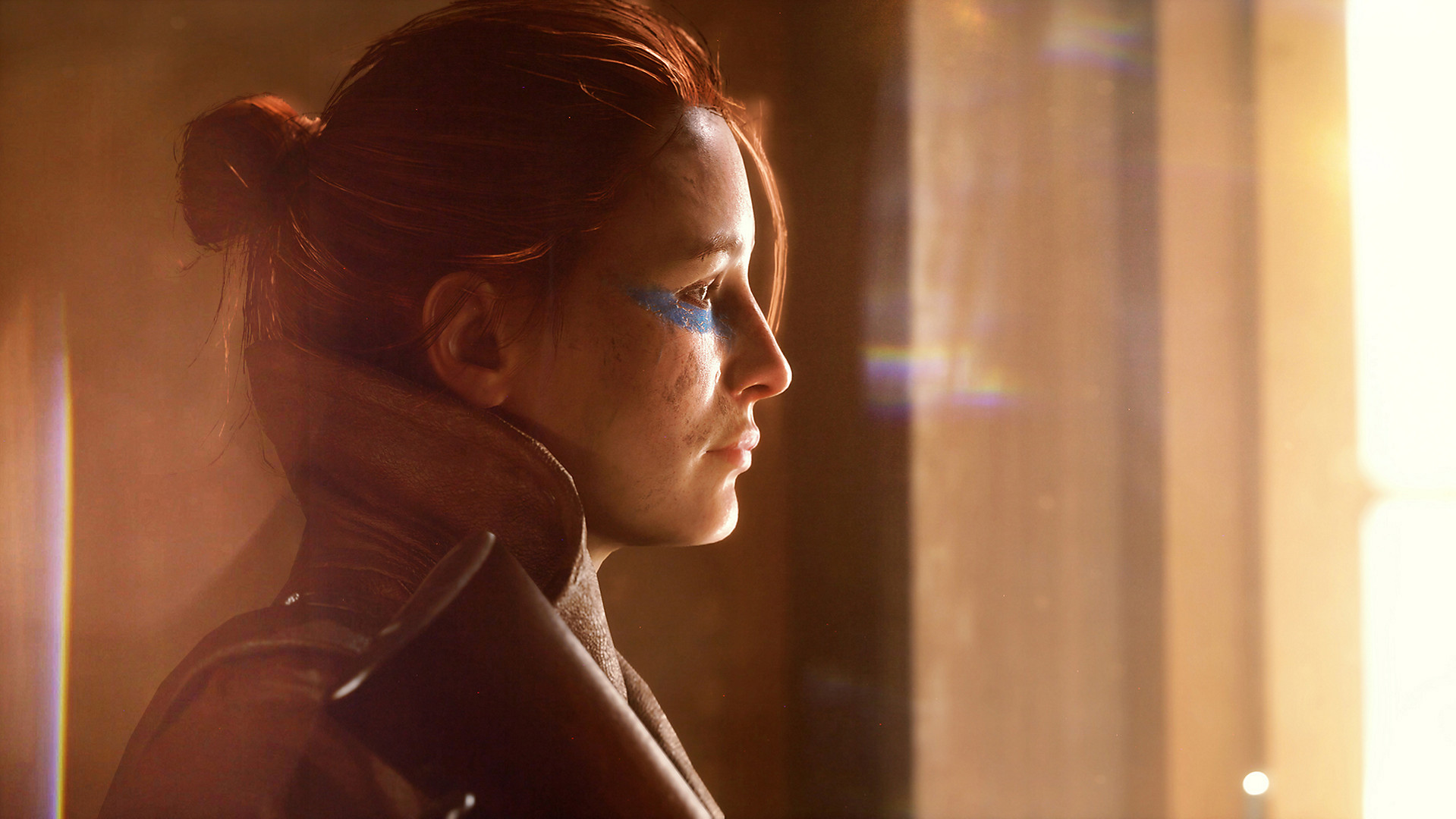 The vignettes here feature a more open-world inspired environment during certain sequences, usually giving players three or four objectives that they can choose to attack of their own volition. It’s a nice little deviation from the rigid design that funnelled you through the stages in a straight line, but it’s here that I encountered my biggest gripe.

Up until this point, I’d witnessed a few character models glitching out but nothing that was detrimental to the gameplay in any way, but when tasked with the multiple objectives, I found that if I died while attempting to destroy the target, the game would just push past the mission as if I’d completed it. 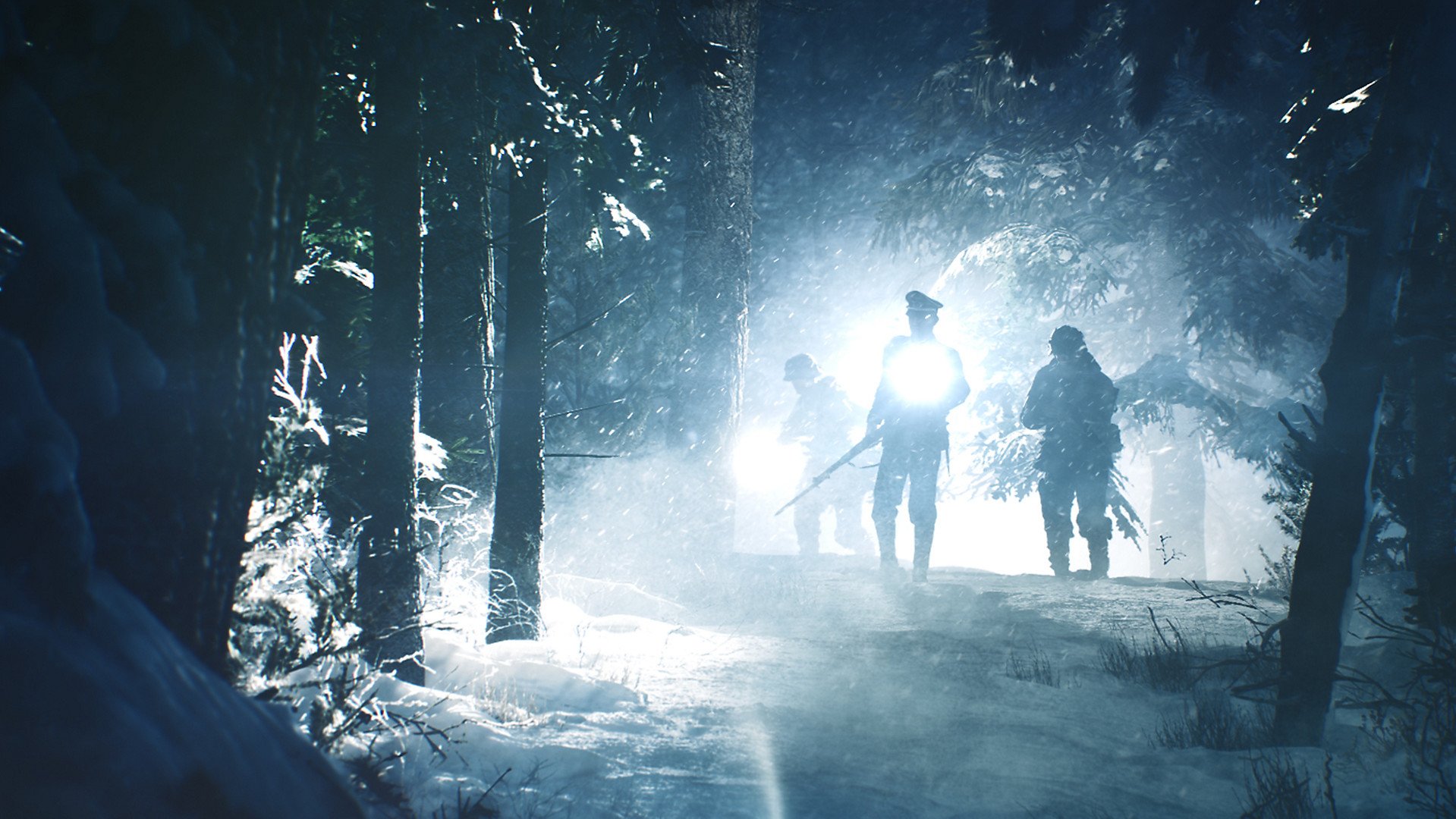 What this led to was me finishing the story without actually doing two of the three objectives, with no way to revert back to the previous state due to the autosave function. When I’d finished the story itself, the game didn’t recognise the story as being completed by checking the requisite box, yet on the selection screen it says that the story was finished… Even with all of the updates, this problem still exists a month later, in my game at least.

The narrative content of the War Stories themselves take a curious tact in that they focus solely upon what could be considered relatively minor conflicts and unsung squadrons; it’s a refreshing change from storming the beaches of Normandy for the umpteenth time, although I have to admit that after eventually playing through all four of the currently available stories, I kind of lamented the fact that there was no large-scale major battle to participate in. 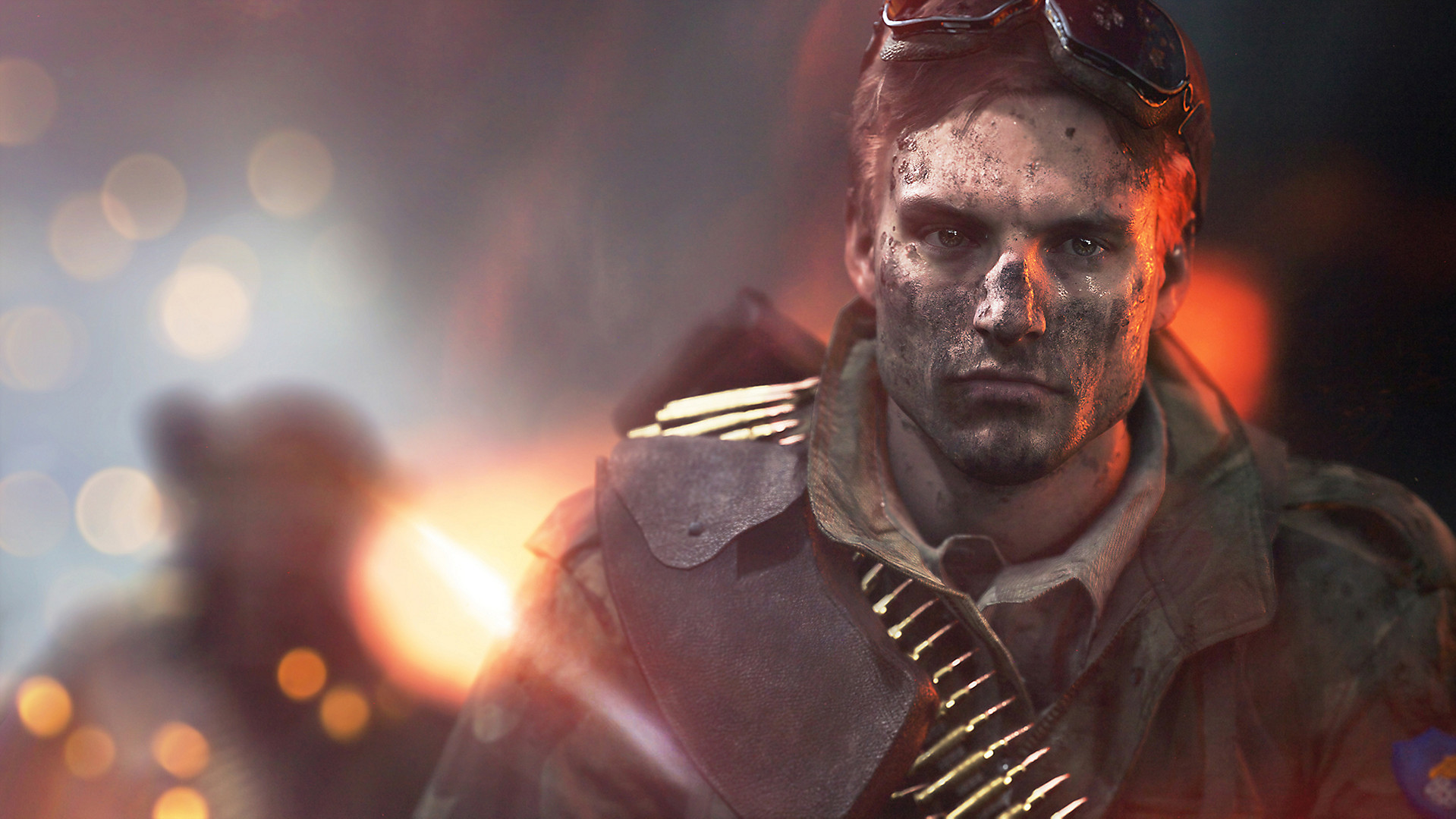 Even though Battlefield V offers a more open environment during the War Stories, the actual gameplay loop is essentially the same as in any other Battlefield game – Run here, shoot the bad guys in an obvious ambush arena, blow something up or retrieve some vital objective, rinse and repeat.

I mean, it’s fun and all and the combat feels as satisfying as always, but there’s nothing unique here that can compare with something like the mind-blowing time travel level from Titanfall 2; I understand that of course the context of the games here are completely different, but when each and every War Story follows basically the exact same mission and story beats, it can get a bit tiresome. 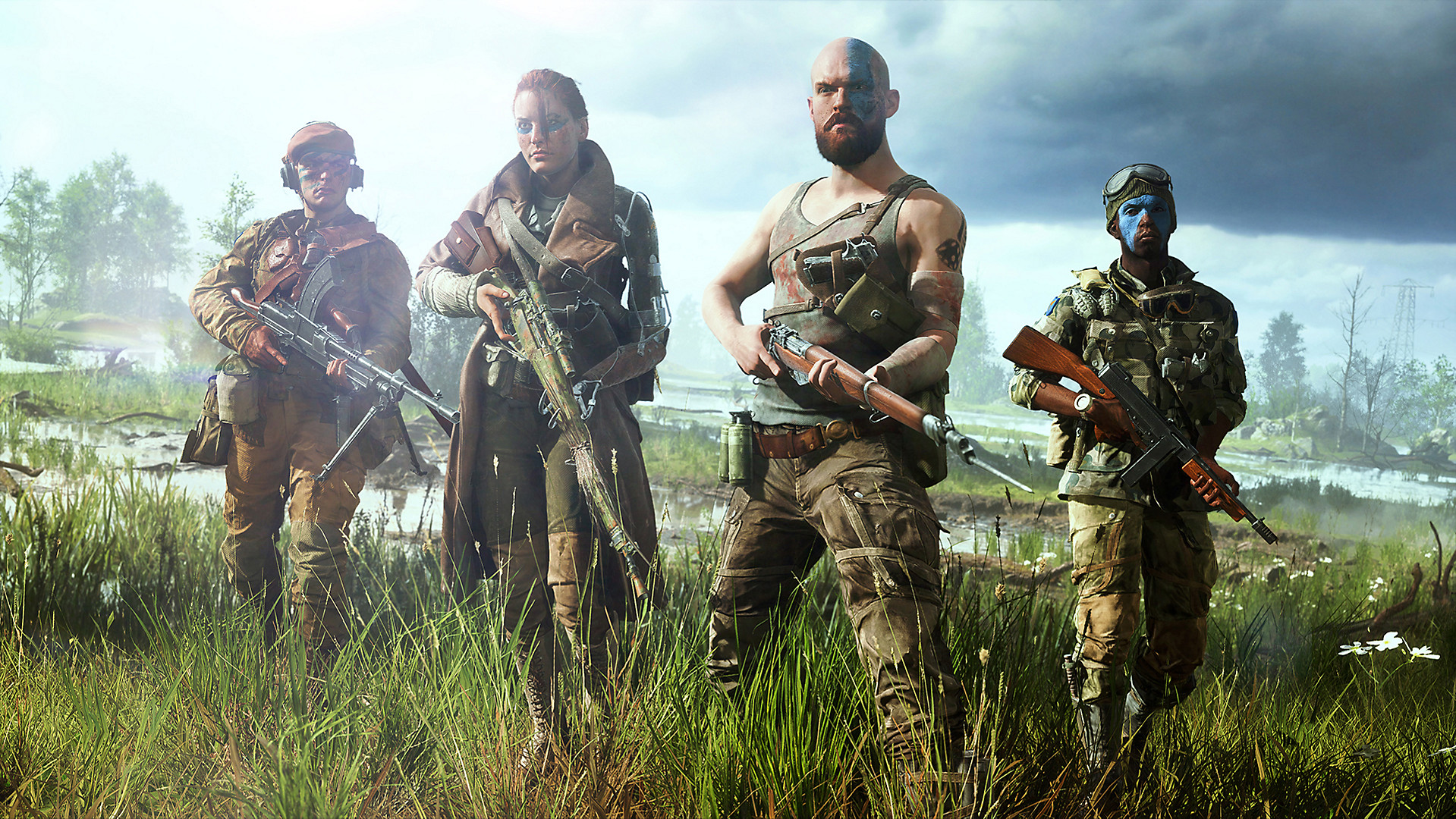 Over on the Multiplayer front, players are presented with the lowest day one map count of any Battlefield game to date, with only eight available from launch. Conquest, Domination, Frontlines and TDM all make a return with little change to their core structure, while Operations now takes place over a set number of days, playing out across different battlefields and providing a large-scale tug-of-war battle than is easily the standout mode at the moment.

When it launched, Battlefield V comically didn’t even have a Firing Range, but that’s since been patched in recently, as has the first instalment of Tides of War, a multiplayer campaign mode.

Yet, despite filling out the content over the last month, Battlefield V’s proposed “Ace in the Hole”, their spin on the Battle Royale genre, Firestorm, isn’t due to go live until March next year, meaning that players won’t have anything resembling the complete package promised during the game’s initial reveals until nearly five months after launch. 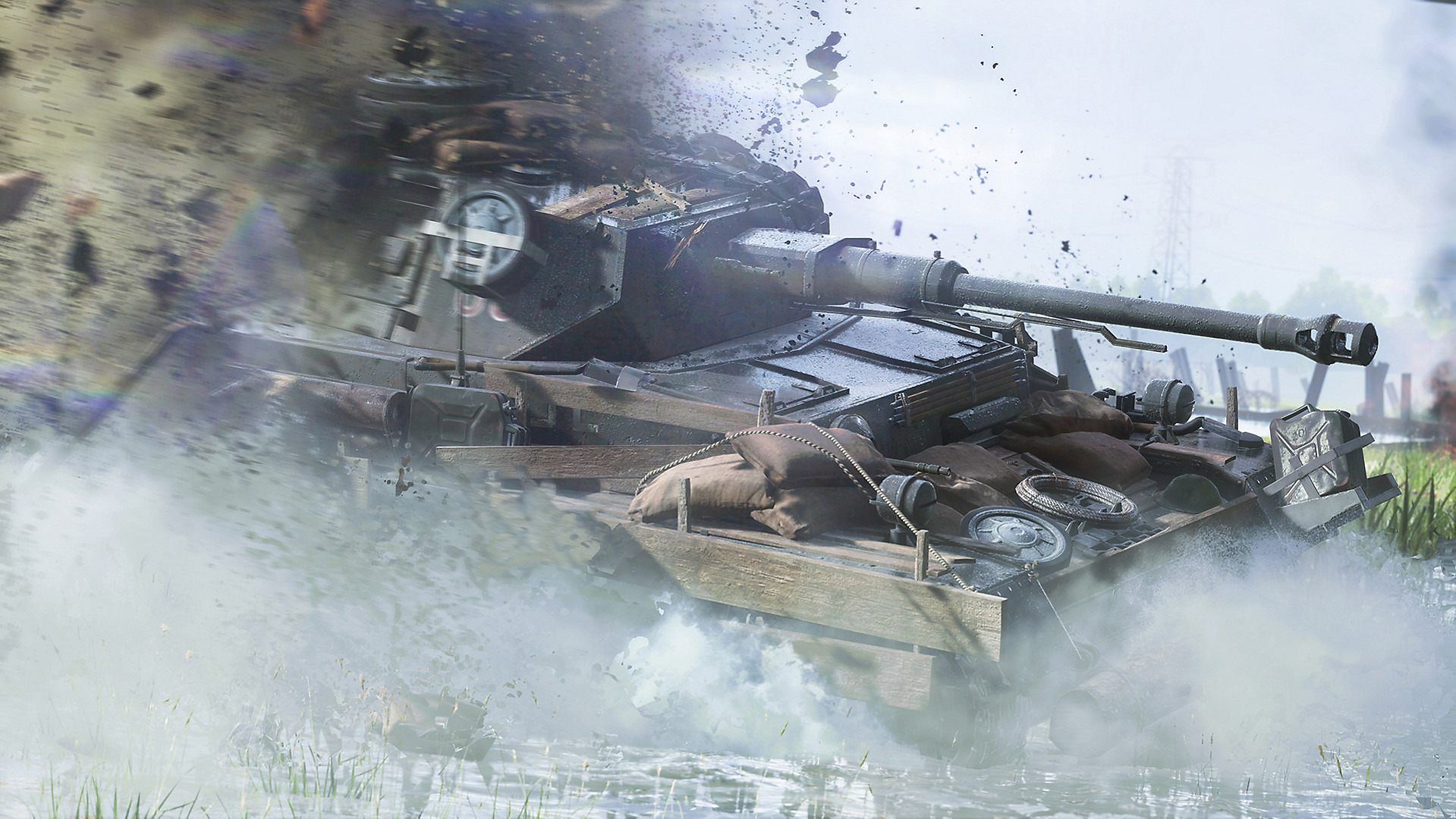 Putting aside the criticism that sending a Battle Royale game mode out during the current reign of both Fortnite and Black Ops 4 is pretty much tantamount to commercial suicide, particularly given that DICE and EA aren’t exactly striking while the iron is hot, the simple fact that both the developers and the publisher considered it acceptable to put this game out in such an unfinished state speaks volumes about the current state of the gaming industry.

Factor in the customisation options, which offer a ludicrous amount of variety for tweaking your loadout, classes and appearance to your heart’s desire, and the fact that they’re bought with Company Coins, which can currently only be earned through playing the game but are already confirmed to be patched in later for real-world purchase, the whole game just reeks of corporate mandates handicapping the potential of a game in order to milk the loyal fanbase out of their hard earned money.

It’s disgustingly transparent and, as a stalwart fan of this series, it really sucks to see monetisation take precedence over simply providing players with a fun –and complete -gaming experience. 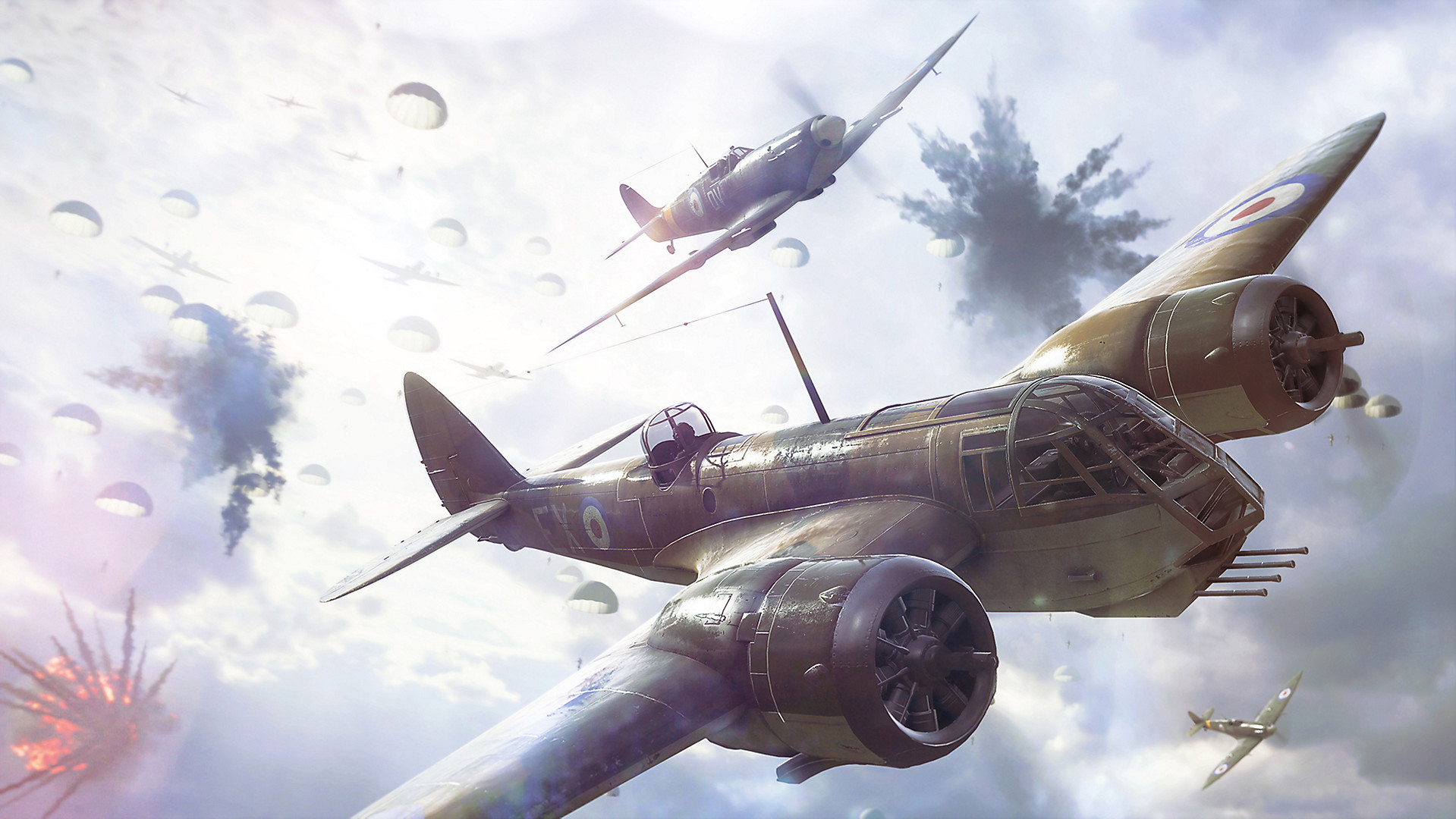 As always, the sound design is exemplary here. From the cries of the wounded to the boom of distant explosions to the crack of gunfire on the horizon, the horrors of War have been perfectly recreated here, which might sound a tad morbid but it certainly helps to add to the level of immersion.

Graphically, well, it’s a DICE game, so you know that things look absolutely stunning. The character models, environment designs and overall level of detail are all of the highest order, which only serves to make it all the more worse when one of the countless graphical glitches occur.

Despite being probably the best looking Battlefield game to date, Battlefield V is also plagued with more visual hiccups than any other game I’ve played in the series – From character models stretching into distended spider creatures to corpses violently vibrating or sliding out of view, tugged by some unseen force, there were more frequent issues with the graphics here than with almost any game I’ve played this year. 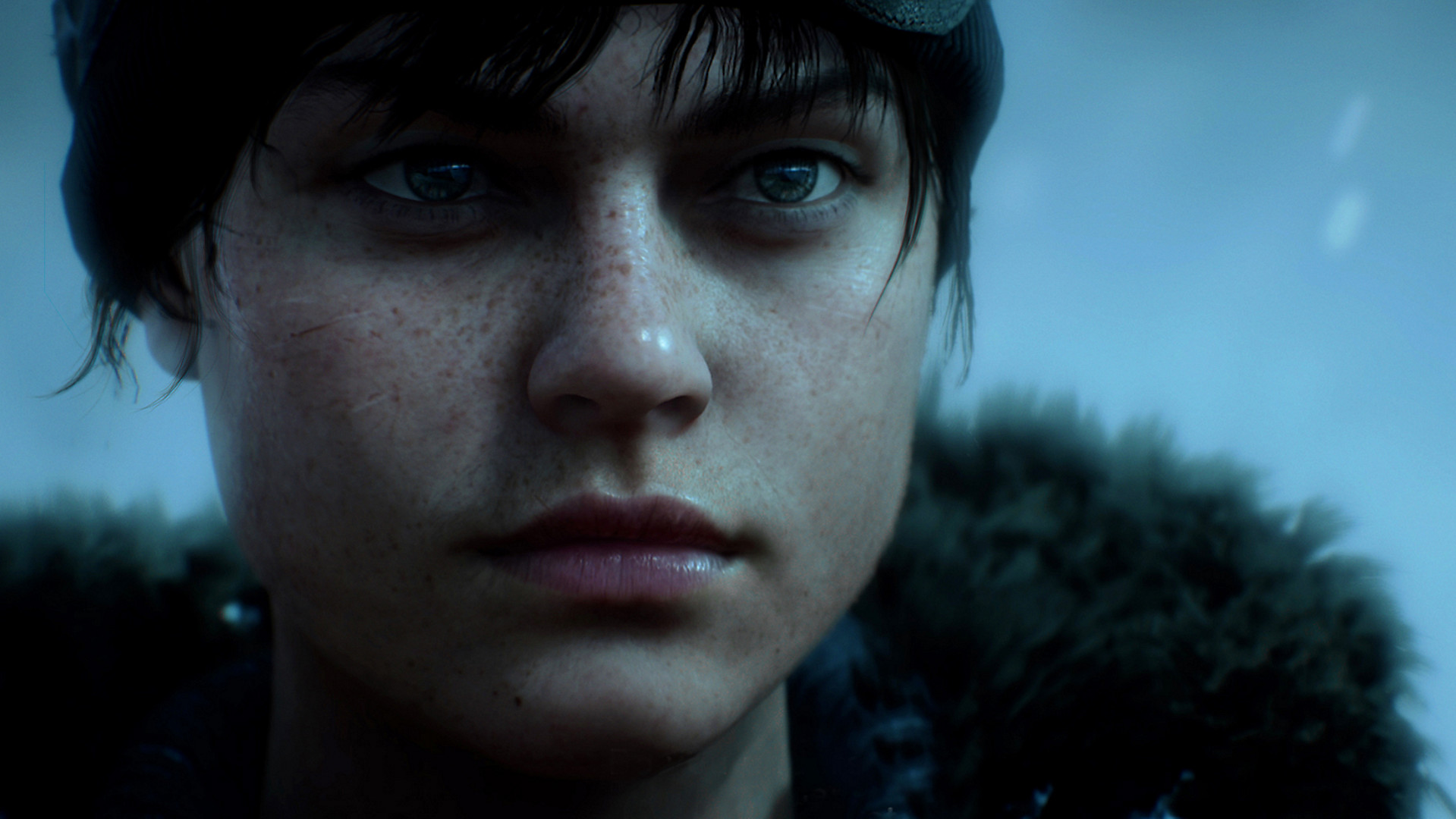 Over the last month, enough content has been added to Battlefield V where it doesn’t feel like you’re picking up a glorified Beta, and the multiplayer modes on offer are as solid as ever, with Grand Operations standing out as the pick of the bunch.

However, Firestorm is still months away and the reduced number of maps, War Stories and overall issues with the build of the game and the multiple glitches and bugs encountered all serve to make this one for the ardent fans only, at least in its current state.

Who knows, maybe Firestorm will set the world alight when it drops and the steady trickle of content will eventually provide the most robust and fulfilling Battlefield experience yet, but at the moment EA and DICE seem to have lost sight of what made this series a true contender for the FPS crown, and both the gameplay and the content are suffering as a result. 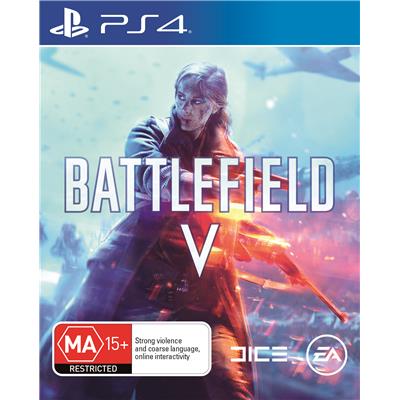