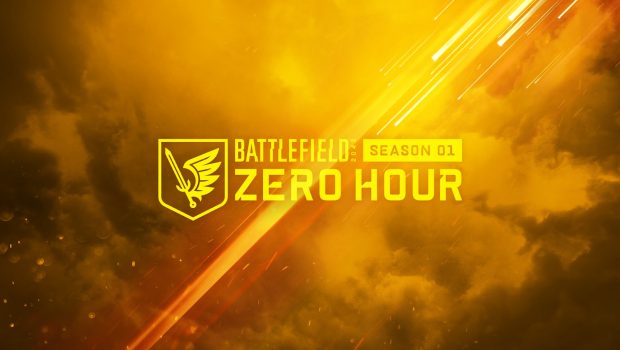 BATTLEFIELD 2042 TAKES THE FIGHT TO THE MOUNTAINS IN SEASON 1: ZERO HOUR

Electronic Arts and the Battlefield team revealed Battlefield™ 2042 – Season 1: Zero Hour,  the game’s first season of post-launch content. Available June 9 on all supported platforms, this season features a new map with vertical thrills, a new Specialist, as well as tactical additions to the player’s arsenal of weapons and gadgets.  These core content additions are freely available to all players as part of Battlefield 2042’s new Battle Pass*. Additional cosmetic items – including legendary skins and melee takedowns – are earnable through a Premium version of the Battle Pass**.

In Zero Hour, players can head to the Canadian Rockies and traverse the vertical terrain in the new Exposure map. Ground-to-air combat, as well as tight infantry fights, await within caves and among mountain ridges. Exposure will be available in All-Out Warfare and Portal when Season 1 launches.

This new season introduces Ewelina Lis, Battlefield 2042’s newest Specialist, a renowned vehicle-killer exceptionally skilled at tracking down and destroying armored land vehicles and aircrafts. Lis’ rocket launcher, which fires remote-controlled missiles for pinpoint accuracy, and the valuable-intel providing Armor Hunter trait make her a deadly foe to any vehicle on the ground or in the sky.

Zero Hour also adds new vehicles and items to collect. Pilot the new RAH-68 Huron and YG-99 Hannibal Gunships, equipped with radar deflection and advanced defensive capabilities. Choose from regular, light, heavy, and explosive ammo with the Ghostmaker R10 Crossbow and adapt to different combat situations. Take out enemies from afar in All-Out Warfare with the BSV-M Marksman Rifle, ideal for mid-range combat. Lastly, use the new Smoke Grenade Launcher in both offensive and defensive situations to open up new windows of opportunity and lay down extra cover for your squad..

Zero Hour brings with it a continuation of fixes across patches since Battlefield 2042’s launch, targeting stability, gameplay balance, gunplay, vehicle handling, performance and more – as outlined, alongside the pillars of our long-term support, in the recent Development Update.  Battlefield Portal players will see the return of some iconic vehicles and experiences. Creators can look forward to a new game mode preset and expanded rules editor functionality.

For more information on Battlefield 2042’s editions, Dual Entitlement for current-gen purchases, the EA Play and EA Play Pro subscriber offerings and all other details on the game, visit https://www.ea.com/games/battlefield/battlefield-2042 or follow the game on YouTube, Twitter or Instagram.