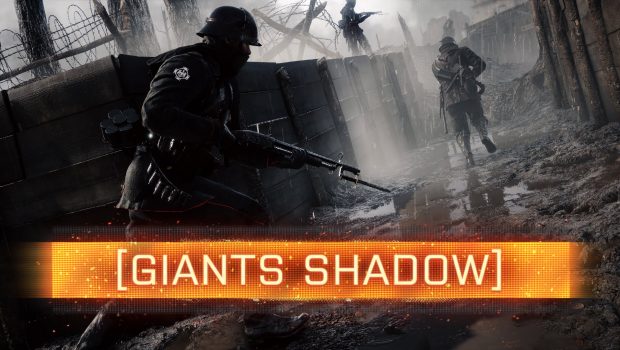 In Giant’s Shadow, players can expect fierce combat on the open ground and river banks alongside the Cateau-Wassigny railway, try out the new Support class gadget – the Grenade Crossbow – and turn the tide with an armored train. Also included in the update is a new Spectator Mode, where players will be able to join a live Battlefield 1 match as an observer, enabling them to switch between first-person and third-person camera views of all players, get a bird’s eye view of the action, or use Free Cam to fly through the map. Additionally, a new Custom Game option, Standard Issue Rifles will be coming to Battlefield 1. In Standard Issue Rifles, all classes are granted access to their faction’s standard issue rifle only, providing players with gameplay inspired by the WWI trenches.

Watch the Giant’s Shadow Trailer here and visit the Battlefield 1 blog to learn more about other balancing fixes and gameplay tweaks have been made based on community feedback.