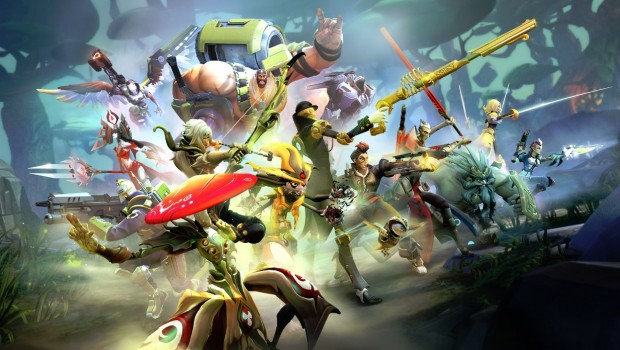 Today, 2K and Gearbox Software revealed that Battleborn’s Story Mode will take a TV-style approach to its format where you and your friends, as the commander of the Battleborn, are the stars of every episode. 2K and Gearbox think of May 3rd as Battleborn’s series premiere, because the game’s Story Mode is structured just like some of their favorite episodic television shows. Collectively, the “season” included with the game has one large over-arching story spanning eight episodes (plus a prologue), and each episode tells a self-contained story about your heroes’ fight to save the last star, Solus. You can get a glimpse of this story in the new Battleborn – Live Together or Die Alone Story Trailer, which can be downloaded or embedded using the links below.

You can read a lot more about Battleborn’s TV-style Story mode, including what players can earn and unlock by playing each episode, on the official Battleborn blog.

You won’t have to wait long to give Battleborn’s episodic story a try, as today 2K and Gearbox Software announced that Battleborn’s Open Beta begins on April 8th on PS4 and April 13th on PC and Xbox One. The Open Beta will include access to two story episodes – Void’s Edge and The Algorithm – two of the game’s three competitive multiplayer modes – Incursion and Meltdown – all 25 playable heroes, loot, gear, and the game’s full progression systems.

You can find out everything you need to know about Battleborn’s Open Beta in this aptly named post on the official Battleborn blog.

Battleborn is rated ‘M’ in Australia and New Zealand and launches on May 3, 2016 on PS4, Xbox One and PC.

The YouTube link to the Live Together or Die Alone Story Trailer can be found here.