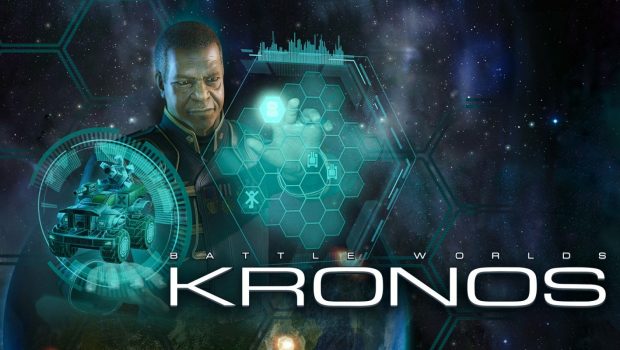 Inspired by the classic turn-based combat strategy games, Battle Worlds: Kronos, by King Art Games, provides a high difficulty combat strategy experience not for the faint of heart or short of patience.

As the world is torn apart by war following the succession of a new emperor, Battle Worlds: Kronos places you as the commander-in-chief, charged with keeping the planet safe. At least that is the premise on the website… the poor-quality cut scenes and painful in game story told through generic characters, static art and silent text-boxes makes it really hard to engage with the storyline. But thankfully, this is a just a loose excuse to provide nicely varied campaign missions for this very challenging combat strategy game. If you are here for the story you are in the wrong place, but if you want challenging and deep test of your strategy and tactics then read on. 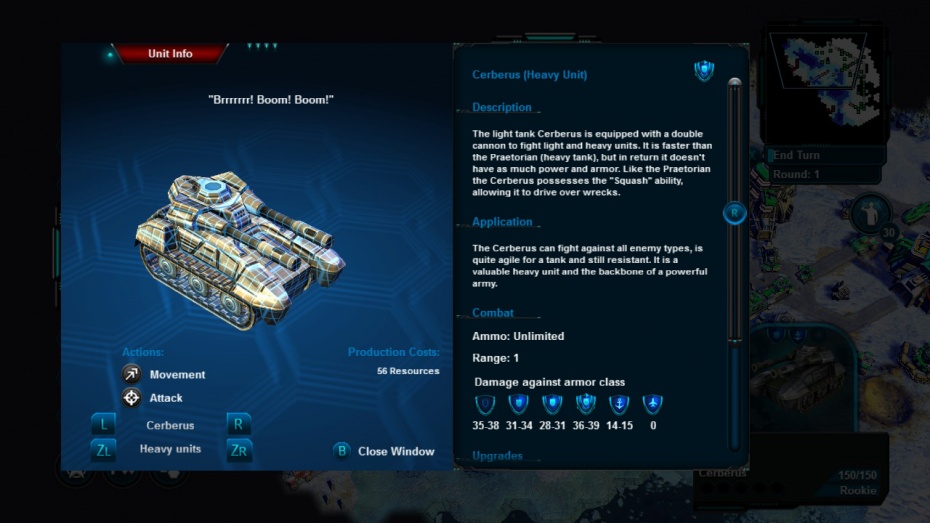 Originally jump-started by a successful Kickstarter campaign, this game uses a traditional hexagonal based grid, as opposed to a square, providing a level of depth to the discerning commanders amongst us. This grid gives you 6 choices of direction for your units, providing added choices in the direction your forces move and tactics you use as you can surround and overwhelm your opponent’s when you get things organized just right. This complexity of options is a theme of the game, as you fight epic battles against strong AI opponents in three huge campaigns, with well over 60 hours of gameplay. The game is easy to learn, but very hard to master.

The game starts with a pop-up message saying that this is going to be difficult, and 1 mission in I could tell that they weren’t kidding. Battle Worlds: Kronos places a focus much more on combat and unit management, rather than construction and resource gathering. You always feel under resourced and under manned, which means that you have to win with smart tactics, maneuvering and strategy. Kronos is all about using your large variety units (over 50) across land, air and sea to the greatest possible effect. In order to win, you will need to consider factors like the positioning of units, attack range, armament and equipped upgrades. Each mission has multiple goals and will take well over an hour to complete, and will require restarting many times as you must work your way through the right strategy. As there isn’t many ways to modify your army, it really is a test of combat strategy. 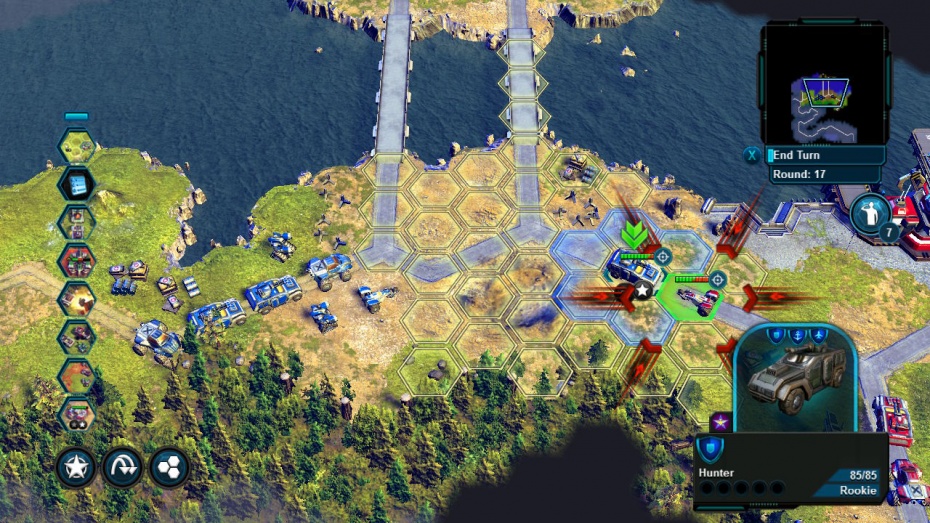 The graphics are relatively basic and have a game rather than realistic quality to them. The sides are noted in bright, distinct colors which helps keep the focus on the combat strategy. Unfortunately, the visual representation of different unit types is not always as distinct as it needs to be, making it hard to tell which is which, especially on a crowded battlefield. This is worsened when the deep black smoke graphics from exploded units makes the visual detail even more unclear.

The audio feels noticeably absent. While there are some music tracks, they play very infrequently, leaving your with just a ‘wind’ audio and annoying unit movement sounds to keep you entertained. As total time on each level ticks past the hour, I certainly wished there was some music to keep the game feeling lively and atmospheric.

While the game plays smoothly, the less than stellar interface makes the game a little clunky at times. This becomes very evident when you are dealing with larger armies as the campaign evolves. The buttons can be very reactionary, and with no undo button I often found myself wasting valuable moves by accidentally pressing the wrong square. With one action left there is nothing worse than accidentally sidling up next your enemy to say ‘hi’ rather than blowing them up! This is complicated by some units giving you a massive red target for shooting, and with others having their shoot icon looking the same as their movement sign. In addition, moving each unit one-by-one can be a very slow process and certainly might break the will of the less focused among us. 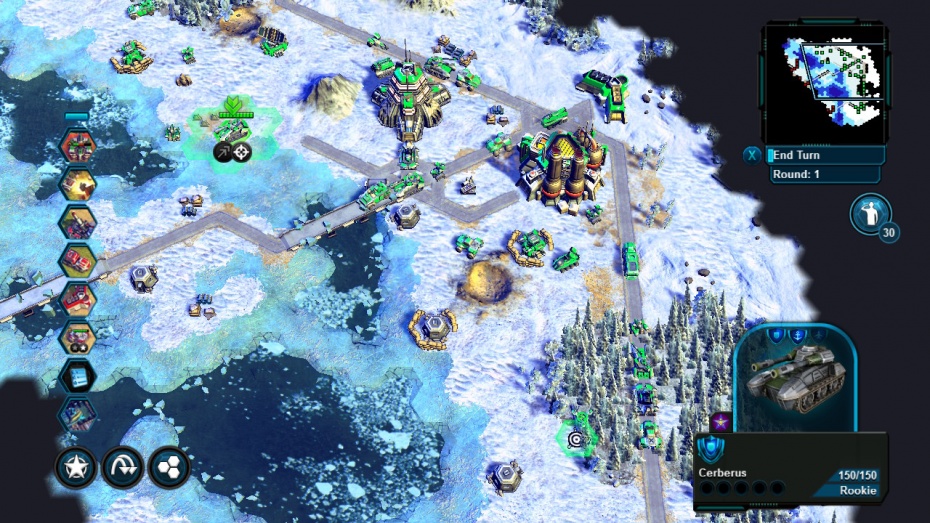 For combat strategy fans who revel in difficulty and challenge, this game is a fantastic opportunity to perfect your tactics. The missions are long, complicated and will require multiple attempts to earn those all important medals and sense of accomplishment. For those short of patience or who don’t like repeating missions, the basic graphics, poor storyline, and limited music will keep you away.