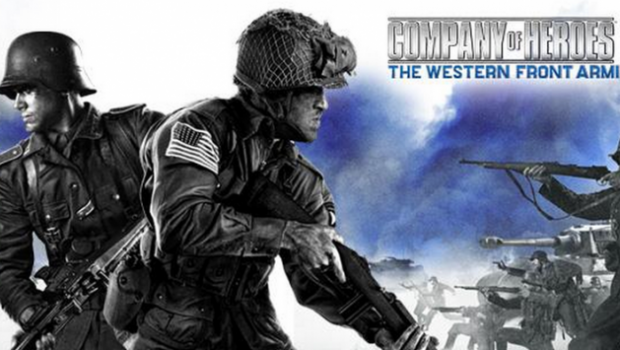 Each individual army will also be available as a standalone purchase via digital download, providing new players with a minimal entry point into the massive Company of Heroes 2 multiplayer community, regardless of which content they own. All Company of Heroes 2 players can then battle across 31 maps (along with more than 1000 community maps available on Steam Workshop) in auto-match multiplayer.

The addition of US Forces has been the most requested army since Company of Heroes 2 first launched, by a large margin.Each new army has distinctive tactical gameplay options, new infantry, team weapons, vehicles, abilities and upgrades on a total of eight seasonal multiplayer maps set on the Western Front. They have been carefully balanced to ensure optimal game play with previously released armies.

Battle–hardened and fielding some of the most impressive heavy armor yet seen, the technical prowess of Germany is on full display. The Oberkommando West is a devastating force equipped with a new generation of super-heavy tanks, repeatedly counterattacking the US Forces attempting to drive into the heart of Germany.

Suffering from combat fatigue and spread out on enemy soil, US Forces have fought their way deep into Europe, driving back the German war machine. An army made of citizen soldiers; they have been pitted against a hardened professional military with over four years’ experience. Facing the best Germany has to offer, the US Forces fight desperately and viciously to expand the frontlines.