Summary: That showdown has arrived... the Bat versus the man in the cape, who will win and what will become of Gotham and Metropolis?

The controversy… the Legend… Batman Versus Superman: Dawn of Justice! I will be honest up front… I was initially skeptical about Ben Affleck as Batman… but that actually quickly disappeared when I thought about who Batman is… or more correctly who Bruce Wayne is… a bold, self confident person with a strong personality. I think Affleck works well. I will be very polarising here and state that I actually like this version of Superman (and I’m referring to the preceding movie here as well). I know many people don’t like the “moody hobo” Superman but I really enjoy seeing the character fleshed out as more than just an alien god… but rather someone who has been raised to be a human, raised with down to earth (no pun intended) morals and who, if they really existed, quite reasonably be expected to suffer from a moral quandary as they consider whether to use their powers and how. 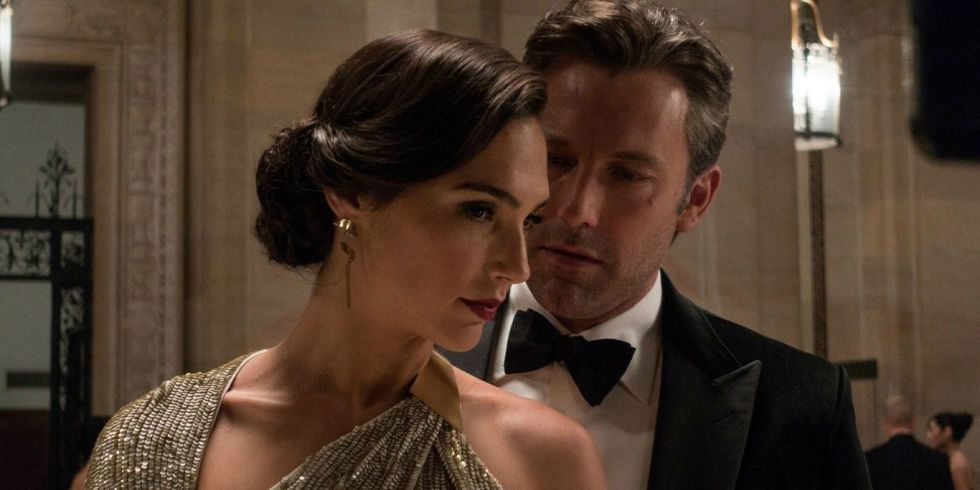 The other thing is… yes, this movie is long, it’s a touch over 3 hours long. I do think it could have done with some generous editing, there are scenes that just don’t seem all that required. One scene that comes to mind involves some police officers who are receiving a call to attend a crime but they hold off heading off until they get the results of the sporting event they are focused on… I kept waiting to see the link… to catch some clue as to why that scene was so important… but I didn’t get it. That’s not to say there wasn’t some special hidden meaning or perhaps it’s a tip of the hat to a comic I haven’t read… but the point is for the average cinema viewing audience that scene held no real significance and probably ran for a minute or so (at least it felt that long)… so in and of itself it’s not much, but add those scenes up and you can cut that 3 hours down quite reasonably. 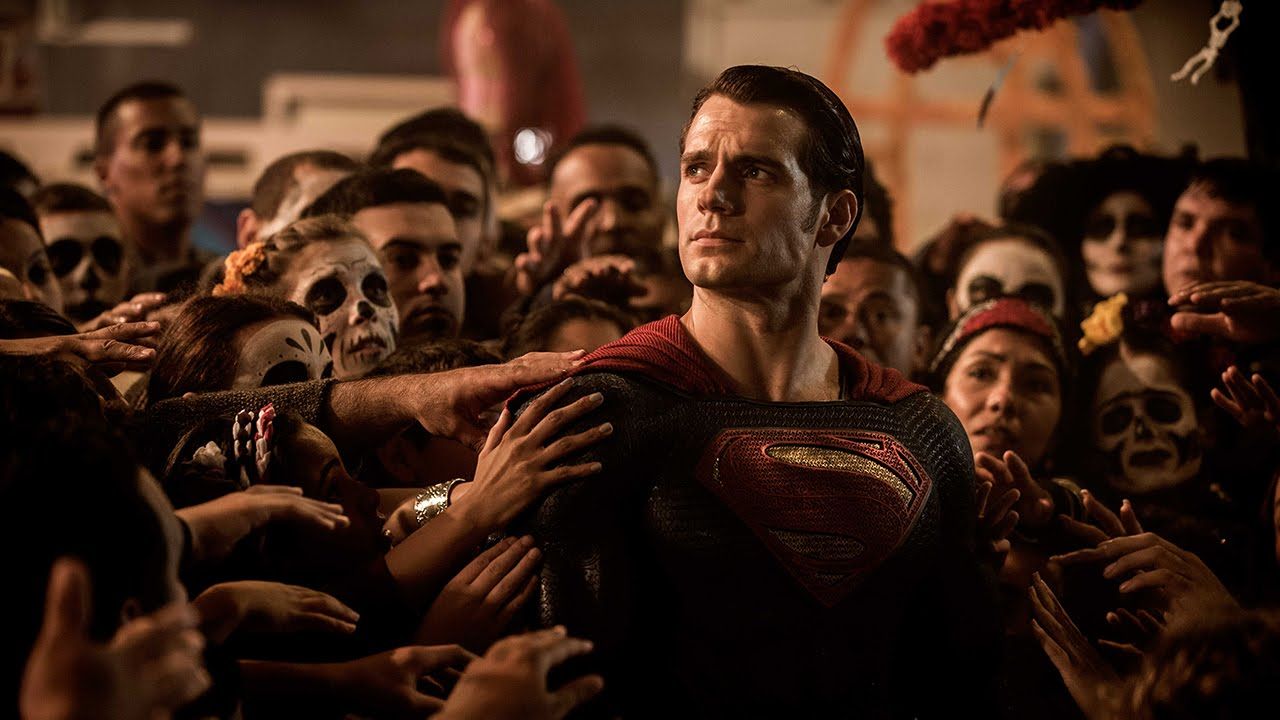 Having said that… I appreciate that Zack Snyder wants to tell the story as completely as possible. There are definitely scenes with clues in them or references to the wider DC universe. I particularly liked seeing the graffitied Robin Suit in the Bat lair… hinting at the backstory that brought Batman to where he is here. 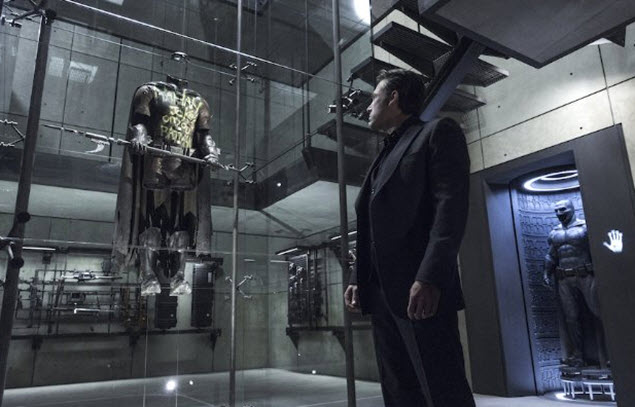 I have to also say that if you were like me and concerned about Jesse Eisenberg’s portrayal of Luther after seeing the trailer (for me it was that he seemed to be putting on a squeaky voice), you don’t have to worry… he plays it as a clearly intelligent (arguably genius level) but arguably insane young man trying to make his mark on the world. This does also lead to another issue that is either large or not depending on your perspective. 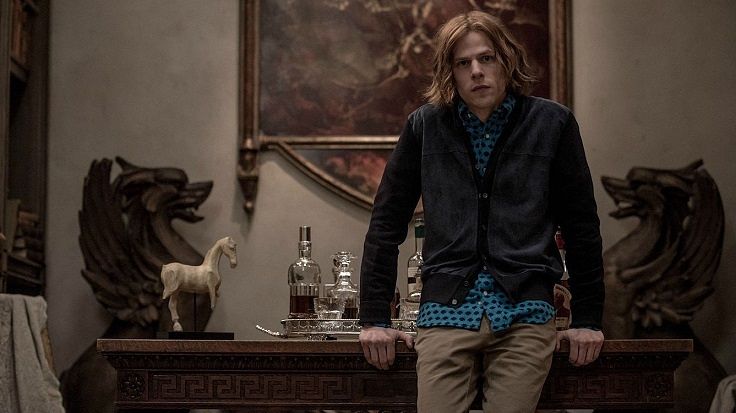 Luther’s intentions are pretty well clear by about the first third of the movie… normally that’s not too bad but when you consider in this case that means that within the first hour you know what’s happening (to a large extent)… you have around two hours to get to the end point you can see coming. There are some interesting things between the two events… but it still seems a long wait after giving away the intentions (I’m trying not to spell it out though it won’t take you too long when you watch). 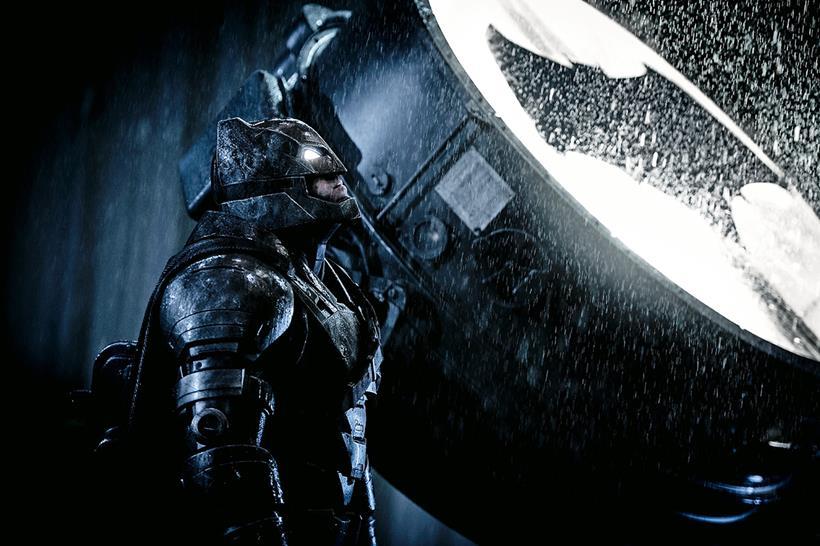 So do I jump on the “let’s hate Snyder’s Dawn of Justice” bandwagon… no! I don’t hate it… I actually liked it. It is flawed and does run longer than it needs to but it doesn’t drag horribly in any part. I particularly liked the reveals of some of the Justice League members Cyborg being my favourite (sorry if that’s a spoiler… he doesn’t really “feature” in this film so I figure it should be ok).

I can only imagine that people will continue to dislike this version of Superman no matter what film he is in (I think Cavill makes a great Superman either way), people have got it in their heads that he has to be more bright and cheery… but this is a darker Superman… one who feels and is concerned about his place in the world. 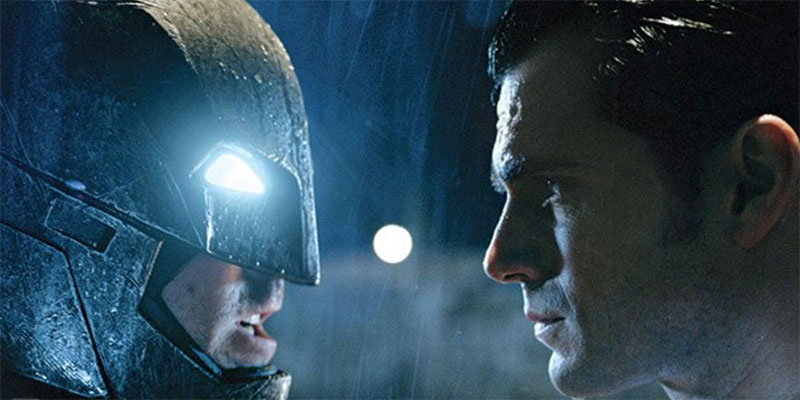 I think Affleck came out of this reasonably well as Batman and Snyder got around the whole “Bat voice” issue very well (a clever way to avoid issues about “raspy Bat”.)

I don’t really know how to recommend the film though… I am well aware of the “up in arms” vocal fans who are too keen to hate it, I can see where they are coming from but at the same time I actually think some of the things that people hate about the film are actually quite good and show more depth (again most notably Superman having feelings beyond like Lois Lane). Perhaps I just need to say… if you are a die hard fan who needs to see their hero/es in a specific manner and no alternate telling is acceptable, give this a miss. If you like your superhero stories and accept that (even in comics) there are alternate tellings of the characters then there is a lot to like in this version. It might have been nice to have a shorter cut of the film on the same disc but I’ll go for the directors intended version over any other (most of the time). 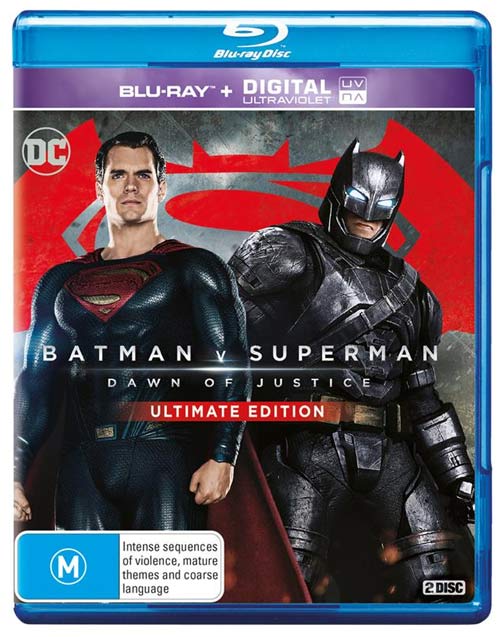