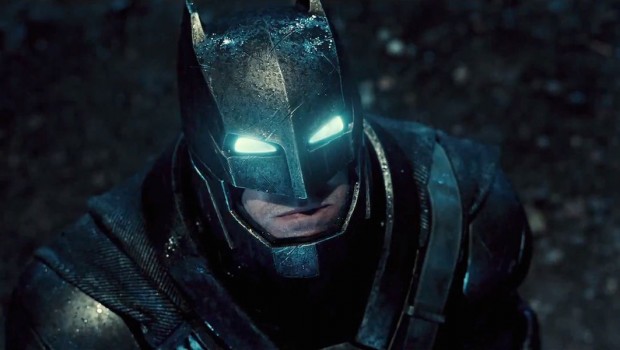 At the end of the video game Batman: Arkham City, the Dark Knight makes a confession to one of his enemies who is dying from a virus. “Even after everything you’ve done, I still would have saved you”, Batman tells him. In one sentence the dialogue stirringly captures the essence of the longstanding comic book character, in particular how merciful he is to his criminals opponents. In the earliest Batman comics, the character killed people but in all the recent interpretations, the best being the Christopher Nolan films and the Arkham video games, Batman has upheld his one moral rule. He refuses to kill the villains he encounters because executing them would reduce him to their level of criminality. In The Dark Knight (2008) film, Batman and the Joker shared a dramatic personal conflict that was as powerful as a physical contest. Having an immovable adversary that continually challenged Batman’s moral values became a psychological obstacle that threatened to destabilise his character. Evidentially from this disappointing follow-up to the Superman film Man of Steel (2013), not Nolan’s excellent trilogy, someone forgot to give director Zack Snyder (300, Man of Steel, Watchmen) the memo on Batman’s nuances. His shapeless and poorly cut blockbuster dispenses Batman’s moral code and consequently demotes the character into an unlikable, fascist killing machine. The poor interpretation is one of several ideological and creative miscalculations and marks a false-start for Warner Bros’ shared DC movie universe.

Dawn of Justice’s aim of reshaping our image and understanding of Batman is squandered under the weight of its incoherent and undisciplined narrative. A transformation of Batman’s code of ethics would make for a fascinating story arc but would also require tight narrative control to justify the change. Disappointingly, from the very opening scene it’s apparent that Chris Terrio and David S. Goyer’s script is regularly at war with context. It’s poor to open the film with Bruce’s parents being murdered, not only because this is already well-trodden ground but also because the trailer for the upcoming Lego Batman Movie at the screening hilariously parodied Batman’s fixation on his parents’ death and highlighted how overused this device has become. Contrastingly, crucial new information in Dawn of Justice is badly explained, such as an early scene determined to bridge the film with Man of Steel’s climax. Bruce Wayne speeds through Metropolis because he owns a building that is destroyed during the same Superman and General Zod fight that ended the film. This is a contrived and clumsy way of shoehorning Bruce Wayne into Superman’s story since we didn’t know he owned property outside of Gotham City. Likewise, the film’s editing from this scene onwards fragments the narrative into a jumble of story threads, locations, characters, MacGuffin devices and dream sequences so hopelessly convoluted and patchy that the characters and plotlines don’t develop with clarity. Details such as Batman’s decision to brand criminals and his fear of Superman are vague and sketchily drawn and aren’t made any clearer by a ridiculous dream sequence in the desert. Though initially overplotted, the story’s focus only finds cohesion once it narrows and wilts into a generic rescue mission and a derivative CGI boss fight, which many have already seen in the film’s trailers. 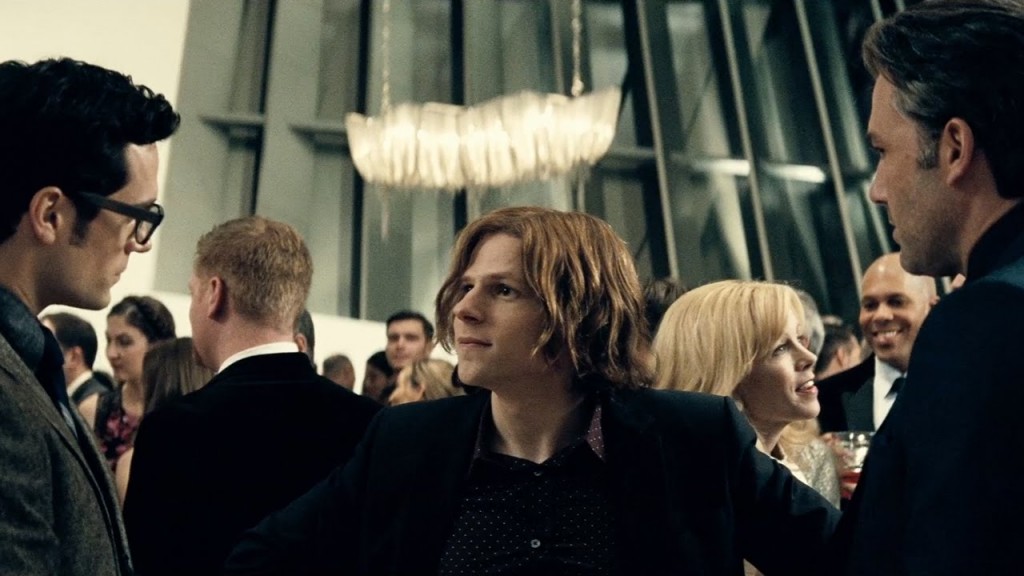 Compared to how much love Star Wars: The Force Awakens had for all its characters recently, Dawn of Justice is in a league of shadows. The film’s antagonist Lex Luther, Superman’s archenemy, is confusing and underdeveloped rather than a source of tension or an intimidating villain. Played by Jessie Eisenberg (The Social Network), Luther is like a babbling and hyperactive Google employee, whose daddy-issues involving East Germany provoke him to pitch Batman and Superman against each other. But Zack Snyder’s carelessness is amplified foremost with the treatment of Batman, where he has forgotten that the Dark Knight is an intellectual detective as much as a street fighter. Here Batman is too much of a lumpen to realise Lex Luthor is playing him against Superman, which is implausible given how intelligent this character has been in the past. Similarly, watching this Batman’s actions, particularly in the hyped showdown with Superman, doesn’t feel like a character we recognise. True to numerous plot holes and gaffes, the huge brawl could have easily been avoided with a brief conversation and explanation between the two characters. But Zack Snyder felt that Batman wasn’t mean-spirited or brutal enough either because he has turned the character into a mindless killing machine that crushes people with his car and blows up his enemies. This travesty offers no contest to the detail of Nolan’s films where Batman would navigate an environment, such as the tower block sequence in The Dark Knight, to avoid killing his enemies. Even the recent Arkham Knight game found non-lethal approaches to its combat. Snyder’s few action set pieces, as most of the film is dully chasing down leads, seems lazy, unimaginative and tensionless, the ugliness of which is compounded by the same muted colour tones that weighed down Man of Steel. 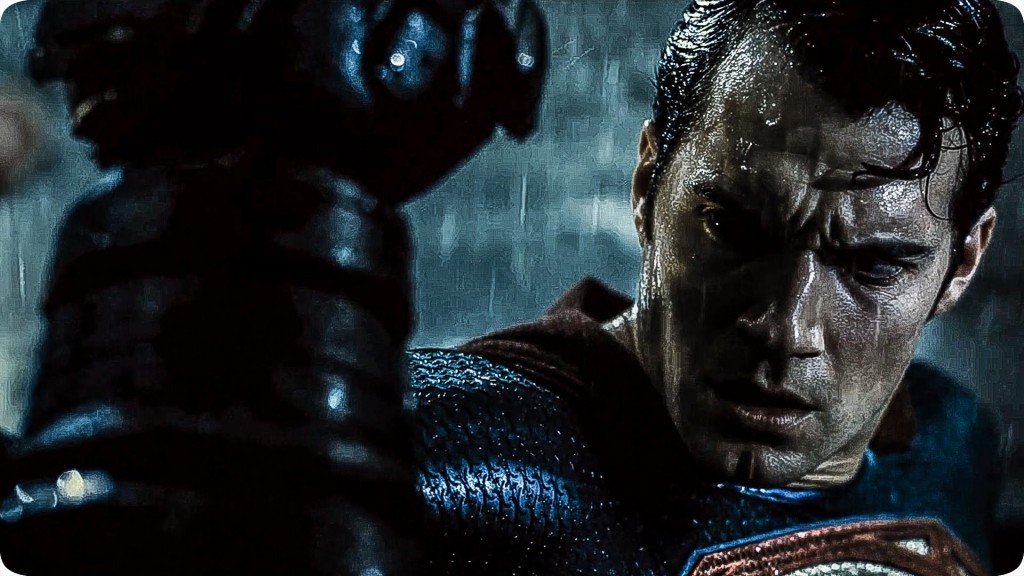 Zack Snyder’s incompetence extends to how he directs the actors, each of whom seems to be working off different pages. While Ben Affleck is an accomplished director, his emotionless face is a wooden obstacle regularly hindering his charisma levels as Bruce Wayne, which leaves himself and the equally inexpressive Henry Cavill as Superman as little more than square-jawed. Amy Adams tries her best to bring emotion to Lois Lane but watching her is a reminder of how far she is above the material. Jessie Eisenberg is trying to channel Jim Carrey here with an eccentric, high-energy performance that is unfortunately bogged down by rambling dialogue and little danger. The introduction of Gal Gadot’s Wonder Woman and some side heroes, is awkwardly stitched into the plot and doesn’t provide her character with enough backstory or context. These actors are in a confused product with equally questionable political aims. By diluting Batman’s complexity and moral values, the film has an uncomfortable set of right-wing principles that tip Batman from a vigilante and into the fascist actions he once resented, thereby further extending the careless destruction of Man of Steel. Perhaps the one interesting question the film poses is about whether a person can be all good and powerful at the same time. But when enemies are mindlessly killed and the film resorts to a giant monster to slay, already seen in the trailer, then these questions don’t matter. It becomes about big, useless special effects, not the characters or personalities, which is another way that Snyder has proven his adolescence and why this disappointment isn’t the right way to kick-start the Justice League franchise.

Summary: Dawn of Justice’s aim of reshaping our image and understanding of Batman is squandered under the weight of its incoherent and undisciplined narrative.