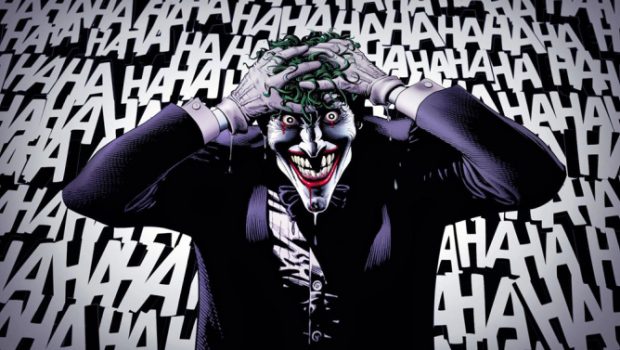 Like all decent superhero movies, the story is only as good as its villain. What can we say, once we get to know what a superhero can do we want to explore the mind of an insane evildoer who has plans for destruction and fun. This could be why the Joker is held as the best villain ever to stride across our comic book panels as well as our movie screens. Since the early 1990s, Mark Hamill has been voicing the well-dressed psychopathic clown, most notably in the Arkham video game series. After a short-lived retirement of voicing DC’s best criminal, Hamill has decided to come back as the makeup wearing crim, who’s now escaped prison to terrorise Gotham while trying to prove a sick point, and of course annoy the shit out of Batman.

Based on the graphic novel by genius and comic god Alan Moore, Batman: The Killing Joke has its dialogue and panels directly lifted from the comic’s pages and transferred onto the screen. We do get the same storyline that the graphic novel gave us back in 1988, but what’s refreshing here is the fleshed out story of Barbara Gordon aka Batgirl (voiced by Tara Strong). Batgirl and Batman (no relation) have formed an alliance to take on Gotham’s criminal underworld in the form of teacher and student. In a style true to the character of Batman (Kevin Conroy) our hero broods his way through teaching an overzealous apprentice the ins and outs of beating the crap out of goons and mob bosses. Batgirl wants to (and can) do more under Batman’s tutelage but the caped crusader keeps her at an arm’s distance. Brian Azzarello’s screenplay does a lot of justice to Batgirl’s character since she’s one of which audience might not be as familiar. We see her on a human level trying to prove herself as a capable vigilante and get closer to Bruce Wayne (spoiler: Bruce Wayne is Batman). The first third of the film is dedicated to setting up Barbara Gordon’s character. Fans of the graphic novel will know why.

The appeal of the Joker over the years could come from his enigmatic ways. He’s the man with all the plans but no identity, until now. Alan Moore took on the risk back in the late 1980s of giving the Joker a backstory on how he descended into madness. Granted, we did see Jack Nicholson portray this reveal in Tim Burton’s Batman but that only scratched the service. In this universe, The Joker is shown as a failing stand-up comedian who takes on desperate measures to provide for his young family. Tragedy and a vat of chemicals chews up whatever humanity that’s left in him and spits out the insane murderous clown we all know and love today. What The Killing Joke gives us is not only an origin story for Joker but also a glimpse into his ideology. It also shows us the messed up lengths the makeup wearing psycho is willing to go, which leads to a lot of blood and a justification for this movie’s adults only rating. This version of the Joker is so blood thirsty and disturbing that he’s now on the same level of creepiness that Tim Curry provided for the clowns in It. 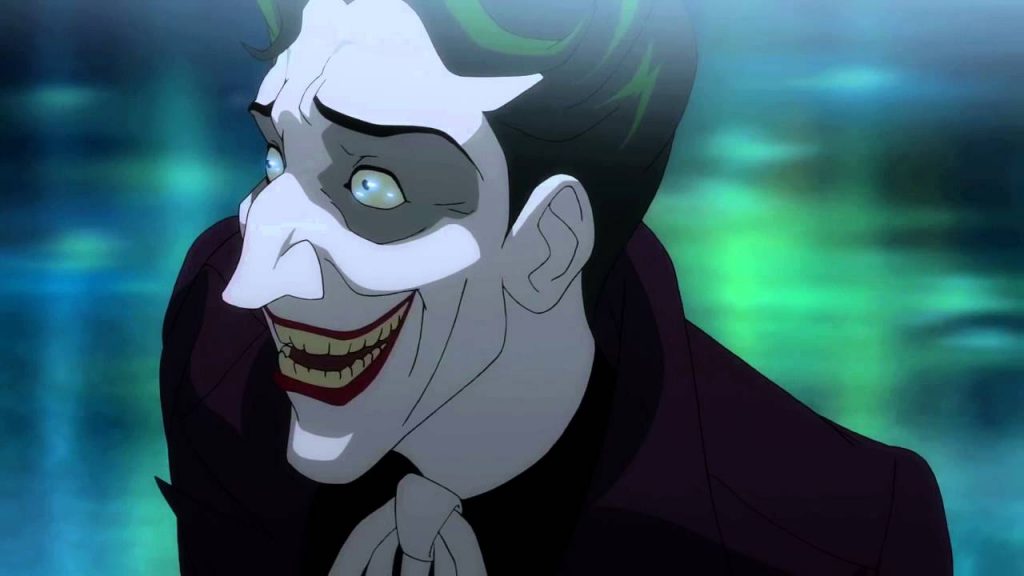 In order to stretch this story out into an 80-minute movie, some extra kernels have been added for the audience to chew on. Most notable is the sexual relationship between Batman and Batgirl, along with the latter talking to her camp co-worker about her “relationship troubles”. This added ingredient not only heats things up story wise but also gives us some much-needed intentional humour considering the dark terrain this movie takes us on. The overall narrative is very typical for a Batman movie. The Joker escapes his cell at Arkham Asylum and turns an amusement park into a personal hell for Barbara’s dad, Commissioner Gordon (Ray Wise), but it’s the lengths Joker goes to that is original and terrifying. The truly disturbing stuff happens when Gordon is forced to go on a real haunted house ride, all orchestrated by Joker and his freak show cronies. Trying to tell the backstory to what is probably the most famous and complex villain in comic book history is risky but it pays off for director Sam Liu, who has directed more than 15 animated superhero movies and TV shows. Fans of the original graphic novel should be pleased with the movie largely holding onto Alan Moore’s dark sensibilities along with some extra treats. The epic music and fight scenes do call for you to watch this with some really good speakers and hopefully a screen bigger than a laptop. Though there is a strong focus on Batgirl’s journey, the most exciting aspect has to be the climax that focuses on the age-old battle of Batman v Joker. And that’s a hell of a lot of fun to watch.

Summary: What The Killing Joke gives us is not only an origin story for Joker but also a glimpse into his ideology.