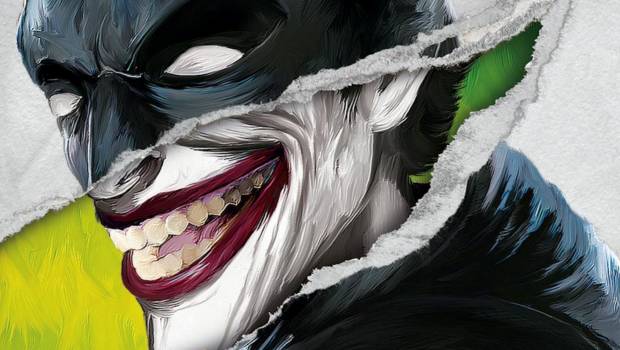 Summary: Batman: The Killing Joke is a successful transformation from the graphic novel to book!

Based on the highly acclaimed graphic novel (aka deluxe comic) of the same name by writer Alan Moore and artist Brian Bolland, this equally impressive novel adaption (or novelisation) is adapted to book form by Christa Faust and Gary Phillips which retells this chilling story of how The Joker almost succeeded in breaking Batman. It should also be noted that the events of The Killing Joke was so powerful for this character that it is now part of the Batman mythology.

Furthermore, Batman: The Killing Joke is a book that can be read by long-term fans of The Dark Knight or those wanting to explore one of the world’s most iconic superheroes. As a result, writers Christa Faust and Gary Phillips give the reader a great insight into not just the psyche of Batman and his arch nemesis, The Joker but also the world that these characters reside in, which is Gotham City. Also part of this story is Batgirl and Commission Gordon of the Gotham City Police Department who both became a pawn in The Joker’s sick story.

Sometimes I remember it one way, sometimes another”, “All it takes is one bad day to reduce the sanest man alive to lunacy. That’s how far the world is from where I am, Just one bad day.
– The Joker (Batman: The Killing Joke)

For long-time fans of the original, you may be wondering if the transition from graphic novel to novelisation was able to do justice to the original work of Moore and Bolland? There are probably two aspects to this answer and while the amazing artistry of Brian Bolland is absent which helped in making the original graphic novel so powerful, there is also a layer of filler which helped pace out the original content but thankfully it worked and didn’t feel like filler.

The book is also split into two parts with the second part of story solely focusing on the devastating events from the Killing Joke. The first part of the story is also a great introduction of the Dark Knight as Batman is investigating the streets of Gotham of a new psychoactive drug called Giggle Sniff and without spoiling the main premises, these stories flow together well. It’s also great that the authors of this novelisation flesh out the world of Gotham City and its colourful characters and while I’m a fan of comics, it’s great reading about these characters in a slightly different medium that helps spark your imagination.

In her darkest, most sleepless hours, she wondered if maybe the Joker wasn’t insane after all… Perhaps it was all just an elaborate act. A complex joke with an unfathomable punchline they might never see coming, if it ever came at all.
– Batman: The Killing Joke

Batman: The Killing Joke Book is a very engaging book from start to finish that not only explores the world of Batman but is a successful re-imagining of a classic Dark Knight story that doesn’t stray too far from the primary themes but rather, pays homage and builds upon this. While the original graphic novel still holds a special place for most people and myself included, this novel still delivers a thoroughly enjoyable read from start to finish without it being convoluted or confusing, including some clever Easter Eggs thrown into the mix. Lastly, it’s quite scary seeing what makes The Joker tick as he seriously ups the psychological torture to Batman and his supporting cast. 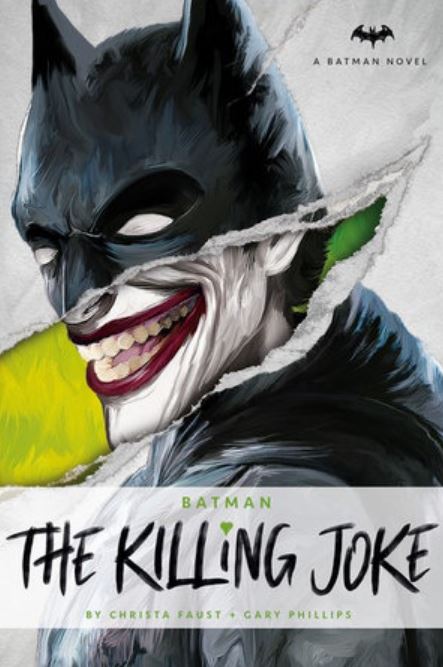