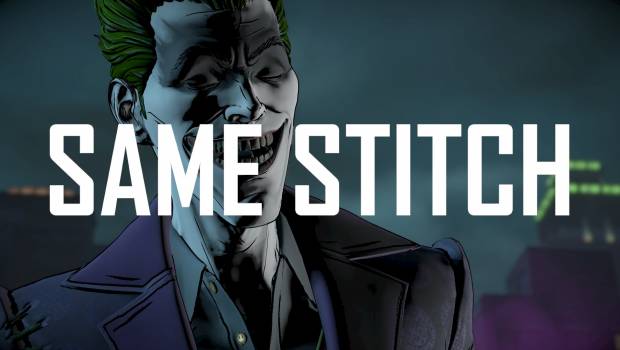 Batman The Enemy Within – The Telltale Series: Episode 5: Same Stitch

Summary: John Doe, Harley, Waller and Batman are all set on a collision course. Who will come out on top?

So we are finally here… the last episode of this series of Batman The Telltale Series. It’s been a roller coaster ride of emotions… working undercover with some of Gotham’s biggest criminals while working for The Agency and it’s shady motives. We’ve lost friends along the way but also gained allies, bonds have been formed and others broken. If it is indeed true that it’s not so much the destination but the journey that really matters, this game shows that very well. Upon reaching the end of the game and getting the statistics of your play through compared to others and with the hints at what other choices might have lead to you realise just how important your journey was. 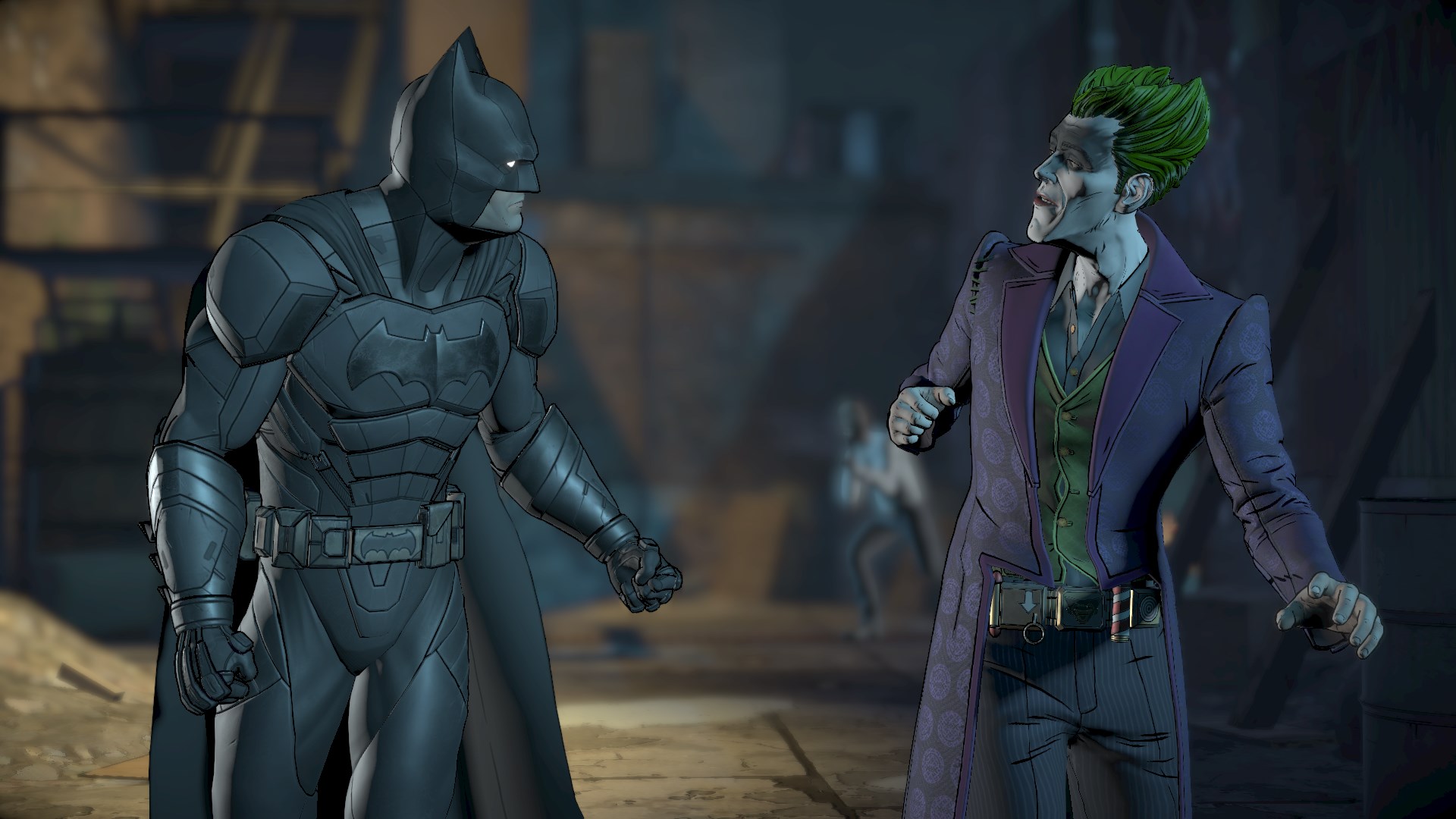 There are a lot of big events in this episode… then again there have been plenty of big events pretty much every episode (testament to Telltales story pacing). But this episode takes your choices and gives them a dose of Venom forcing you to make arguably the toughest decisions you will ever have to make (the last one being the most important of all). It’s not just your body that’s on the line, it’s also your heart and you have the choice as to whether it gets destroyed or saved. 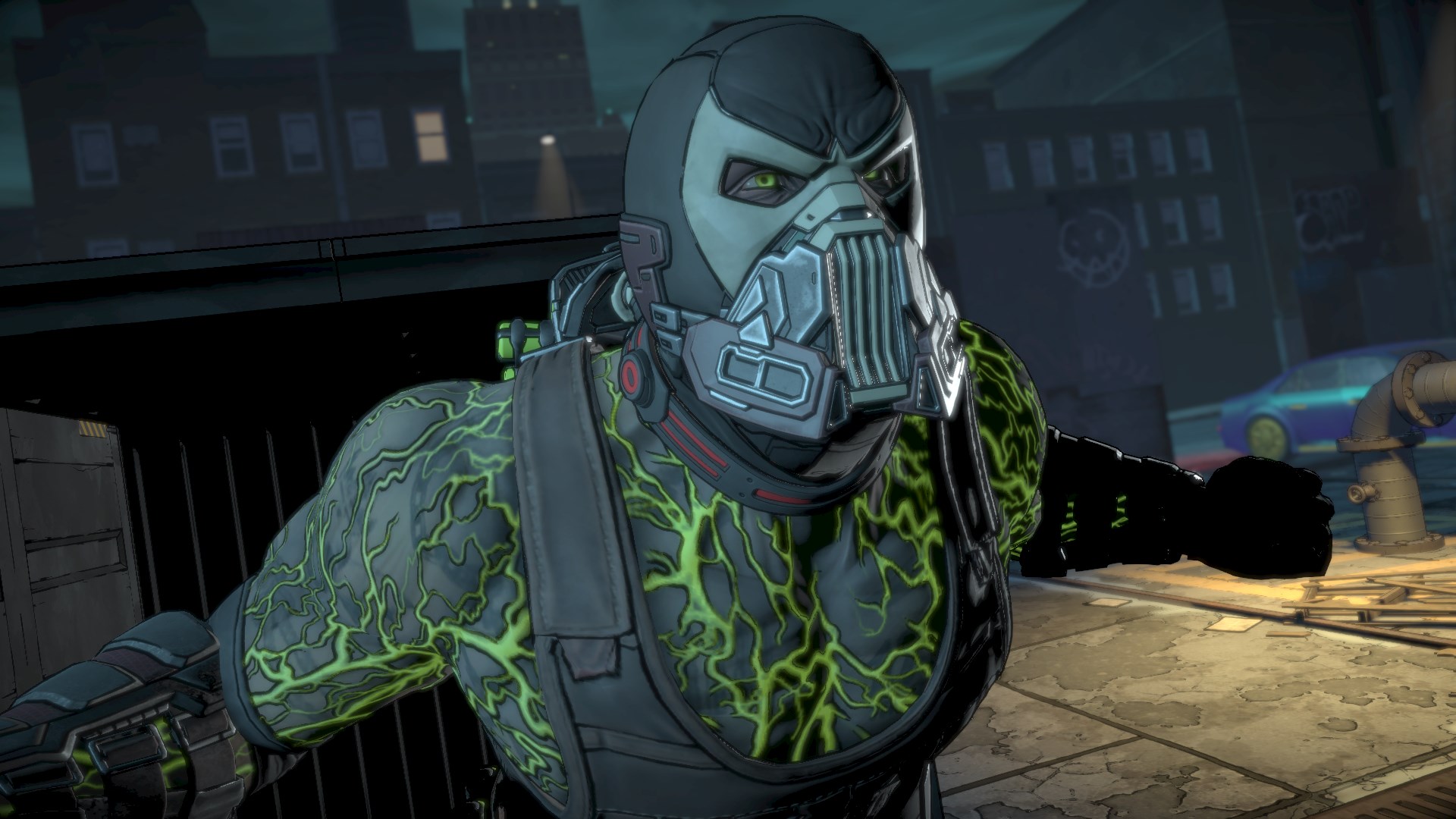 Throughout the Telltale series I’ve been a bit uncertain about some of the story choices… taking well known characters and putting new spins on them, most notably Bruce’s parents and their history. Even the Joker’s story arc has felt a bit uneasy for the different approach it takes… but I have to say that by the end, it really works as a motive for him to end up as the mad clown we all known and love. That’s kind of the thing… Telltale have told their own version of Batman… it sticks mostly to the story we know… but there are changes that make a big difference to how everyone fits together. The best way to take it is to remember that comics tend to have “rebirths” or “alternate universe” versions in an effort to enable stories to be retold with changes to make them fresh. It’s much like I told one of my children one time he was commenting on the latest superhero movie (and the internet’s standard complaining that it wasn’t exactly the same as their favourite comic story arc)… comics themselves retell the stories of our favourite characters… movies are basically just like those alternate universe versions of the stories, so to is Telltales series and what’s more important is their story works. 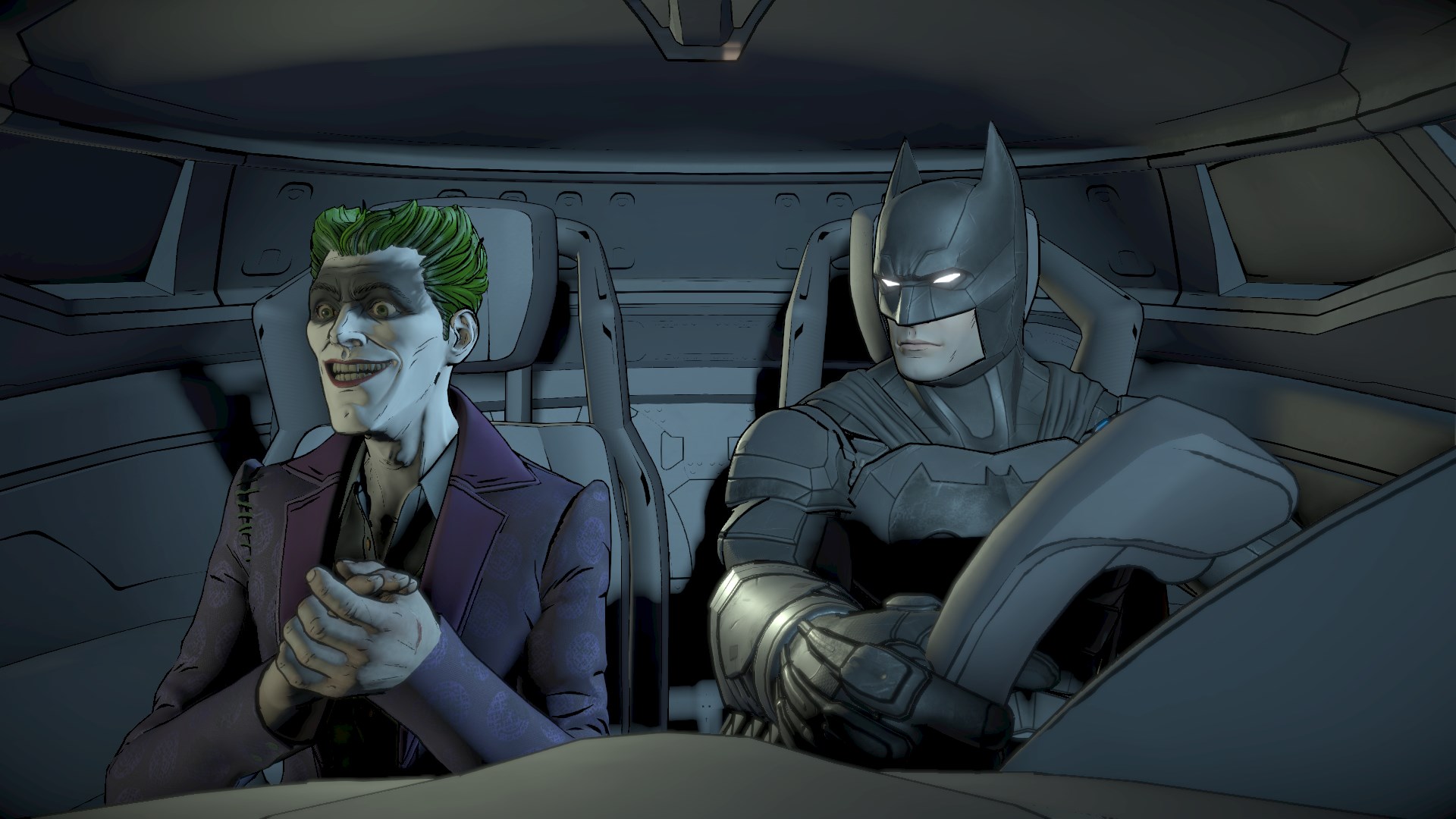 I really don’t want to spoil things for the game but I will say that the final decision you make is the one I took the longest time to make. Most of the decisions there is a bit of flexibility to the choice… you figure “I’d prefer to go with that option… but the other one is fine too”. The last choice you make… well… it is just that, the last choice you make. That’s also the strength of this series and it ties back into what I said earlier… the journey is what makes the game… but it’s seeing how that journey impacts the overall picture that can have you returning to the start to see just how much of a difference that other choice can make. If you saved one life over another, would it really have made much difference? 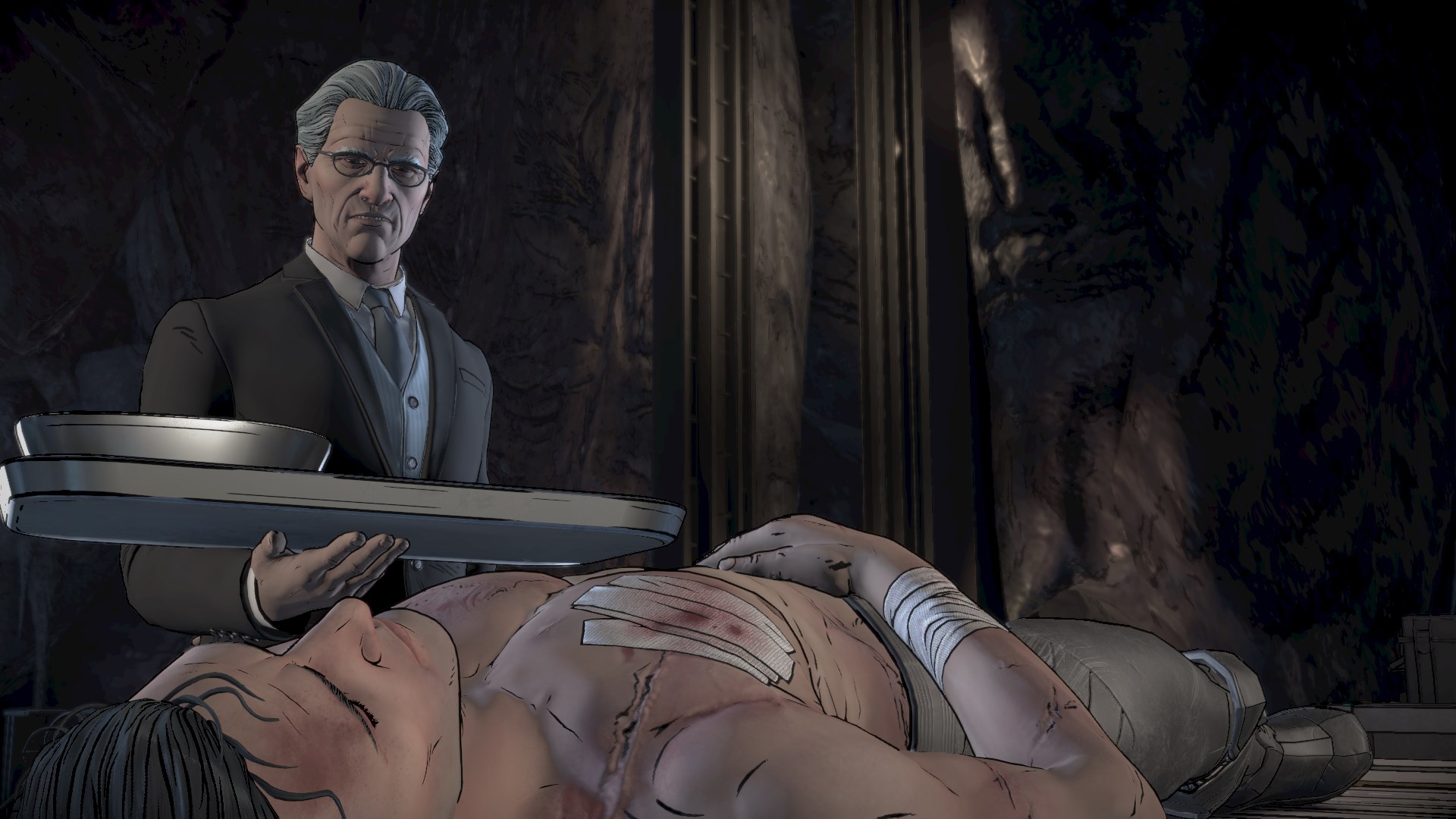 It’s been a great experience seeing a Batman/Bruce Wayne that is not only fallible but vulnerable, both physically and emotionally. This isn’t the perfect, buff, blemish free hero movies like to portray. This is the banged up, bruised and scarred fighter who needs to rest and recuperate but has no time to do so. Each character is fleshed out and has enough depth (certainly the main characters) to draw us in and make it that little bit harder to make some choices. Sure you can play through again and make a different choice… but that doesn’t make it any easier to make your choice in the moment, especially when the impact can be so significant. 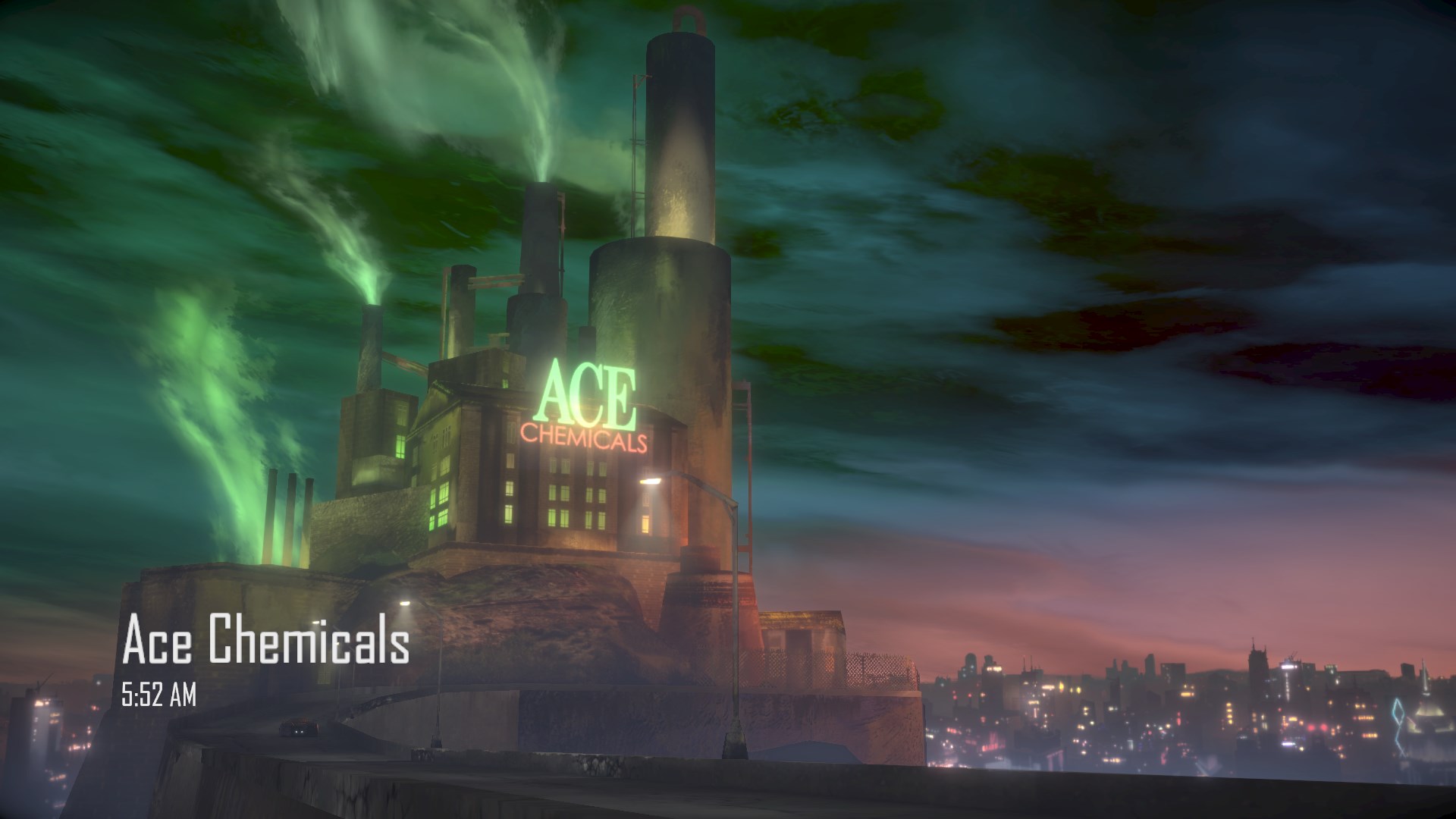 I was asked recently if I thought someone should but the game or wait for a sale. It’s somewhat a tough choice because the story is definitely worth it… if it was a movie I would say add it to your collection without hesitation (and this episode has some stunning use of lighting that really revs up that cinema feel). Personally, I’m a big fan of sales… partly because I don’t have much money but I also love a bargain. Is it worth full price (for the full season… I couldn’t recommend buying an individual episode… buy the lot or don’t buy any, there are no inbetweens) I would say it is… but grab it on sale if you can (hey it’s good to save a few dollars… and you’ll need some for the box of tissues you may well need for your play through). I’m a fan of the Bat… and this version of the Batman story doesn’t diminish that fandom… it may even have increased it.